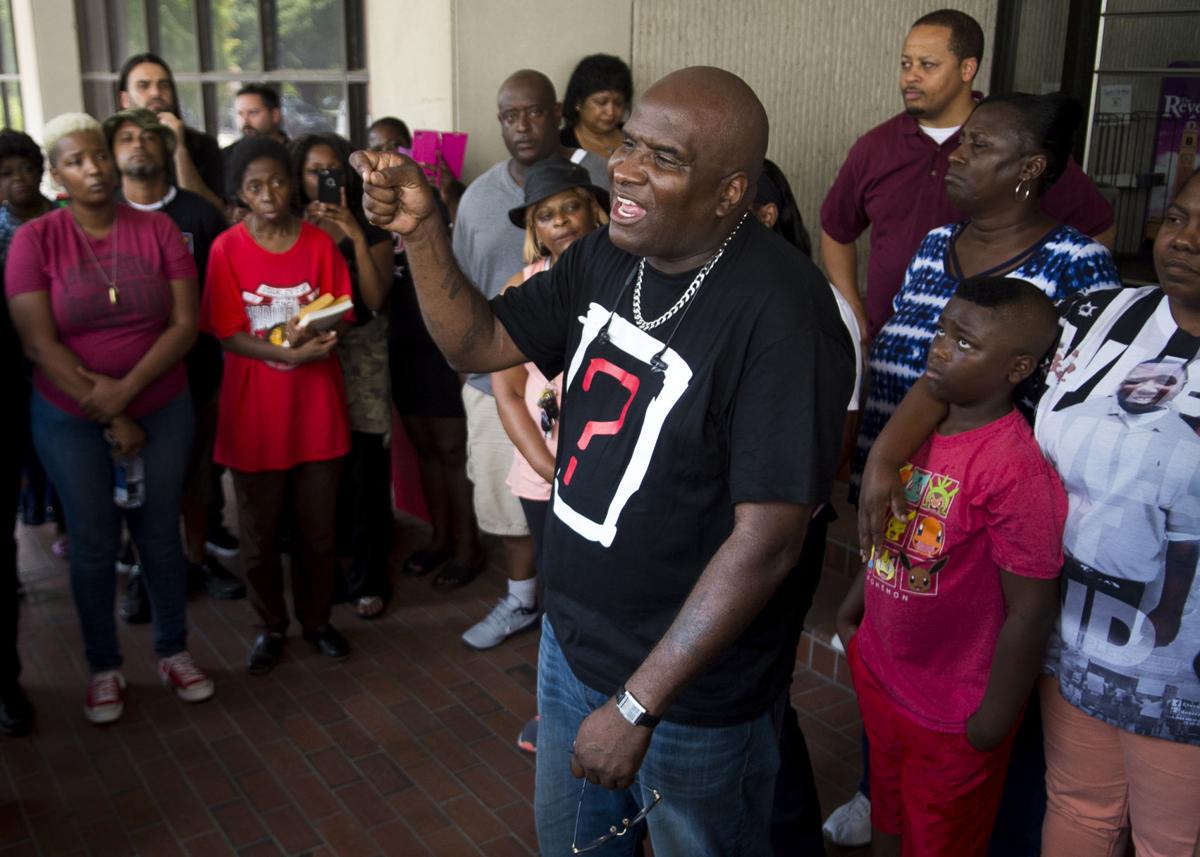 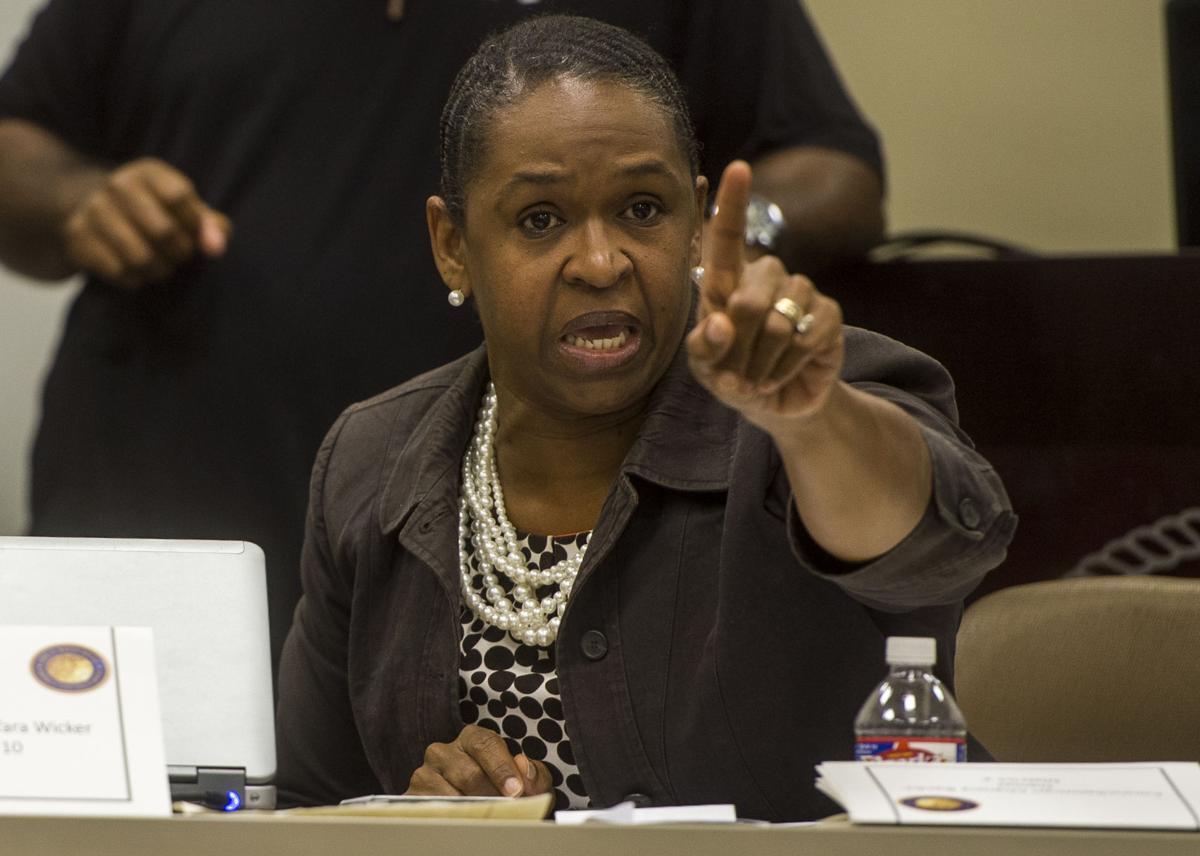 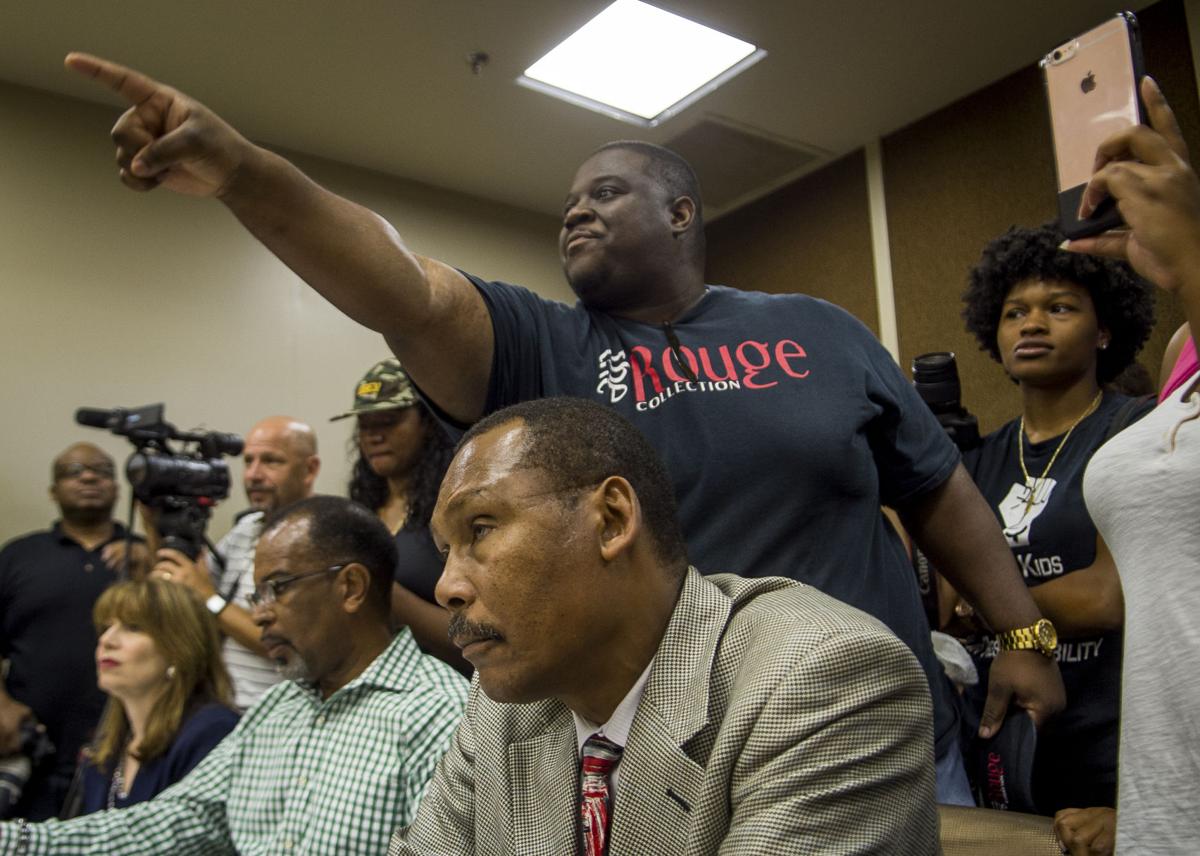 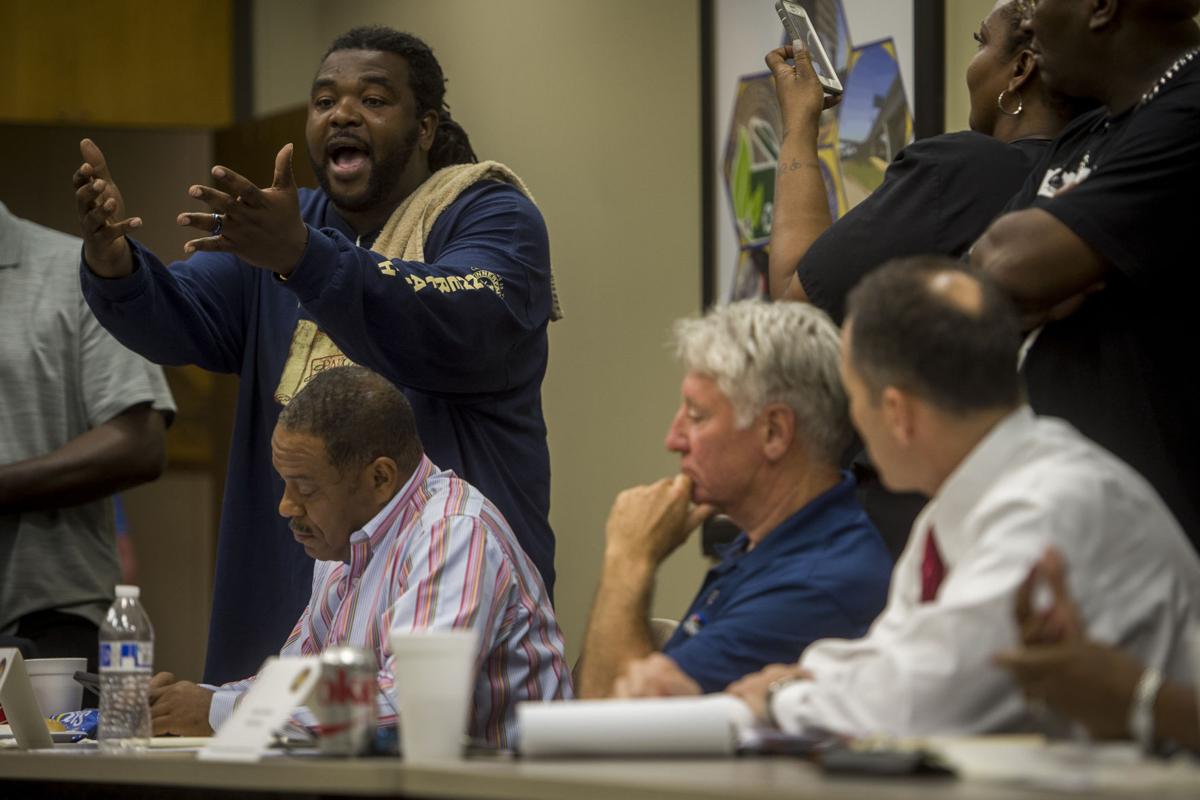 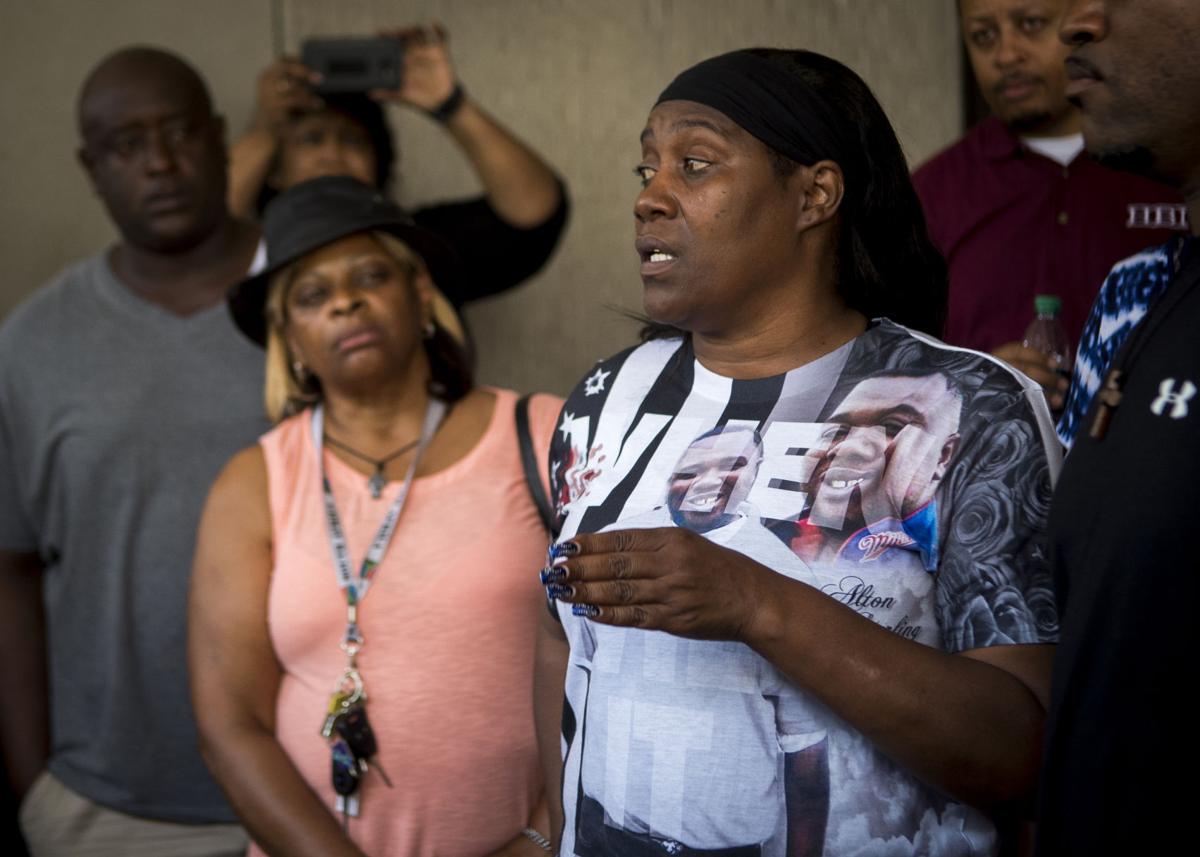 Sandra Sterling, aunt of Alton Sterling, speaks to protesters outside of City Hall in downtown Baton Rouge on Monday, Sept. 26, 2016. 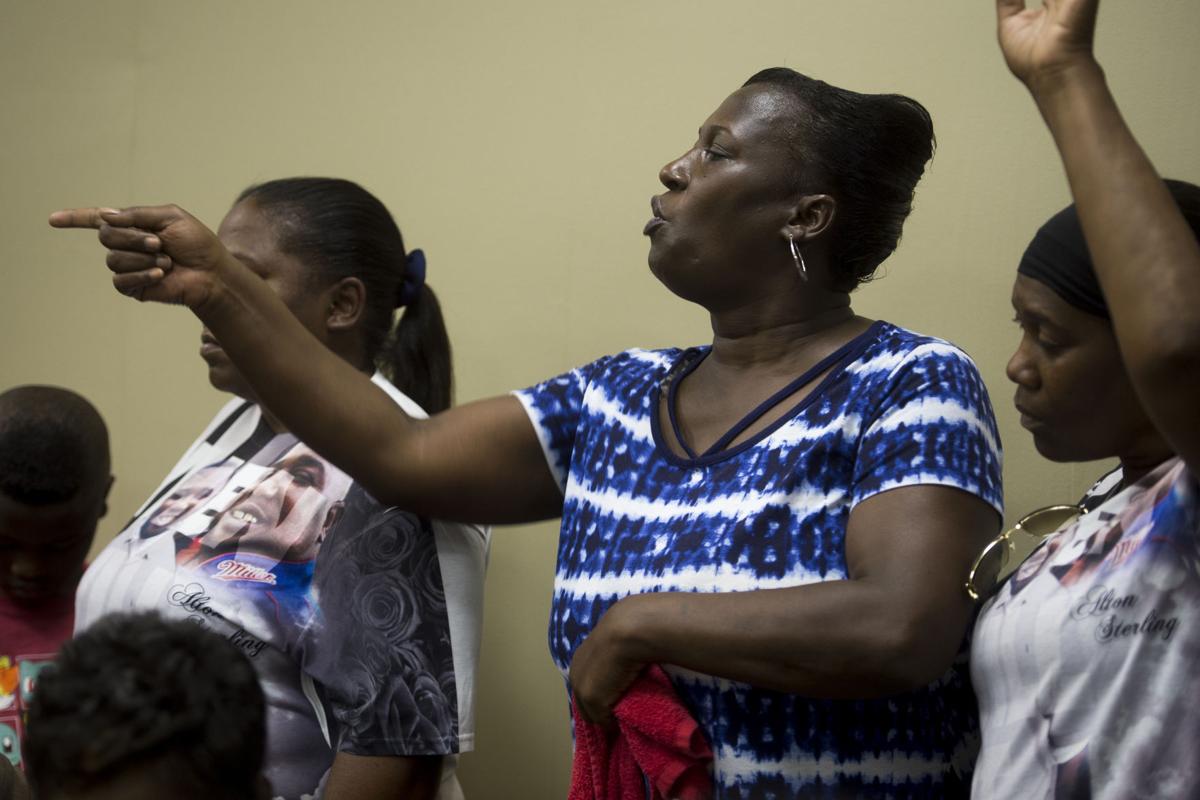 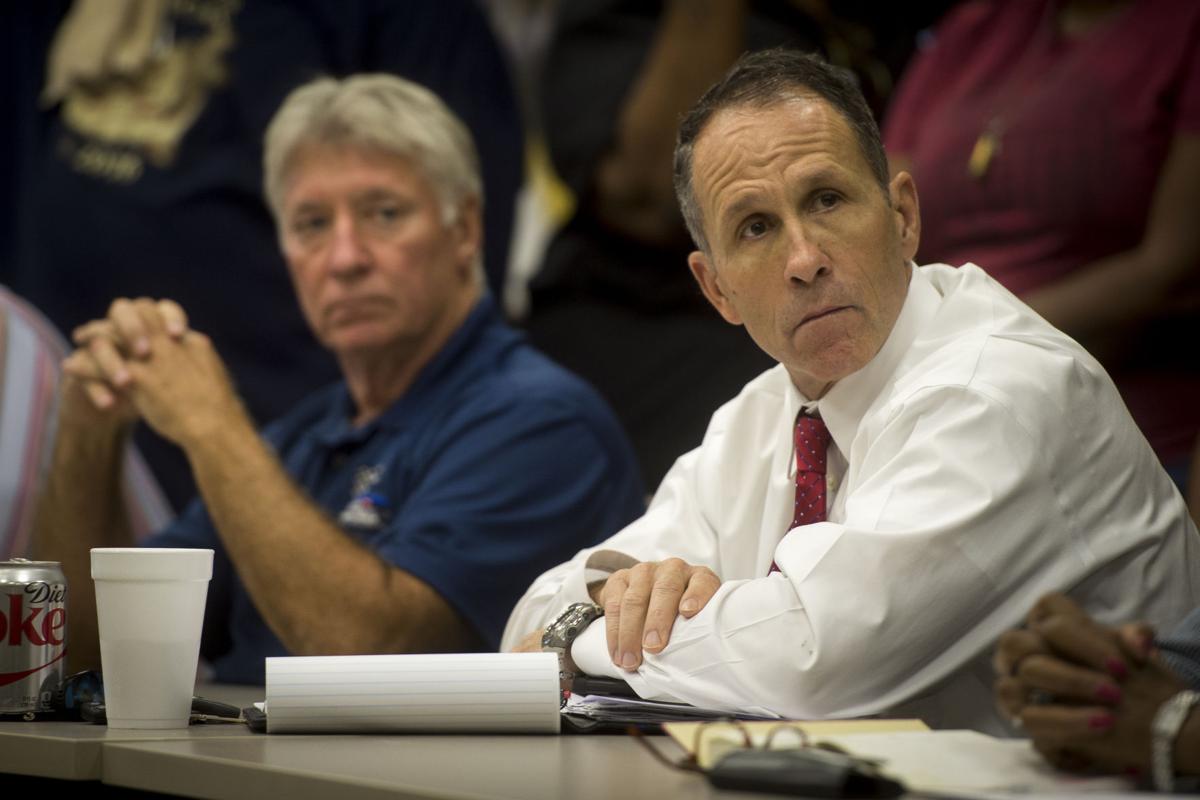 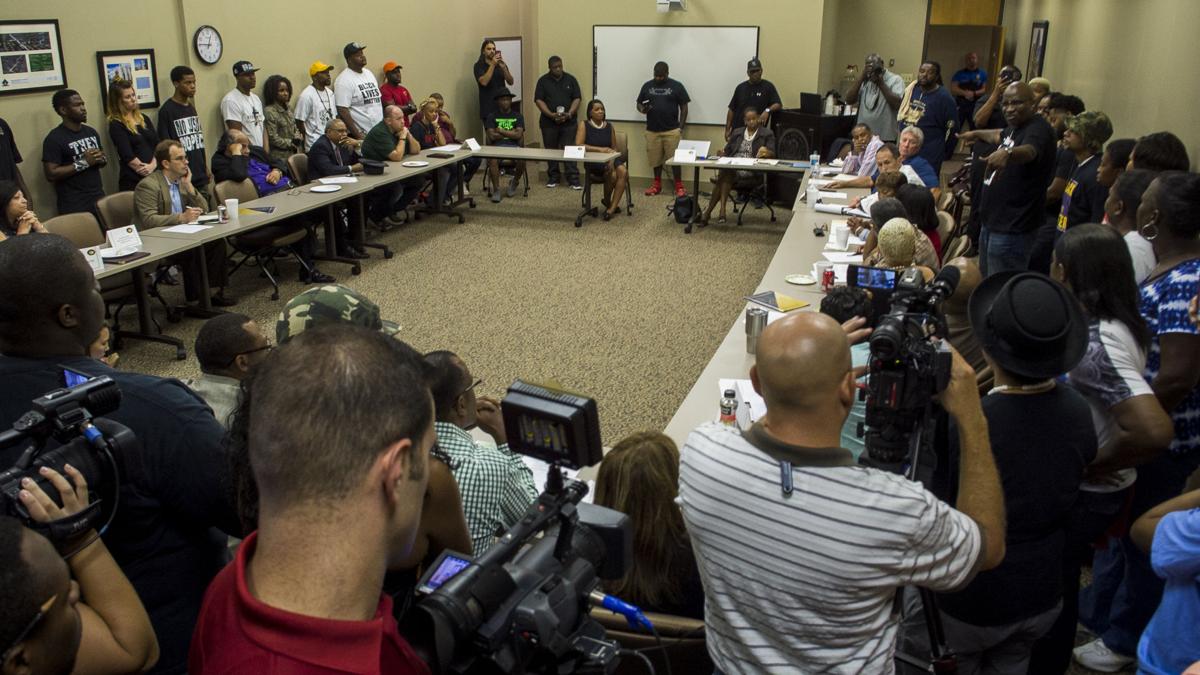 Protesters line the walls during a police reform meeting held at City Hall in downtown Baton Rouge on Monday, Sept. 26, 2016. 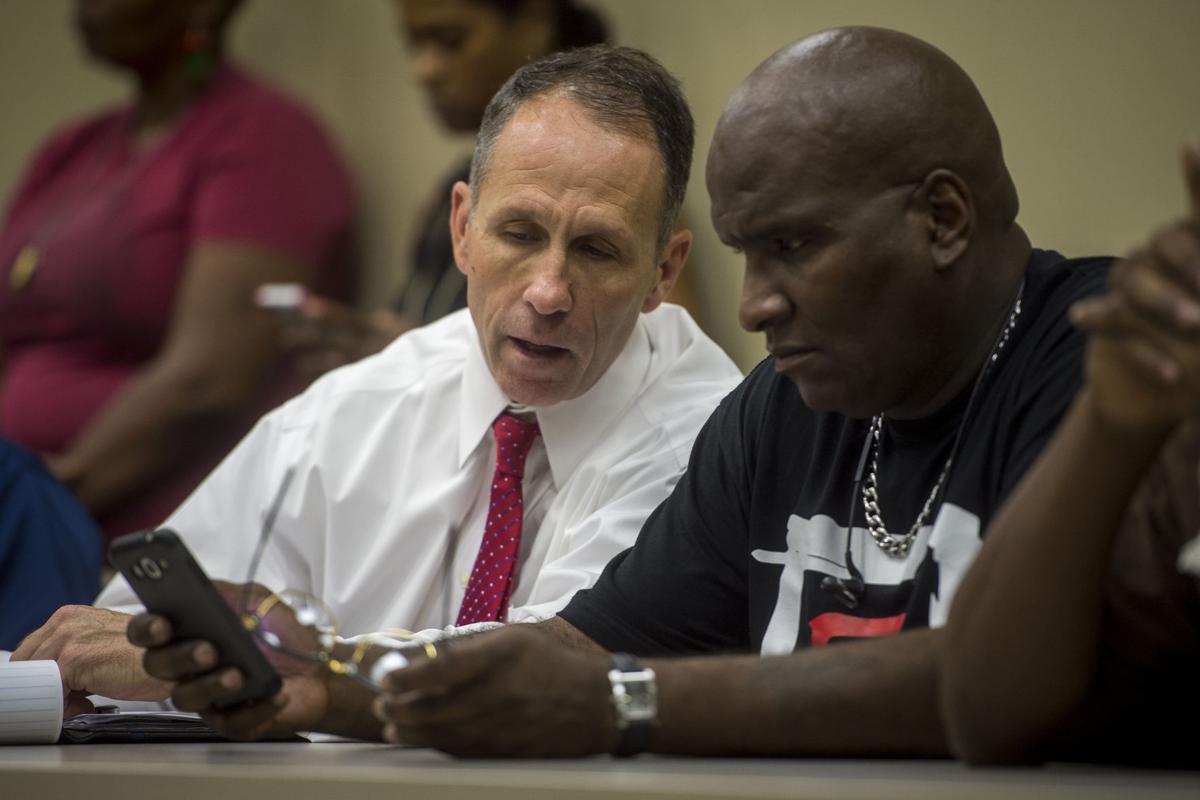 Sandra Sterling, aunt of Alton Sterling, speaks to protesters outside of City Hall in downtown Baton Rouge on Monday, Sept. 26, 2016.

Protesters line the walls during a police reform meeting held at City Hall in downtown Baton Rouge on Monday, Sept. 26, 2016.

Nearly three months after Alton Sterling's videotaped death in a Baton Rouge convenience store parking lot, demonstrators and relatives at a rally Monday outside City Hall demanded a swift resolution to the federal investigation into the killing.

Dozens of local activists and three of Sterling's aunts expressed growing frustration over the pace and secrecy surrounding the federal probe into Sterling's death at the hands of a Baton Rouge policeman. Plans for the demonstration initially called for a march across downtown to the Governor's Mansion, but in the sweltering heat, the roughly 60 protesters instead crammed into elevators and filled a room upstairs in City Hall where officials and local ministers were sitting at a table discussing police reform.

The clash of the two groups — officials seated, with activists standing in a circle around them — underlined the friction even among those battling for police reform over whether change will come from meetings or marches.

Protesters and officials at times engaged in shouting matches as they discussed related events — the arrest of an officer who killed a man in Tulsa, Oklahoma, and the release of police video of a fatal shooting in Charlotte, North Carolina — all demonstrating in their own way a renewed attention to change after devastating floods in August put a pause to such discussions. A handful of police officers stood watch as the volume rose in the room.

Pointing to quick moves by prosecutors in other places, activists wondered aloud how long federal investigators would take to conclude their probe into Sterling's death. Federal authorities have repeatedly declined to comment on the timeline of their investigation, and relatives of Sterling said Monday they hadn't received any word on when to expect the results.

Protesters also expressed fear that attention in Baton Rouge has shifted away from the shooting and their demands for reform.

"They chant his name all over the world but not in Baton Rouge," said Veda Sterling, one of Alton Sterling's aunts, addressing the group with tears in her eyes. "I want justice and I'm not going to wait."

The meeting on the 8th floor of City Hall was another installment in a series of informational meetings hosted by Metro Council members — Tara Wicker in particular — to talk about potential changes to police rules, pay issues, residency requirements and other topics that surfaced after Sterling's death.

The meeting Monday, also attended by East Baton Rouge Parish District Attorney Hillar C. Moore III and Baton Rouge Police Chief Carl Dabadie Jr., was a chance to hear from Synthia Taylor, head of the southwestern office of the U.S. Justice Department's Community Relations Service. A non-prosecutorial arm of the Justice Department, the CRS is a so-called "peacemaker" whose employees travel to parts of the country experiencing acute social problems, like racial tensions, and try to facilitate change.

During the first part of the meeting, Taylor showed a video depicting how a Justice Department program called Site Problem Identification and Resolution of Issues Together (SPIRIT) has worked in other places. Part of the way SPIRIT works, Taylor said, is to announce the program to a massive audience, such as on residents' water bills, and involve residents who might not already be included in brainstorming changes needed in the city.

Other leaders in the Baton Rouge community, a group that did not include mayor Kip Holden, joined in the discussion Monday, sitting in front of cards bearing their typed names.

But the buttoned-up vibe of the meeting was criticized by some of the protesters, who said they wanted a seat at the table and yet were growing impatient with staying peaceful and tolerating the plodding pace of reform.

"These other cities are tearing their cities up. When this first happened, the governor put me on the front lines and said, 'Sandra, keep it peaceful,'" said Sandra Sterling, the aunt who raised Alton. "Well I've been keeping peace, but it's 90 days now. How much longer do I have to keep peace?"

Sandra Sterling, in a T-shirt printed with her nephew's image and the words "When will it end?", said some city leaders, some of whom she said were seated right in front of her at the table, no longer return her calls.

Sandra Sterling also asked the room: "Are y'all glad we kept the peace?"

Dabadie, the police chief, who didn't speak much during the meeting, replied, "Yes."

In past months, Dabadie has publicly defended his officers, many of whom wore military-style gear as they arrested protesters after Sterling's death. After two of his officers and a sheriff's deputy were slain by a Missouri gunman in July, Dabadie pointed out at one of the officers' funerals that police have good reason to want wear protective gear and carry rifles.

Though the man who shot the officers, Gavin Long, had said he wanted to avenge the deaths of black men who were killed by police, he doesn't appear to have been linked to the protesters or demonstrations after Sterling's death.

But just what changes protesters, politicians and community leaders are pushing at the Baton Rouge Police Department remain unclear. The only substantive proposal to reach the Metro Council, a residency requirement for officers, has so far languished on the agenda.

Some protesters alluded to the momentum in Charlotte, where after days of unrest following the killing of Keith Lamont Scott by police on Sept. 20, officials finally responded to pressure by releasing body and dashboard camera videos of the shooting.

No police videos have emerged of Sterling's death. Only cell phone clips filmed by residents were leaked.

Dabadie, after the meeting, said releasing the official videos of Sterling's killing is no longer his call to make, since the entire file is in the hands of the U.S. Justice Department.

Wicker said she'd welcome such videos to be released more quickly in the future, while Trae Welch, another councilman, said he was wary of issuing such evidence because it could be used to fuel a distorted narrative.

Gary Chambers, a north Baton Rouge activist and publisher of the Rouge Collection who helped organize Monday's protest, spoke of cutting back civil service protection for police officers, which Chambers said ties the hand of the police chief in doling out punishment at the department.

Chambers and other protesters also spoke of more disparate goals: Economic investment in the north side or requirements for more local government contracts for black-owned businesses.

Wicker said the next step will be to host an informal gathering on a Friday night with refreshments so protesters, city officials, ministers and anyone else who wants to join can hash out ideas about police reform in a casual setting. The next morning, she said, the city would provide a continental breakfast at a large venue like the River Center for an all-day forum to craft specific policy proposals.

But the three Sterling sisters, who each made emotional pleas outside City Hall and again at the 8th floor meeting, said their focus remains on winning what they consider justice for their nephew.

"All these people in all these offices don't care about Alton," Lorna Sterling cried to Moore, the district attorney, as she left the meeting, gesturing around her in the halls of City-Parish government. "It's just another black man off the street to them."

Letters: Why are we still fighting?

So America, where do we go from here? Clashes between two groups of our citizens has long been put to rest after the Civil War. Why then are w…