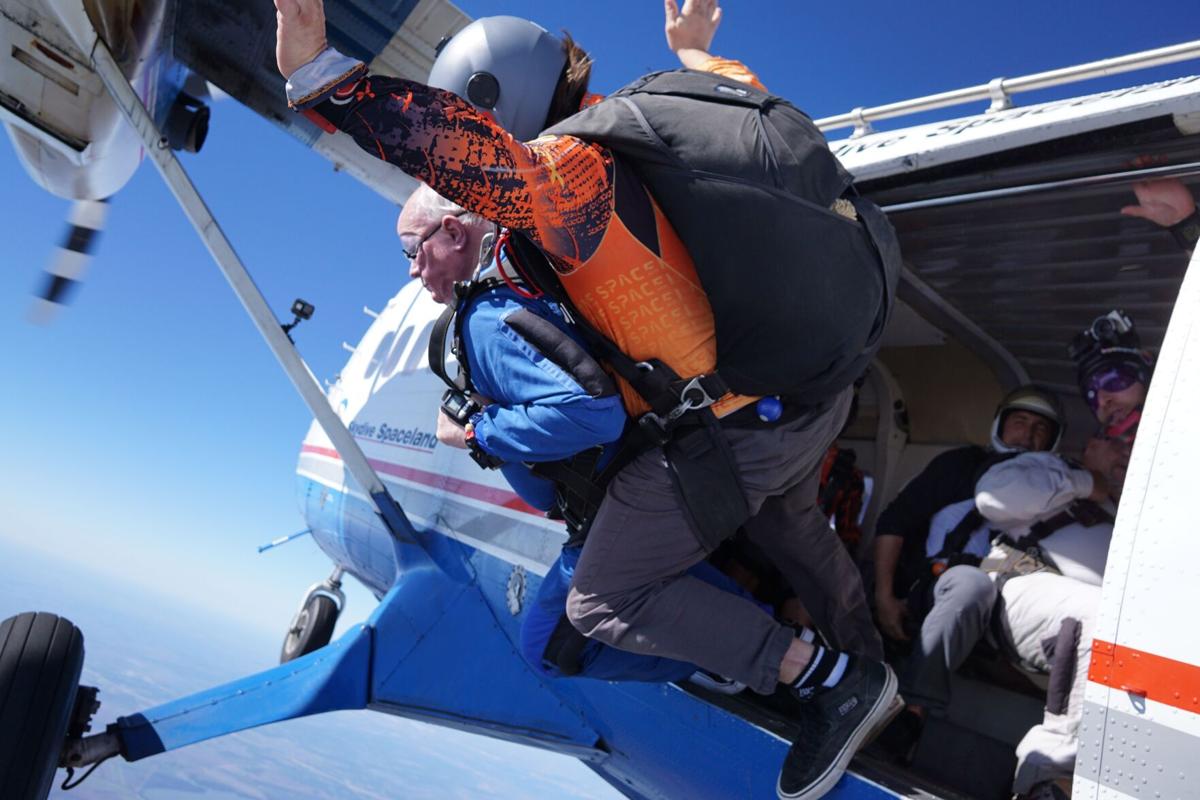 Frederick Lake Sr., 88, went skydiving with his son and grandson on Veterans Day. All three are military veterans. 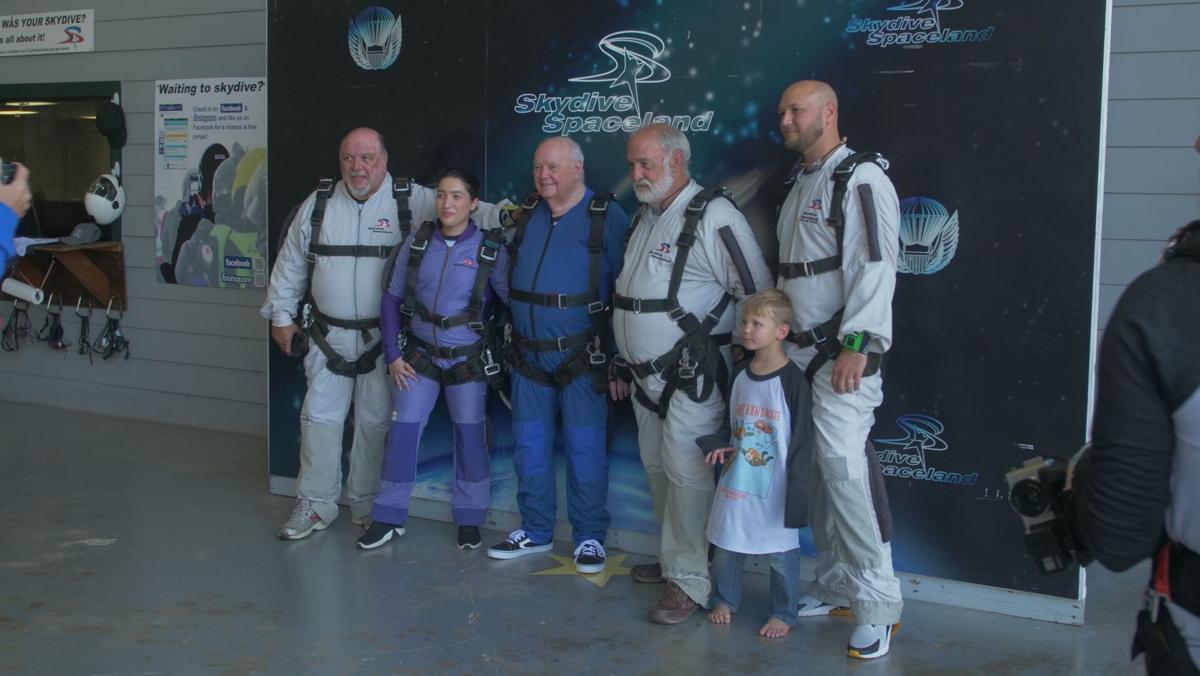 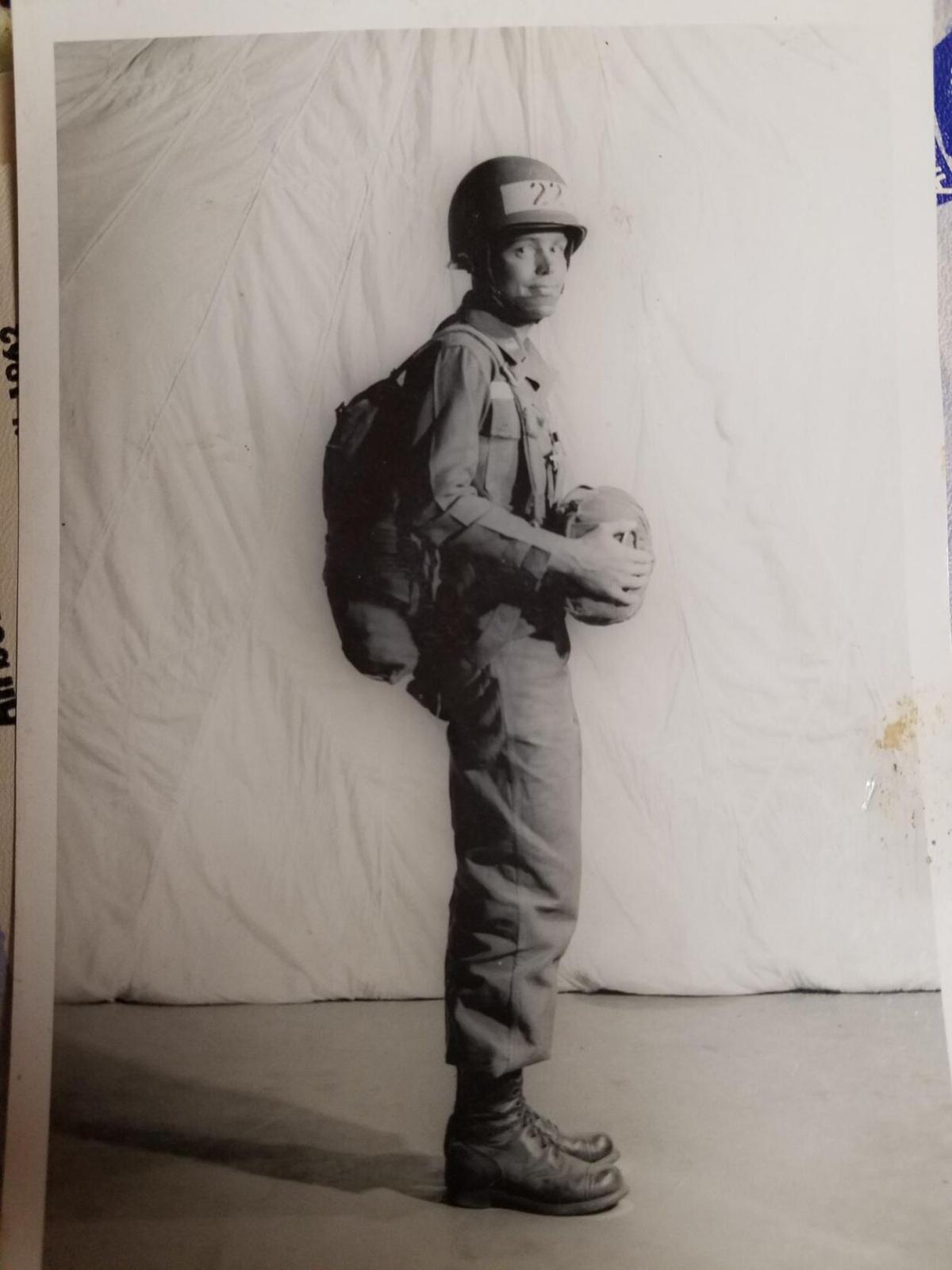 Frederick Lake Sr. parachuted 32 times over the course of his career in the U.S. Army. This Veterans Day, at age 88, he went skydiving with his son and grandson.

Frederick Lake Sr., 88, went skydiving with his son and grandson on Veterans Day. All three are military veterans.

Frederick Lake Sr. parachuted 32 times over the course of his career in the U.S. Army. This Veterans Day, at age 88, he went skydiving with his son and grandson.

Frederick Lake Sr. had parachuted from an airplane 32 times over the course of his career in the U.S. Army.

But the 88-year-old former paratrooper and Green Beret and current business accountant wanted to jump from a plane at least one more time.

He took the plunge Thursday, on Veterans Day, from 14,000 feet with his son and grandson, both of whom are also veterans.

The retired Army lieutenant colonel and his family had to wait out stormy weather at a private airport in Houston, Texas, but, when the time came Thursday afternoon, Lake and his son and his grandson were ready for what eldest Lake described as a great jump.

"We sat for five hours waiting for the clouds to clear, and once they cleared, they were, 'Go,'" he said. "And they turned the clock on, and right on the button went up and out."

Lake Sr., who lives in Ponchatoula, called peering out of the open door of the plane moments from his jump and thousands of feet above the earth, "not unusual," given his past experience. When he was an Army paratrooper, he jumped from a much lower height, though, 1,500 feet.

Lake Sr. joined the Army at the end of the Korean War. He said he spent 36 years in active duty, reserve or National Guard service. Later in life, he worked as an "advance man" for President Gerald Ford and took his last military jump in 1987.

One of Louisiana's most decorated veterans recalls WWII: 'For me, Veterans Day means freedom’

The skydiving in Houston was made possible by a California nonprofit called My Jump. It helps senior citizens fulfill "bucket list" wishes, the group says.

Seven years ago, Lake Sr. had told his son, Fred Lake Jr., about his wish to hit the silk once more, a news release from the group says.

"He (Dad) came to me and said, 'I’d really love one last time to have an opportunity to jump out of a plane,'" I said, 'I’m really sorry, it’s not gonna happen,'" Lake Jr. said in the statement.

But Lake Jr. said had a chance viewing in 2019 of a television news show about My Jump and its fulfillment of the wishes of two grandmothers to skydive.

Lake Jr., who is 63 and served in the Coast Guard, said he sent correspondence asking My Jump to consider a multigenerational skydive, leading to Thursday's jump on Veterans Day.

Fred Jr. also convinced his 33-year-old son, Freddie, a Marine who was a 10-year combat veteran in Afghanistan, to join him, though both the younger Lakes had misgivings.

Lake Jr., who lives in Gonzales and sell pipes with Freddie to the oil and gas industry, said he had a bit of a different feeling than his father while looking out the open door of the plane.

"Frightening," he called it.

"I've been in a lot of airplanes. I've been way up in the air and never had any type of issues, but when you're 14,000 feet up in the air and they open that door, and all of sudden there's no windows, no walls, no nothing, it's just you and the air, it's like, 'Oh, gosh, breathe,'" Lake Jr. said with a laugh. "'Just remember to breathe, breathe, breathe,' and, next thing you know, 30 seconds later, you're going out."

Lake Jr. said he had 60 seconds of free fall, where he reached speeds of 120 mph, until he reached about 6,000 feet when the ripcord was pulled and the parachute opened.

It took three to five minutes to reach the ground for soft landing on the grass.

All three men jumped tandem, attached to an experienced skydiver.

Lake Sr. wanted to jump solo, like he did in the old days, but agreed to do the tandem jump.

The youngest Lake may one day be a part of the eldest Lake's next bucket list project.