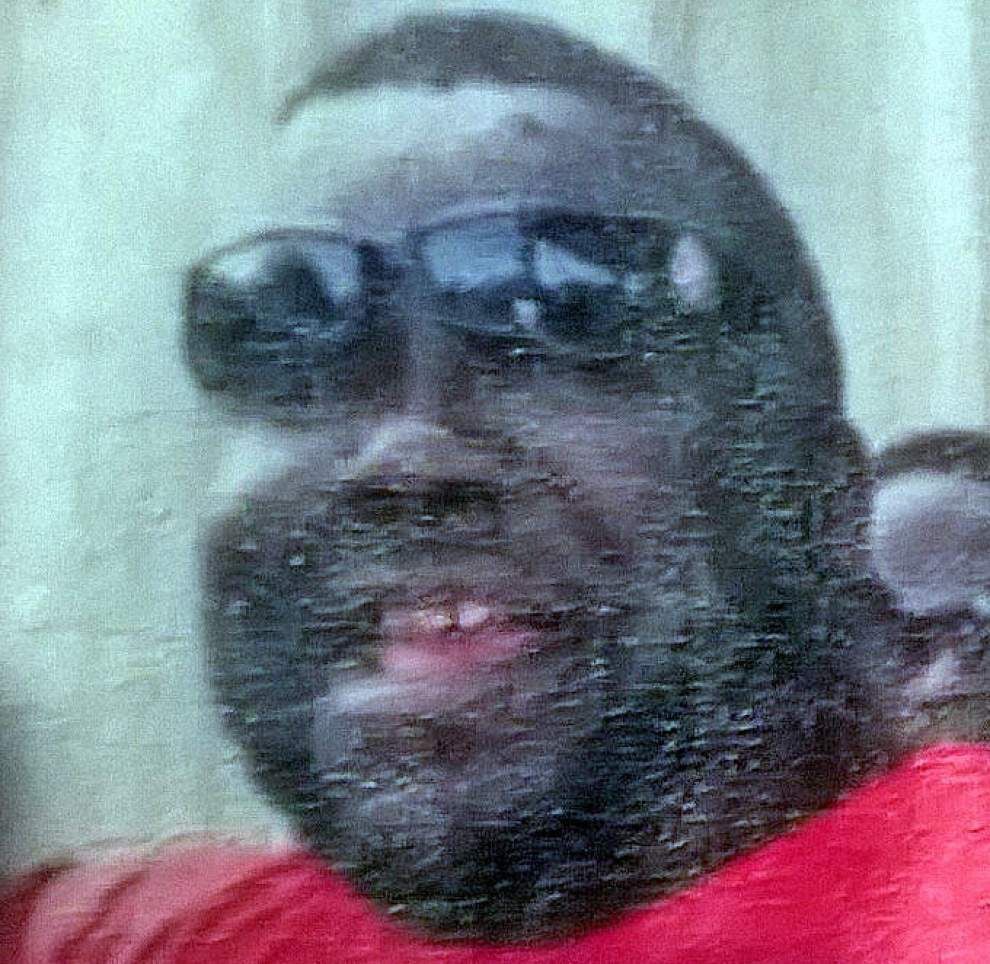 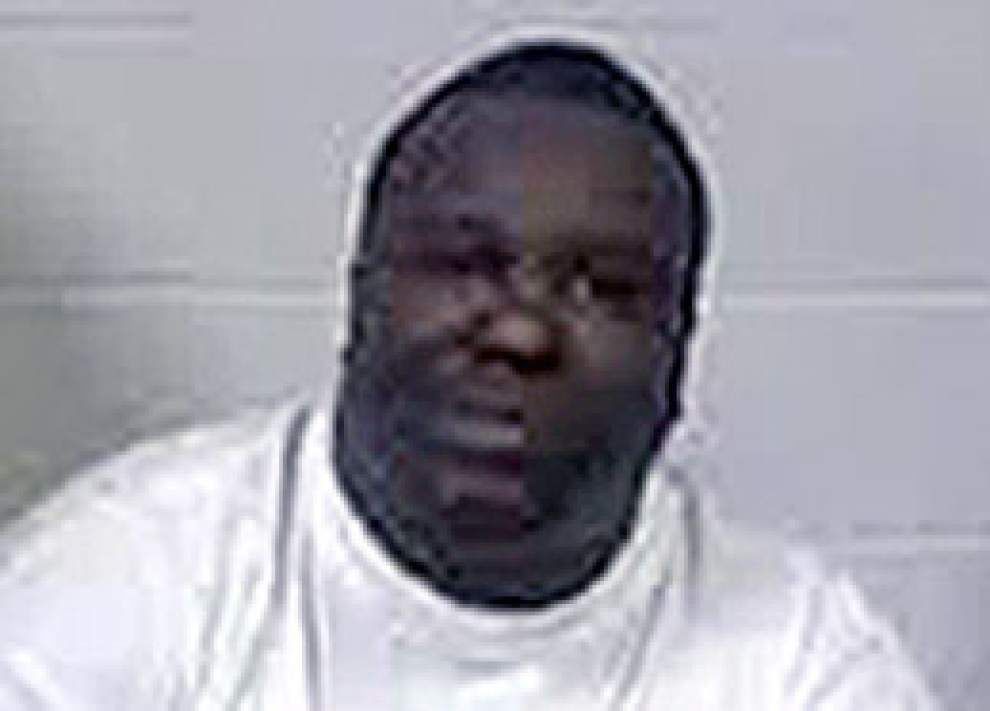 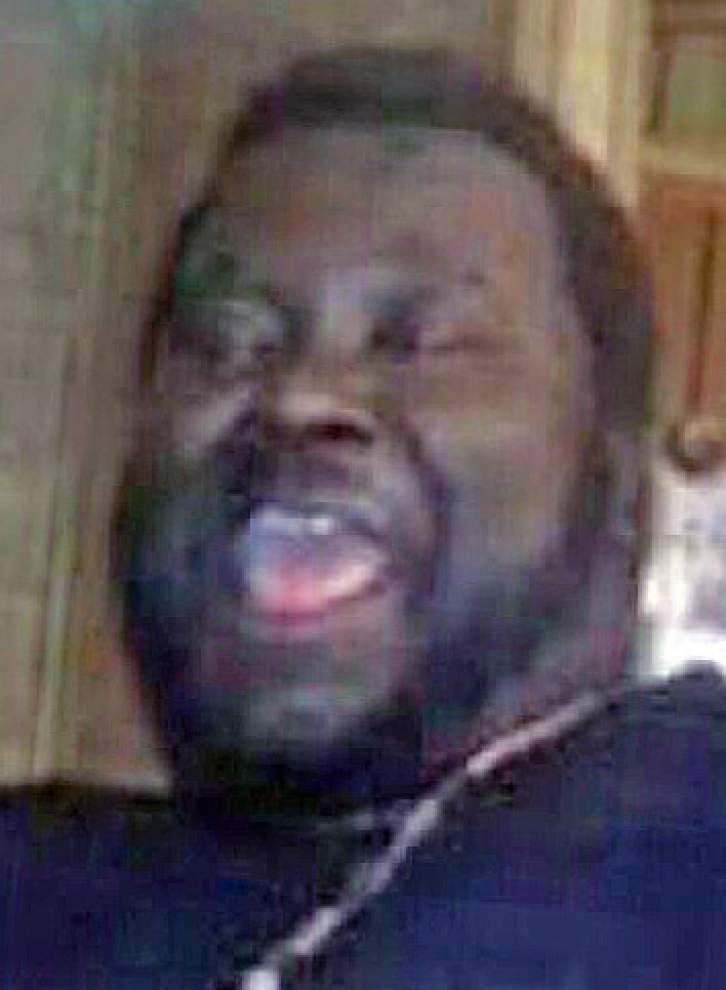 The final moments of Ervin Leon Edwards’ life were spent facedown on the floor of the West Baton Rouge Parish Jail.

Dragged into an isolation cell and surrounded by about half a dozen law enforcement officers, Edwards sometimes struggled with them. At other times, he appears to be lying still, according to recently obtained video footage of the incident.

At one point, while Edwards apparently resisted attempts by officers to restrain him, a Port Allen police officer shocked Edwards with a stun gun. Not long afterward, the inmate quit moving, the footage shows.

The officers then slowly backed away from him and exited the cell. Except for a few peeks through a window of the cell’s door, about 10 minutes go by on the video before deputies and officers returned to the cell to check on him. Edwards, lying still on his stomach, doesn’t appear to move at all during that time frame.

For corrections and use of force experts who reviewed the video footage, that 10-minute gap without checking on Edwards looks like a critical error.

“The fact that the subject appeared unresponsive, perhaps unconscious on the floor as the officers withdrew from the cell, should have resulted in an immediate request for medical intervention and a quick determination of whether there was a pulse or breathing,” said Greg Meyer, who retired several years ago as a captain with the Los Angeles Police Department and is recognized nationally as a use of force expert. “If not, CPR should have been started immediately.”

Col. Richie Johnson, a West Baton Rouge Parish Sheriff’s Office spokesman, said an internal review of the events that occurred before and after Edwards’ death did not reveal any criminal wrongdoing by any of the officers involved in the incident.

The Sheriff’s Office has since turned over the findings of its investigation to the U.S. Department of Justice in Washington, D.C., Johnson said, and he declined to comment further about the incident because of pending litigation.

Edwards, a 38-year-old Jennings native, died on Nov. 26, 2013, on the floor of the jail cell. His cause of death was classified as “undetermined” by death investigators, officially a result of “acute cocaine and phencyclidine (PCP) intoxication in association with restraint by law enforcement,” according to his autopsy report.

Because the video footage from the isolation unit is somewhat grainy and was captured from a camera high in the corner of the cell, it’s difficult to tell exactly what happened in the few minutes prior to Edwards’ death.

But the 10 minutes after his struggle with officers are deserving of scrutiny, Meyer said.

“When someone appears unconscious, you need to get medical attention,” he said.

While critical of the slow medical response, the retired captain also said Edwards’ death likely was the result of “excited delirium,” referring to a controversial diagnosis for in-custody deaths resulting from a combination of drug intoxication, restraint efforts by law enforcement personnel and other factors, such as an inmate’s overall health.

“This incident has all the appearances of a typical arrest-related death that happens hundreds of times each year around the country,” Meyer said, “and this subject may well have passed away regardless of police and medical intervention.”

Some use of force and corrections experts questioned whether Edwards should’ve been flagged by the officers prior to his arrival at the jail as someone who might be more affected by a shock or other restraint methods because of his physical and mental state. He was described in the death report as morbidly obese and his family said he suffered from high blood pressure, partial deafness and a mental disability.

According to a wrongful death lawsuit filed in federal court in February 2014 on behalf of Edwards’ only son, Ervin Edwards was with his girlfriend at a gas station near Port Allen on Nov. 26, 2013, when the couple got into a “minor argument.”

By the time West Baton Rouge Parish sheriff’s deputies responded, the argument was over, the lawsuit says.

Nevertheless, deputies began to question Edwards about his “sagging” pants, the suit says, and before long Edwards was being arrested.

By the time the Port Allen officer, Dustin McMullan, arrived at the gas station, Edwards already was in restraints, according to a police incident report. McMullan said Edwards was combative during the arrest process, threatening multiple times to kill the officers who were arresting him.

At one point while still at the gas station, the lawsuit says one of the law enforcement officers threatened to “tase” Edwards. When his girlfriend heard this comment, she begged the officers not to shock him because of his high blood pressure, the suit says.

While authorities didn’t shock Edwards at the gas station, a Port Allen police officer did end up shocking him inside the cell.

It’s difficult to tell from the video footage how many times or how long the officer shocked Edwards because other officers obscured the view inside the cell. It is clear, however, that Dustin McMullan kept the stun gun pressed against Edwards’ buttocks in “stun drive” mode for more than a minute — a fact apparently in direct contrast with McMullan’s recollection of the event in the police incident report.

McMullan wrote in his report that he warned Edwards three times to quit resisting officers’ restraint attempts before he pulled his stun gun from its holster and pressed it against Edwards.

“I then pulled the trigger on the Taser using the full five second circle on Edwards,” he wrote, meaning he shocked him for five seconds, which is the longest a shock can be applied without stopping for a brief time and pulling the trigger again. “However, the Taser did not appear to have any effect on Edwards.

“Due to the obvious lack of effect of the Taser, I then re-holstered it,” McMullan wrote. “I then again assisted in restraining Edwards using empty hand control techniques” before the officers were able to remove the restraints from Edwards’ ankles and hands and all exit the cell.

In contrast to McMullan’s report, the video shows him keeping the stun gun pressed firmly against Edwards for nearly a minute and a half. While it’s unclear how much of that time was spent shocking the inmate, a bright blue light can be seen between the stun gun and Edwards on several occasions during a roughly 45-second period.

Also in the report, McMullan said another deputy checked on Edwards after the use of force episode and saw the inmate breathing and moving his arms.

But in the video, Edwards doesn’t appear to flinch.

John Jakuback, McMullan’s attorney, said there is “overwhelming evidence” that McMullan’s use of the Taser “had nothing to do with Mr. Edwards’ death.”

Jakuback also noted that McMullan was one of the law enforcement officers who administered CPR to Edwards once the deputies and officers realized Edwards was unresponsive inside the cell.

“The witness statements taken at the scene of Mr. Edwards’ arrest at the gas station, video footage, and Jefferson Parish autopsy report confirm that neither Port Allen officer acted in any way inappropriately,” said Jakuback, who also is representing another Port Allen police officer who helped transport Edwards to the jail, “and that no action taken by those officers caused or contributed to Mr. Edwards’ unfortunate death.”

Glenn Holt, a corrections expert with more than 20 years of experience in juvenile and adult detention centers, including some in Louisiana, described the handling of Edwards inside the jail as “bad correctional practice.”

Holt echoed Meyer’s concerns about the delay in providing Edwards medical attention after the shock and other forcible restraint efforts were applied inside the cell. He also questioned whether — as it appears in the video — several large men needed to be pressing down on Edwards inside the cell, even considering Edwards’ large size.

Holt said best practices for use of force include only using as much force is necessary to gain compliance. And once force is used, it’s imperative to provide the person with medical attention as soon as possible, particularly if the person appears unresponsive, Holt said.

“This is bad practice all the way around,” Holt said. “One of the worst things I’ve seen.”