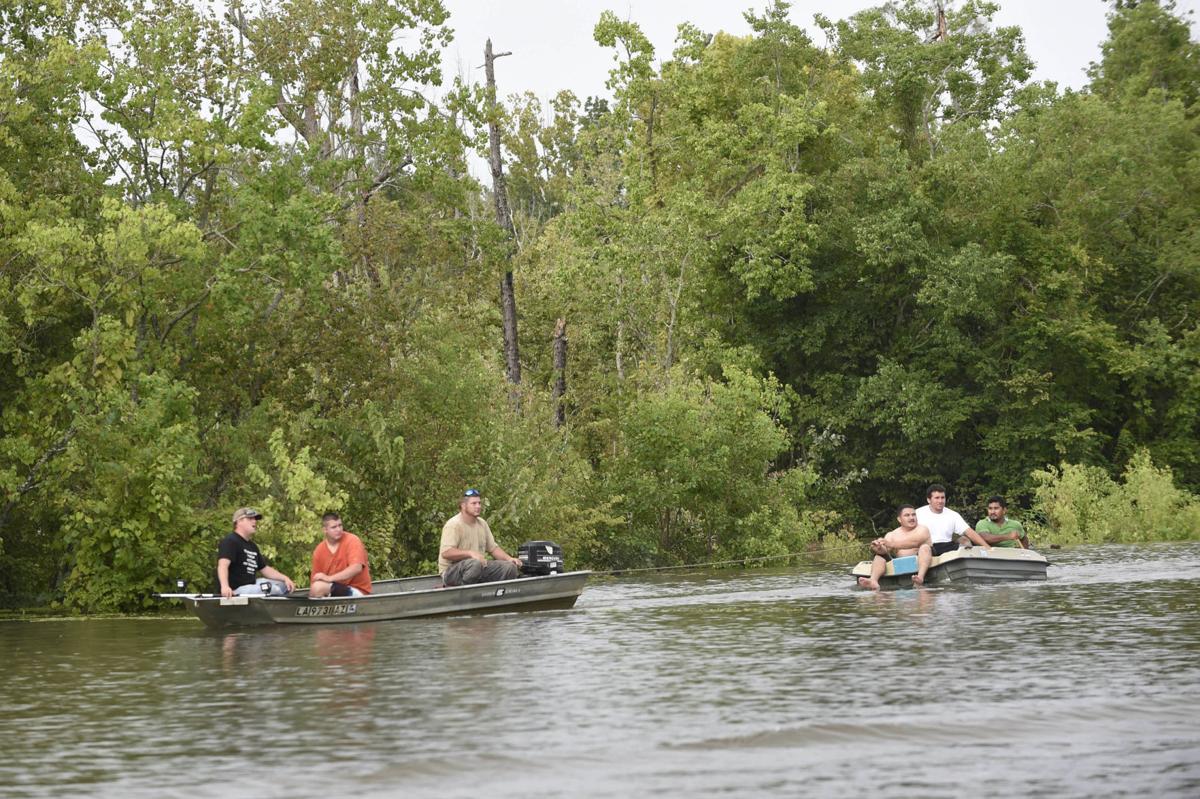 People tow a small boat behind them, with Central residents from Watts Road, as they come down flooded Hooper Road in the late afternoon on Aug. 13, 2016. 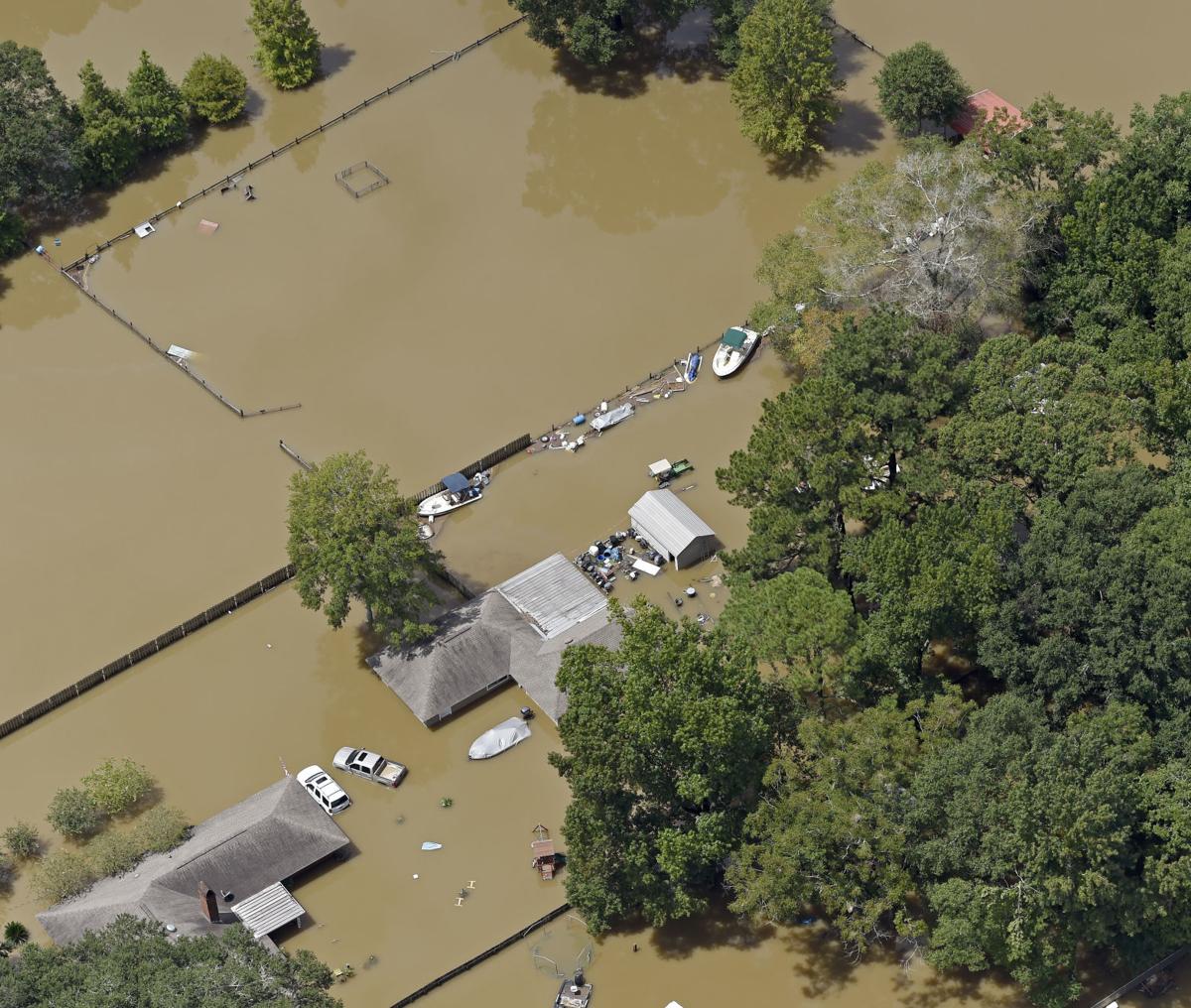 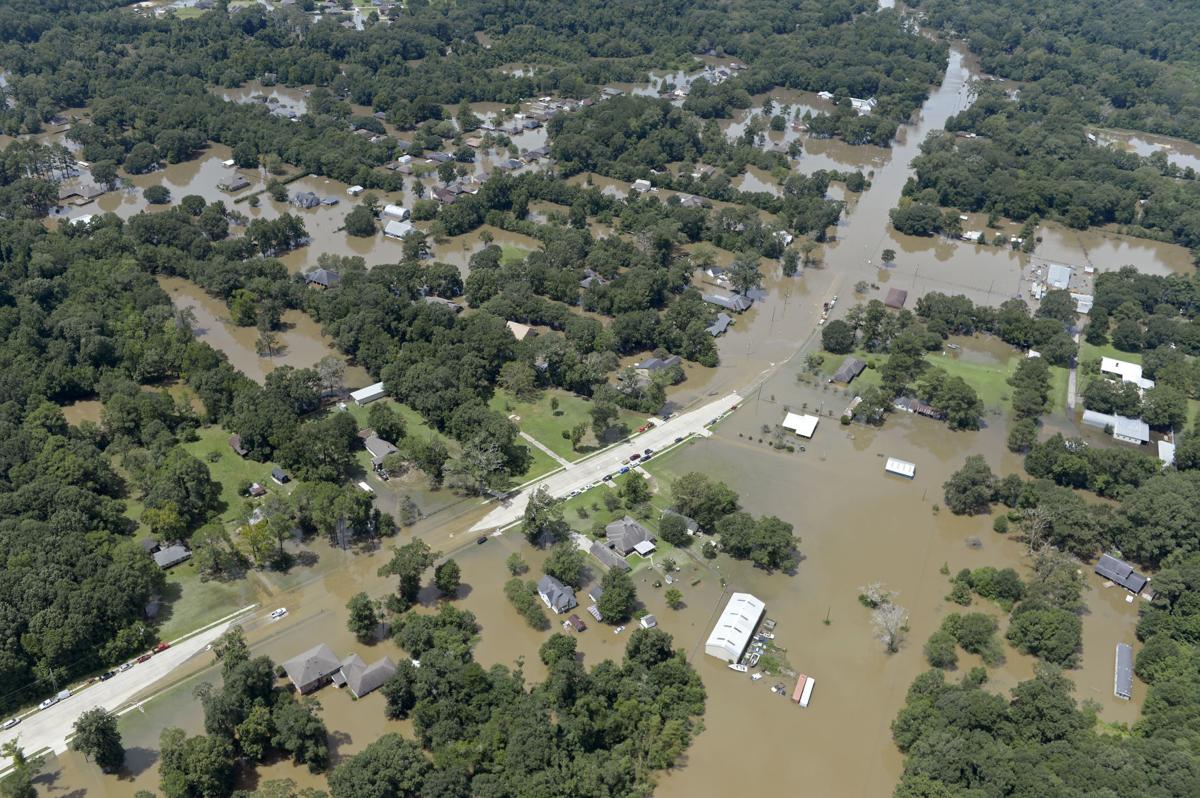 Houses take on water in the Hooper Road area close to the Central area during severe flooding in East Baton Rouge Parish on Sunday August 14, 2016. 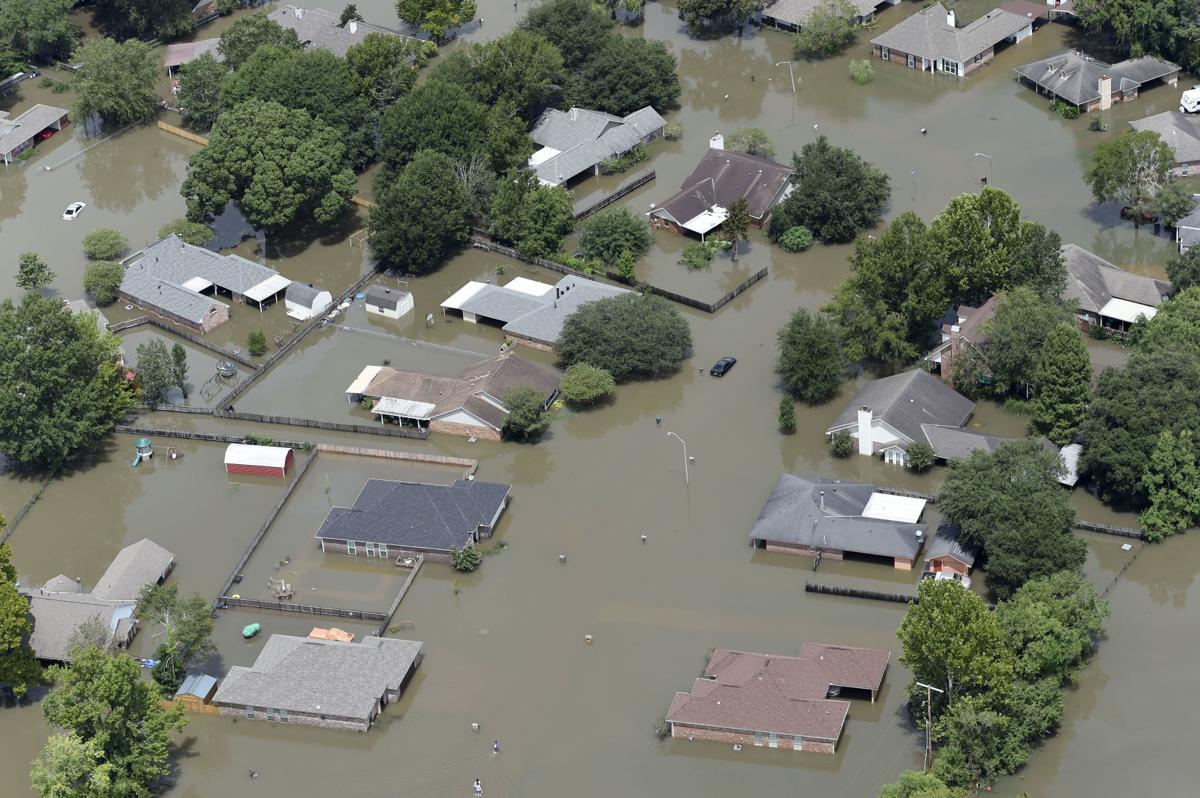 Aerial of severe flooding in the Central area of East Baton Rouge Parish on Sunday August 14, 2016.

People tow a small boat behind them, with Central residents from Watts Road, as they come down flooded Hooper Road in the late afternoon on Aug. 13, 2016.

Houses take on water in the Hooper Road area close to the Central area during severe flooding in East Baton Rouge Parish on Sunday August 14, 2016.

Aerial of severe flooding in the Central area of East Baton Rouge Parish on Sunday August 14, 2016.

Just six weeks ago, people in Central celebrated a flood insurance victory that was four years in the making.

About 2,000 homes surrounding the Beaver Bayou area received letters telling residents their homes and properties were no longer classified as being in a high-risk flood zone, requiring expensive flood insurance policies that were mandatory if they had mortgages. Another 1,000 now were considered to be at lower risk of flooding within that flood hazard category -- meaning their insurance rates may decrease.

Three weeks later, much of that same area was under several feet of water.

Because the change to the flood zones was approved so recently, it's unclear how many people immediately adjusted their policies. Officials say they believe the number likely is low, but they admit they'd heard some accounts of people who dropped policies right before they were devastated by rising waters.

Officials who pushed the plan say they don't know what effect the unprecedented flooding event will have on how the recent changes will be regarded. But they defended the fight to change the zones, noting that some experts have called the recent flood a 1,000-year event, meaning there is just a 0.1 percent chance of it happening in a particular year.

"I have thought about that this whole weekend, as I'm pulling people out of the water, trying to help them," said former Central Councilman Aaron Moak, a major advocate of the changes to the flood maps, during an interview shortly after the flood.

Moak emphasized that studies showed the area was improperly designated as being in a high-risk flood zone. "This is an ungodly, extenuating circumstance, and I pray that it doesn't happen again, but I still believe the studies are correct; I do. They weren't arbitrarily set. They were mapped out and re-approved by FEMA," he said.

"Once FEMA receives the documentation required to conduct the challenge, it is accepted," he said.

Armstrong said the federal agency stands by the maps, saying there are no plans to revise the flood zones in the area based on the recent event because it's not considered a flood level that reasonably would be replicated in a typical year.

"FEMA maps to the base flood, which is the flood that has a 1 percent change of being equaled or exceeded each year," he said.

The change in the flood maps went into effect on July 15 and was expected to save residents a total of $2 million a year in flood insurance premiums.

Many of the residents, including some who said they were paying more than $1,000 a year for mandatory flood insurance, questioned the accuracy of the flood maps that were based on data from 1991. The previous changes to the maps had gone into effect in 2008.

The Central City Council in 2012 approved allocating $35,000 to pay a consultant for another elevation study of the Beaver Bayou flood district. The resulting private study found that all of the homes in the 40-mile district should either be removed from a high-risk flood plain designation or have their risk level reduced significantly.

The Beaver Bayou study also served as a sort of test case for Central. The City Council was planning to sign off on more flood zone study challenges for other areas in the city.

Even before the changes went into effect, less than 20 percent of properties in Central had flood insurance, based on data from the National Flood Insurance Program. Central Mayor Jr. Shelton said he estimates that at least 85 percent of properties were damaged by last month's floodwaters.

A federal aid program to help disaster victims who don't have flood insurance tops out at $33,000 per household; however, an Advocate analysis found that the typical grant awarded was about $8,000 or less, based on a dozen recent high-profile national disasters.

David Barrow, the former chief administrative officer for Central, said he had seen on social media that at least a few people in the area had canceled their flood insurance based on the recent notification from the city that they were no longer in flood zones.

But he speculated that because the change was recent, many people had not yet taken action.

On Saturday morning, the water came so suddenly that most of the neighbors on Haven Street i…

Barrow said despite pushing for the change to the flood zones, he and other officials tried to remind people that they still were at risk of flood damage.

"It kind of gave people a false sense of security or some comfort in saying, 'Oh, I don't need flood insurance,' ” he said. "I've been trying to preach to people lately that just because there's a revision to this flood map, it doesn't mean you're not going to flood."

Shelton said the change to the maps was never a suggestion that those people could never flood and therefore didn't need insurance. But he said the high-risk flood zone designation often forced people to buy policies that were prohibitively expensive.

"A $1,500 policy is the difference for some people to be able to afford a house or not," he said. "A certain lot of people saw it as, 'Great, I don't have to have flood insurance.' I don't blame them."

FEMA recently announced that people affected by the flooding could have an extended grace period of 120 days to renew flood insurance policies if they had lapsed. But Armstrong, the FEMA spokesman, said an extension of a renewal grace period does not apply to people who canceled their policies before their expiration dates.

Shelton said the shift to the lower-risk zones for certain houses could help owners during rebuilding, as they can escape some of the red tape associated with elevation requirements. In the city, only people in high-risk flood zones will be required to raise their house if it was damaged more than 50 percent.

"They can go ahead and build back, and they don't have to worry about raising their houses, which is a huge question," Shelton said.

It will take years to recover from the August flood, and the next mayor of Baton Rouge will likely oversee the disbursement of millions in fed…

Tension between property rights and flood control has created a fissure in Central, where the city planner has been let go under disputed circ…