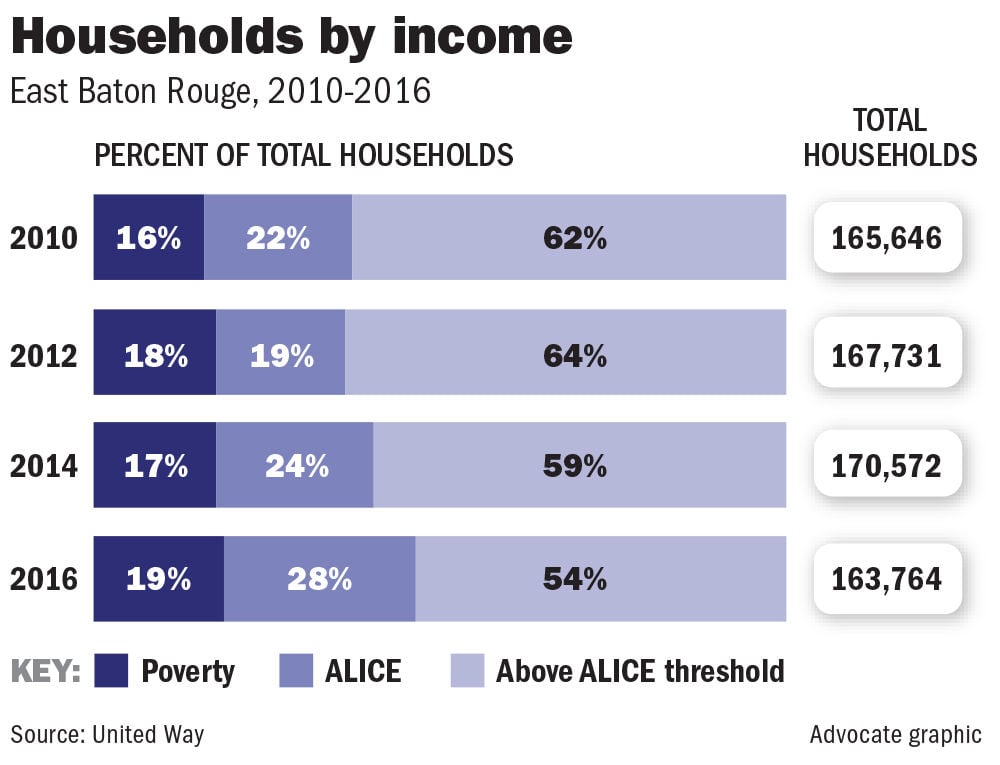 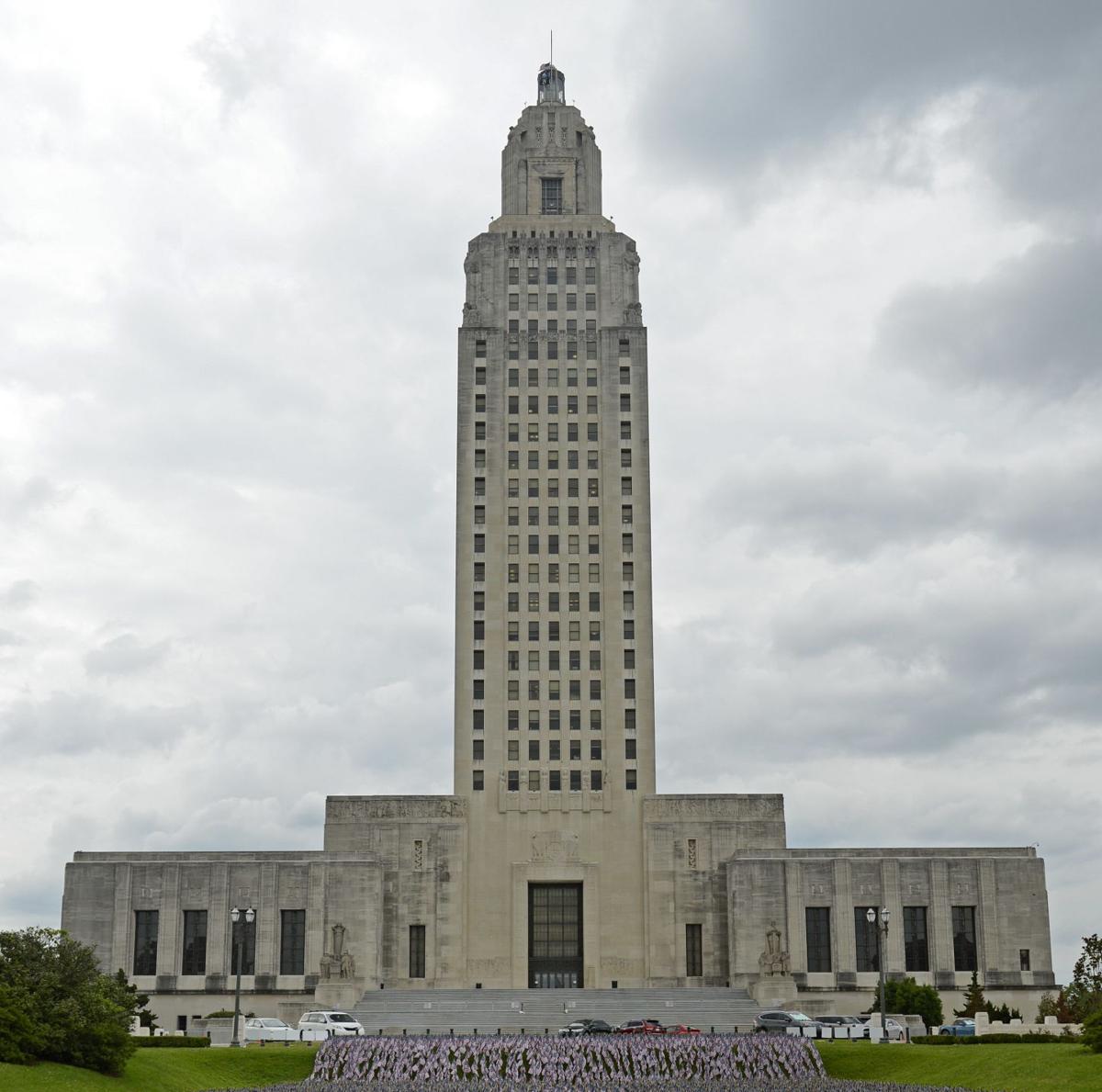 Jasmine Tunson’s got a lot going for her: She adores her 10-month-old daughter, Jream, and enjoys her work as a housekeeper, though it’s only a couple days each week. The 20-year-old Baton Rouge area resident still takes the bus but recently got her driver’s license and hopes to complete her GED requirements soon. Tunson gets housing help from Catholic Charities, and the YWCA provides her with diapers and free childcare while she’s at work or looking for a second, full-time job.

Still, it will take continued work for the young mother to achieve the financial independence she’s working toward.

She’s a member of ALICE, a demographic group identified by the United Way as Asset Limited, Income Constrained, Employed: the working poor. These are families that may be under-employed or only able to find seasonal or gig work, often without benefits.

They earn more than the federal poverty level but less than what the nonprofit group considers a bare survival budget. ALICE residents are just one emergency away from disaster, Capital Area United Way President and CEO George Bell said Tuesday.

“Today we’d like you to meet ALICE, but chances are you already know ALICE,” he said at a presentation of United Way’s report.

The number of families struggling to make ends meet has grown as the cost for basic needs has outstripped earnings and inflation. The flood of 2016 underscored how vulnerable many households are, said Katie Pritchett, the nonprofit's vice president of community impact. After the storm, families with limited resources were in a financial lurch — many still are — and had to make gut-wrenching decisions like whether to spend money on home repairs or medicine, she said.

Across Louisiana, nearly half of households either live in poverty or on the cusp.

The United Way calculates the average person needs much more than the $11,880 annual income that defines the federal poverty level. A person in East Baton Rouge needs $20,856 to afford essentials like food, housing and healthcare, while a family of four with two young children requires $58,572, the ALICE report states. Those families between federal poverty line and the minimum needs budget are the focus of the new report.

Between 2010 and 2016, the rate of parish households in poverty remained consistent, around 16 to 19 percent of the population. However, the ALICE population grew from 22 to 28 percent while the rate of more financially comfortable families dropped.

Breakdowns of the data by parish, ZIP code and council district are available at UnitedWayAlice.org.

People might assume that the typical ALICE household involves young adults with small children and student loan debt and who haven’t yet broken into a long-term career, Pritchett said. Those families certainly exist, and their numbers are increasing, especially among white and Hispanic households.

Groups like United Way also worry that if people who are working now don’t make enough to contribute to 401(k) plans or save up for retirement, there will be more impoverished or struggling senior households in the future.

The average person may not realize the pervasive challenges that face such a wide swath of the population. This isn’t a foreign group, she emphasized. People in her own family fall in the ALICE income range. She sees them at the dentist. They care for her children in after-school programs.

After Tunson, the young mother, left the lectern, Bell, the United Way CEO, promised as much.

“Jasmine has a tough task ahead of her, but she doesn’t have to face it alone,” he said.

Cost for family of 4 in New Orleans? $60K a year, and more than half the city is struggling

Our Views: Only a few bills from disaster, working families hurting in Louisiana

That Louisiana has a lot of poor people is no secret, but a new report lends some sobering detail to a problem that’s plagued the state for ge…