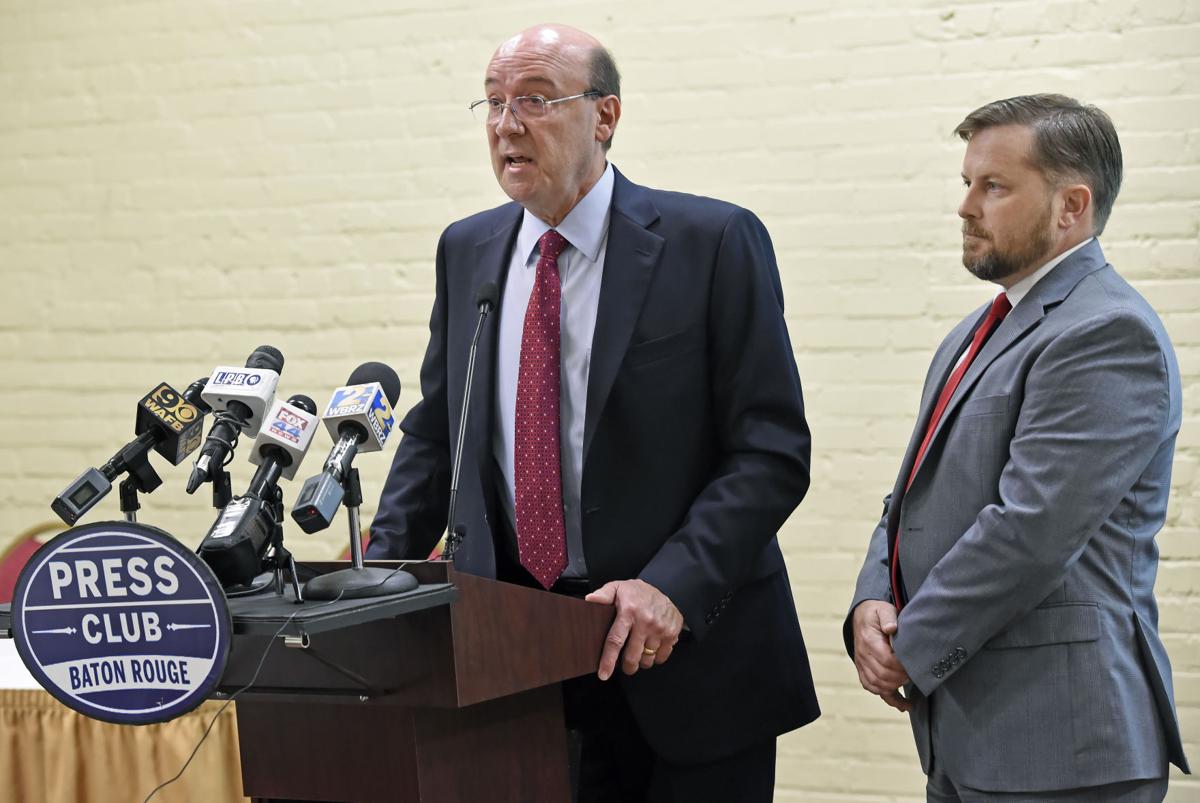 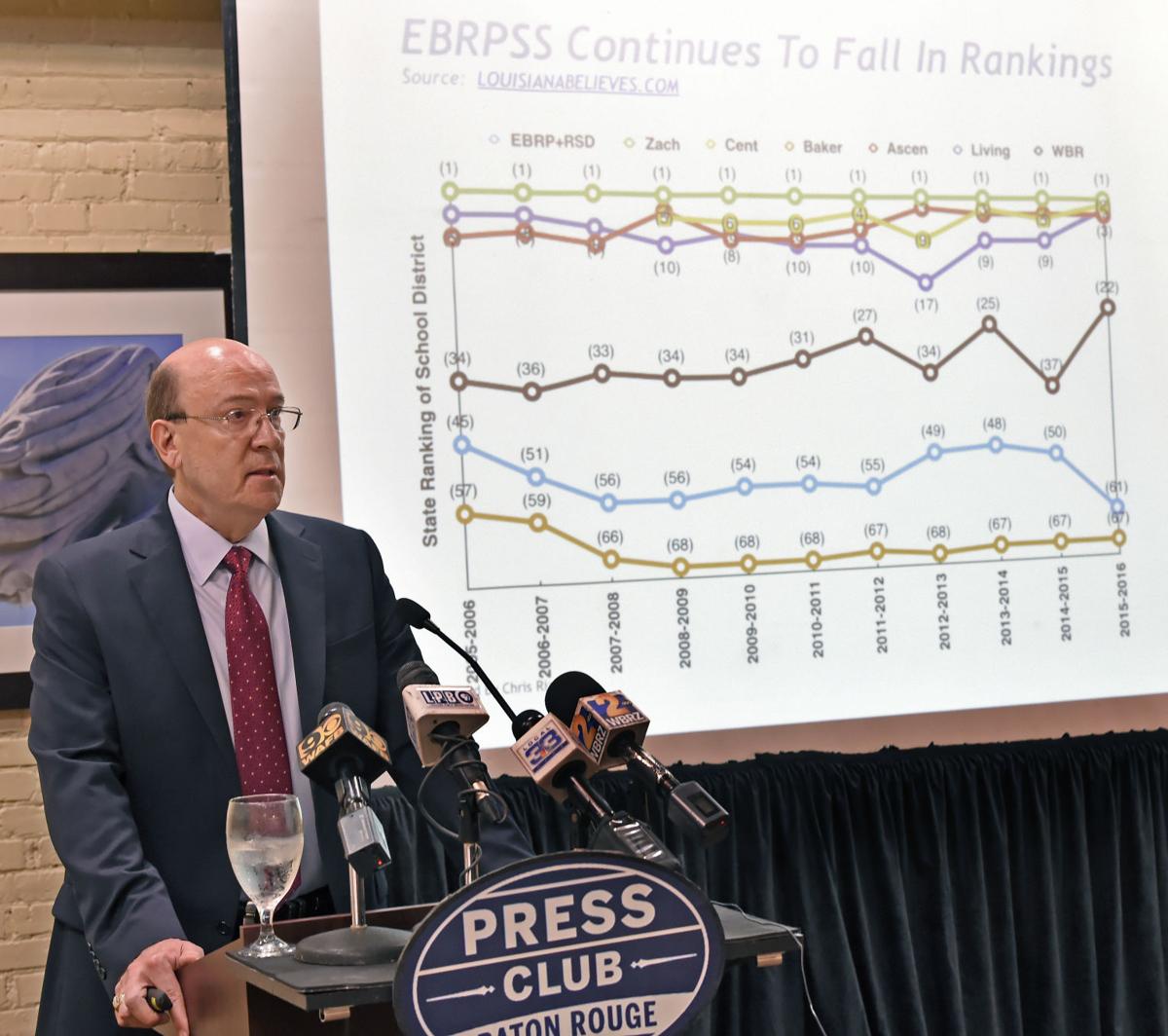 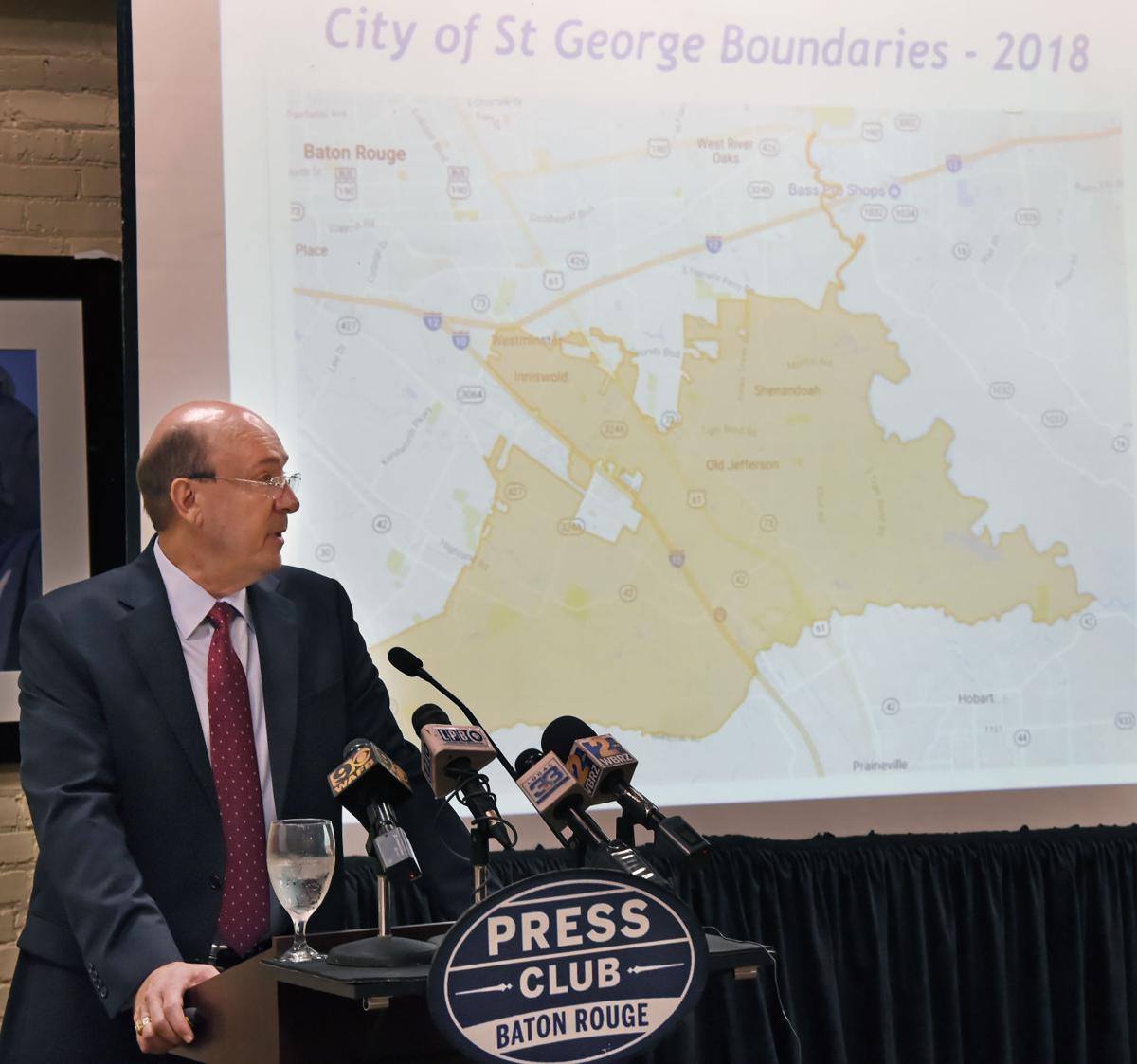 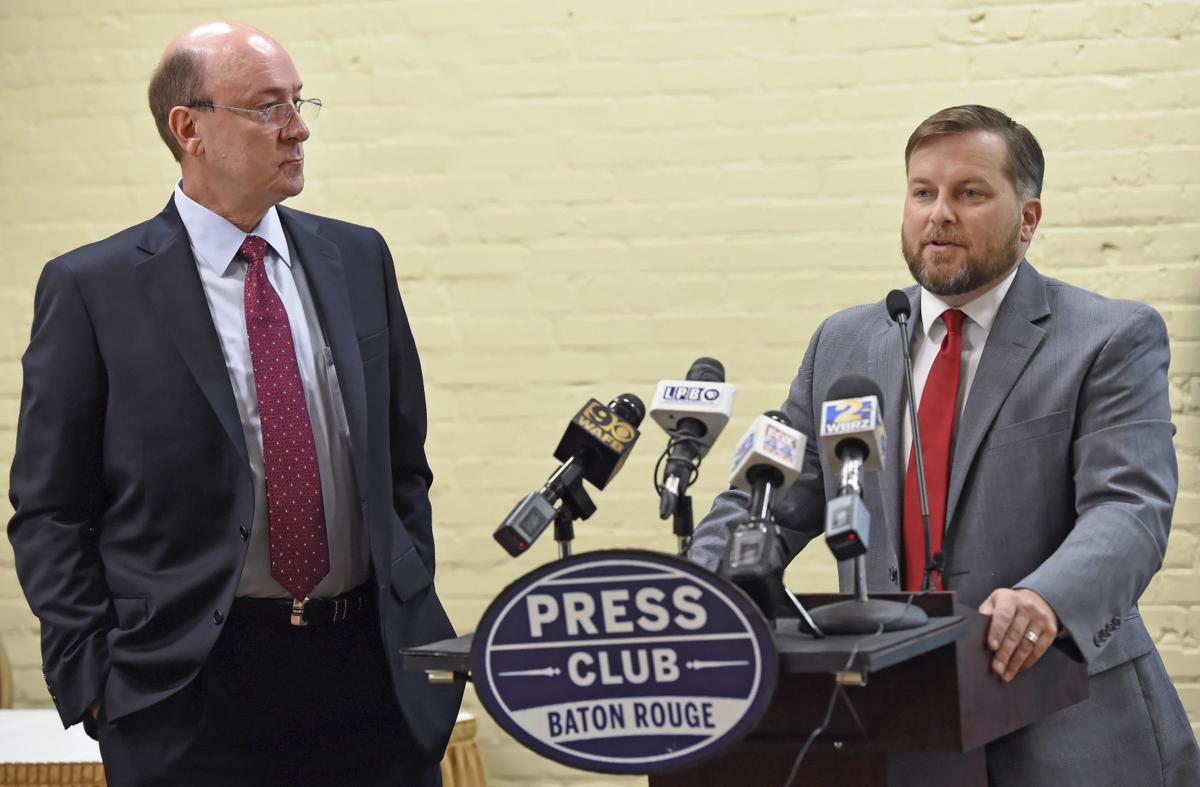 When recent storms sent rain pouring down on Baton Rouge and water surrounded cars on Interstate 110, organizers for the proposed city of St. George shared a photo of the chaos and claimed that the city-parish had “decreased transportation/infrastructure spending by $8 million” since 2003.

But the figure that St. George officials cited — and that spread rapidly over social media —does not come close to fully reflecting the amount of money East Baton Rouge parish has spent on transportation and infrastructure for the past 15 years. The number St. George organizers used for their calculation did not include funding for two of the city-parish’s most significant expenditures on roads and infrastructure: a half-cent sales tax voters approved in 2005 and what’s on the annual public works budget.

Organizers for the proposed city of St. George took aim Monday at the city-parish's library system, pension costs and schools as they painted …

To come up with their calculation, St. George organizers used a column in the city-parish’s budget appropriations summary from last year that totaled $14.7 million and then compared it to that figure in 2003, which was $22.5 million. The figure does not include the millions of dollars the city-parish spends building roads and sidewalks, filling potholes and more.

The reference to an $8 million cut in transportation funding since 2003 also makes no mention of the hundreds of millions of dollars spent on road improvements during that period via the Green Light Plan half-cent sales tax.

The city-parish has spent nearly $670 million on road improvements from the Green Light Plan since 2005, while the program has $739 million budgeted. The city-parish’s comprehensive annual financial report for last year — which Hanlon said is the more accurate measure of spending — shows that transportation spending totaled $84 million last year, which is a $37 million increase since 2003.

The $14.7 million line item St. George organizers referenced is a pot of money that the city-parish gives mostly to the Baton Rouge Metropolitan Airport. Hanlon acknowledged that spending in that specific category did decrease over time. But she said that was because money for the Capital Area Transportation System used to be included in it. The city-parish cut most CATS funding from its budget after voters in 2012 approved a dedicated tax for the bus system.

The separate budget for the city-parish’s Department of Transportation and Drainage — most of which goes toward engineering costs — last year alone totaled $13.7 million.

But they pushed back on a question about whether it was misleading to call it “transportation and infrastructure spending” by pointing out that the $14.7 million figure is labeled as “transportation” in the city-parish budget appropriations summaries.

“That’s their title, not ours,” said Andrew Murrell, a spokesman and lawyer for the St. George campaign. “We’re taking the same words that they used. We used their terminology, their categories, their references.”

Murrell and St. George Cochairman Chris Rials also continued to attack the city-parish’s approach to road projects and the manner in which the city-parish pays for them. They say the dedicated, parish wide library tax — which would still be paid by inhabitants of St. George if the city becomes a reality, barring an election to repeal it — should not eclipse spending in transportation categories.

Rials said they have also found an educational opportunity to delve into the city-parish’s spending on the Green Light Plan. Voters approved the plan under previous Mayor-President Kip Holden’s administration, and Holden used bonds to pay for hundreds of millions of dollars in projects that included the creation of the Central Thruway and the Staring Lane extension.

Bonds are often sold to investors to raise money upfront for large public infrastructure projects. A revenue stream — in the case of the Green Light Plan, a half-cent sale tax — is pledged to repay the debt over time.

The city-parish is now paying back the Green Light Plan debt, while the remaining projects have moved into pay-as-you-go mode with about $6 million a year trickling in for them. The debt should be paid off by the time the tax ends in 2030. City-parish officials have likened the process to building a house and then paying it off over time with a mortgage.

But Murrell said it’s problematic that the city-parish is “paying debt money for projects that have already been built.”

It’s common for government entities in Louisiana to use bonds to pay for major infrastructure projects that municipalities cannot afford up-front, and then to pay them back once the projects are complete. Baton Rouge’s recreation and parks system, for example, recently used that approach to expand its offerings for its “Imagine Your Parks” plans.

Less than a year after the Metro Council refused to put the mayor’s roads tax proposal on a parish-wide ballot, Sharon Weston Broome is return…

Murrell and Rials also said they expect St. George to be able to cover its costs without needing to float bonds. The proposed budget for St. George — which city-parish officials and Baton Rouge Area Chamber officials dispute — says the new city would end up with a $24 million surplus.

“The idea is you would save up your money, you have a budget surplus and you decide how to spend that revenue,” Murrell said. “Is it building schools? Is it building roads?”

Rials clarified that St. George’s potential school system would have its own budget.