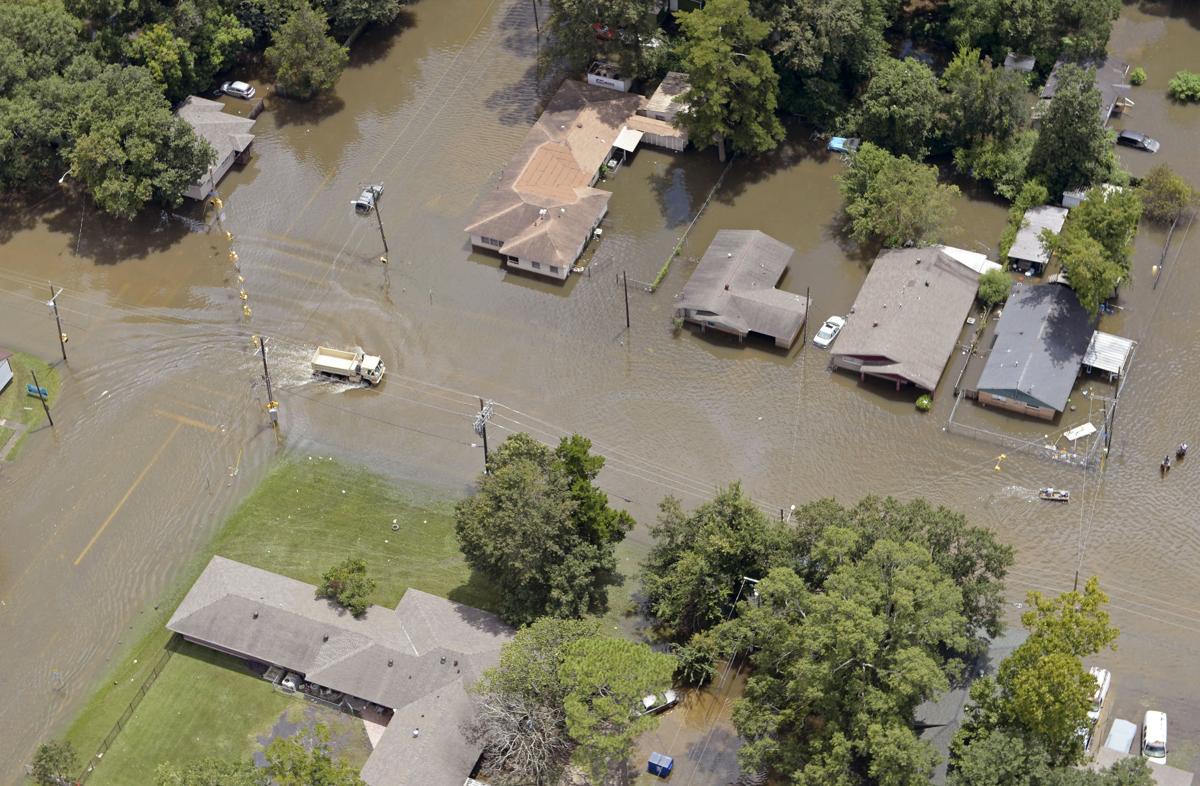 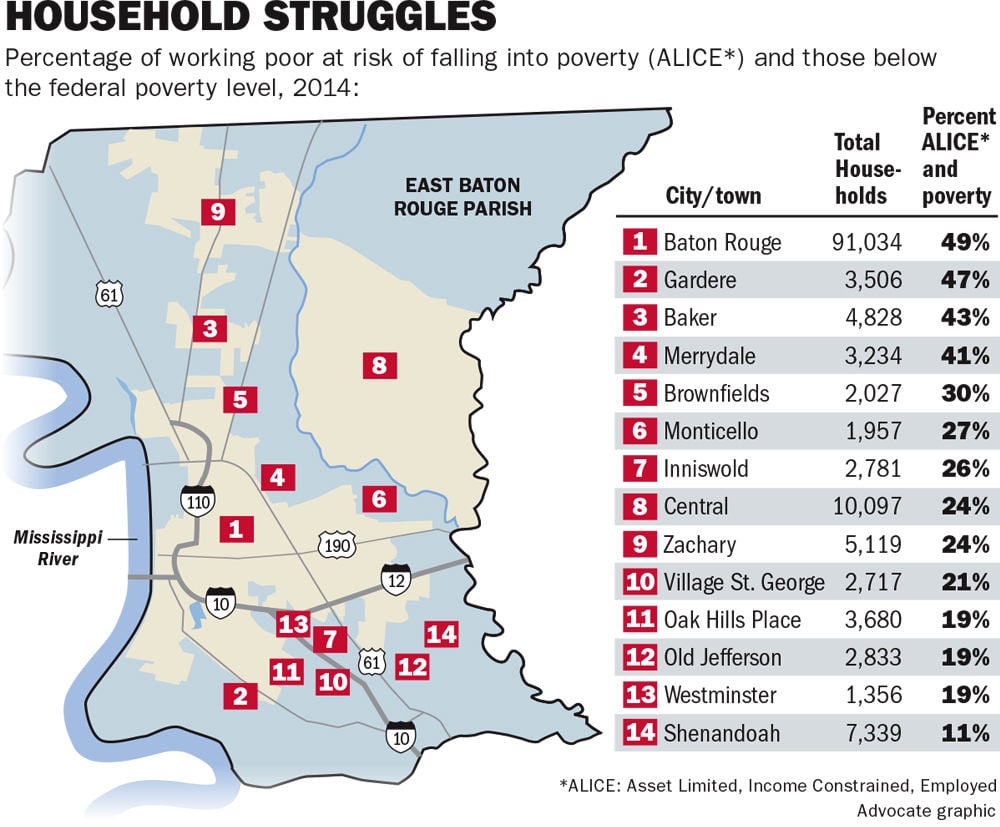 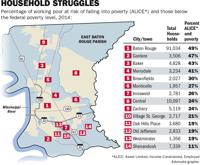 Forty-two percent of Louisiana households were already struggling to afford housing, transportation, food and other basic needs before August's floods struck and many lost all of their possessions, a new report shows.

The report by the Louisiana Association of United Ways, released Thursday, details the struggle of the state's working poor in 2014 who were one emergency or hardship away from slipping into poverty, as well as those already living in poverty.

The working poor are those who fall into a category the report refers to as ALICE, an acronym for "asset limited, income constrained, employed."

Though the report's numbers focus on 2014, it paints a bleak picture for the difficulty families across the state face in rebuilding after floods or other disasters. Just 16 percent of families across Louisiana had investments that produced income, including from savings accounts, 401K retirement plans rental property or other sources.

And those kinds of investments are what people especially need in the aftermath of a disaster, said Sarah Berthelot, president and CEO of the Louisiana Association of United Ways.

"It raises concerns about the Louisiana family's ability to weather crisis, let alone plan for the future," she said.

Even that budget would give a two-parent home with an infant and a preschooler just $727 a month to spend on housing, $795 a month for child care and $550 a month to put food on the table, according to the report's formula.

To make enough money to scrape by on what the report deems a "household survival budget," one of the parents in a family of four would need to earn $23.12 an hour at a full-time job. However, jobs paying that well can be difficult to find. Low-wage jobs dominate Louisiana's economy, the report says, with 68 percent of all jobs in the state paying under $20 an hour.

And the number of families living in poverty or slightly above that to fit into the ALICE category ticked upward by two percentage points between 2013 and 2014.

"This is pre-flood data, so our concern is really around people who were on the cusp of becoming ALICE before the flood and have very likely been pushed over the edge to become ALICE," said Sarah Haneline, the vice president of resource development at Capital Area United Way. "Or if they were ALICE before, they could have been pushed over that threshold to poverty."

The number of people in poverty or ALICE increased by four percentage points in East Baton Rouge between 2013 and 2014, with 22 percent being ALICE and 17 percent in poverty.

Just 20 percent of households in East Baton Rouge had savings accounts, 401K plans or rental properties that could help them when they needed income for an emergency.

Though Capital Area United Way does not have a named program specifically named for the ALICE population, Haneline said many of their programs target them and those in poverty. Their flood relief services — meant to cover the unmet needs in the Capital region — are going to people who were likely already ALICE when the flood struck, she said.

Capital Area United Way is focusing on those who lacked flood insurance, who could not qualify for a Small Business Administration disaster loan and who have little to no options for rebuilding. The agency already doled out some flood assistance money to homeless shelters and programs that work with the most vulnerable, including St. Vincent de Paul, O'Brien House, Catholic Charities, Boys and Girls Club and more.

Why residents in BR's poorest areas could face slower, tougher rebuild after floods

Cross the threshold of the house on Ritterman Avenue and the floor sags underfoot. With the …