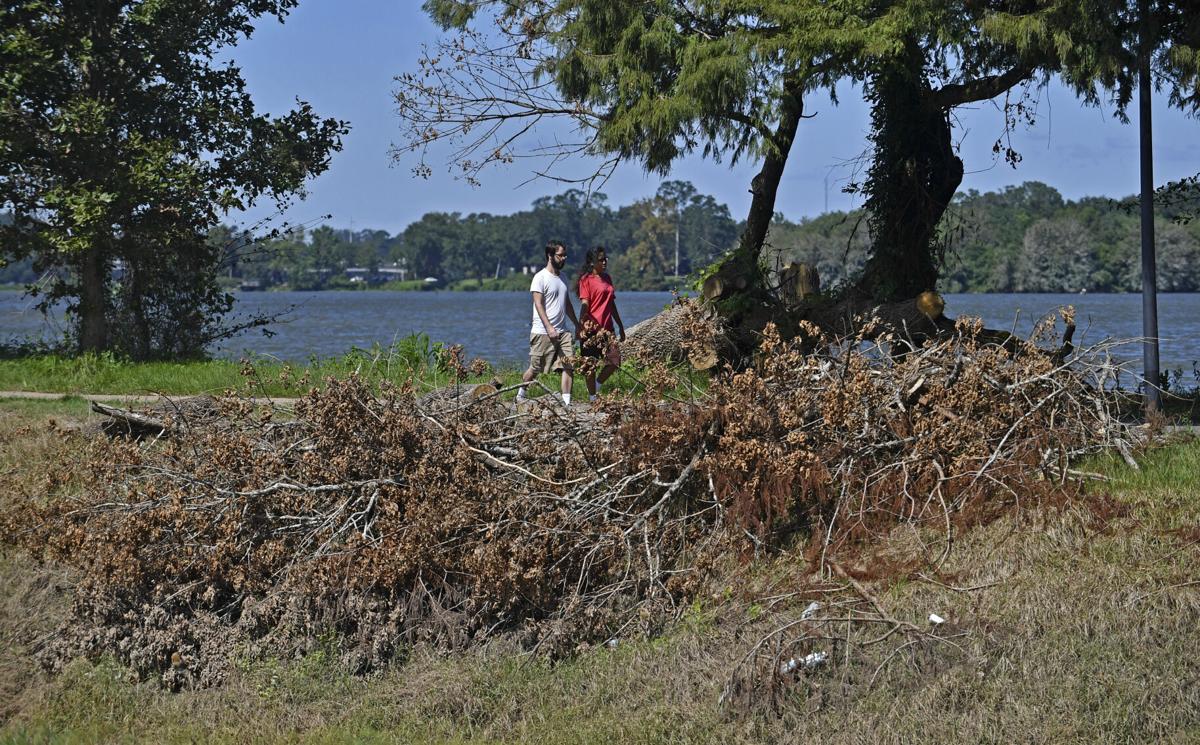 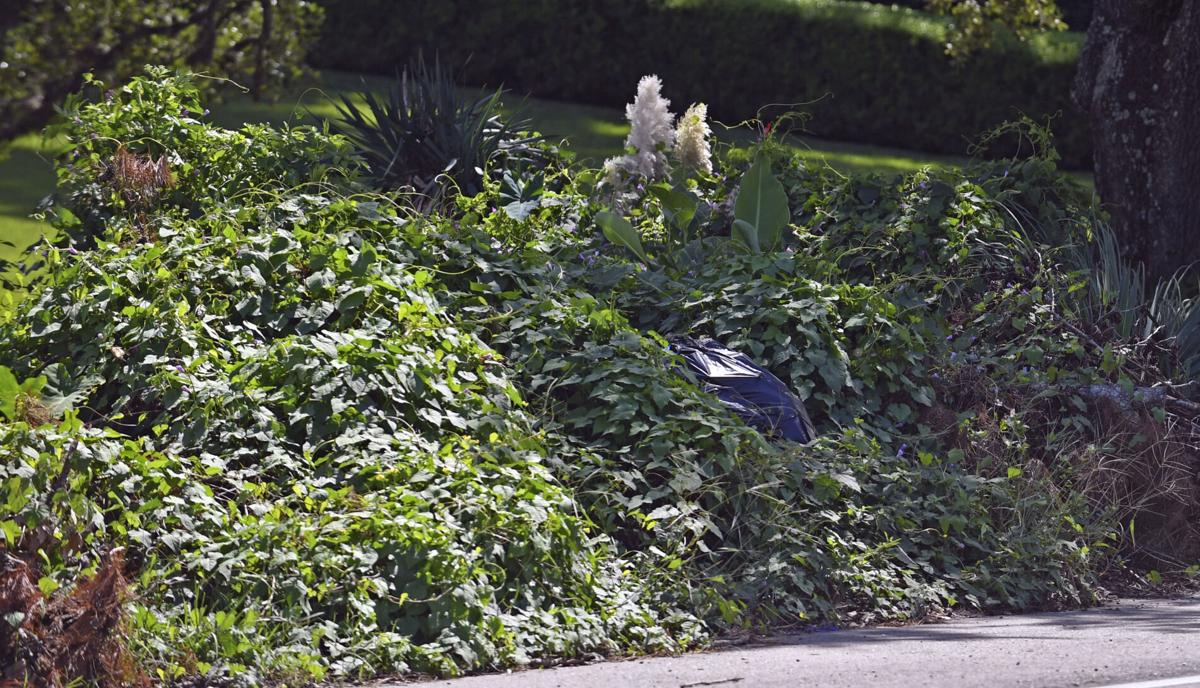 Tree debris from Hurricane Ida recovery efforts has sat for so long along Dalrymple Drive that vines have taken over the debris piles, seen Wednesday afternoon, September 22, 2021, in Baton Rouge, La. 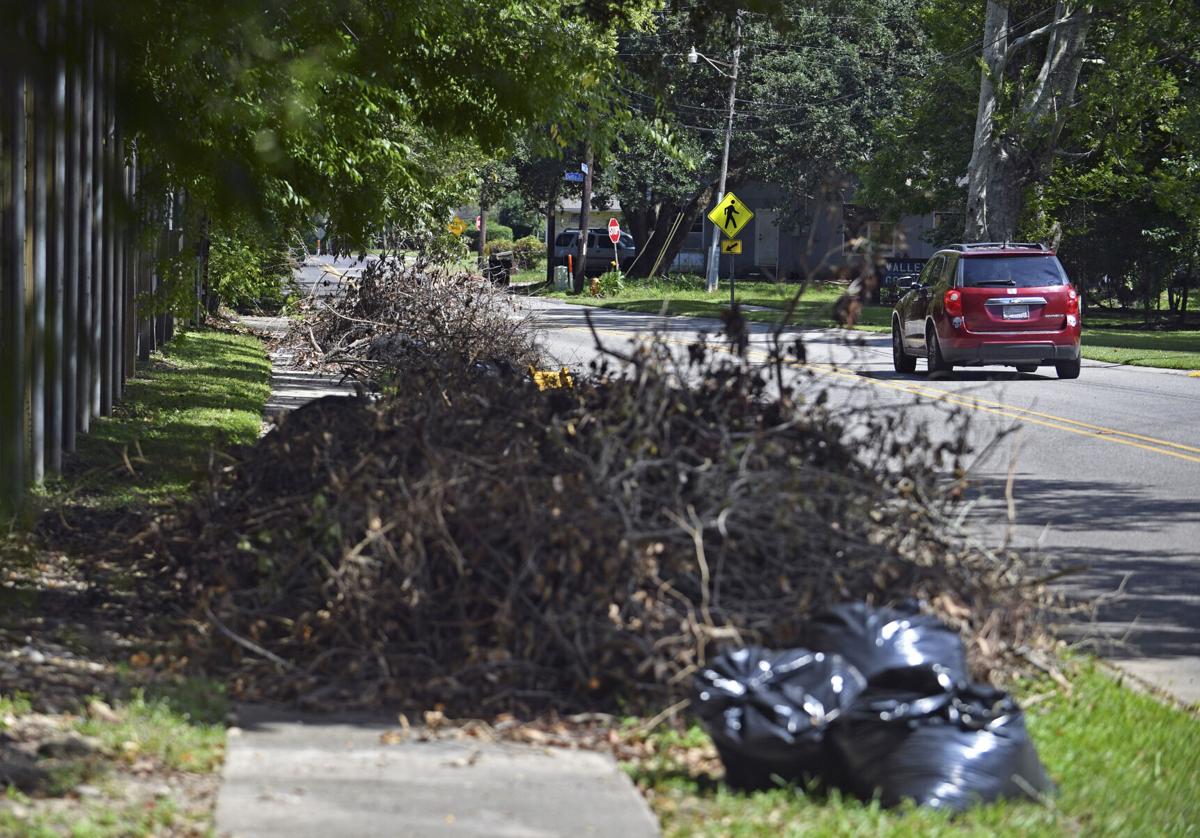 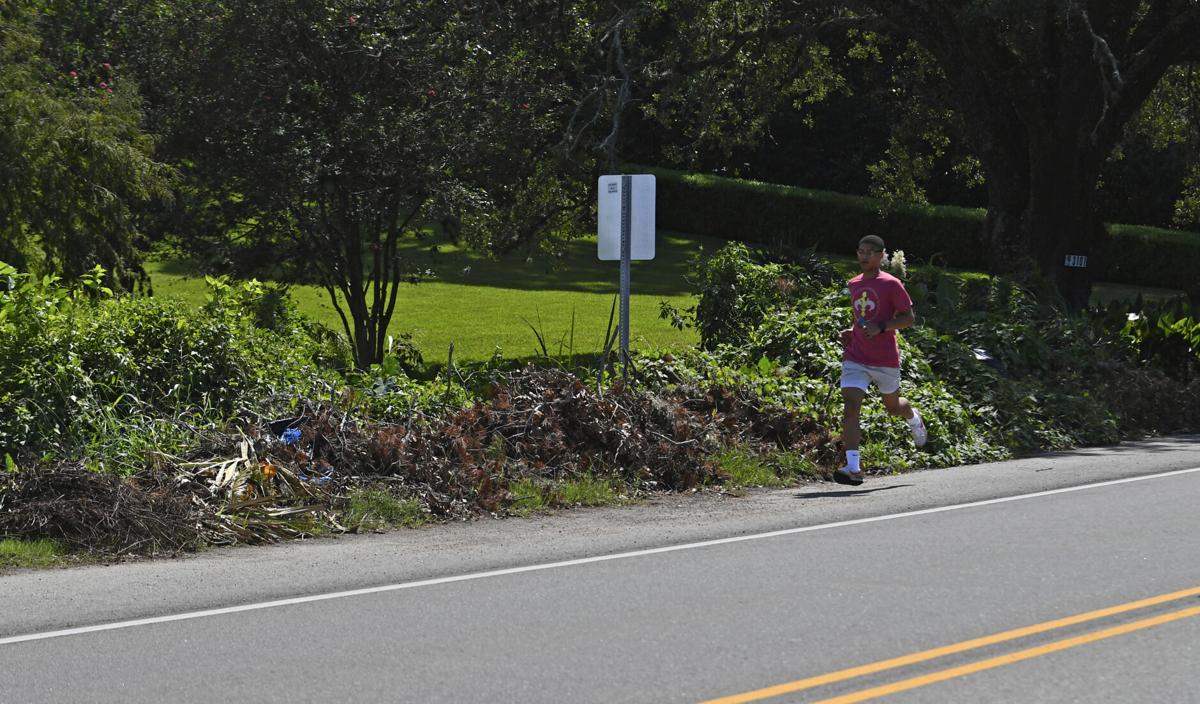 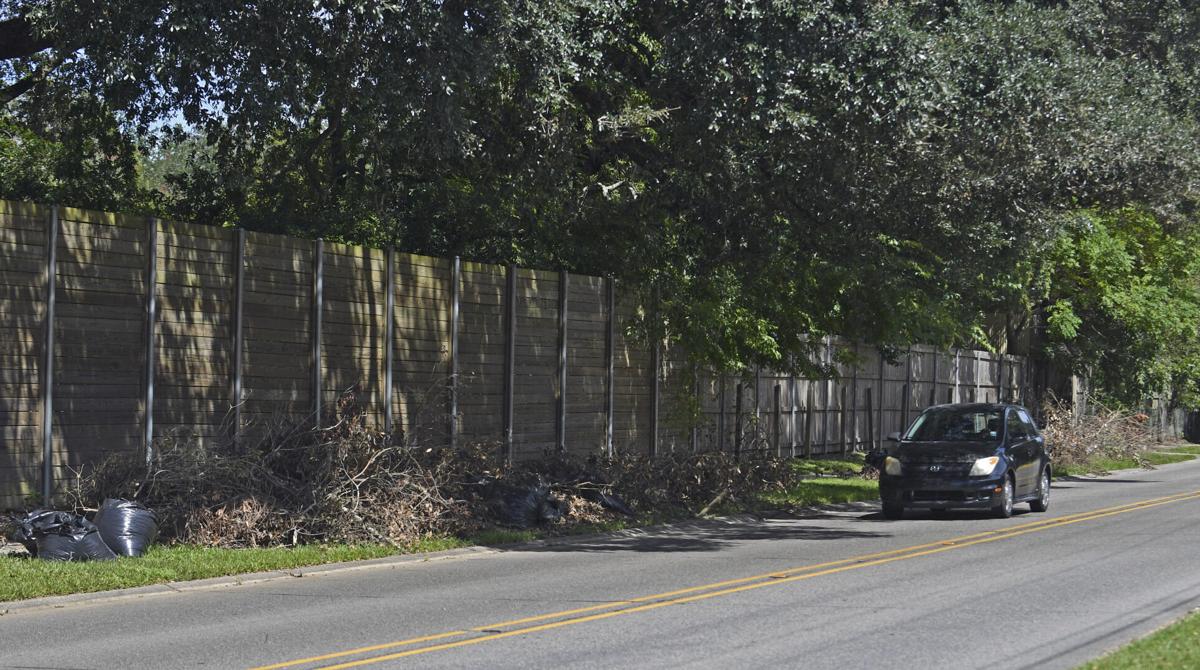 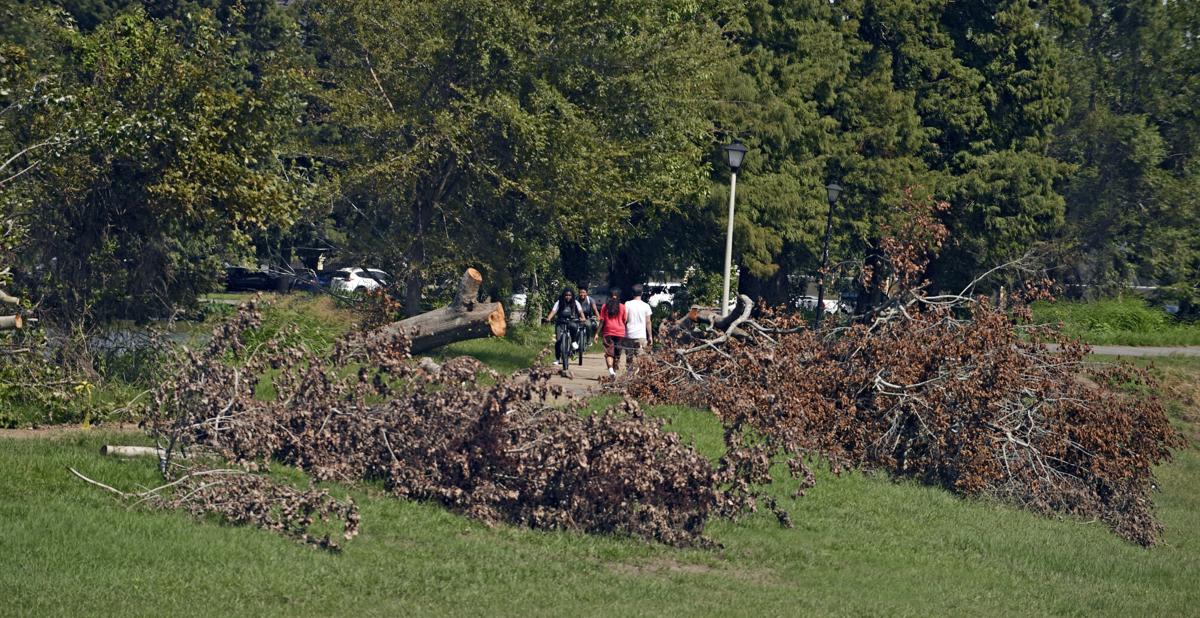 Tree debris from Hurricane Ida recovery efforts has sat for so long along Dalrymple Drive that vines have taken over the debris piles, seen Wednesday afternoon, September 22, 2021, in Baton Rouge, La.

East Baton Rouge expects it'll take until Thanksgiving to pick up around half-a-million cubic yards of debris from Hurricane Ida.

“If we get it up sooner, that would be great, but I'm thinking about 12 weeks” from the pickup’s start date of Sept. 7, said Kelvin Hill, assistant chief administrative officer for the city-parish.

Hill estimated Wednesday that 260,000 cubic yards of storm debris have already been hauled away a little more than three weeks after Ida made landfall as a Category 4 storm southeast of Baton Rouge and brushed past the parish to the east as a strong Category 1. Gusts of more than 60 mph were measured in Baton Rouge, downing trees, powerlines and damaging structures.

It’s unclear how much debris remains to be collected as residents continue to add to their piles. Hill said the final number will be at least 400,000 cubic yards, and city-parish Environmental Services Director Richard Speer said it could get as high as 750,000 cubic yards by the time the work is done.

Two contractors, DRC Emergency Services and AshBritt, have been collecting about 25,000 cubic yards of debris a day, Speer said.

Metro Council on Wednesday approved $9 million from the city-parish budget to pay for cleanup because the removal companies’ contracts are structured on a per-event basis, Speer explained.

The two companies have divided the parish in half to carry out the cleanup. DRC is using 58 removal trucks to collect debris south of Florida Boulevard. Ashbritt has 36 units in the northern portion of the parish, Speer said.

"We have a goal to have things picked up by Thanksgiving," Speer told the council. "I'm pushing our contractors to get that completed.”

The $9 million OK'd by the council will pay the contractors for the removal, but Speer said he expects most of it to be reimbursed by the Federal Emergency Management Agency. A federal disaster declaration allows for the costs of the first 30 days of debris pickup to be fully paid back, and that window could be extended by the White House. If it isn't extended, FEMA will reimburse 75% of the costs and the city-parish will foot the bill for the remaining 25%, Speer said.

City-parish officials said earlier this month that cleanup is being slowed by a "significant amount" of mixed piles, in which different types of debris and trash are together in the same heap. Cleanup crews have to bypass homes that don't have properly separated piles. Residents can view instructions on how to collect debris online at brla.gov/recovery.

Multiple passes will be made through the city-parish to collect remaining debris, officials said.

Residents can track the progress of the cleanup through an online map created by the city-parish. The tool shows that, geographically, about half the parish is in the midst of its first pass by cleanup crews.

Ascension Parish, which is also dealing with a heaps of piling-up debris, launched a similar application Wednesday.

Ida’s aftermath marks the third time this year the city-parish’s debris removal service has been required — it’s by far the largest cleanup. Roughly 72,000 cubic yards of mostly wood waste were collected after a deep freeze gripped much of the South in February. After flooding in May, about 30,000 cubic yards of debris were collected, officials said at the time.

Both cleanups took about half the amount of time that the Ida collection is expected to last.

The last time the city-parish faced this amount of debris in need of pickup was 2008 after Hurricane Gustav swept through the region. Speers said it took a year to collect the million cubic yards of debris left behind.

The trucks came from as far as Wisconsin and Florida, driven by people who are normally loggers but descended upon Louisiana after Hurricane I…