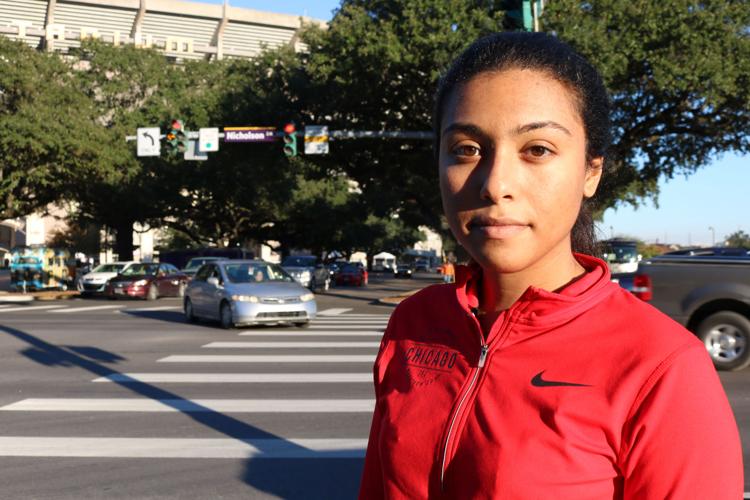 LSU student Mari Dehrab returns to the crosswalk she was waiting to cross when she was hit by a car in August. 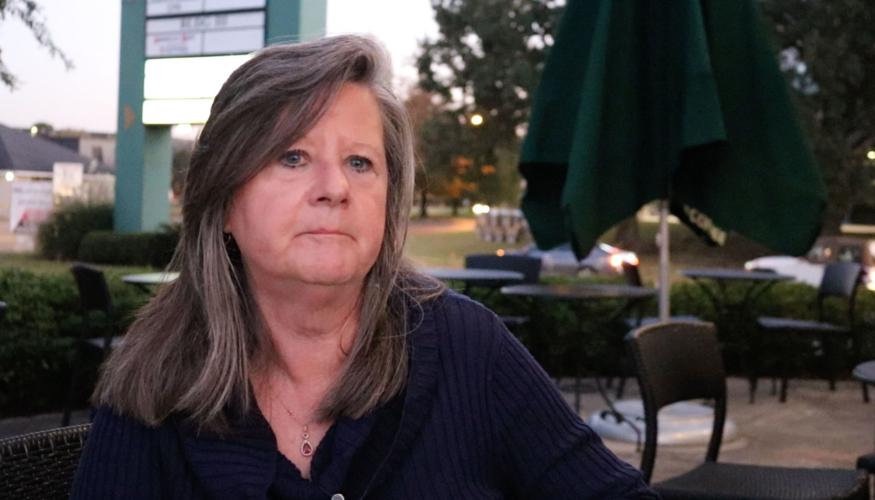 Donna Settoon suffered severe injuries after being hit by car on LSU’s campus during a walk against breast cancer. 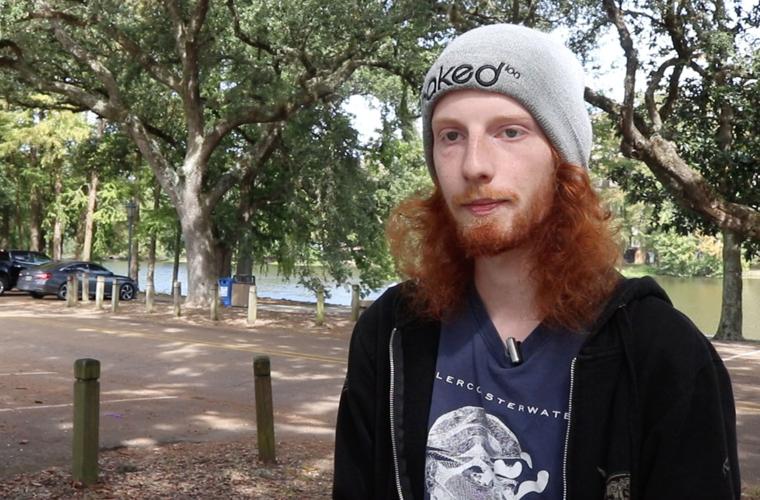 Kurtis Johnson was hit by a car as he crossed the street behind him on LSU’s campus around 1 a.m. one morning.

LSU student Mari Dehrab returns to the crosswalk she was waiting to cross when she was hit by a car in August.

Donna Settoon suffered severe injuries after being hit by car on LSU’s campus during a walk against breast cancer.

Kurtis Johnson was hit by a car as he crossed the street behind him on LSU’s campus around 1 a.m. one morning.

Mari Dehrab was waiting to cross a busy street on the LSU campus when everything went black. A car had careened onto the sidewalk and hit her and three others before slamming into a light pole.

Dehrab, 23, suffered a brain tear, causing memory loss so severe that, at one point, she could not remember some of her family members. One of her ankles was broken and the other sprained, confining her to wheelchair for six weeks. She had to drop out of school this semester, ending her hope of graduating in the spring with a degree in mass communication.

“I went through such a big depression, and I still have depression,” she said. "My life has been put on pause because of this accident.”

Dehrab is one of 41 pedestrians hit by cars on LSU’s main campus over the last five years. At least four suffered incapacitating injuries, including a woman placed in a medically induced coma for two weeks after a spinal injury. Ten other pedestrians suffered injuries the LSU Police Department described as “moderate,” without giving details, and 15 more complained of possible injuries. The rest were not injured.

Dehrab, of New Iberia, was hurt Aug. 24, five days into the semester, while she was on her way to class. One car knocked another one onto a sidewalk at Nicholson and Skip Bertman drives. Two other students suffered concussions, with one suffering a broken pelvis and sacrum and some brain bleeding. The other pedestrian had moderate injuries, but police didn't provide specifics.

The 41 pedestrians were hit in 38 accidents. Police cited most of the drivers who caused the more-serious injuries for offenses like failure to yield, careless or reckless operation of a vehicle, disregarding traffic controls, driving under the influence of alcohol and improper turning or backing up.

Two intersections along Highland Road had the most crashes involving pedestrians — at South Campus and at Dalrymple drives — with four each in the past five years. Three crashes each occurred at Highland and South Stadium roads and at Nicholson and Skip Bertman, where Dehrab was hit.

LSU Police Lt. Reggie Berry said the department has worked with campus organizations to create greater awareness among drivers and pedestrians, but has not publicized the riskiest intersections for fear students might be less careful elsewhere.

“I believe saying ‘well, this is a hot spot’ is limiting everybody because they think ‘well, if I’m not at that hot spot, then I don’t have to practice safe bicycling or walking or driving on campus,’” Berry said.

Berry also noted that LSU has a large number of students — more than 30,000 — and has two major roads cutting through it. Nicholson Drive is a state highway, and Highland Road used to be one.

Donna Settoon, 57, of St. Gabriel, was hit in the back by a car on West Lakeshore Drive when she visited campus to participate in a breast cancer walk in 2016.

“I saw this car going around the barricade and headed straight for me, and there was nothing I could do to get out of the way,” Settoon said.

“I remember flying up in the air,” she said. “I remember landing on the hood of his car and being dragged underneath the car.”

Trapped there and unable to move, the last thing she remembers was the shrieking sound of an ambulance and witnesses trying to lift the car off of her. Her two grandsons, 5 and 7, stood nearby, inches away from being victims themselves.

The accident “tore my hip up,” Settoon said. “My spine came unattached from my pelvis. I about bled to death.”

The police report says that the driver, a 54-year-old man, had just been released from a hospital and became disoriented on pain medication. He was cited for recklessly operating his car.

Doctors placed Settoon in an induced coma before two surgery sessions to reattach her spine to her pelvis. She spent three months in the hospital and is still unable to sit at her desk longer than an hour without pain.

Kurtis Johnson, a mechanical engineering student from Cocoa Beach, Florida, was struck by a car after leaving work at the Digital Media Center on LSU’s campus around 1 a.m. in October 2017. Johnson, 23, said he was halfway across South Stadium Drive near one of the LSU lakes “and I didn’t even see him coming.”

Johnson was in a lot of pain but would not let anyone call an ambulance because he did not have health insurance. It was not until the next day that he decided to seek medical attention.

Johnson had a broken cheekbone, and doctors had to install three steel plates, he said, to “keep everything together.”

“They told me there was a chance if I waited any longer I could've lost vision in my right eye,” he said.

Friends at KLSU, the campus radio station where Johnson was a disc jockey, raised almost $4,000 through a GoFundMe account to help him with $40,000 in medical bills. He also was forced to go on Medicaid after the accident. Medicaid and Our Lady of the Lake Regional Medical Center, where he was treated, eventually covered the rest of the debt.

Johnson said his body has not been able to acclimate to the steel plates, and he will need an additional $20,000 of surgery to remove them. He has sued the driver who hit him, along with the university. LSU confirmed it had been sued but spokesman Ernie Ballard said it doesn't typically comment on lawsuits.

Louisiana has again been dubbed one of the most dangerous states in the nation to ride a bicycle, sparking debate on just why a seemingly inno…