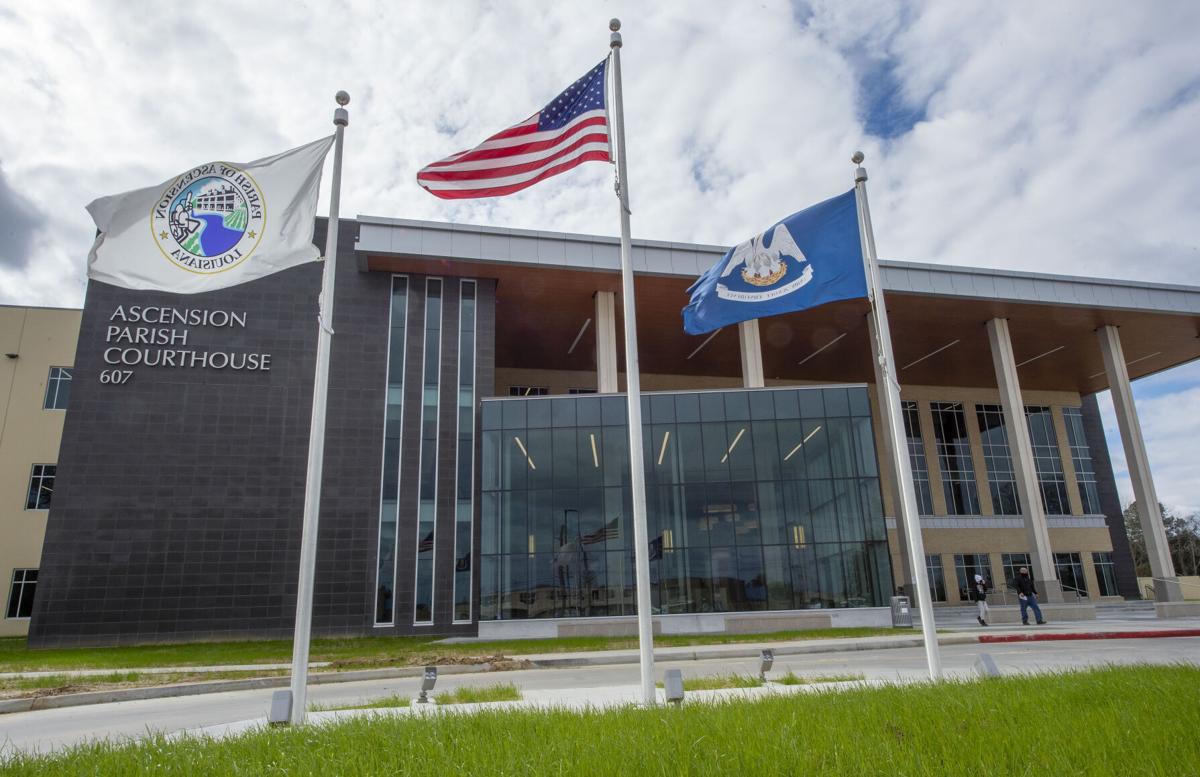 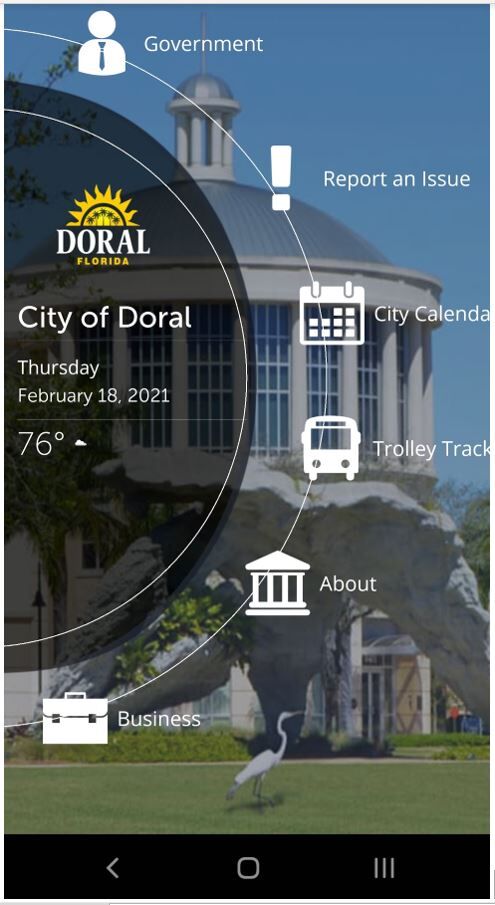 This is smart phone screenshot from a MyCivic application for the city of Doral, Florida, is example of what Ascension Parish government says it wants to have developed by March 2022. The mobile application would allow residents to file complaints, schedule use of recreational services and meet other needs. The app lays out options in a "wheel" style format.

Have a gripe about the overgrown ditch in your front yard?

Have a family reunion in need of a meeting hall?

Ascension Parish government officials say that in about a year, the parish will have a new smart phone application that will offer "one stop" capability to meet parish residents' needs.

The application is only beginning its development, but parish officials said it should have the ability to allow residents to reserve space at parish community centers, or photograph and submit complaints and calls for service for roads, ditches and even messy parks.

"If you're at one our ballfields and say, the trash is overflowing or something, you can take a picture of it and it lets us know, 'Hey we've got to get out there and clean it up,' so it's not just a typical work order system," said Ruth Phillips, a parish executive administrator and one of Parish President Clint Cointment's top aides.

The system will be able to mark the location of the complaint geographically and, according to provided samples, have a "wheel" style display on the phone with options, including links to other agencies, spread out across an arc.

The parish, in recent years, has created a call center and a web-based, laptop-focused work order system for residents, but the future mobile application is, in part, an outgrowth of parish government's effort for more than three years to modernize its back office software system.

The organizational revamp firm, SSA Consultants, had informed parish leaders in 2017 that they had an aging workforce with years of institutional knowledge that needed to be captured before they retired and old computer-and-paper reliant systems that made Ascension government a "dot matrix, printer-type of place."

The software changes, which began in late 2017 under former Parish President Kenny Matassa with several council members then in office pressing him to act, have been an attempt to modernize operations. Parish officials have hoped that, in the process, they would create accountability by generating data on spending, complaints or even grass cutting efficiency that can be converted into measures of performance.

Brandon O'Deay, parish director of information technology, said the application idea came after a conversation with Cointment in the early days of the new administration last year. Cointment asked him about the possibility of a one-stop mobile app.

GONZALES — Though another 60,000 residents are projected to live in Ascension Parish by 2030, parish government retains some of its old police…

O'Deay said his team settled on using the MyCivic application that its software provider, Tyler Technologies, offered in connection with the software systems the parish was already installing.

"The MyCivic app provides our IT team with the technical framework for a modern smartphone app to give a parish/county/city a 'one stop' app for citizens to access government services, report issues, find important local information, get in touch with local officials, etc.," O'Deay said in an email.

Tyler Technologies bought MyCivic in early 2019 and, by June of that year, had inked deals with three municipalities to use the application: Minden and the Texas communities of Boerne and Corinth, the company has said.

On Thursday, the Parish Council authorized spending another $530,800 spread out over two years with Tyler Technologies for a fourth phase of software upgrades.

The upgrades will affect the parish's 311 call center, install an asset management system that will handle work orders, upgrade the Recreation Department software, offer more employee training and set up the MyCivic application. It will dovetail with the call center and new work order system upgrades.

GONZALES — After months of development, Ascension Parish government is mulling the biggest purchase of software in its history, a top parish t…

The earlier third phase is also rounding into completion. It will allow the start of another public-facing application, an open checkbook-style system allowing residents to delve more deeply into parish finances. That could be ready by the end of March and will eventually show up on the future mobile app, O'Deay said.

The first three phases of spending with Tyler Technologies, which was the sole bidder for Ascension's software upgrades in 2017, will fall somewhere between $1.33 and $1.6 million and are expected to be just under budget, O'Deay has said.