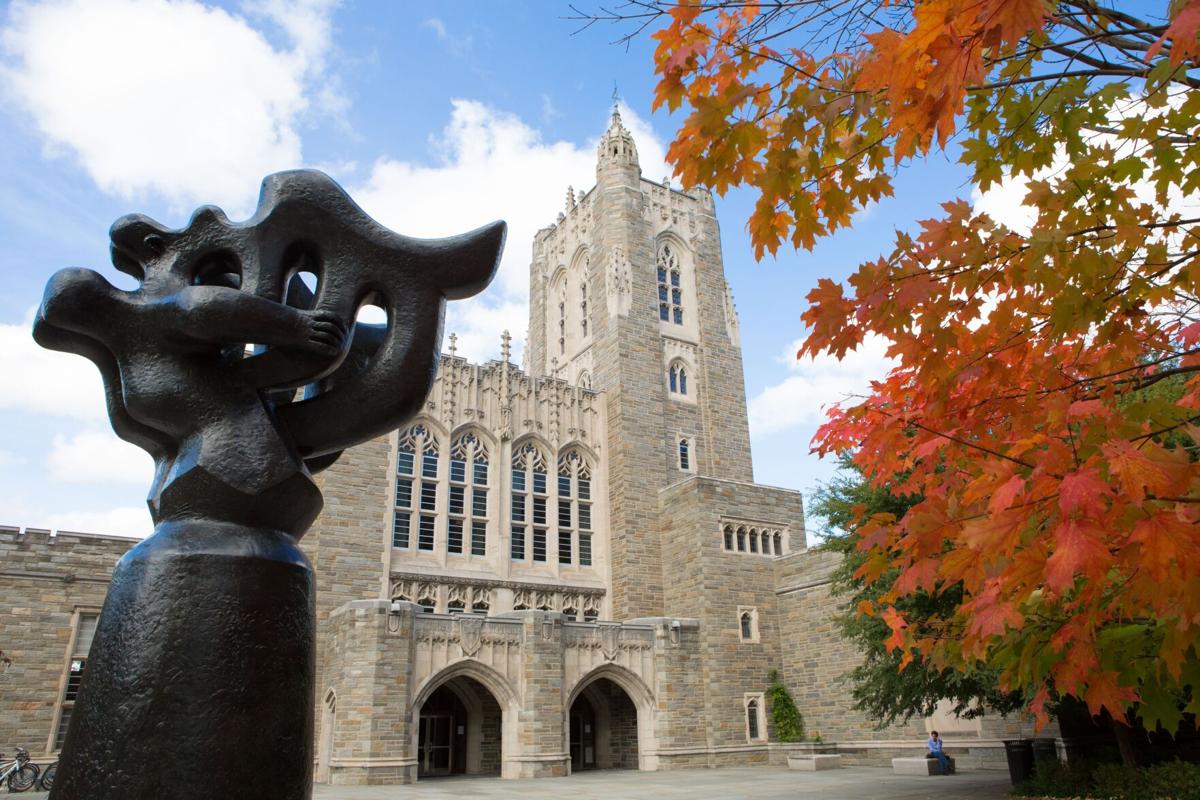 Firestone Library at Princeton University, as seen on Oct. 14, 2014, was one of four campus buildings evacuated after a bomb threat last fall made by a 15-year-old Canadian youth recently found with relatives in St. James Parish, Canadian police say. 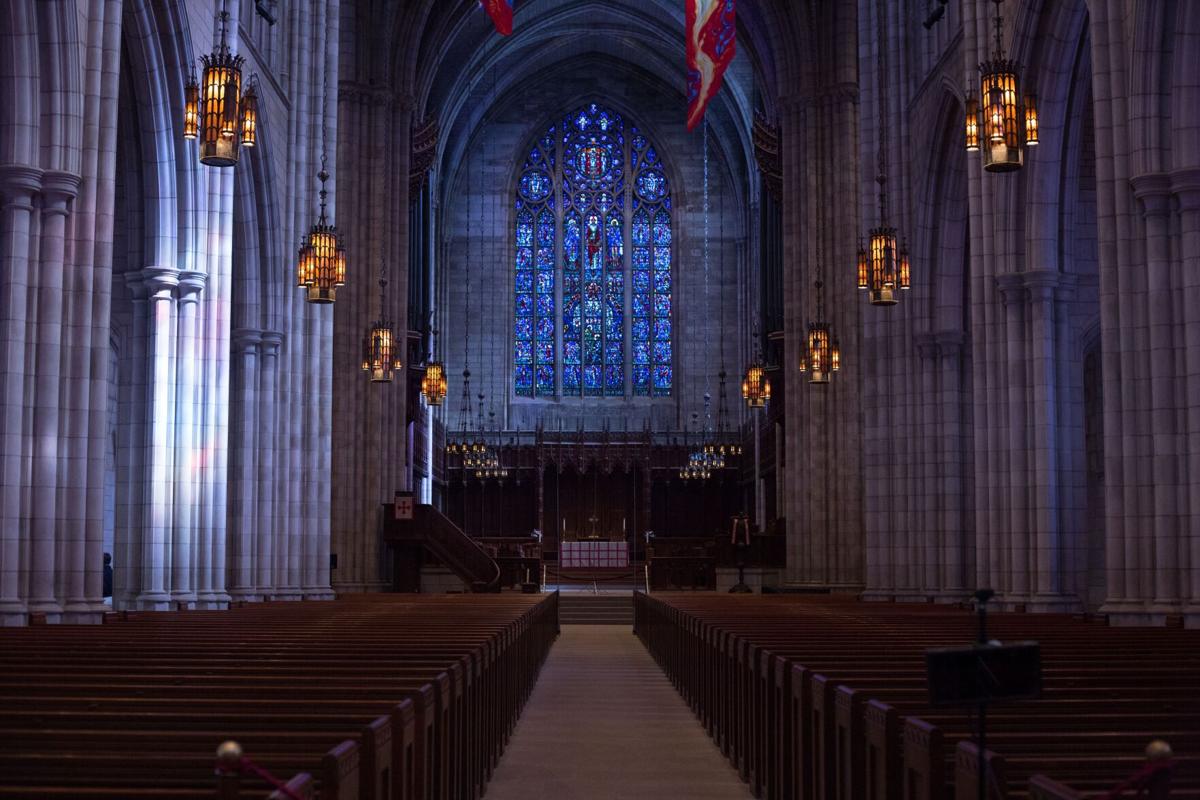 The interior of Princeton University Chapel, as seen on Feb. 27, 2015, was one of four buildings on Princeton’s campus that were evacuated after a bomb threat last fall was made by a 15-year-old Canadian youth. He was recently found with relatives in St. James Parish, Canadian police say.

Firestone Library at Princeton University, as seen on Oct. 14, 2014, was one of four campus buildings evacuated after a bomb threat last fall made by a 15-year-old Canadian youth recently found with relatives in St. James Parish, Canadian police say.

The interior of Princeton University Chapel, as seen on Feb. 27, 2015, was one of four buildings on Princeton’s campus that were evacuated after a bomb threat last fall was made by a 15-year-old Canadian youth. He was recently found with relatives in St. James Parish, Canadian police say.

The 15-year-old is now in a juvenile facility awaiting an extradition hearing before he's expected to head to New Jersey.

Officials, who withheld the boy's name, said they identified him as a suspect last month after a multi-agency investigation spanning two countries and jurisdictions stretching from the central and western Canadian cities of Saskatoon and Edmonton, to the U.S. East Coast and to South Vacherie, a rural corner of southeast Louisiana between Baton Rouge and New Orleans.

The threat at Princeton prompted an evacuation of the Ivy League college's towering chapel and three other buildings on the historic campus, including the 265-year-old Nassau Hall, according to university Twitter alerts.

Nassau Hall was the scene of British surrender in 1777 to then-Gen. George Washington in the battle of Princeton and was briefly the U.S. Capitol in the 1783. It now serves as a campus meeting hall.

The joint investigation pulled in the U.S. Secret Service and the FBI Joint Terrorism Task Force as well as the St. James Parish Sheriff's Office, which was asked to pick up the teen late last month at his relatives' home.

On Thursday, Sheriff Willy Martin Jr. said deputies served a search warrant at the teen's grandparents' house, where they captured the boy on March 24 without incident.

"The grandparents didn't even know why we were there," Martin said. "Obviously, you could see that they were upset over it, but you know they did not know the kid was in some trouble."

Martin couldn't immediately say how long the teen, who previously lived in Saskatoon, had been in South Vacherie or why he was visiting relatives.

Casey A. DeBlasio, spokeswoman for the Mercer County Prosecutor's Office, said Friday that the Princeton University Department of Public Safety had signed a juvenile petition for the boy's arrest over the incident.

According to a story from Canadian public news organization CBC, authorities claim the teen "manipulated the phone system to make it appear the Princeton bomb threat was coming from New Jersey — not another country."

More than two weeks before the Sept. 19 Princeton bomb threat, several U.S. and Canadian law enforcement agencies began looking into a youth suspected of engaging in what's known as "swatting" on both sides of the border, Saskatoon police said in a statement.

The term "swatting" refers to prank 911 calls that often prompt a response from police special weapons and tactics, or SWAT, teams.

Saskatoon police added that the youth "committed many other calls to law enforcement agencies, schools, universities, airports, businesses, and personal residences, threatening violence with weapons" and where people were critically injured.

"All of the incidents committed by the individual were false yet incited panic and fear, and cost tens of thousands of dollars in emergency response throughout both Canada and the U.S.," the statement adds.

No one was injured as a result of any of the false threats, authorities said.

In mid-November, Edmonton police, whose cyber-crime unit was involved in the investigation, searched a home in Saskatoon and seized what cops called "evidence of the offenses."

Besides the Princeton case, the boy also faces other counts in the U.S. over alleged offenses he committed while living in Saskatoon, though the Canadian city's police did not identify any of those locations.

Another court hearing for the teen in the Princeton case has been set for May 3 in Louisiana. A judge must decide whether to allow the teen to be transported to New Jersey to face the criminal count.

St. James Parish does not have a juvenile detention center, but Sheriff Martin said his department is holding the boy under contract with a facility in Mississippi.

Saskatoon police say their investigation is continuing and more counts are expected in both Canada and the U.S.

A Canadian teen who had been staying in St. James Parish was ordered to New Jersey to face allegations he made a bogus bomb threat last fall a…