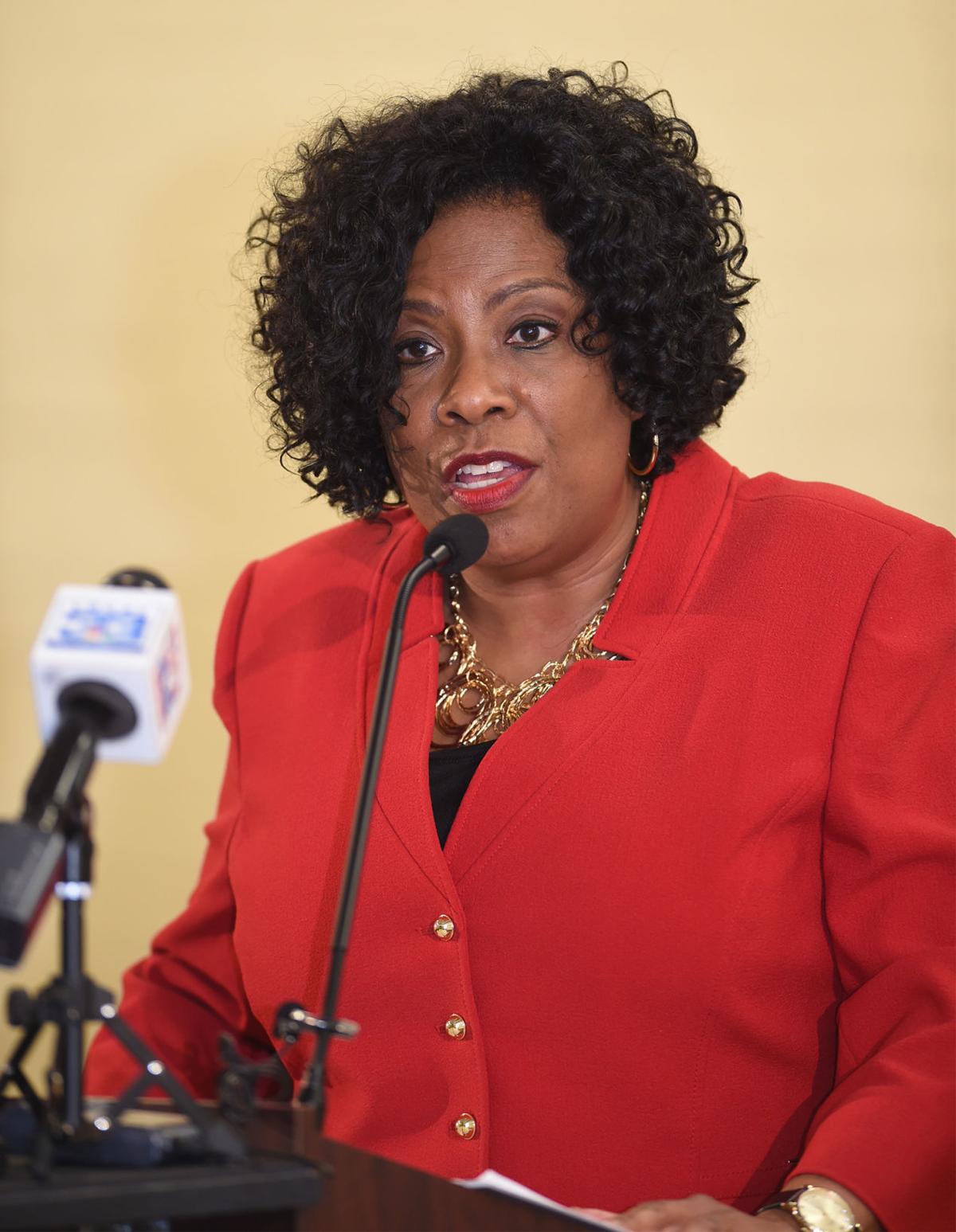 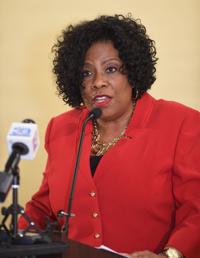 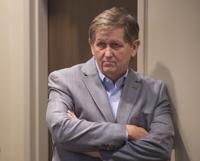 William Daniel listens as East Baton Rouge Mayor-President Elect Sharon Weston Broome speaks during a press conference in which she addressed ongoing transition meetings and other details, Thursday, Dec. 29, 2016 in the newly-redesigned Metro Council chamber in City Hall. All department heads will become interim on Jan. 1, she said, and Daniel will serve as interim Chief Administrative Officer. 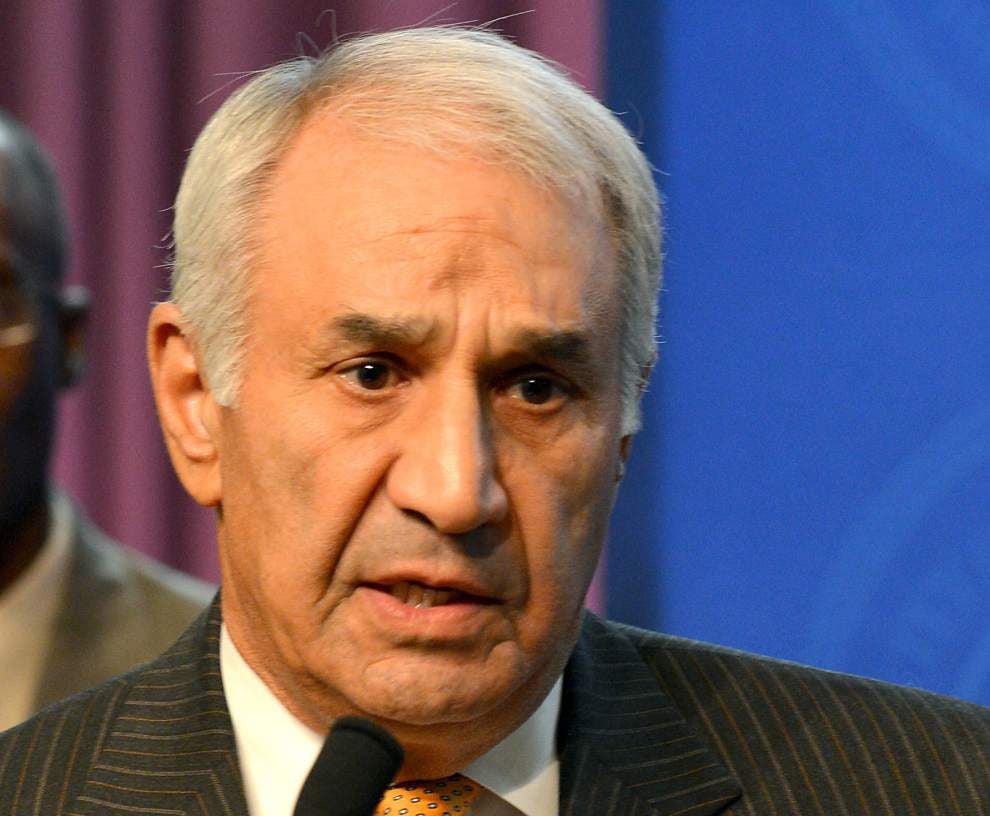 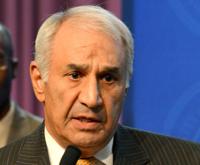 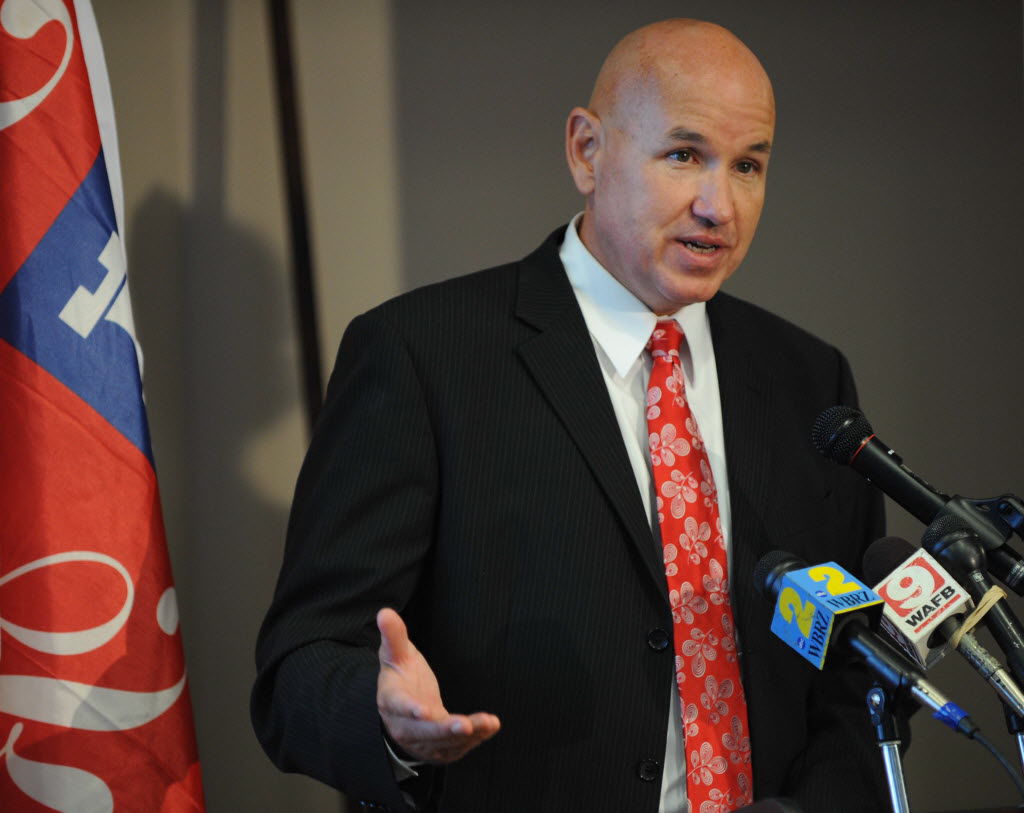 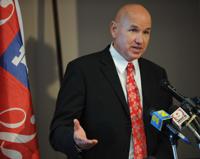 William Daniel listens as East Baton Rouge Mayor-President Elect Sharon Weston Broome speaks during a press conference in which she addressed ongoing transition meetings and other details, Thursday, Dec. 29, 2016 in the newly-redesigned Metro Council chamber in City Hall. All department heads will become interim on Jan. 1, she said, and Daniel will serve as interim Chief Administrative Officer.

But Broome has yet to name the person who will oversee city government's intricate workings on a day-to-day basis, the leader who she will need to trust at all times and who will be her stand-in when she is preoccupied. The importance of choosing a quality chief administrative officer cannot be overstated, say those who have held leadership positions in past administrations.

Broome said she has interviewed as many as 10 people for the job, and an Advocate public records request revealed more than 100 people have applied thus far. The mayor-president said Feb. 27 that she expected to announce her choice within two weeks.

But on Friday, she said she still has not extended a job offer to anyone.

"I will tell you that recently, I've come across some people who I think could fulfill the role, but have I solidified that one person? No, I have not," she said. "So the clock is ticking and I am fervently at work trying to close the chapter on this."

Trying to be the mayor-president without a hand-picked chief administrative officer has not been easy, Broome said. Former Mayor-President Kip Holden's Chief Administrative Officer William Daniel, who Broome has kept on an interim basis, has been helpful, she said.

But until she finds her own person, Broome described the late hours involved while she pulls the double duty of being the mayor-president and handling some operations of government that would normally be left to a chief administrative officer.

"I really need a CAO so that I can focus more on some of the goals that I've established," Broome said. "I've been doing quite a bit."

Some applicants have sent in résumés from the city-parish's job posting, which started being advertised on Jan. 17, and others have submitted materials after seeing the job ad on the International City Managers Association website. But Broome is not bound to pick from people who have applied in the traditional route.

She has reached out to friends and organizations that she's been involved with around the country as she has sought applicants, and Broome said that's how she found some of the people she has interviewed, while she found others from applications.

"As the leader of the staff, the chief administrative officer cannot afford to become depressed or overwhelmed," said Mike Futrell, also a former CAO under Holden. He described working through hurricanes Gustav and Ike and the difficulties of the BP oil spill. "They have to have the strength of character to carry on and inspire the rest of the staff to carry on."

Mike Futrell, former CAO - Where is he now?

The chief administrative officer also has to be politically savvy and persuasive enough to convince a majority of the 12-member Metro Council to buy into the mayor-president's ideas when they need council approval. Futrell described the role as being the linchpin between the mayor and the Metro Council.

"Council members understand that they're not going to agree on everything, but above all, they understand that person is honest and has an open line of communication," said James Llorens, who was an assistant chief administrative officer in Holden's administration.

And given the close relationship between the Metro Council and the CAO, former Mayor Pro Tem Mike Walker said he's surprised Broome has not hired someone yet.

"I find it different," Walker said. "The mayor-president should have somebody in mind, when they get elected, quite frankly. Or soon thereafter."

Walter Monsour, who stepped down recently under fire over funding and his salary as head of …

BRAC President and CEO Adam Knapp said the chamber is particularly hopeful that Broome will hire someone who emphasizes the upkeep and cleanliness of the parish. Knapp said that means a CAO who will make sure city agencies, particularly the public works departments, stay on top of maintenance and champion eliminating blight.

Futrell commended Broome for holding a national search, saying the job ads reached him where he is now the city manager for South San Francisco. Llorens said, though, that whoever takes the job needs to have a good baseline understanding of the problems that Baton Rouge is facing, which might best come from someone who has at least lived here in the past.

About 25 percent of the 102 applicants that The Advocate reviewed were from other states as near as Texas and Mississippi and as far as Minnesota and Colorado. But many applicants in that pool lacked the government experience Broome might be looking for, with professional backgrounds that included consultants, lawyers, teachers and more.

One name that could fit the bill is Jacques Molaison, who was Jefferson Parish's chief operating officer under former Parish President John Young. Molaison is now a senior assistant parish attorney in Jefferson, and said he sees a lot of parity between his parish and Baton Rouge.

But Molaison said he has not received a response to his application from Broome's administration, though he has kept checking to make sure the job ad is still online.

Another applicant was Jason Redmond, who was a political adviser for U.S. Sen. John Kennedy and was Kennedy's communications director while he was state treasurer. April Hawthorne, a Baton Rouge planning commissioner and former legislative assistant for Broome, also applied. "I believe my 20-plus years of experience in both government and politics would be an asset to the new administration and help move Baton Rouge forward," said Redmond. Hawthorne did not return a message Friday.

Though Daniel has continued to serve as interim chief administrative officer, he did not apply for the job in Broome's administration. Daniel said his goal was to help Broome during her transition, but that he understands that mayors want their own CAO's and that Broome would want someone new.

"Given the quality of William Daniel and his knowledge and ability, it takes a lot of the pressure off the mayor to make that decision in a slow and careful way," said former Mayor-President Tom Ed McHugh. "What a blessing it was for her to have William to hold it together until she can find a person who fits what she's looking for."

Before Mayor-President Sharon Weston Broome took her oath of office in January, she announced that she was launching a national search for the…