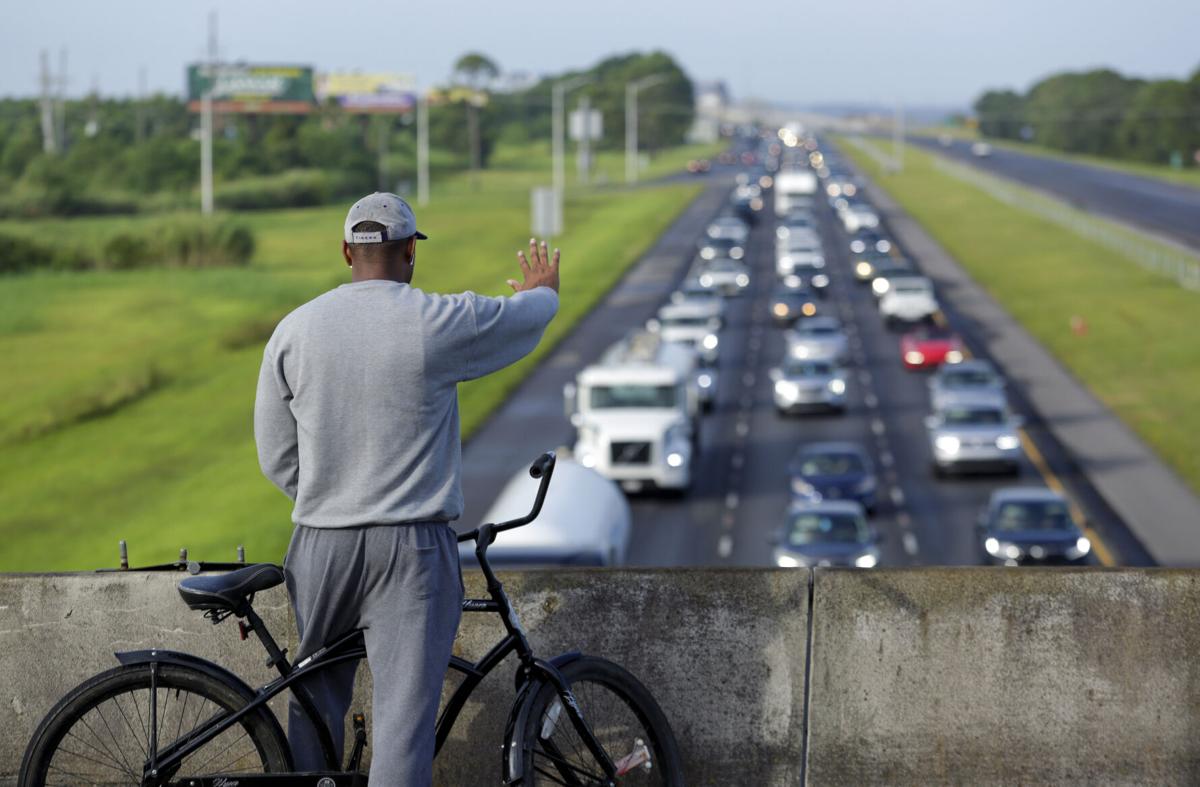 A bicyclist waves to evacuees headed east on Interstate 10 near Slidell Saturday, Aug. 28, 2021, as Hurricane Ida, forecast to become a Category 4 storm, approaches. 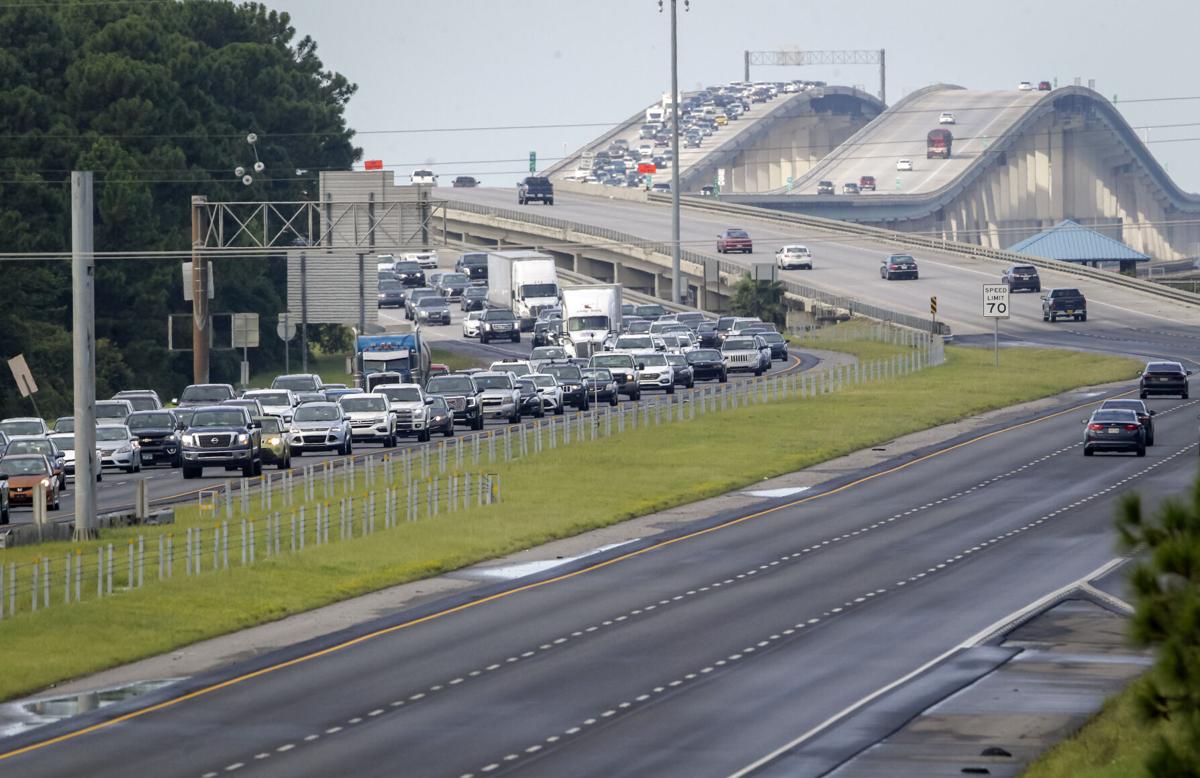 A bicyclist waves to evacuees headed east on Interstate 10 near Slidell Saturday, Aug. 28, 2021, as Hurricane Ida, forecast to become a Category 4 storm, approaches.

All Assumption Parish residents must evacuate and seek higher ground as Hurricane Ida bears down on the Louisiana coast, officials said.

The current combined track has the eye of the hurricane passing through the Lake Verret basin and Pierre Part area late Sunday or early Monday with greater 100 mph winds, according to the Weather Underground website.

The Police Jury order comes less than a day after parish officials had issued a voluntary evacuation of low-lying areas in Assumption and other parishes closer to the coast have issued their own mandatory orders.

Traffic from people leaving areas along the Louisiana coast is already clogging major highways in the Baton Rouge and New Orleans corridor.

That means for residents who remain and define the order, there will be a gap in time, perhaps 12 hours, when no one may respond to their calls for help.

"If they take that risk, they need to know that they are taking that risk, and they could be putting themselves in a situation where no emergency service is going to be there," Boudreaux said.

Assumption Parish has slightly more than 21,000 people. The order was issued through the parish's notification system and posted on social media shortly after 9 a.m. Saturday.

Boudreaux said the timing of the order was based on LSU traffic and behavioral modeling and the latest National Hurricane Center forecast Saturday morning, which shifted the storm track only slightly west from last night.

Tracks had the storm passing near Labadieville but have shifted to having it pass near Pierre Part, both in Assumption.

Without ordering mandatory evacuations, Tangipahoa Parish President Robby Miller on Friday urged residents who live south of La. 22 — a rural, swampy shoreline along Lakes Ponchartrain and Maurepas, where Ida could bring powerful storm surge — to flee the area. The parish president likewise said everyone who lives in mobile home should evacuate.

“While there is daylight and before the rain begins, please make every effort to get to a safe location where you can get through this storm,” said Miller.

But officials want people to go to those shelters only as a final recourse due to the continued rampant spread of COVID-19. The virus has spread quickly in Tangipahoa, causing death rates and hospitalizations there to soar amid Louisiana’s worst-ever wave of the coronavirus.

People will have to heed social distancing and wear masks at the shelters, Tangipahoa Emergency Preparedness Director Dawson Primes told The Advocate.

“People are encouraged to seek out any other forms of shelter they can find before coming to a shelter,” Primes said Thursday.

Hurricane Ida is expected to make landfall between Houma and Morgan City on Sunday as a Category 4 storm, bringing catastrophic wind and water surge of 10 to 15 feet at the coast.

Hurricane Ida: Baton Rouge is in the bulls-eye; here's a parish-by-parish look at Ida's impacts