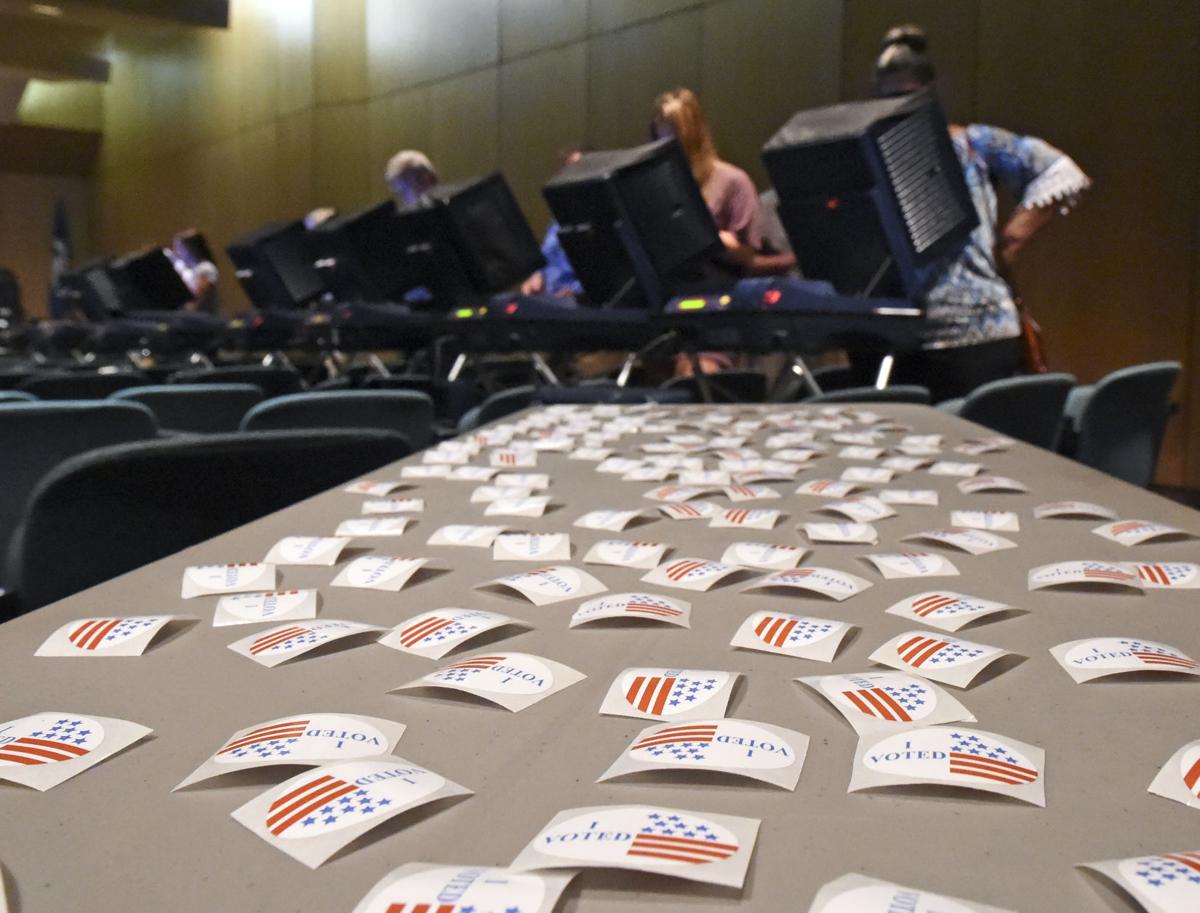 Stickers await voters as they cast their ballot on the last day for early voting, Tuesday, October 30, 2018, at the State Archives in Baton Rouge, La. 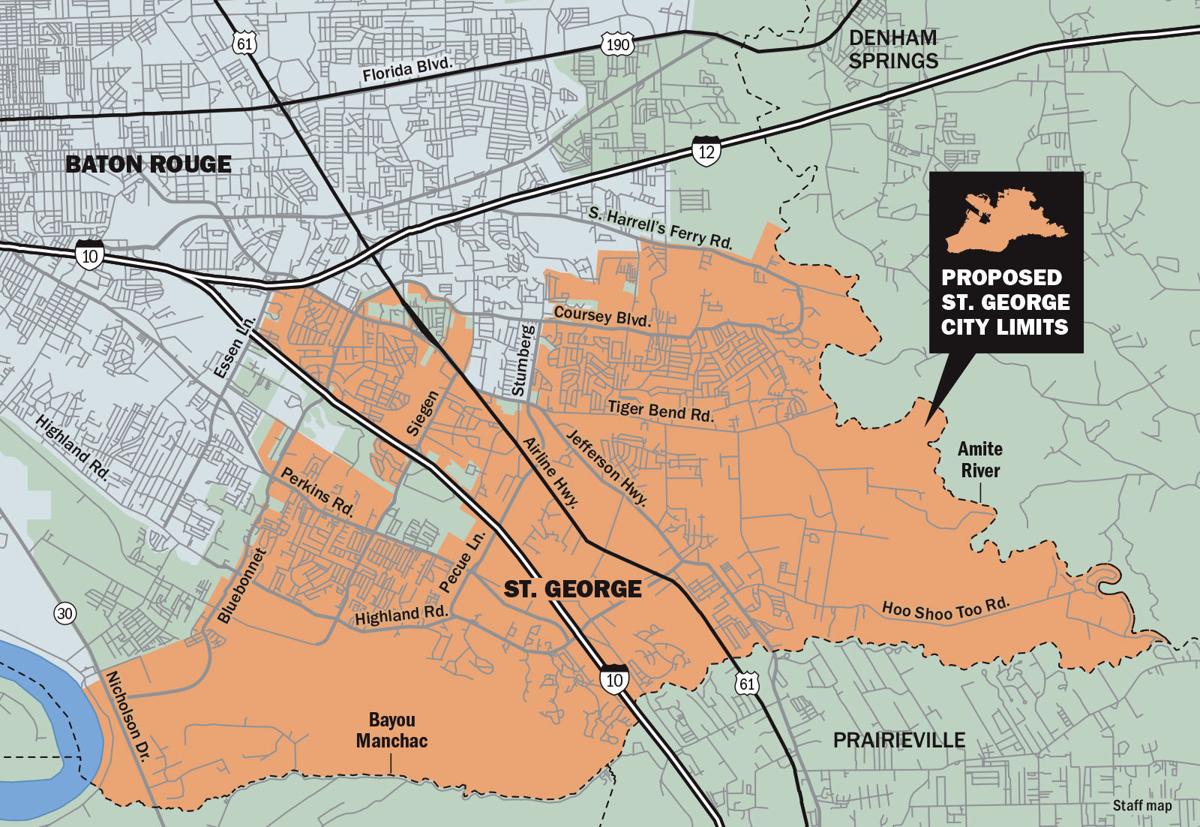 The proposed boundaries for the city of St. George have split nearly three dozen precincts in southeast East Baton Rouge Parish, but city-parish election officials said Monday ensuring the incorporation proposal appears only on the proper ballots Saturday will be a piece of cake.

"Keep in mind we have split precincts all the time; this isn't just a St. George issue," said Steve Raborn, the parish's Registrar of Voters. "Almost every election, we have split districts when it comes to various taxing districts, like fire protection for example."

Saturday is election day, when voters who didn't make it to the polls during a weeklong early voting period will have a final chance to make their selections.

In the finals days before the election, the camps on both sides of the controversial St. George incorporation effort are spending money on TV and radio spots.

The incorporation proposal will appear on the ballots of the more than 50,000 registered voters in the area.

Some confusion among voters had popped up regarding who would and wouldn't be allowed to vote on St. George's incorporation during early voting, which ended Saturday. Most of the uncertainty was concentrated in the precincts that didn't fall entirely within the defined boundaries of what could become the parish's fifth municipality.

According to the Registrar of Voters Office, 42 voting precincts are located wholly within the boundaries of the proposed city and 34 split precincts are related to the St. George incorporation proposal.

Raborn doesn't expect there to be any confusion Saturday when voters show up at the polls. He said election commissioners have been trained on how to make certain the incorporation item appears on the ballots of those allowed to vote on it.

During early voting, voters are issued electronic cards with their respective ballots uploaded on them. But on election day, Raborn said the voting machines will have what's called "full-faced ballots" that give election commissioners the ability to block voters from voting on St. George if their address doesn't fall within the proposed city. Parishwide, there are several ballot styles, each based on what races are active in various parts of town.

"Every voter in the area will see it on their machine, but those who aren't eligible to vote on it will be locked out," Raborn said. "By each voter's name in the registration book is a certain number and when the commissioner activates the machine, they'll push the appropriate button for the number associated with the voter's name."

Fred Sliman, spokesman for the parish's Clerk of Court Office, said any voter with a question or concern about why they're able or unable to vote on any candidate or issue in the Oct. 12 elections should discuss them with the commissioners on Election Day.

"We've stressed to them to be mindful of the lockouts," Sliman said Monday.

Which group will likely tilt the St. George vote? It's all about undecided voters

Less than two weeks remain before balloting begins on whether to create a new city of St. George, and leaders from the proposed municipality a…

With the election less than a week away, political action groups on both sides of the issue are taking their campaigns to airwaves and local TV stations after spending months making their arguments for or against the incorporation proposal mostly on social media and in mailers.

The St. George PAC spent $18,475 to air 21 spots (30 seconds in length) this week on WAFB-TV, according to reports filed on the Federal Communications Commission website.

"No City of St. George," one of several groups to come out in opposition of the incorporation, has spent nearly $40,000 total on  radio and TV ads.

St. George-area mailboxes filled with flyers ahead of incorporation vote; here's who is behind them