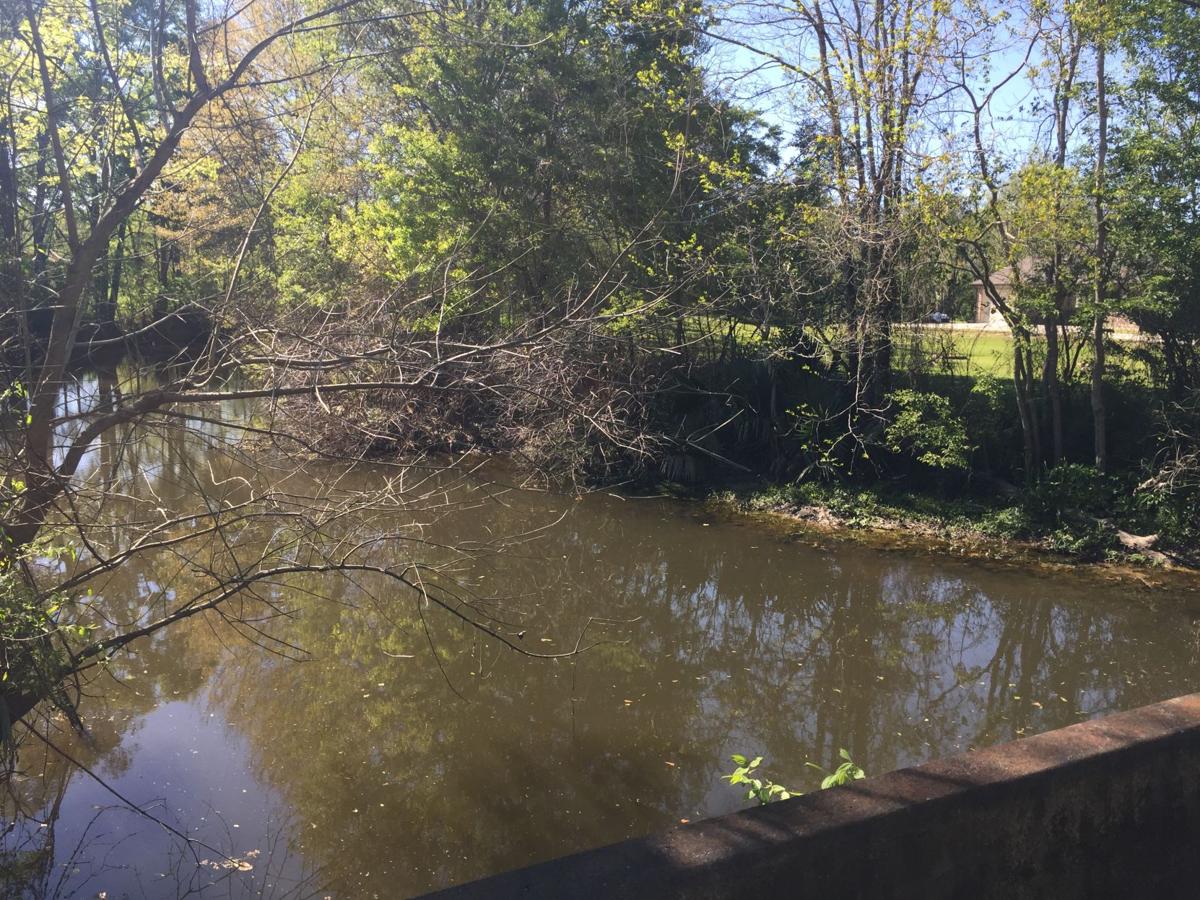 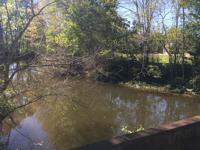 A home that was recently built in the past year sits Thursday, March 21, 2019, along the banks of Bayou Conway south of Gonzales. Ascension Parish government recently finished new flood mapping in this area and determined that that home and others in the area are in the "floodway," a special designation by the Federal Emergency Management Agency that greatly curtails the ability of landowners to build on their land. The floodways are expected to take effect May 15, but parish officials are trying to delay their implementation. 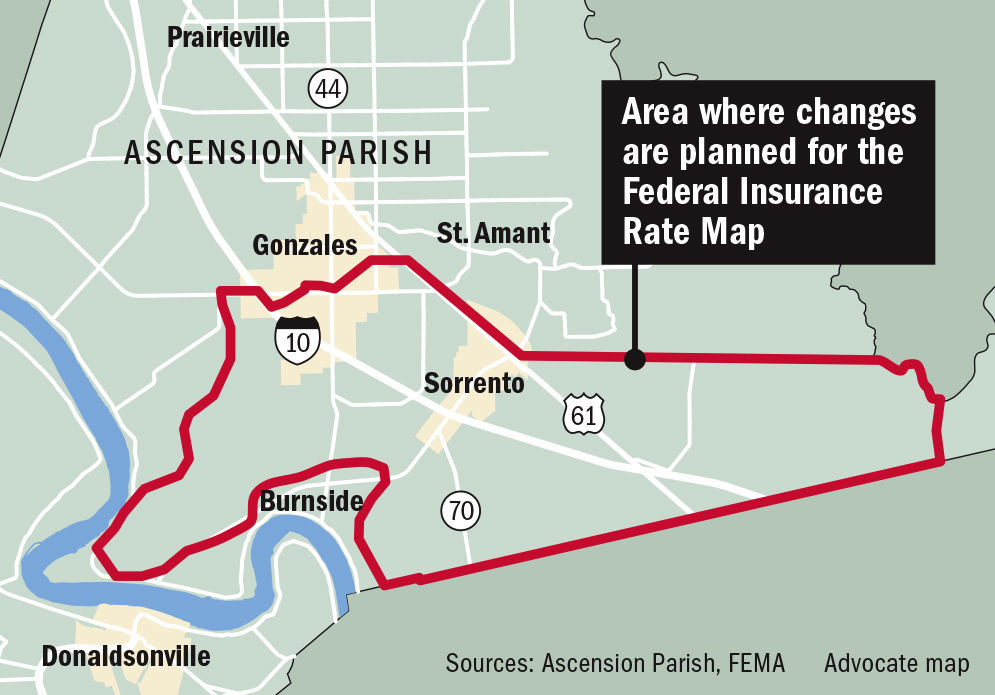 A large area of southern Ascension Parish, including parts of Gonzales and Sorrento, is expected to see changes to flood risk zones that affect whether and how much people must pay for flood insurance. Some areas would also see building restrictions. 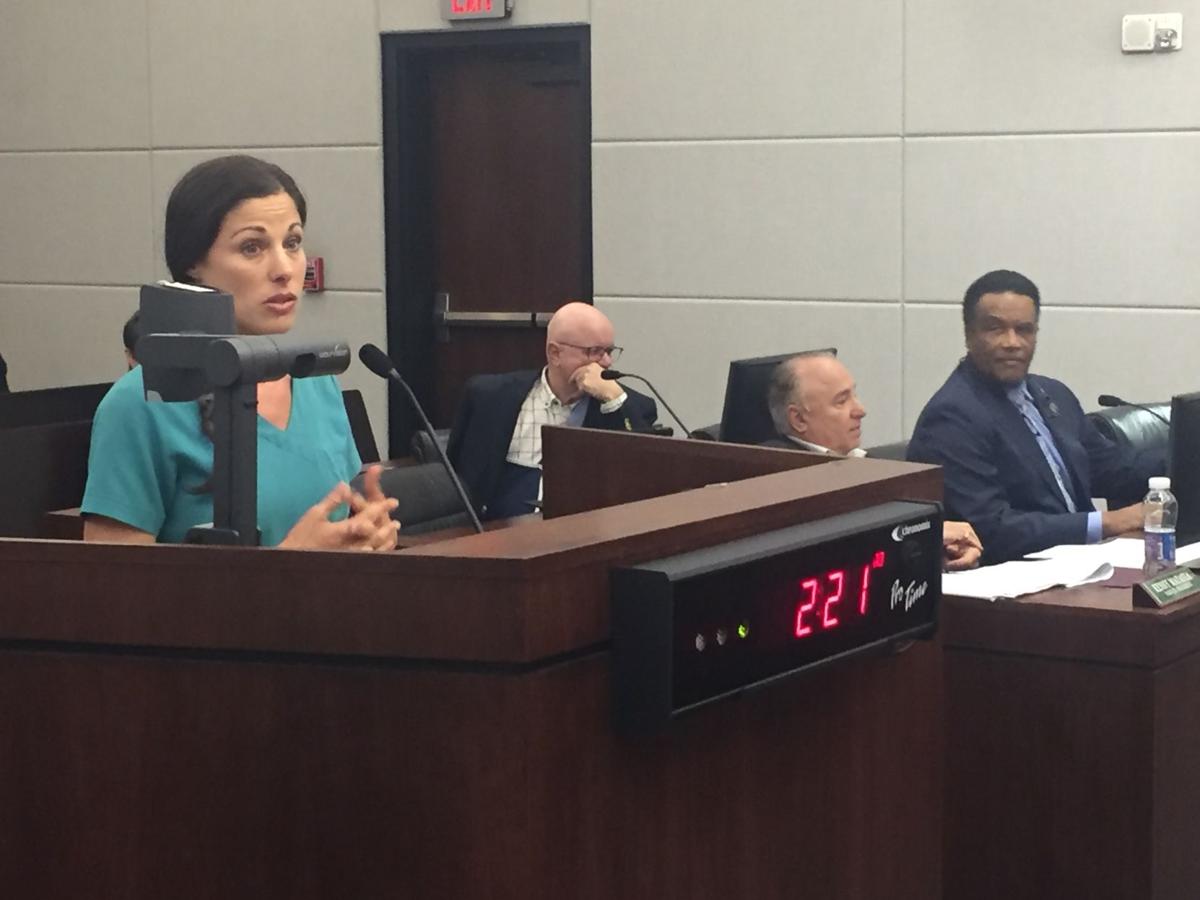 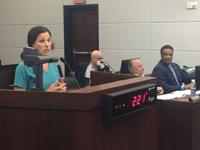 A home that was recently built in the past year sits Thursday, March 21, 2019, along the banks of Bayou Conway south of Gonzales. Ascension Parish government recently finished new flood mapping in this area and determined that that home and others in the area are in the "floodway," a special designation by the Federal Emergency Management Agency that greatly curtails the ability of landowners to build on their land. The floodways are expected to take effect May 15, but parish officials are trying to delay their implementation.

A large area of southern Ascension Parish, including parts of Gonzales and Sorrento, is expected to see changes to flood risk zones that affect whether and how much people must pay for flood insurance. Some areas would also see building restrictions.

GONZALES – Missy Jackson has spent 25 years living near Bayou Conway on Hodgeson Road in Ascension Parish and has never suffered through a flood there, she said.

She and her husband, Todd, have raised their children on acreage once held by Todd’s granddad, B.E. Hodgeson, the road’s namesake, and their land still bears the trees that once lined fencing for his grandad’s pasture, long since removed.

The Jacksons planned for their children to raise their families on Hodgeson. Their adult daughter already has a home there and Missy’s son would be next in line, she hoped.

But, as a couple dozen other landowners along Hodgeson and in other spots along waterways south of Gonzales have realized, the Jacksons now have questions about the long-term value of their property as new flood maps proposed for southern Ascension Parish threaten to greatly limit future construction on their land.

“It’s just devastating because we live here because it’s family land and it’s been in the family and the people that moved in are family,” Jackson said as her neighbors listened during a recent interview. “We didn’t build in subdivisions because we don’t want people telling us what to do with our land.”

“This was supposed to be …,” Jackson said as the emotion in her voice finally caught up with her words.

The restrictions upsetting Jackson, 53, and others are expected to come with new floodways proposed along waterways under new flood insurance rate maps set to take effect this spring.

Floodways designate the direct flow path of a waterway in a 100-year flood. They are designed to limit new obstructions that could cause flowing water to rise higher than it otherwise would and potentially harm nearby property.

In Ascension, where the floodways are being introduced for the first time, this means new development in the floodway would require special permitting through the Federal Emergency Management Agency, if it is allowed at all.

At the urging of Parish Councilman Bill Dawson, the council agreed recently to delay adoption of a key ordinance that would trigger implementation of the maps.

Dawson, who had pressed for the maps for several years to lower flood insurance in other parts of his district, is trying to buy time and perhaps convince FEMA to restart the clock on appeals of the floodways before they and the new flood maps take effect May 15.

Dawson said residents who live primarily in the Hodgeson Road area weren't given enough notice about how the new maps would affect their ability to build in the future.

The parish's first public informational meeting on the proposed map changes was March 14, a little more than a week after the deadline to appeal the map changes to FEMA expired.

Several residents said they received letters from the parish about the restrictions only a week or two before that meeting at the parish Governmental Complex in Gonzales.

Dawson told council members last week he wanted to push the vote on the ordinance until later in April while the parish tries to convince FEMA to reopen the appeal period and tries to re-evaluate the proposed maps.

In an interview, a FEMA spokeswoman said the implementation of the new maps can't be delayed once the appeal period ends. That same spokeswoman, Robin Smith, said she could not immediately say how Ascension's latest actions might affect the map process.

Before the unanimous vote, residents who live in the Hodgeson area complained about the lack of notice and challenged the accuracy of the new floodway. They also said the proposed development restrictions would make their homes worthless. They say they have invested in their homes and still pay insurance, taxes and a monthly mortgage.

Gautreaux, 38, who with her husband has been a neighbor to the Jacksons for 10 years said she received a letter from the parish about the flood maps weeks after it was written Feb. 20.

Prompted by a parish-funded study, the map changes, known as a "letter of map revision," will establish flood elevations across parts of southern Ascension that haven't had them.

The new maps would move more than 1,200 properties into lower risk flood zones that could mean reduced insurance costs. Many of those properties are in the Pelican Point and Pelican Crossing neighborhoods along La. 44 in the Burnside area.

GONZALES — The owners of more than 1,200 properties in southern Ascension Parish could see lower flood insurance rates after the adoption of n…

But the new maps also put another 340 properties in more expensive, higher risk flood zones and also lay out the floodways in the Boyle Bayou, Bayou Conway and Panama Canal watersheds.

During the council meeting Thursday and in prior interviews, residents have pointed out that the new maps seem to have the flooding dynamics backward for Bayou Conway in the Hodgeson area.

They say the land between Bayou Conway north to La. 30, an area which is drained by the nearby Clouatre Ditch, is low and often floods, even in strong rains. That area has remained partially undeveloped and wooded because of that risk, residents said.

This is the area containing the Silverleaf neighborhood, now the target of a Gonzales city buyout effort due to chronic flooding.

But residents of the area south of Bayou Conway on Hodgeson, where the Jacksons, Gautreauxs and others live, say that is the high ground where homesteads were established 200 years ago that haven’t flooded.

Yet the new maps would designate their area as the floodway for Conway and leave the area north of their homes, where it chronically floods, out of the floodway.

"The flood of '76, the flood of '83, the great flood of 2016 affected none of our houses back where we live," Mike Gautreau, 57, told council members Thursday. "Hurricane Andrew, Hurricane Katrina, Hurricane Gustav, none of that was an affected situation."

According to the proposed maps, the area would see the addition of floodways, but the entire area from La. 30 and south beyond Conway has and would remain in the most high-risk flood zone. It's where flood insurance is required for homes with mortgages.

Many homes on Hodgeson are elevated on dirt or piers.

Some parts of the Baton Rouge region saw flooding more severe than the benchmark 100-year flood. Parts of Ascension also flooded severely. But Melissa Kennedy, one of the parish's consulting engineers for the new maps, has said the Conway area didn't see a 100-year flood in 2016.