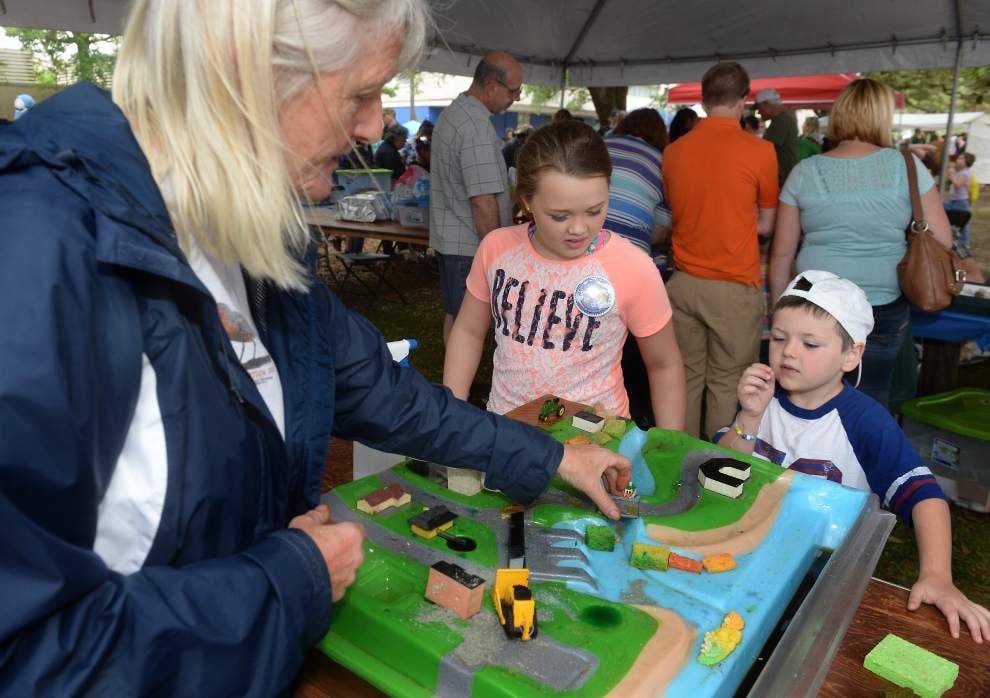 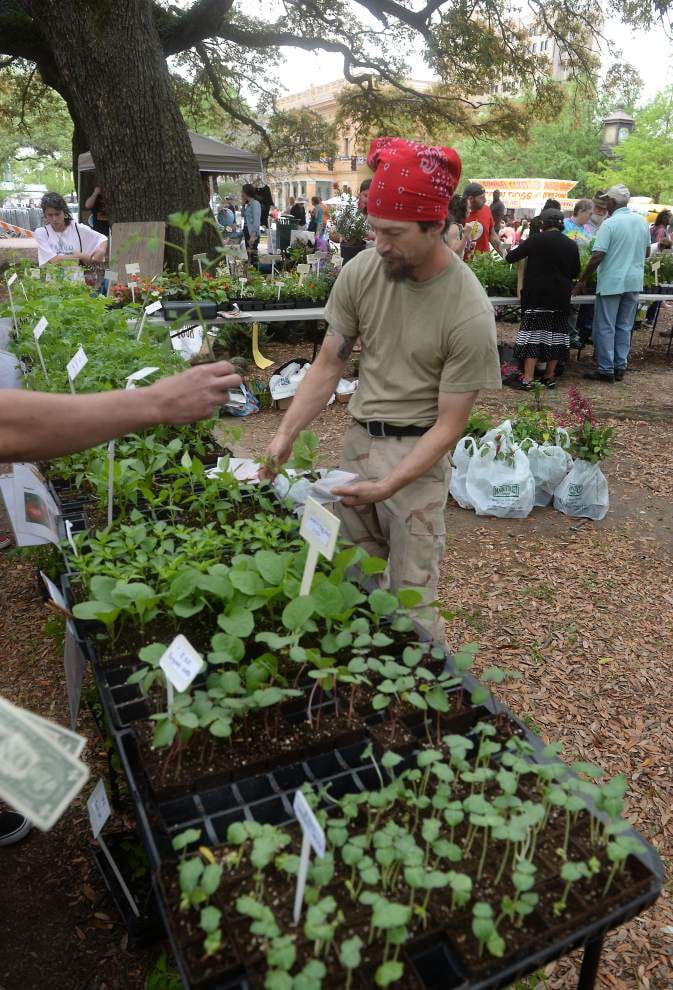 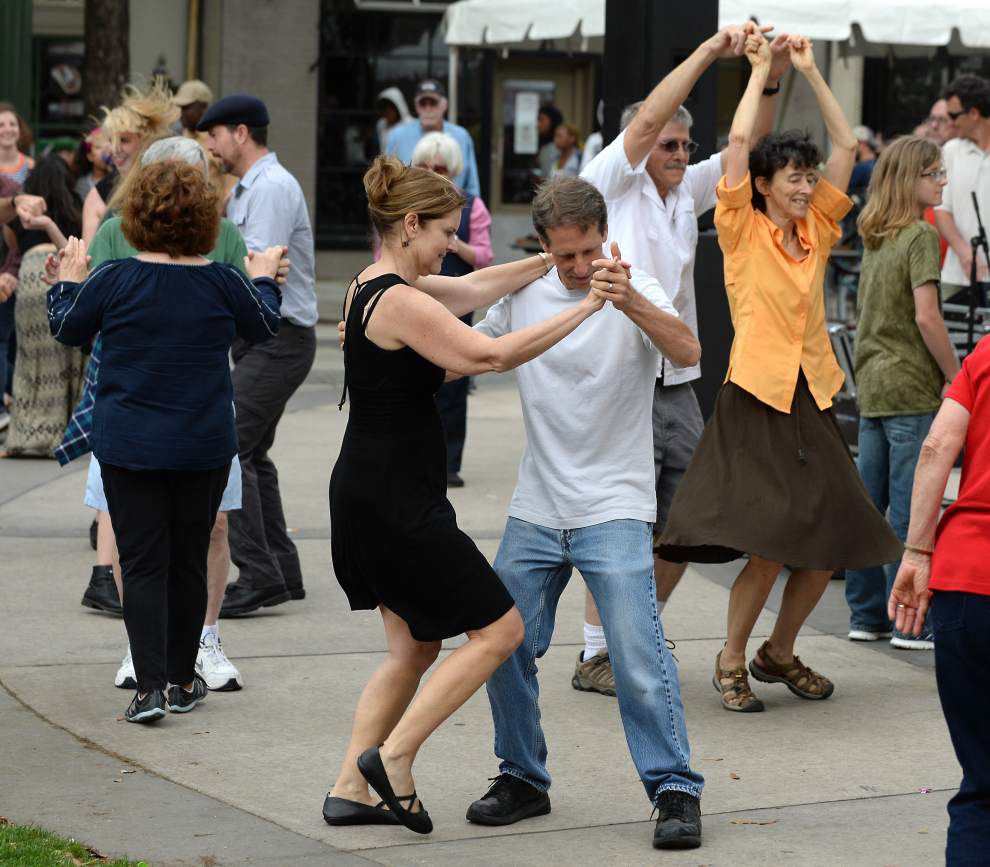 After nearly three decades in downtown Baton Rouge, an Earth Day celebration billed as one of the South’s largest is pulling up roots and moving to the Baton Rouge Zoo, at least for this year.

Louisiana Earth Day set for April 17, with a full slate of entertainment, musical and otherwise

A more concentrated Louisiana Earth Day, running until 6 p.m. this year, will be held in dow…

Event organizers said they couldn't get city approval, such as police permits, for the event to remain in Town Square. They were told the denial was due to ongoing construction in the area including the raising of the new River Center Library and the transformation of the courtyard behind City Hall.

The drumming of jackhammers, beeping of cranes and clanking of bulldozers have become the da…

Earth Day Chairwoman Susan Hamilton, who works for the city, said local government made the right call to keep people away from work zones this year. The Earth Day celebration has a larger footprint than other springtime events held downtown such as Blues Fest and Fest For All, she said.

However, police have also complained of bouts of violence at the celebration in the past few years. In 2016, an officer was filmed punching a 16-year-old while making an arrest. While the event spurred complaints of excessive force, the department found no evidence that the officer violated department policy, and he was returned to active duty.

Earth Day spokeswoman Brenda Nixon deflected when asked if she thought the incident factored into the city's decision to deny Earth Day permits this year.

"This is a very difficult question. ... We are just this family-oriented festival," she began.

"Yes, we had some problems last year. ... Whether that is a problem for (city authorities), you need to ask them."

Police spokesman Lt. Jonny Dunnam said permits were denied solely due to construction, and that the department expects to see Earth Day return downtown in 2018.

James Gilmore, the mayor's assistant chief administrative officer, said the decision to move this year's Earth Day festival had already been made by the time the new administration learned of the plan.

Gilmore is pleased about the move to the zoo, though, saying that Mayor Sharon Weston Broome wants to encourage people to visit north Baton Rouge and highlight offerings around Baker. She also favors keeping the zoo at its current location, he said, although some have called for it to move.

Earth Day organizers have said attendees can still expect fun and educational events, though they're not pleased visitors will have to pay zoo admission, since the festival has always been free.

"We didn't really want to move it," Hamilton said.

"This is the only year we're going to do this," Nixon said.

Also, because they can't harass the animals with lots of loud noises, most of the bands have been cut from the program.

"We usually have a lot of people that come for the music ... So there will be a tremendous drop in attendance," Nixon predicted.

She emphasized several groups that will still be on hand. In addition to dancers, face painters and other festival fare, Earth Day will host beekeepers, the LSU Museum of Natural Science and researchers who study local crabs.

Long a popular event, Earth Day has been held downtown every year since 1991 and is now in its 27th year.

Folks who end up downtown Saturday will still encounter science-related programming. A local March for Science is being planned in solidarity with similar events across the country.

That event starts with an 11 a.m. rally at Town Square, followed by a noon march to the capitol, where another rally will be held between 1 p.m. and 2 p.m. Nixon encouraged marchers to head over to the zoo afterward, where the Earth Day celebration will continue until 6 p.m.

The Advocate is an Earth Day festival sponsor.

Louisiana Earth Day is setting up shop at LSU's Parker Coliseum this year with a greater focus on events catering to children and families, ac…