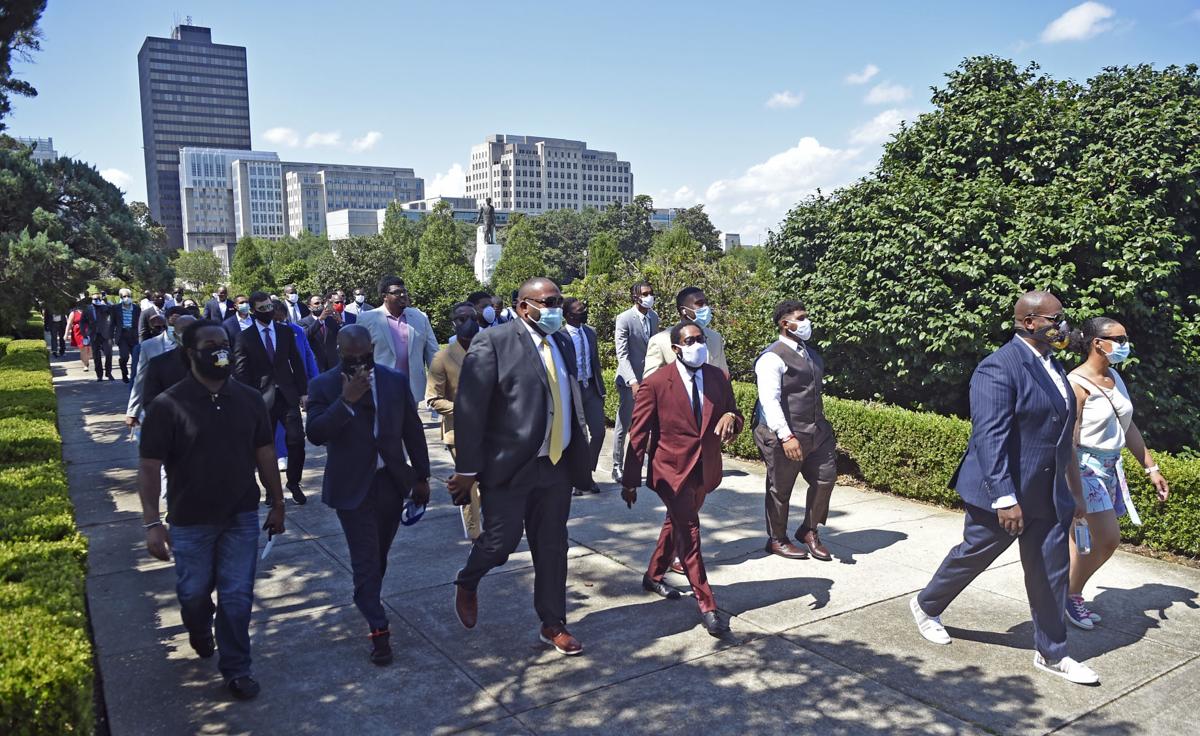 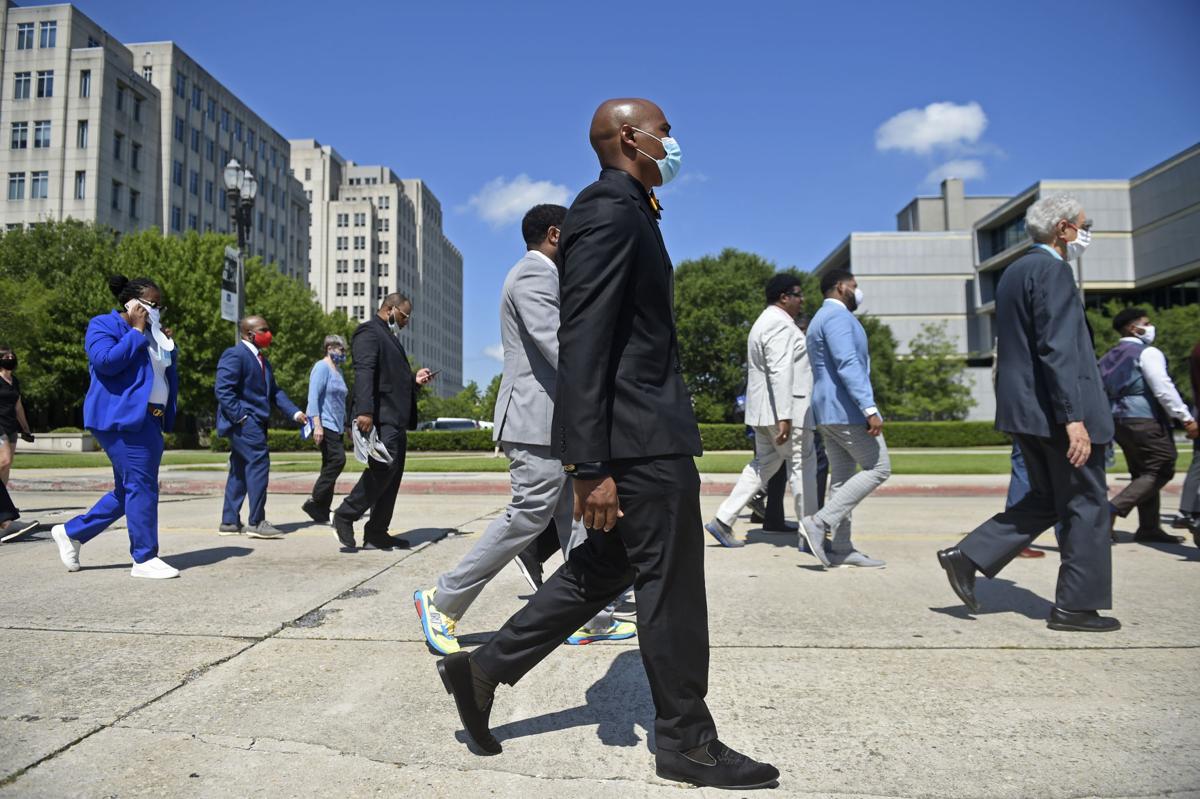 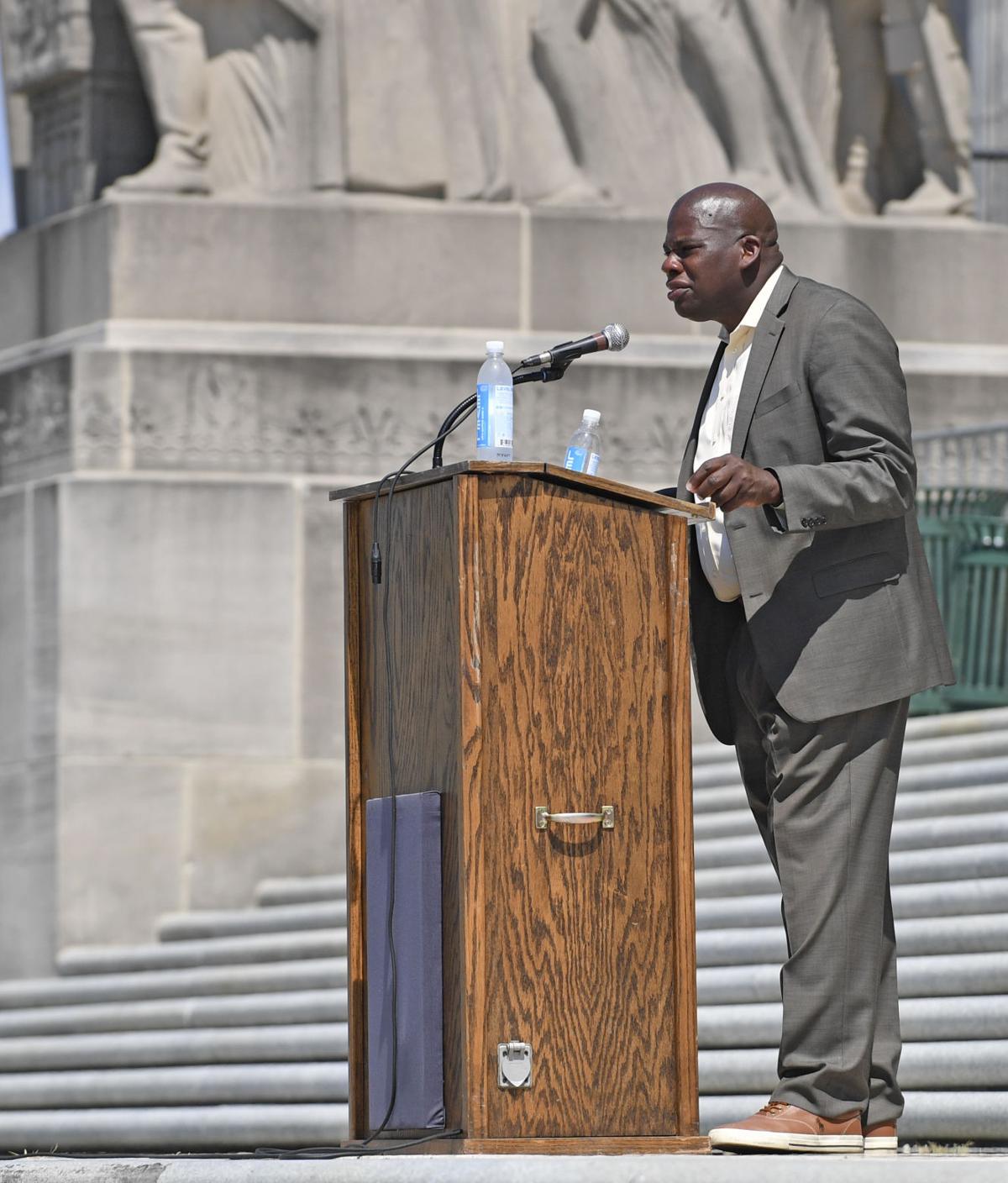 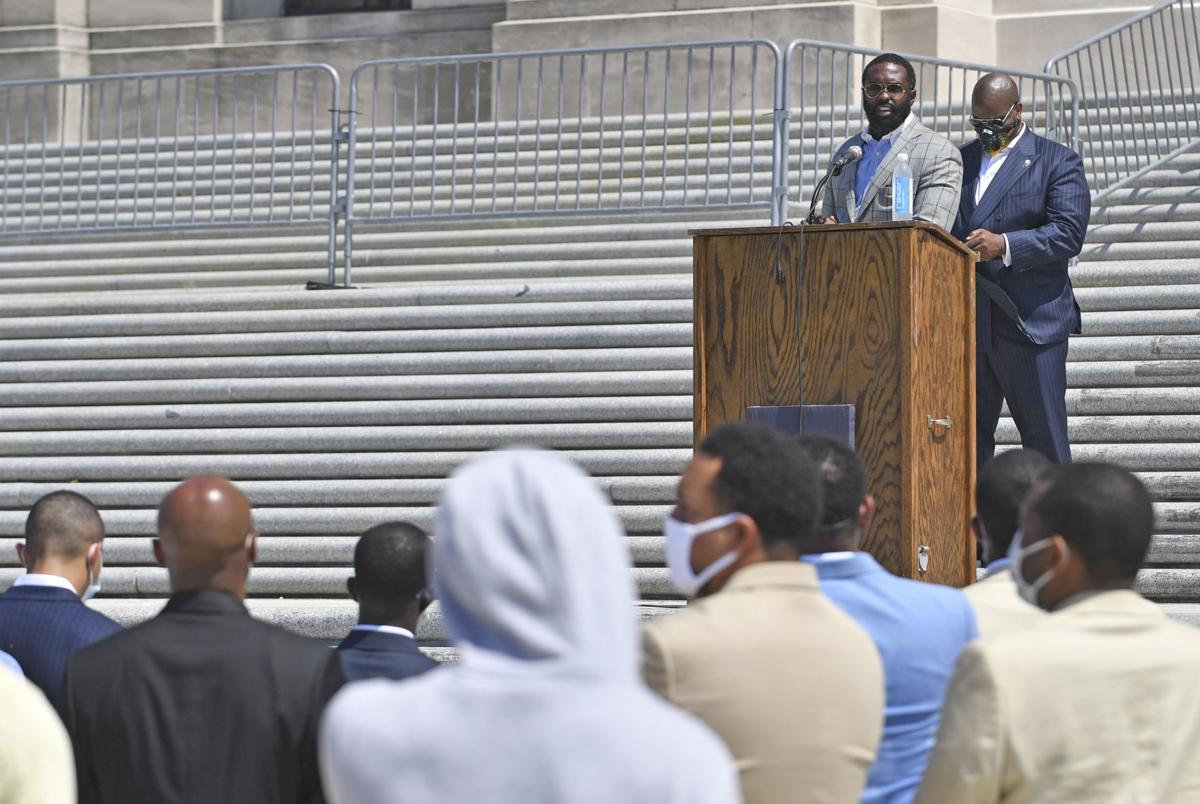 They would be well-dressed and standing up for what they believe in, a notion he tried to embody with roughly 40 other men and women Saturday as he marched from the Old State Capitol to the new building.

The Louisiana Suit March, with a crowd composed mostly of Black men, aimed to make a statement about racial tensions following the killing of George Floyd, a Black man, by a White police officer in Minneapolis in May. They also encouraged others in the Black community to vote to continue the movement.

“It’s very important, especially for our young kids both male and female, to see their fathers and mothers doing something positive,” Mills said ahead of Saturday’s march.

“Too many times African Americans are shown in not the best light and we have to change that narrative. This weekend we celebrate Juneteenth and Father’s Day weekend and it will be more impactful for them to see us standing up for something that should be stood up for.”

Local attorney Niles Haymer brought his two sons to march to show them the importance of getting involved in the national movement.

“In the year 2050 I don’t want anybody asking them where they were when this happened, I don’t want my grandchildren questioning me, I want them to know I was here, their future parents were here fighting for justice and change in this city,” he said.

Standing on the stairs of the State Capitol, Rep. Ted James spoke about how when the legislature recently signed a resolution recognizing Juneteenth, several of his colleagues didn’t know what the celebration was. He referenced the decision to remove former president Troy H. Middleton’s name from the LSU library and said while those actions are appreciated, there’s much more work to be done than changing names when racist sentiments still exist.

A crew member stood atop a yellow scaffolding with a hammer and chisel Friday afternoon, and, letter by letter, removed Troy H. Middleton's na…

“I enjoy it but it is a heavy burden to walk into this building and see images of folks picking cotton and as I walk inside. There’s monuments of people that were not good people,” he told the crowd. “I walk and keep my head held high and my chest puffed out and I wink at them every now and then because despite their efforts here I am, here we are.”

“Today we focus on nine minutes,” Weston Broome said, referencing the estimated time the Minneapolis officer kneeled on Floyd’s neck before he died. “Nine minutes has transformed this nation into a movement. I will tell you as a baby boomer I am looking to each and every one of you to carry the torch for the future.”