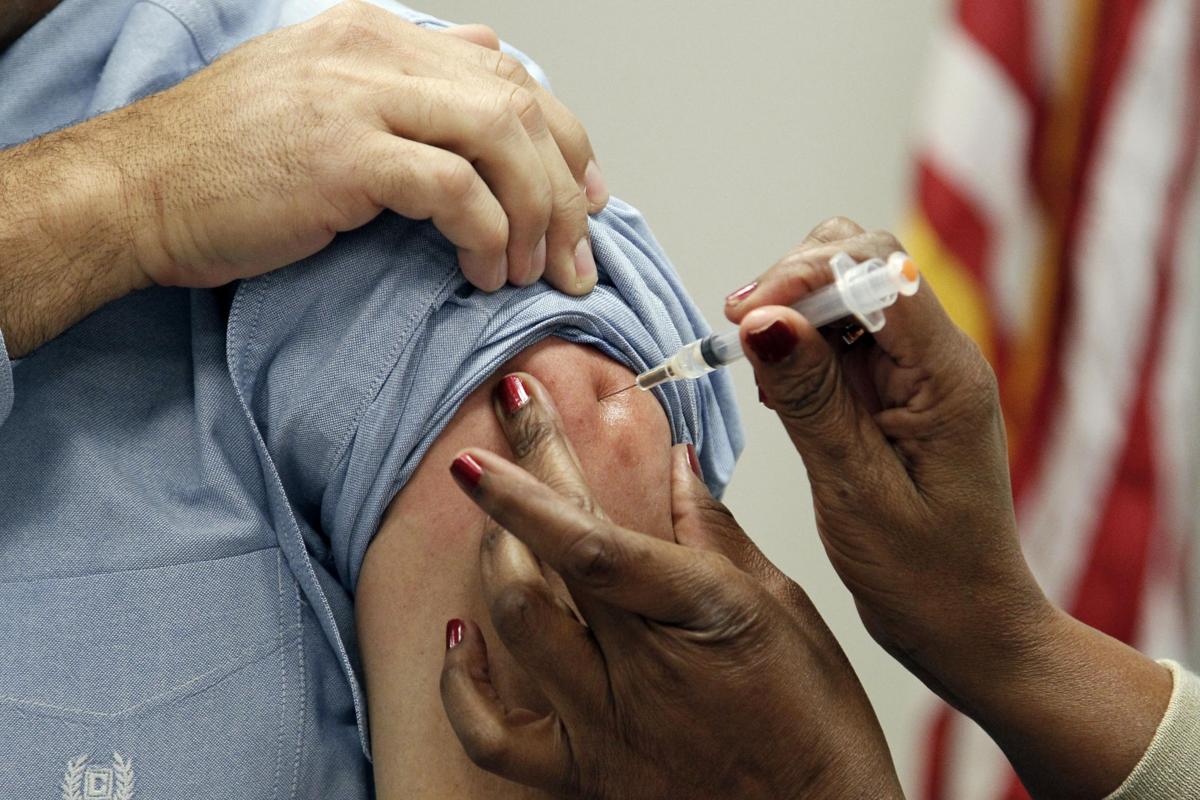 Because it takes about 30 days after the shot to develop full flu immunity, doctors recommend getting the vaccination now. 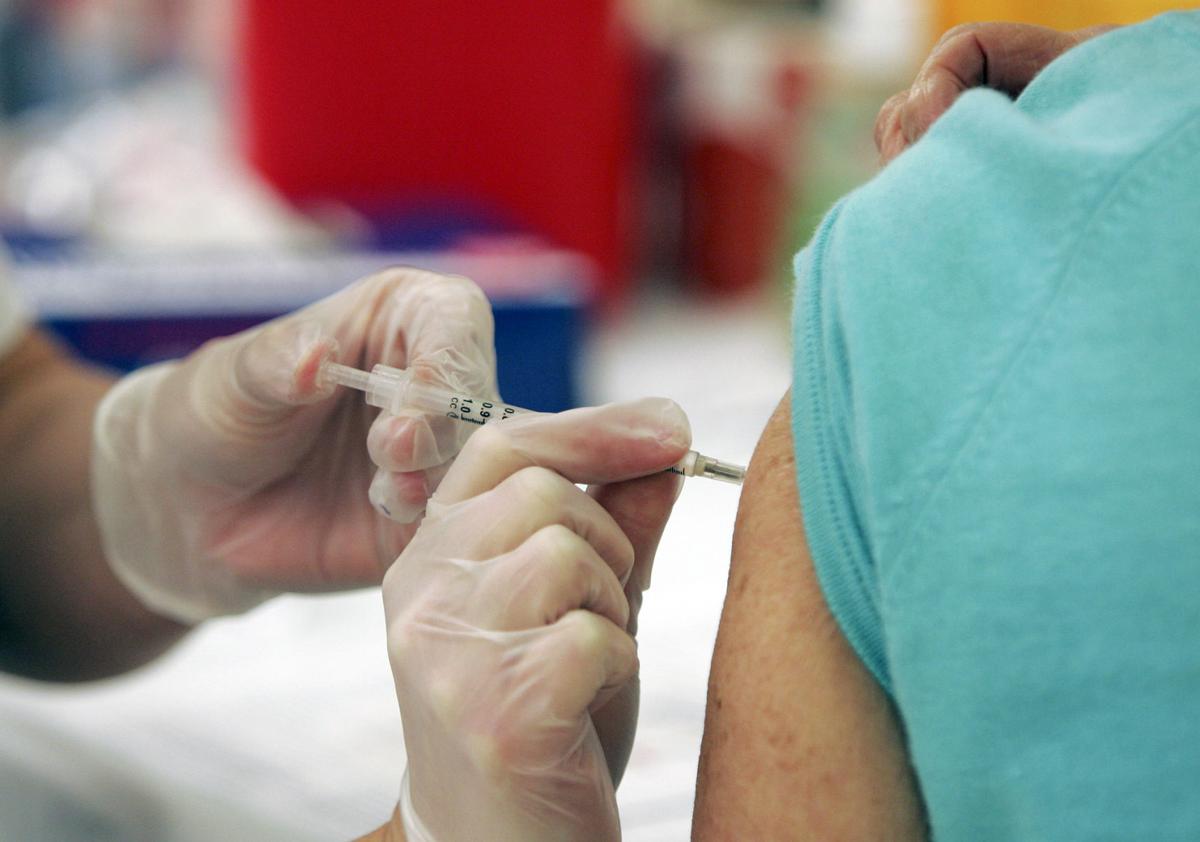 Because it takes about 30 days after the shot to develop full flu immunity, doctors recommend getting the vaccination now.

Flu season arrived early this year in Louisiana, and two months later, it is looking like it will stay for weeks, maybe months longer. It also could prove one of the deadlier seasons in recent memory.

Dr. Nichole Miller, a family medicine doctor at a Lafayette urgent care clinic affiliated with Lafayette General Medical Center, said the clinic typically sees about 40 to 45 patients a day this time of year. Not this year.

Patient volume began rising soon after Thanksgiving, spiked around Christmas at 112 patients one day, and is continuing at about 75 people a day. Almost all of them have had the flu, Miller said.

“We were going down last week, but it’s been coming back up this week,” Miller said.

The flu hit Louisiana in a big way in December, and medical professionals are worried that the early weeks of 2018 may prove just as bad or worse.

The early onset and continued severity of this year’s flu season prompted the Louisiana Department of Health to offer a new round of free flu vaccinations at 62 parish health units across the state from 1 p.m. to 4:30 p.m. Wednesday.

“In more severe seasons, the flu causes approximately 700 deaths and nearly 8,000 hospitalizations each year in Louisiana," Welch said. "We are already on track to meet and possibly exceed these statistics for the 2017-18 flu season.”

Dr. Raoult Ratard, the state epidemiologist, said past research suggests flu seasons kill between 600 and 1,000 people each year, and he expects the final tally this year will be closer to 1,000. He said those figures come from after-the-fact estimates that include deaths attributed to other ailments at the time of death but tied to the flu later. That is particularly true for elderly patients suffering from chronic diseases who then contract the flu, he said.

“If you have chronic condition like congestive heart failure, you can still get vaccinated,” Ratard said. “It may help prevent you from having serious complications and death.

“The message is get the vaccine. It’s not too late.”

All but one state is seeing higher-than-normal numbers of patients seeking care for flu-like symptoms, and in most states, unlike Louisiana, the rates are rising. So far this flu season, nearly 12,000 people have been hospitalized with confirmed cases of flu, according to the Centers for Disease Control and Prevention.

Even as Louisiana is in the middle of a busy flu season, a promising avenue to limit the spread of the virus, school-based vaccination drives,…

Dr. Catherine O’Neal, an infectious disease specialist at Our Lady of the Lake Regional Medical Center in Baton Rouge, offered even more dramatic numbers. In December 2016, the hospital had 98 people test positive for flu; last month, it had 1,300. And so far, 13 of the hospital's patients have died due to the flu, three of them in their 30s or late 20s, she said.

Flu activity peaked around Christmas, O'Neal said, earlier than the normal peak time for the flu in February. And the rates have remained high through January, with big events this month having little evident effect.

“The snow days didn’t affect it, the back to work (after the holidays) didn’t affect this,” she said. “It’s just been a steady stream.”

The best way to prevent more infections, O’Neal said, is that those who are sick need to stay home until they are fully recovered. Unfortunately, too many people continue to go to school and work and are infecting others, she said.

“There’s a little bit of a badge of honor to being sick and still going to do your job,” she said. “It’s very commendable for a lot of reasons, but not when it comes to the flu.”

Miller in Lafayette said those who recover from the flu should take one more step: Get the flu shot. She said her clinic has had multiple cases of patients this year who were treated and recovered from one strain of the flu only to contract yet another strain a week later. A belated flu shot may head that off, she said.

“It may help prevent them from getting a round two,” she said.

Editor's note: This article was changed on Wednesday, Jan. 31, 2018, to note that Our Lady of the Lake Regional Medical Center had 1,300 people test positive for the flu in December 2017, compared to 98 the same month a year earlier.

Flu vaccines at no cost are available at parish public health offfices.

It’s Carnival, and that highlight of our Louisiana calendar usually arrives after flu season is long gone.