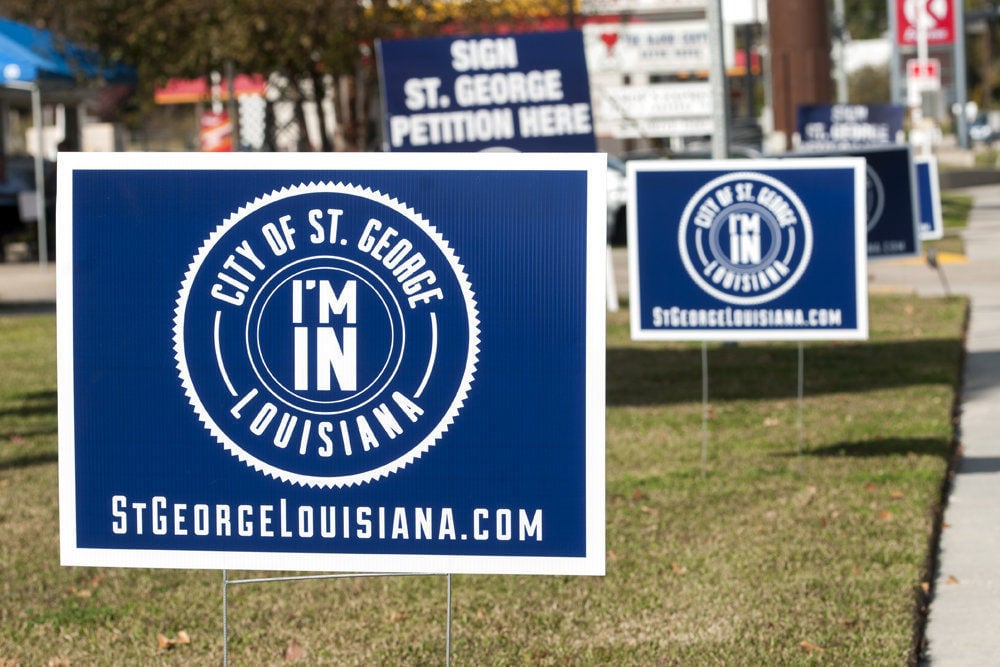 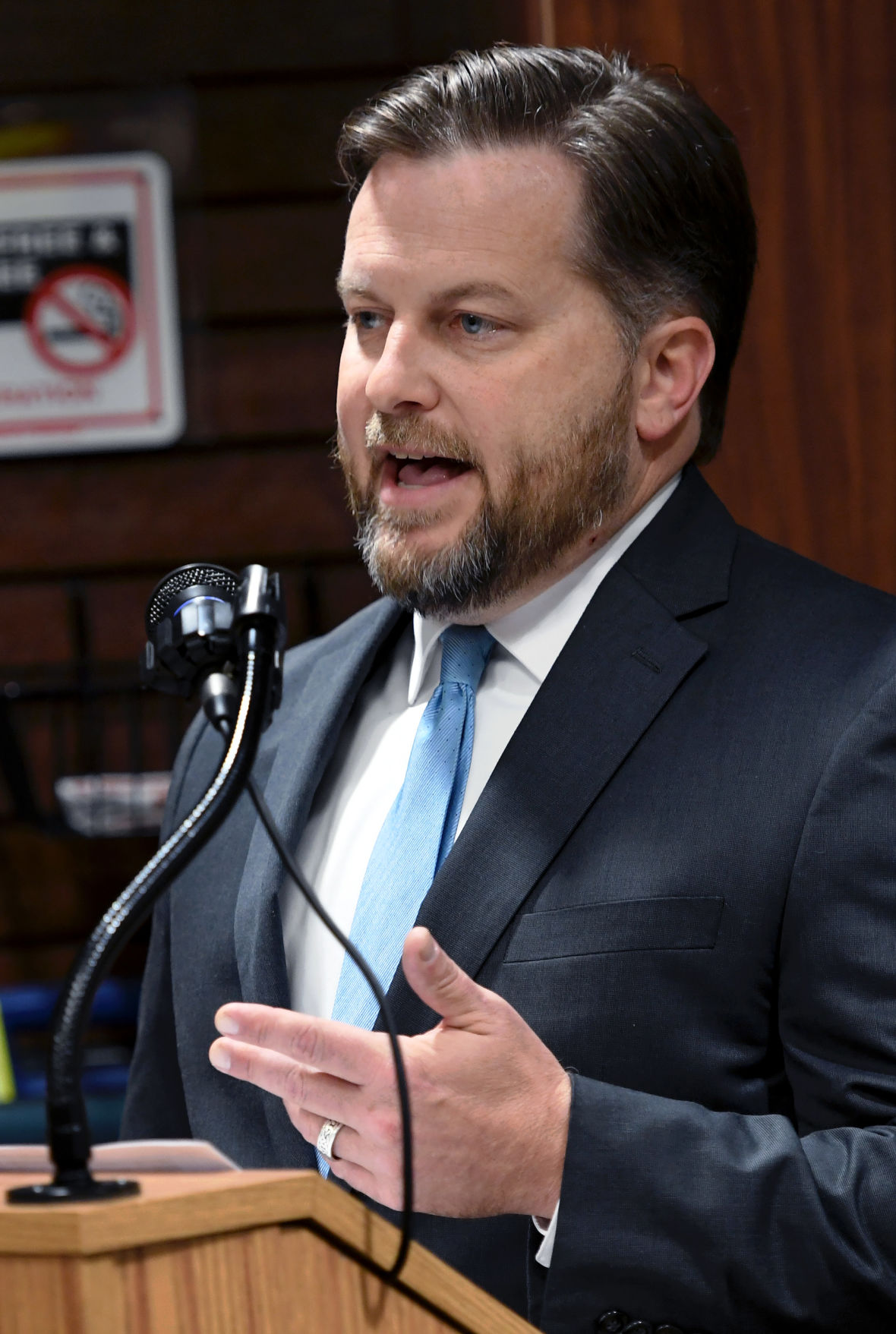 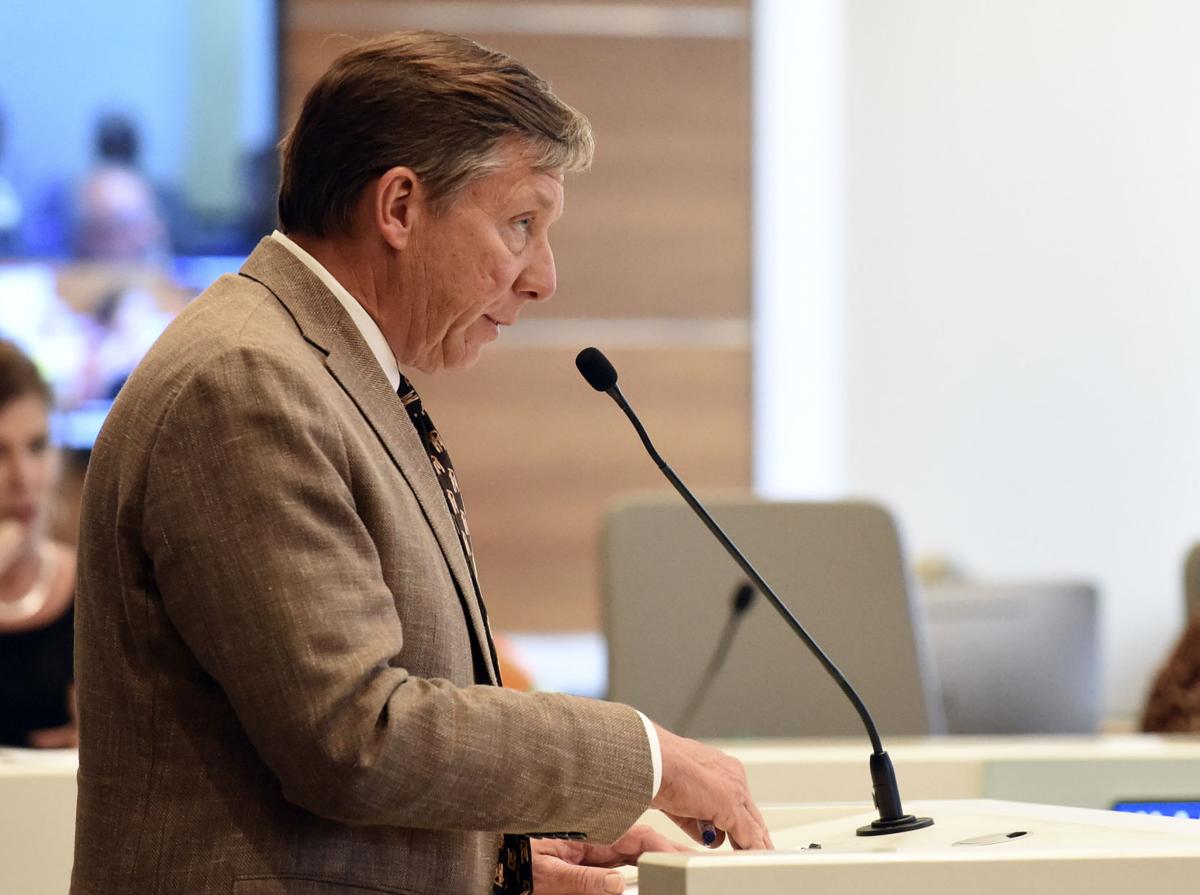 The incorporation of St. George could mean hundreds of layoffs in city-parish government, the closing of up to five fire stations and sharp cuts in services to the public at all levels, according to budget projections prepared for Mayor-President Sharon Weston Broome.

"The nightmares of this are huge," said Chief Administrative Officer Darryl Gissel.

The adverse impact St. George would have on city-parish government was the prevailing message in Broome's opposition to the incorporation leading up to the Oct. 12 election — where 54% of the voters within the boundaries of the proposed city supported the years-long efforts to what is projected to become the fifth largest city in the state.

The population of St. George makes up nearly 20% of the parish's population. Broome's administration has equated that population decrease into an estimated $63 million loss in sales tax revenue from the city-parish's general fund.

The bleak outcome for the city-parish should incorporation happen — a lawsuit filed by Broome and others has it on hold — was outlined in narratives that Broome’ administration department heads submitted to her earlier this year.

St. George incorporation in limbo after mayor, others sue to stop creation of new city

The same Louisiana law that served as the signpost to create the new city of St. George is being used in an effort to stop the incorporation. …

They warned it could mean the loss of nearly 500 employees in the city's police and fire departments, and eliminate specialized programs and reduce services in Baton Rouge City Court, the Planning Commission, District Attorney's Office and Mayor's Office.

Drew Murrell, an attorney and spokesman for St. George organizers, called it unfair of the city-parish to frame one-sided budget projections based solely on St. George's incorporation.

"They're not talking about the expenses we're taking with us," Murrell said, "(and) they have an efficiency study that already tells them they're operating a bloated government. This is something the city-parish could easily address through … attrition and better efficiency."

Gissel said the city-parish could have a more accurate picture of the impacts incorporation would have on the rest of the city-parish if St. George leaders had definitively outlined the municipal services and expenditures they would take on in their proposed budget.

So far, he said, they've only indicated they would privatize certain services and while leaving others under the umbrella of the city-parish like several other cities in the parish.

Gissel said St. George organizers haven’t provided more concrete details that the mayor has requested on their plans since the Oct. 12 election.

Murrell retorted, "It's difficult to communicate with the other side because of the lawsuit. That's the frustrating part."

However, as the administration was crafting the city-parish's proposed budget for 2020 this summer, Broome asked department heads to factor in 20% cuts along with their formal budget requests to outline the service impacts the incorporation could have.

The administration gave Metro Council members a peek at those projected cuts last week. According to information The Advocate obtained through a public records request, the city's fire and police departments projected the biggest hits to revenue losses associated with St. George.

Police Chief Murphy Paul said a 20% cut in funding to his department would mean a loss of $18.9 million in revenue. That would prohibit him from having a 35-officer training academy next year. Paul said he would likely discontinue certain voluntary overtime programs and limit holiday shifts to just uniformed patrol officers.

Paul also said he'd be forced to lay off 247 of his sworn and civilian employees and eliminate travel and training opportunities for his officers and do away with the department's air support and mounted patrols, greatly impacting his department's ability to respond to service calls.

"Also, by eliminating voluntary overtime, BRPD will no longer have the ability to concentrate on special areas with specific crime trends such as armed robberies at Christmas and all downtown events, parades, walks/runs, etc.," Paul wrote.

The cuts would preclude Paul from implementing the pay raises he and the mayor have been promising to his officers.

The Baton Rouge Fire Department, in its message to the administration, said having to slash 20% from its budget, approximately $9.9 million, would make it impossible to maintain its Class 1 rating, the top classification. If it lowers, the insurance rates for the property owners would increase.

The Fire Department would likely have to reduce its force by some 200 employees, prompting the closure of five fire stations throughout the city.

Gissel acknowledged it'd be highly unlikely the city-parish would allow such drastic cuts to public safety. That would mean other departments would be forced to make deeper cuts beyond the projected 20% to supplement for the city's police and fire budgets.

Many department heads said 20% reductions would likely be reached by freezing vacant positions. The city-parish has 4,215 employees, including temporary employees, student interns and school crossing guards.

The Planning Commission predicted having to cut at least five positions, or roughly a quarter of its small staff, said Director Frank Duke.

Such a staff reduction would lead to the elimination of the city-parish's Brownsfield, Historic Preservation and Complete Streets programs and limit the number of applications the office could process on a monthly basis, Duke said.

Kyle Huffstickler, the city-parish maintenance director, said his department stands to lose about $4.3 million if the revenue losses related to St. George hold true. He said he would probably have to drop and/or reduce several outsourced contracts, seasonal workers and overtime pay related to landscaping, and the maintenance of the parish's streets and drainage systems.

Baton Rouge City Court would lose about 34 positions due to the projected loss of nearly $2 million in revenue.

"With a 20% reduction in the court’s operating budget, the BR City Court could not continue to meet the requirements of our city because several classified positions would have to be cut, many of the counseling, monitoring and recidivism services would be eliminated, and other courts in the area could experience an increase caseload," Elzie Alford, clerk of court/judicial administrator, wrote.

District Attorney Hillar Moore said his office wouldn't be able to perform its constitutional obligations if subjected to a 20% cut in funding, highlighting that his office has already lost 19 positions through attrition since January 2018 due to the continued shortfalls in court revenues.

The Metro Council would have to lay off their legislative aides and forgo their car allowances to meet the 20% cuts St. George could require.

"If this incorporation ends up going forward, we'll just have to make deep changes and they're going to be painful," Gissel said. "We would persevere though."

When Gov. John Bel Edwards rode to reelection earlier this month, he dashed the hopes of some St. George supporters that one of their own, Edd…