East Baton Rouge Parish Metro Council members will vote Wednesday afternoon on whether to introduce Broome's BTR tax plan for a debate in September about placing it on the November ballot. Though the tax proposal became public last week, Wednesday afternoon was the first time the list of projects became available.

The city-parish is planning 23 projects to expand the capacity of well-traversed roads. Combined, those projects are estimated to cost $361 million with $30 million going toward "regional infrastructure improvements."

In other places, the city-parish has seven projects planned to make existing corridors easier to travel with light synchronization, sidewalks and bike paths. The projects are estimated at $100 million.

Some of the places identified for those projects include Groom Road between La. 19 and Plank Road; Florida Boulevard; Terrace Avenue; and College Drive.

The city-parish also has identified 11 projects that will repair roads, ditches, lights, curbs, landscaping and sidewalks, which are expected to cost $40 million.

The city-parish is also asking to spend $35 million on traffic light signal upgrades and fiber connections for better synchronization, along with $5 million to improve advanced traffic management. 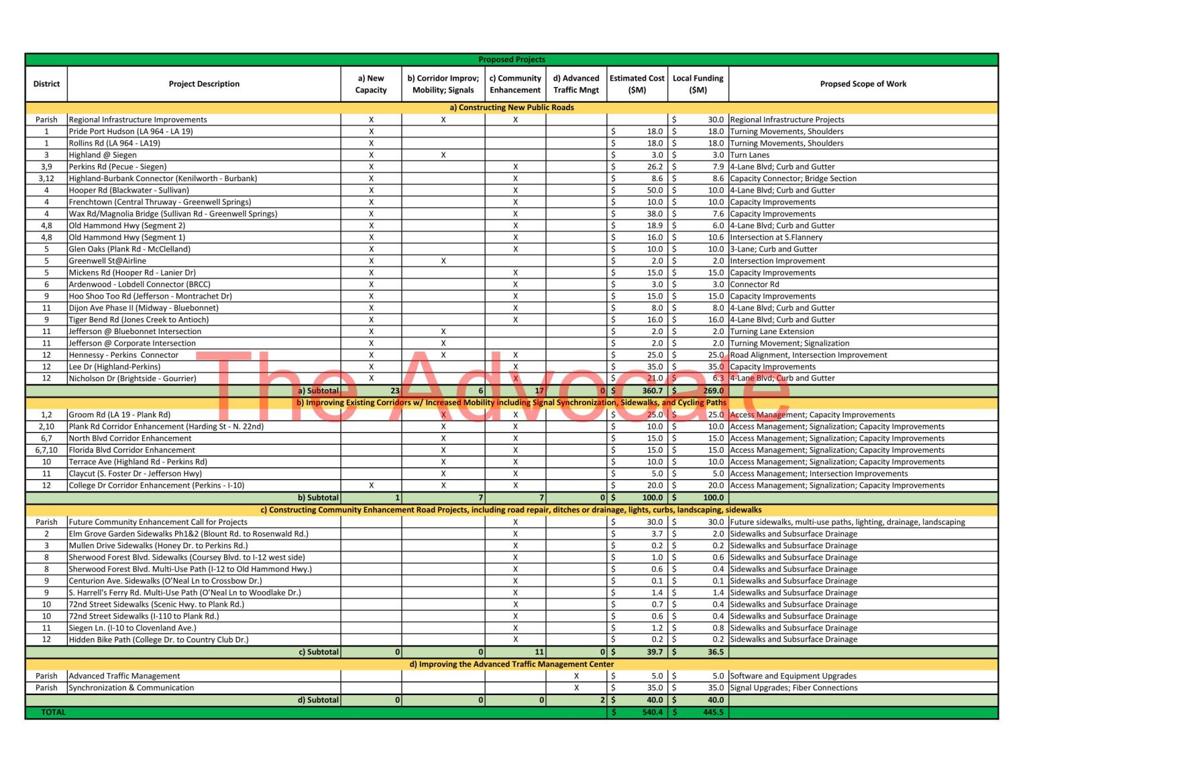 Low voter turnout, other taxes on the ballot and distrust of government could doom East Bato…

While he stood in a church Thursday that flooded with 2 feet of water last August, city-parish Director of Transportation and Drainage Fred Ra…

Got questions about the proposed roads tax? Public meetings set throughout parish

People who live in Kenilworth, Southdowns and other pockets of south Baton Rouge grappled Tuesday with wanting to keep their neighborhoods qui…