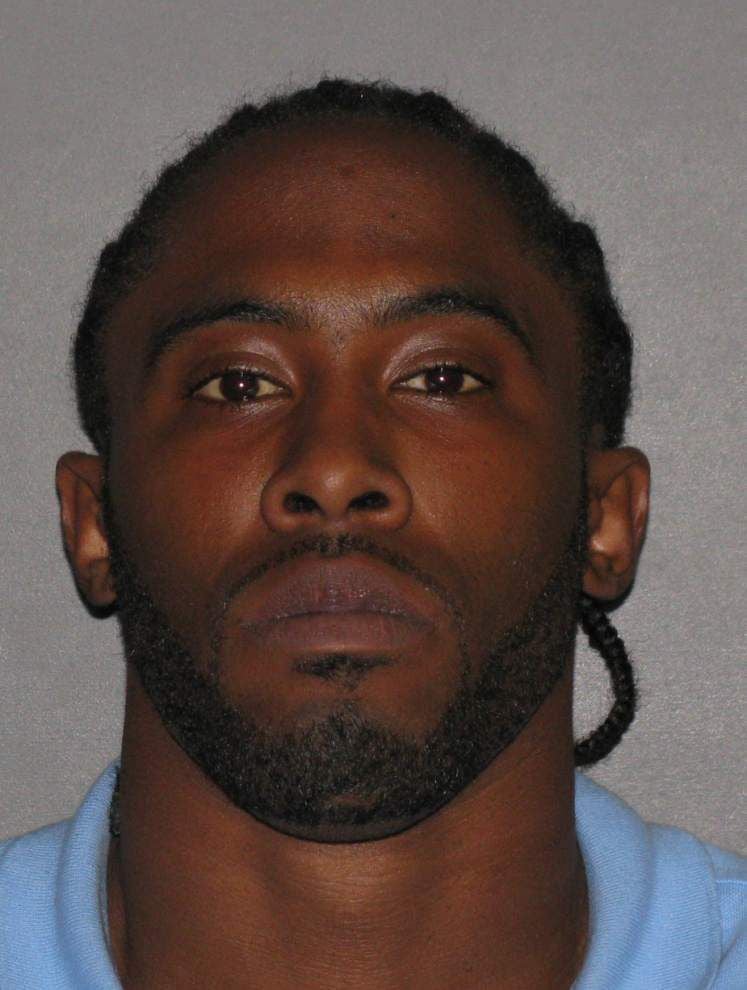 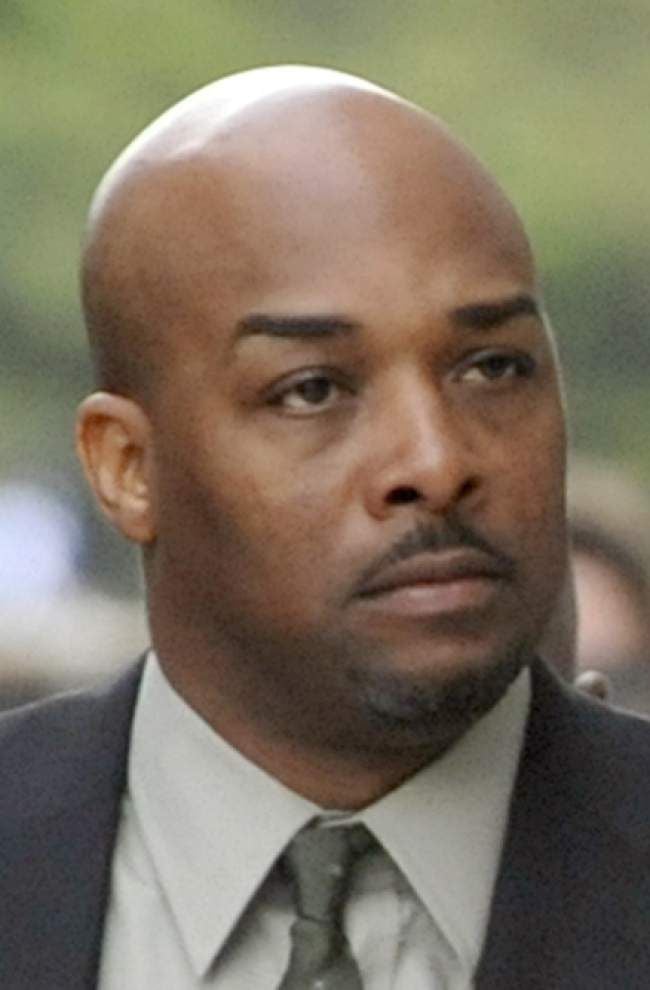 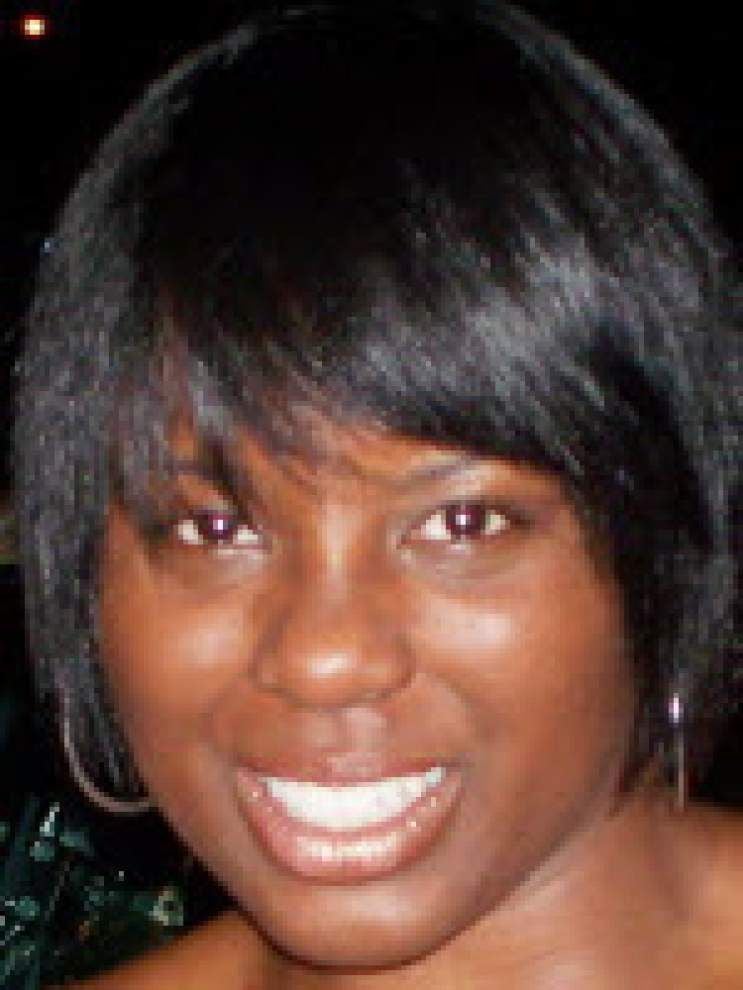 More than four years after an East Baton Rouge Parish jury found Greg Harris guilty of savagely stabbing his wife, lawyer Chiquita Patrece Tate, to death in her downtown Baton Rouge office, he is claiming another man, who died in 2013, is the actual murderer.

The 34-year-old Tate was stabbed 43 times in February 2009 inside the State National Life Building on the corner of Third and Florida streets.

Now, the 44-year-old Harris, who is serving a 40-year prison term for manslaughter, also claims he should not have been tried in the parish and that state District Judge Trudy White — for whom Tate was a student law clerk while White was on the Baton Rouge City Court bench — should have disqualified herself from the high-profile case.

Harris’ new attorney, state Sen. Rick Gallot, says Harris’ former lead attorney, Lewis Unglesby, erred in not asking for White’s recusal after she disclosed that Tate had clerked for her while Tate was a Southern University law student. Gallot says White was a mentor to Tate.

Gallot also contends White failed to disclose that Tate contributed $500 to White’s City Court judicial campaign and that Tate represented the United Negro Recreational Association of East Baton Rouge Parish in a case while White was the group’s president.

A Baker man convicted in 2011 in the 2009 stabbing death of his wife, lawyer Chiquita Tate, in her downtown Baton Rouge office does not deserv…

But the surprising allegation contained in Harris’ application for post-conviction relief, filed at the 19th Judicial District Courthouse, asserts that Harris is innocent and that the now-deceased Denard Duheart was the “actual perpetrator.”

Duheart, who died in January 2013, is the brother of Dearius and Denako Duheart, who once were accused in the 2007 beating and burning death of 39-year-old Jason Fourmy on Gayosa Street in Baton Rouge. First-degree murder charges against the two brothers and a third man were eventually dropped after several witnesses were shot to death.

Tate represented Denako Duheart in the Fourmy case. About six weeks before her death, Tate persuaded White to release Denako from Parish Prison because prosecutors were not prepared to try him on a reduced attempted second-degree murder charge in the case.

Gallot states in Harris’ post-conviction application that he has statements from “three separate and disinterested witnesses who have … specifically named the individual that actually committed the crime.”

Harris, of Baker, is seeking a new trial.

“Greg Harris received a full and fair trial and was represented by a seasoned, hard-working team of competent attorneys, both at trial and on appeal,” he said. “Judge Trudy White presided over the trial in a fair and impartial manner. The Louisiana Supreme Court properly affirmed the defendant’s manslaughter conviction, and we are confident in that same outcome in these post-conviction proceedings.”

But Gallot said Monday things might have been different if Harris and his trial attorneys knew then what Harris and Gallot now know.

As for the allegation that Denard Duheart is responsible for Tate’s death, Gallot said, “I think it does give a plausible alternative to Greg being the killer.”

Dangelique Duheart Russ, the Duheart brothers’ mother, did not respond to several requests for comment.

Danita Tate Joseph, one of Chiquita Tate’s six siblings, said Thursday her family had no comment on Harris’ latest legal maneuver. Joseph, who testified at Harris’ trial, said the matter is in God’s hands.

Harris’ father, Silver Harris, said he continues to stand by his son.

“They convicted the wrong person. We know that, and we intend to prove that,” he said. “We haven’t given up. We don’t intend to give up.”

Silver Harris said people have come forward telling the family that his son was “set up.”

Greg Harris is asking the Louisiana Supreme Court to appoint a judge who is not on the 19th Judicial Court bench to consider his recusal motion and post-conviction relief application. Both were filed in mid-May. Gallot says a 19th District judge should not have presided over Harris’ case because Tate practiced criminal and civil law in the state courthouse.

“There is no doubt that Judge White’s relationship to Tate affected Judge White’s ability to preside in a fair manner and would continue to do so in any further proceedings involving Mr. Harris,” alleges the recusal motion that accompanies the application.

Despite a state court commissioner’s adverse recommendation, Greg Harris is not giving up on his quest for an evidentiary hearing and ultimate…

White, during an April 2009 bond reduction hearing in Harris’ case, stated she did “not have a deep, personal, business or social relationship with Chiquita Tate.”

Because Tate was a prominent and well-known lawyer in the Baton Rouge legal community, Harris’ application states, he was convicted by a “highly biased, tainted jury.”

Greg Harris, who did not testify at the trial, also claims he wanted to take the stand in his own defense but Unglesby told him he could severely damage the case if he did so.

White declined comment Monday, and Unglesby did the same Tuesday.

Harris stood trial on a second-degree murder charge and would have been sent to prison for the rest of his life if convicted on that charge. Instead, the jury voted 11-1 that Harris was guilty of manslaughter. White gave him the maximum 40-year sentence.

Tate’s body was discovered the morning of Feb. 20, 2009, after Harris called 911 and flagged down a police officer on patrol. He told police he went to the building to check on his wife after she did not come home from work the night before.

Authorities said Harris used an elaborate ruse to try to escape suspicion after the stabbing. Prosecutor Prem Burns argued at Harris’ trial and sentencing that strands of hair were placed in the open palm of Tate’s left hand to make it appear her attacker was a female. Her Gucci wallet also was discarded in the crime-plagued Gardere Lane area in hopes that an “unsuspecting thief” would use her credit cards and unwittingly become a murder suspect, Burns said.

Harris told police he was in the Gardere Lane area the night his wife was murdered, but said he went there to buy steroids. He said his supplier wasn’t home.

Tate married Harris in February 2008, one year before she was murdered.

About six weeks before the wedding, a hysterical Tate made a 911 call to Baker police saying Harris beat and choked her at their home. Harris’ post-conviction application faults Unglesby for not objecting to a police officer’s testimony about Tate’s account of the domestic dispute.

Harris is incarcerated at the Louisiana State Penitentiary, his post-conviction application notes.

Editor’s note: The online headline was corrected to say Harris was convicted of the crime and did not change his story.