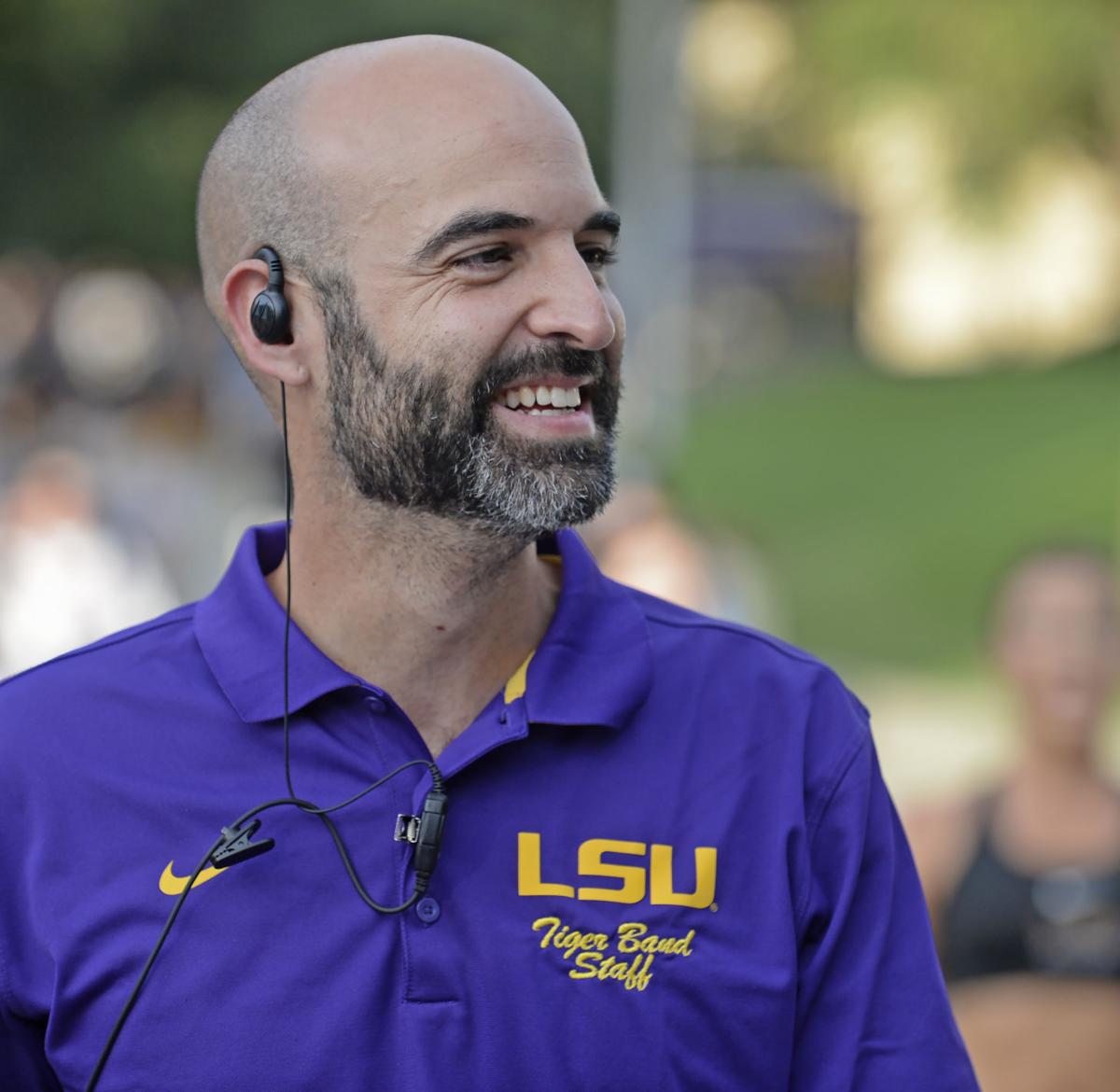 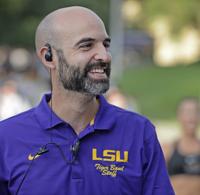 'We've had some obstacles with flooding and with some of the grade-point averages,' says LSU's interim band director Dennis Llinas of why the band has fewer members this year. 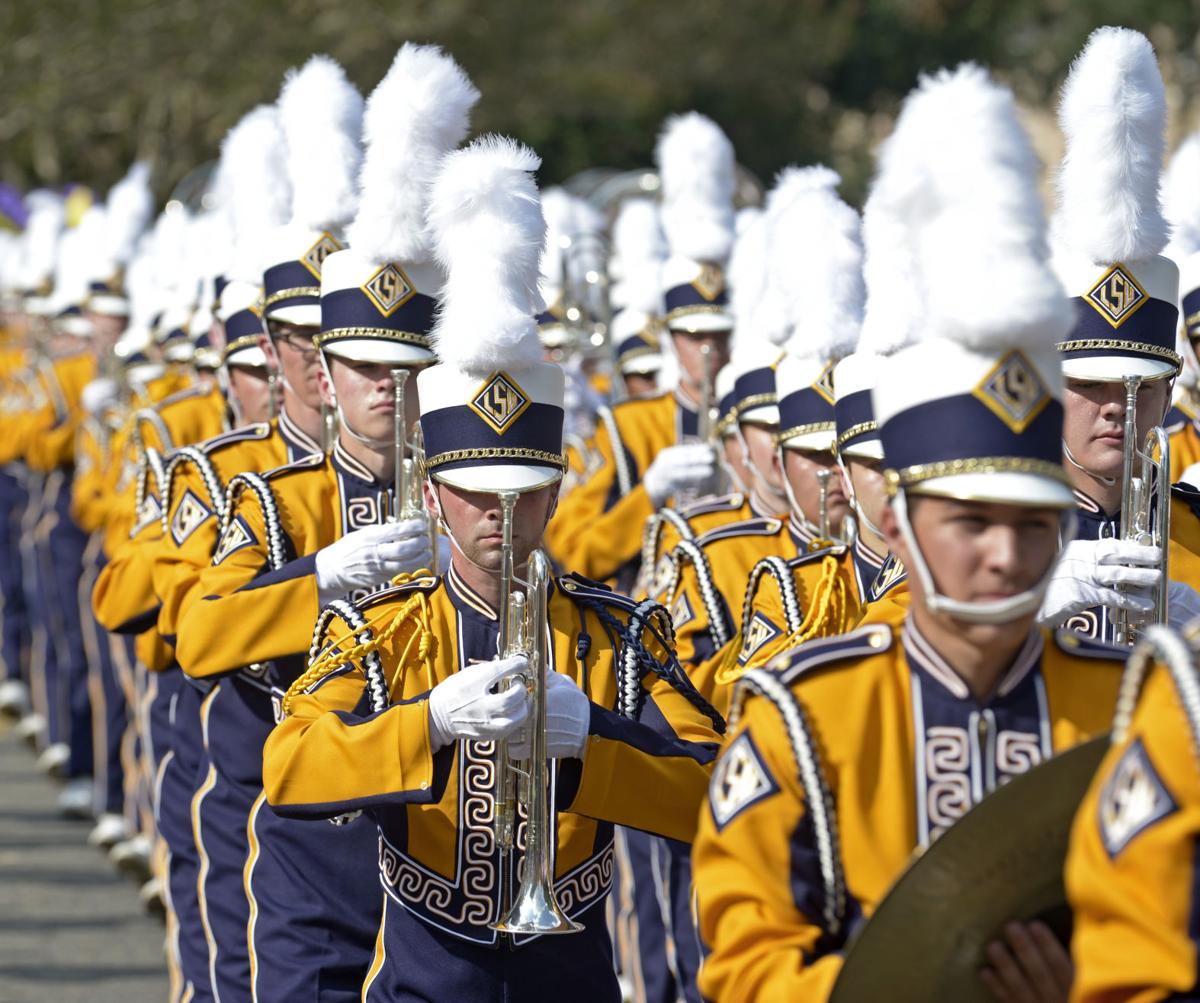 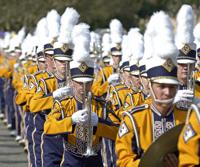 The Golden Band from Tiger Land marches down Victory Hill before kickoff against Syracuse, on Sept. 23, 2017, at LSU's Tiger Stadium in Baton Rouge, La.

Dennis Llinas, director of the LSU Tiger Marching Band, will be leaving the university on June 30 to take the director of bands job at the University of Oregon.

But he isn't giving up his LSU ties altogether.

"The next time LSU plays Oregon in football, I'll be wearing a little bit of purple with my green," he said in an interview Thursday evening.

Llinas has been the associate director of bands at LSU since 2012 and director of the LSU Tiger Marching Band since 2016.

Dennis Llinas, director of the LSU Tiger Marching Band, will be leaving the university on June 30 to take the director of bands job at the Uni…

The decision to leave, he said, wasn't easy.

But moving from an associate's position to director of bands will give Llinas an opportunity to lead a band program, and Oregon's program is comparable to LSU's in size.

"There are about 500 students in their school of music," Llinas says. "And the band program has the same number of ensembles as LSU's: three concert bands, a marching band and a basketball band."

Llinas will oversee these ensembles while lending support to the marching band director. He'll also oversee the program's budget, work with graduate students and conduct the program's top ensemble, the wind ensemble.

"I have plans for the program, but the only problem is when to start putting those plans in place," he said. "I want to listen to the staff first, and I want to talk to the community and let the high school band directors know that they're part of this, too."

"It's a great program, but they're not world famous like LSU," he said. "I have some ideas to bring to them that would make them more unique."

For now, Llinas will continue working with the LSU Band program. He's already designing halftime shows for the 2019 season and getting the band ready for its first appearance in the Zulu Parade on Tuesday.

"The only difference now is that Kelvin Jones will have final say in the halftime shows I'm creating," Llinas says.

"The band will conduct national searches for both positions," Llinas says. "But they're in good hands. And I'm going to miss LSU, so don't worry. I will be wearing some purple when the two teams meet again."

New songs, new threads, same leader: Here's what to expect from the Golden Band from Tigerland this season

One of the things LSU fans love about the Golden Band from Tigerland is how much remains the same. The pregame ritual? That’s sacred — every n…

A member of the LSU marching band was unable to march during the Zulu Mardi Gras parade in New Orleans on Tuesday after his hat was stolen, ac…