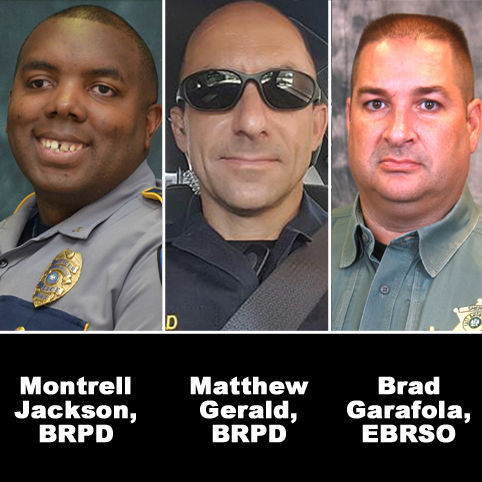 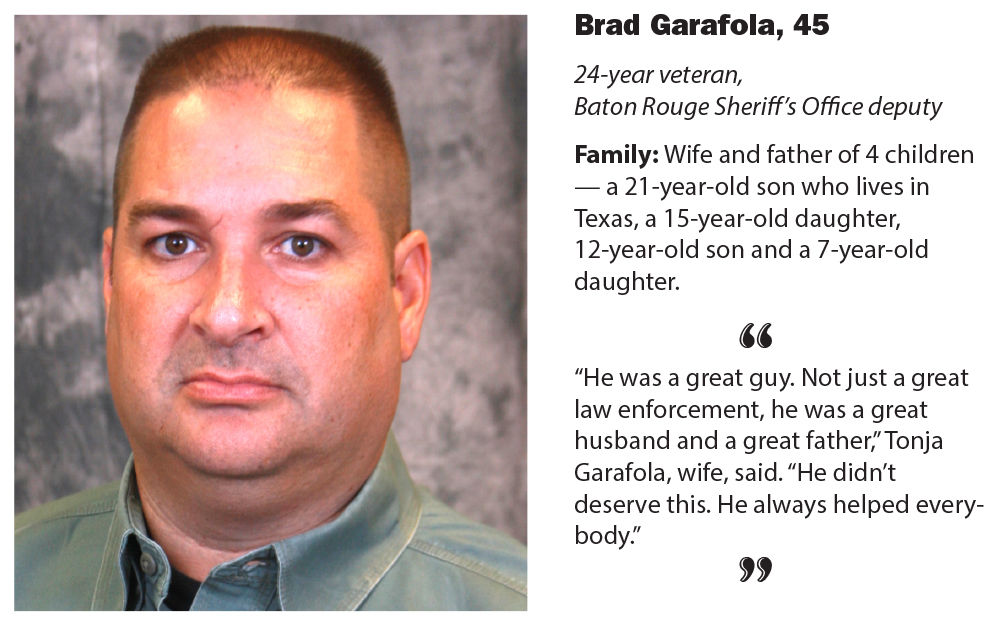 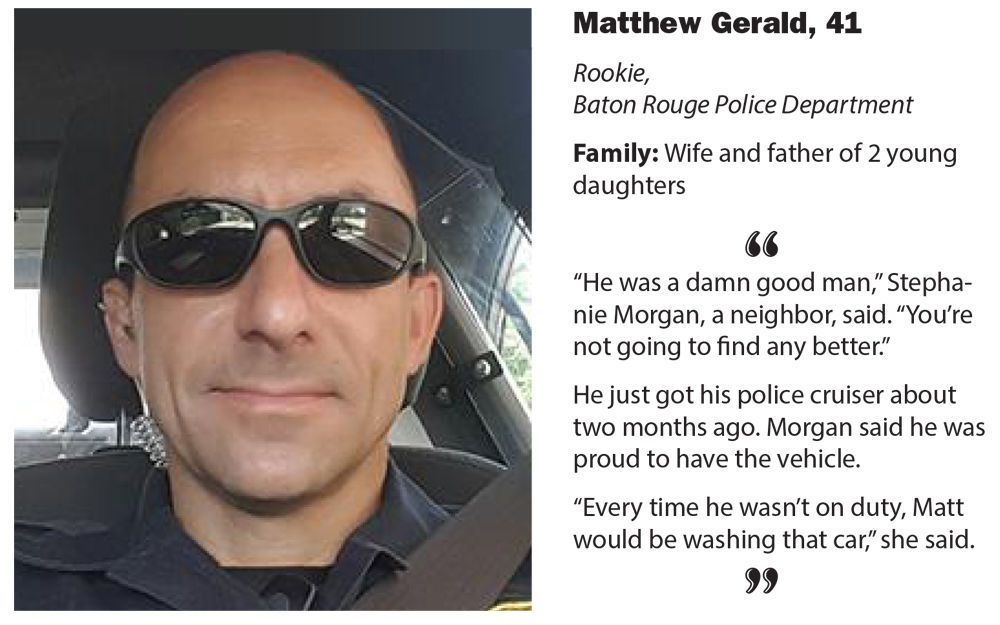 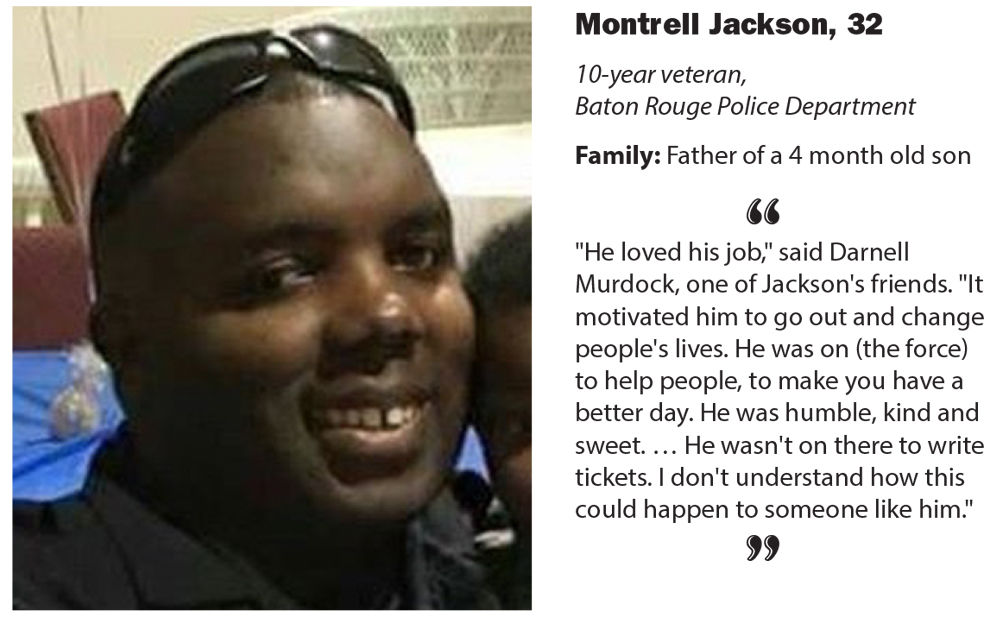 One was once injured trying to save a toddler from a burning building. Another helped chase down a serial rapist now serving a 50-year prison sentence. The third was a rookie cop but served as a crew chief on a helicopter crew during multiple U.S. Army tours in Iraq.

Deputy Brad Garafola, 45, and city police officers Montrell Jackson, 32, and Matthew Gerald, 41 were shot and killed around 8:30 a.m. at a convenience store on Airline Highway.

Learn more below about each officer.

Falcons minority owner Warrick Dunn, a native of Baton Rouge, La., is having a difficult time dealing with the police shootings in his former …

The gunman who attacked a half-dozen law enforcement officers on Sunday in Baton Rouge, killing three and wounding three others, has been iden…

What we know, don't know after Baton Rouge officer shooting

The suspect shot and killed at the scene where three Baton Rouge law enforcement officers were killed and three others wounded on Sunday is believed to be the lone gunman involved, State Police officials said.

Whether he was with his fellow soldiers in Iraq or at home with his family, Matthew Gerald's life was spent in service to others.

A community memorial service will be held next week for the three officers who were shot and killed in Baton Rouge on Sunday.