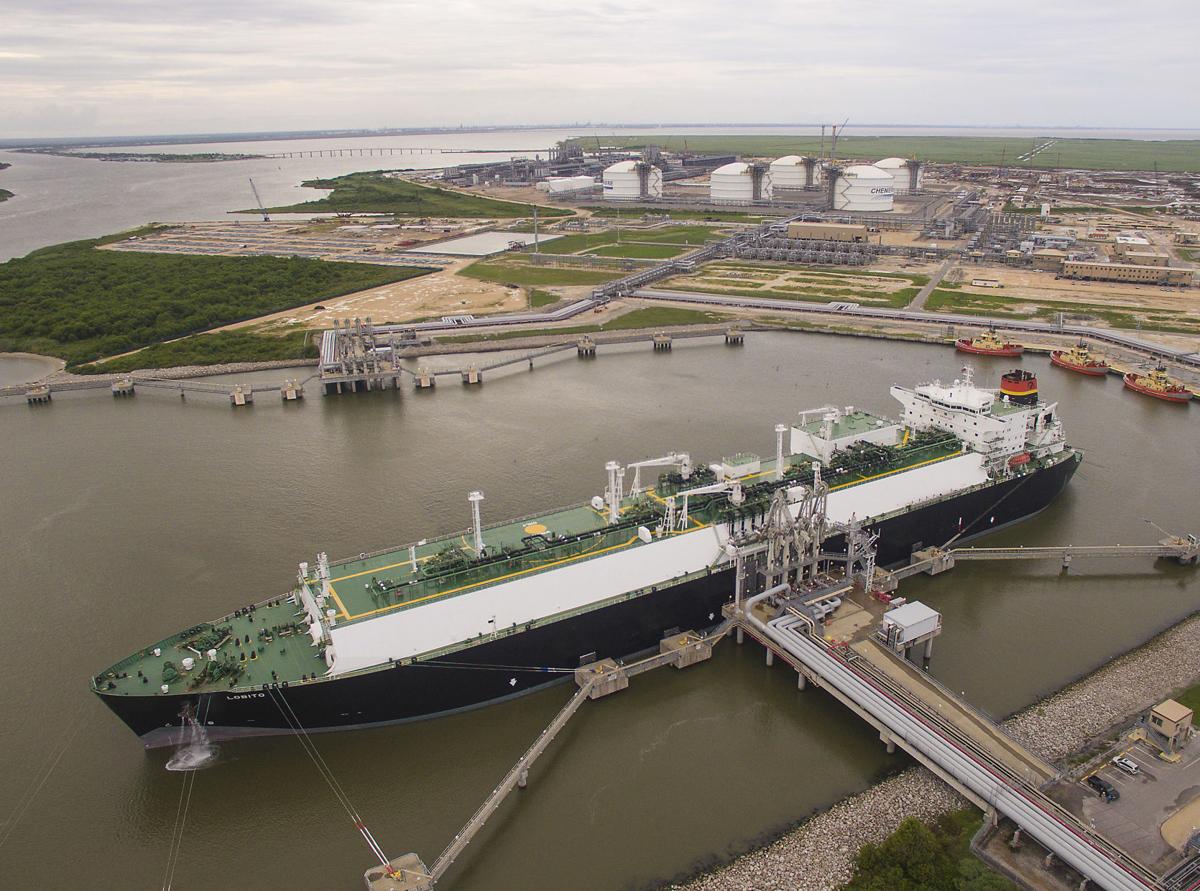 Cheniere Energy, which operates the Sabine Pass LNG export facility in Cameron Parish, is temporarily shutting down its facility in preparation for Hurricane Laura. 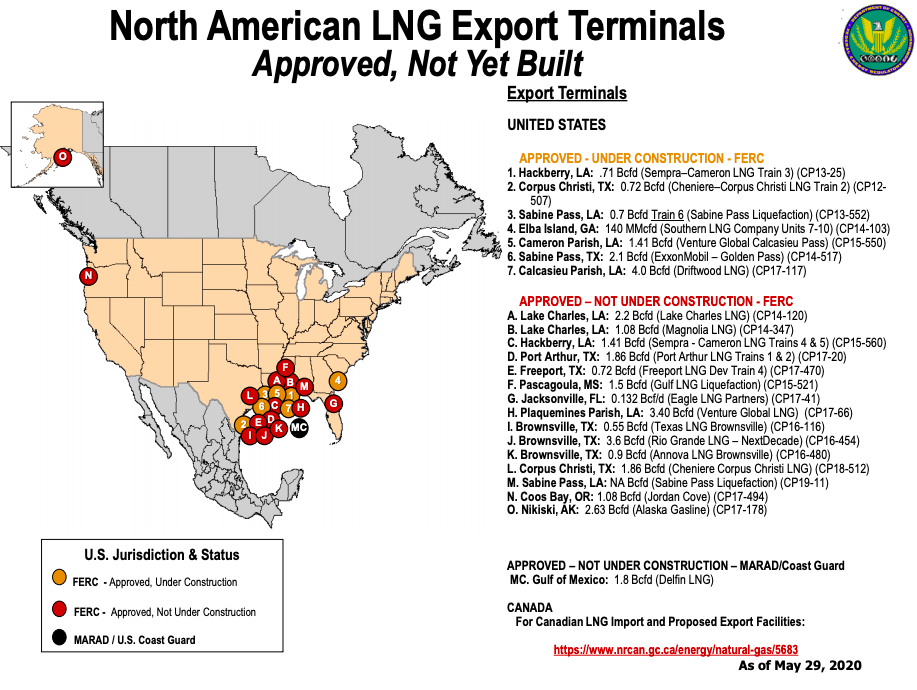 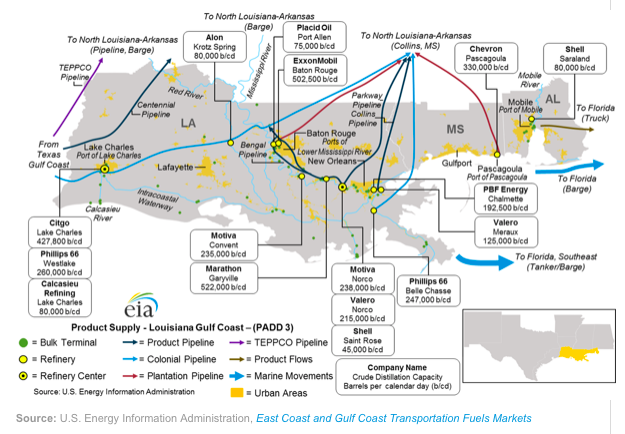 Cheniere Energy, which operates the Sabine Pass LNG export facility in Cameron Parish, is temporarily shutting down its facility in preparation for Hurricane Laura.

Among the thousands of residents in Cameron and Calcasieu parishes racing to evacuate ahead Hurricane Laura are workers at port, petrochemical and energy complexes that are bracing facilities for a hit near the Gulf Coast.

Clair Hebert Marceaux, a native of Cameron Parish and director of its port, can hear the ocean waves from her home and was busily packing to leave on Tuesday morning.

The goal, she said, is to keep the many transplants to the area who have been working at and on the construction of multibillion-dollar liquefied natural gas plants and other facilities safe and abreast of what to do and, in many cases, what not to do.

"They should not be in an RV when an emergency declaration is called," Marceaux said.

For the massive immovable LNG facilities, oil refineries and petrochemical complexes they work at, it's a matter of battening down the hatches.

"These projects have been intensely engineered and designed to be very resilient," Marceaux said.

Jim Rock, executive director of The Lake Area Industry Alliance in Lake Charles, said that petrochemical industry facilities are designed to face hurricane force winds, and crews are securing sites, removing temporary structures and tying down any loose materials before the storm. Many plants are starting to idle operations, which depending on the size and scale, can take days.

"It varies on the size of the facility and complexity, but most of these plants make a wide array of finished products and the byproduct of one unit is the feedstock of the next," said Rock, whose alliance is made up of nearly two dozen chemical manufactures, refineries and even utilities or pipeline facilities. It is the "economic engine of southwest Louisiana," he said.

In the Gulf of Mexico itself, the Bureau of Safety and Environmental Enforcement estimated that 82.4% of oil and gas production offshore has been temporarily shut-in because of the storm.

When the mandatory evacuation was ordered for Calcasieu Parish in addition to Cameron Parish, it was a "game changer," Rock said.

Lake Charles, with about 200,000 residents, is among the busiest ports in the nation and also has a large industrial complex.

Many plants have volunteers serving on skeleton crews to "ride-out" storms. They have the experience to start the plant back up and address any maintenance issues during the storm. Operators are not expected to be outdoors when the wind is stronger than 40 miles an hour. There are food provisions and sleeping quarters on-site. But that's just for the major complexes.

"We've also got some really small facilities that just lock up their plants and go home," said Rock, who knows firsthand what it was like when Hurricane Rita barreled through the area about 15 years ago.

"I lived in a plant with no electricity for 10 days," he said. "There were a lot of mosquitoes, no air-conditioning and no plumbing. It was a life experience."

At first, crew members brought food from home freezers and at first there were shrimp boils and barbecues; several days later people were eating peanut butter crackers. Rock remembers sleeping on the floor of his office. Back then, generators were not nearly as commonplace.

Now there are generators on a reserved lease for all the facilities with fuel tanks, he said.

A lot has changed since Hurricane Rita. Cameron and Calcasieu parishes as a region are among the largest exporters of liquefied natural gas in the world after companies flocked to the area to take advantage of cheap natural gas flowing in from the Texas Permian Basin and the Haynesville Shale in northwest Louisiana.

Each of the LNG facilities between Calcasieu and Cameron parishes have storm surge walls, which at industrial facilities proved "very effective during Hurricane Rita and Hurricane Ike," Marceaux said.

Even projects in the early stages of construction, such as Global Venture LNG's Calcasieu project, already has a storm surge wall in place. Early construction began a few months ago as the company was offloading materials and construction supplies on site for its $4.25 billion operation to begin in 2022. Venture Global LNG did not respond to requests for comment about its Calcasieu Pass operation emergency preparations as a construction site.

The facility was built to withstand a Category 5 hurricane and is elevated above what's considered flood stage in Cameron Parish.

"It is equipped with emergency systems to shut down the facility safely should it become necessary to evacuate the premises during an event," she said. "With Hurricane Laura’s latest projected landfall and estimated strength, Cameron LNG operations will run at a reduced rate with a ride-out team of essential operations personnel."

All contractors and nonessential workers at Cameron LNG were asked to work from home or outside of the parish, McInnis said.

Cheniere Energy's Sabine Pass LNG facility has activated its own emergency management plan and is suspending operations until the storm passes. Sabine Pass is the largest exporter of LNG in the United States and its site spans more than 1,000 acres with more than 1,000 cargoes of LNG exported since 2016. It cost $18 billion to build six liquefaction units and related facilities.

"During severe weather events like this, our teams and preparedness plans are activated and the proper precautions are taken to protect both employees and operations," said Eben Burnham-Snyder, spokesperson for Cheniere Energy.

Modeling conducted by the Federal Energy Regulatory Commission predicted that even during a worst-case scenario, such as severe flooding, Sabine Pass would not be impacted, according to the company. Its storm surge wall can handle waves 14-feet high, and the facility was built to withstand Category 3 hurricanes, which is what Hurricane Laura is projected to be this week.

The company also has an off-site emergency location to "support our gas supply and trading division."

Both Cameron LNG and Sabine Pass LNG were built as import terminals, not export terminals years ago. Each site has had issues with some leaks in recent years, but the companies are confident about the emergency situation.

There are more than 7,500 people who report to work at Lake Charles area industrial sites as employees and thousands more contractors.

Phillips 66 Lake Charles manufacturing complex, with capacity of 249,000 barrels of crude oil each day began shutdown of the facility on Tuesday and expects to restart once it's safe again. All nonessential personnel have been sent home to prepare for the storm.

Citgo's Lake Charles manufacturing complex is also shutting down; its capacity is 425,000 barrels of crude oil each day.

Sasol's major petrochemical facility in Lake Charles, a 1.5 million ton per year ethane cracker and six downstream chemical facilities, is temporarily shut down as well as its Houston and Winnie, Texas, locations.

While refineries may have a glut of many products from crude oil, some of the Lake Charles facilities are manufacturing critical medical supplies such as hand sanitizers and cleaning products that are being used to battle the spread of the coronavirus.

"The demand for many of our products is the highest it has ever been," Rock said.

Worst-case scenario, significant damage could set back the economic "recovery we were hoping to see," he said.

"To have hurricanes on top of COVID-19, it's just been a really challenging year," Rock said. "We're looking forward to a safe startup soon."

Ahead of Hurricane Laura, all of Cameron Parish is under a mandatory evacuation order

Evacuations announced ahead of Hurricane Laura: see a list

'Get out of Dodge': Calcasieu officials say evacuation mandatory as Laura becomes hurricane

As southwest Louisiana prepares for Laura, some fear what they'll return to: 'It's not looking good'

Among the thousands of residents in Cameron and Calcasieu parishes racing to evacuate ahead Hurricane Laura are workers at port, petrochemical…

Acadian Ambulance to honor EMT, paramedic of the year during annual luncheon Tuesday

Acadian Ambulance will honor Liz Hill as EMT of the Year and Jeremy Brown Paramedic of the Year during its 49th annual luncheon at noon Tuesday.