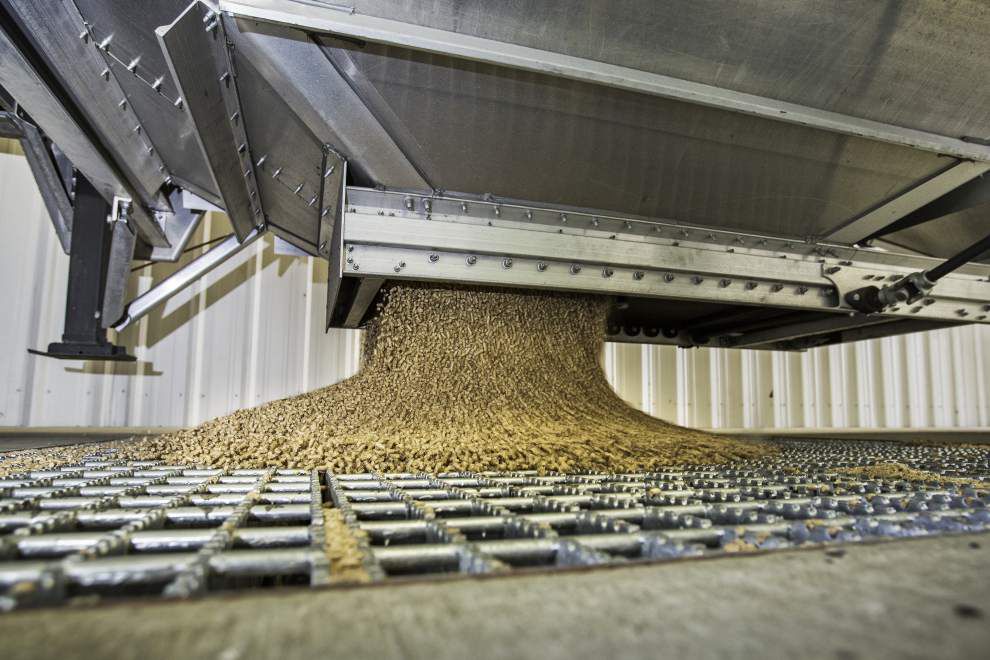 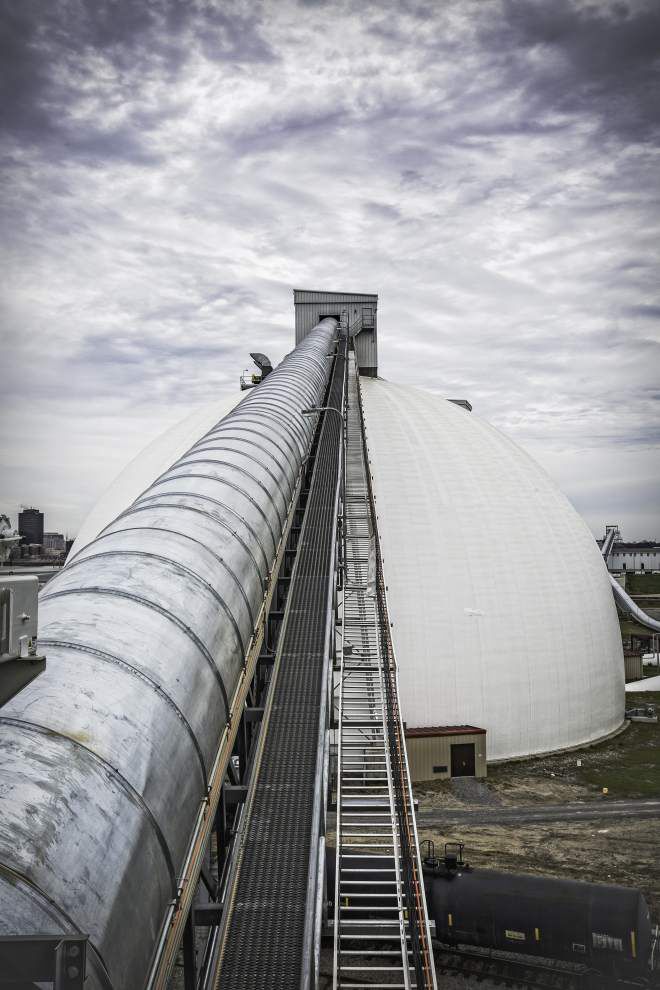 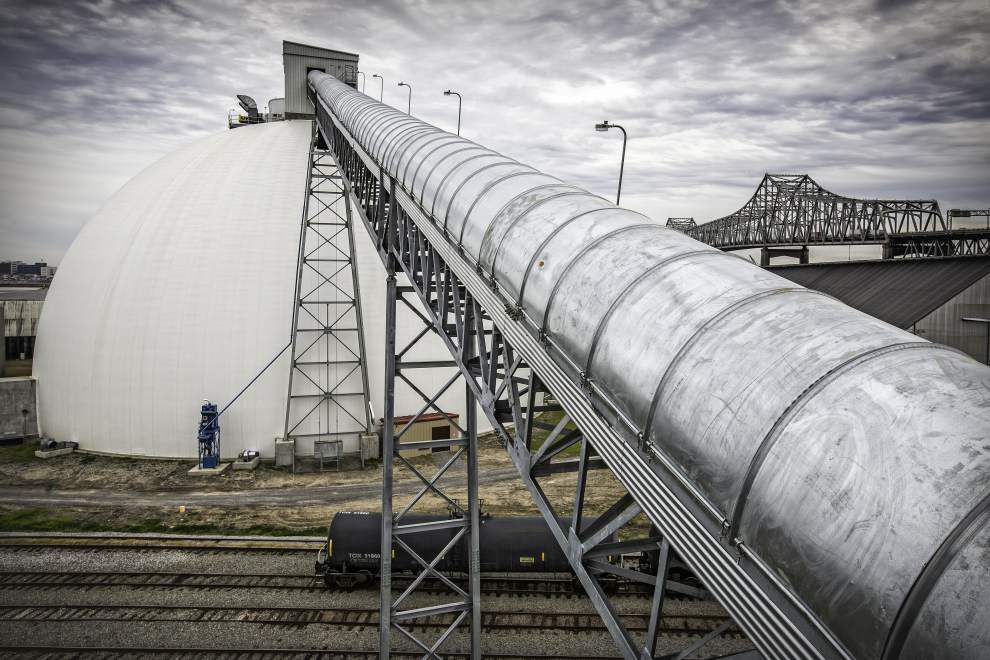 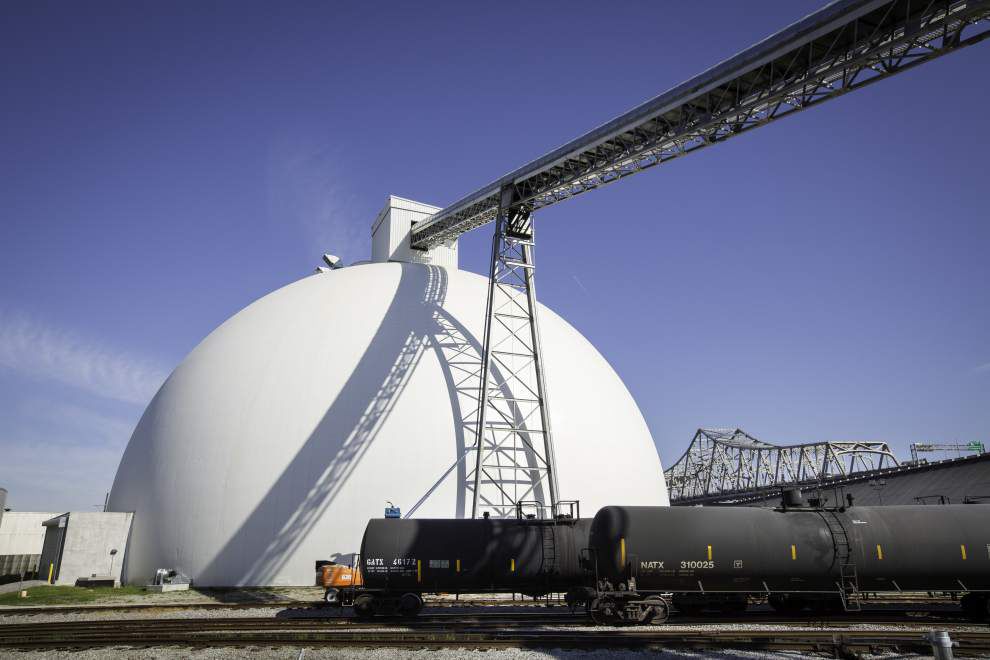 For more than a year, many westbound drivers crossing the Mississippi River on the Interstate 10 bridge connecting Baton Rouge and Port Allen may have wondered why two giant, white domes were under construction on the west bank.

Last month, large trucks began filling one of the domes with tons of wood pellets. Those two huge eggs are part of Drax Group’s drive to convert its coal-fired power plants in the United Kingdom to use wood pellets as renewable fuel.

Both Drax — which reported about $4.18 billion in total revenue for 2014 — and Louisiana’s taxpayers have bet big money on this venture’s success.

Baton Rouge Transit, a subsidiary of Drax Group, announced in November 2012 it would spend $30 million on three domes and other equipment and facilities at the Port of Greater Baton Rouge.

A month later, Gov. Bobby Jindal and another Drax subsidiary — Drax Biomass — announced Drax would spend $120 million, combined, on the port facility and a wood pellet production plant near Bastrop in Morehouse Parish.

Drax officials said they would hire 16 full-time employees at the port and 47 at the wood pellet plant in Morehouse Parish.

In return, Jindal said, the state would grant a $1.7 million economic-development loan that would not have to be repaid if Drax honored its payroll obligations.

In addition, Drax was granted use of Louisiana’s Quality Jobs and Industrial Tax Exemption programs.

Quality Jobs provides an eligible company an annual cash rebate of 6 percent of its payroll for a decade. The Industrial Tax Exemption shields a company from local property taxes on its new facilities for a decade.

A year ago, the state’s Louisiana Economic Development Corp. granted an additional $500,000 loan for construction of the pellet plant near Bastrop.

That loan was secured by a large crane and other equipment at the pellet production site. Like the first loan of $1.7 million, a Drax subsidiary — Morehouse BioEnergy LLC — would have to repay the state if it failed to hire the promised number of workers at an annual payroll of $2 million.

The agreement with the LEDC also required Morehouse BioEnergy to boost its number of employees to 58.

“Our overall capital expenditure in Louisiana and Mississippi for the facilities coming online soon is $350 million,” Willey said.

It’s a market that’s expected to grow. Pellet companies in Louisiana are gearing up to sell that fuel to companies in the United Kingdom, Germany and Belgium, said Buck Vandersteen, executive director of the Louisiana Forestry Association.

“Louisiana is blessed with an abundance of timber,” Vandersteen said. “European buyers want more wood-fueled energy through 2027. That is the stability we need.”

“At the end of the day, it’s all economics,” said Richard P. Vlosky, director of the Louisiana Forest Products Development Center.

“If a company in the U.K. wants to burn pellets from the U.S. and is willing to pay a premium that encourages Louisiana chips to be made into pellets, chips will flow to pellet manufacturers,” said Vlosky, who also is the Crosby Land & Resources endowed professor of forest sector business development at the LSU AgCenter.

“We plan to employ over 200 people in the U.S. by 2016,” Willey added. “This is a major investment, and the jobs Drax creates directly at its pellet mills will support 600 to 800 indirect jobs in the industries which support our plants.

“We partner with a range of other companies — from small landowners to large U.S. companies like Plum Creek (Timber Co. Inc.) — who are able to create value and help in the fight against climate change,” Willey said.

Each of the twin domes at the Port of Greater Baton Rouge has a storage capacity of about 44,000 tons of pellets, Willey said.

The third storage dome announced for construction at the port may not become a reality.

“There are no plans to build a third dome at this time,” Willey said.

Drax’s demand for wood pellets will remain strong for more than a decade, according to Willey.

“Drax is able to support good forest stewardship in the U.S.,” Willey said. “This keeps forests as forests and enhances their ability to absorb carbon through better management. For those reasons, the U.K. government supports the use of sustainable biomass and will provide financial support for sustainable biomass until 2027.”

Some critics of the use of wood as fuel for power production have alleged industrial demand for pellets will lead to environmental damage through clear-cutting of hardwood forests. Clear-cutting removes all trees from a particular forest location.

Matthew Rivers — then-chairman of Drax Biomass in Atlanta — wrote a public letter in February to deny the company engages in clear-cutting of southern hardwood forests. In general, hardwoods are trees that lose their leaves in winter.

Last week, Willey did not say when the first ship will leave the port near Baton Rouge with its 33,000-ton load of wood pellets for British power plants.

Both plants will need about six months to begin operations at full capacity, Willey explained.