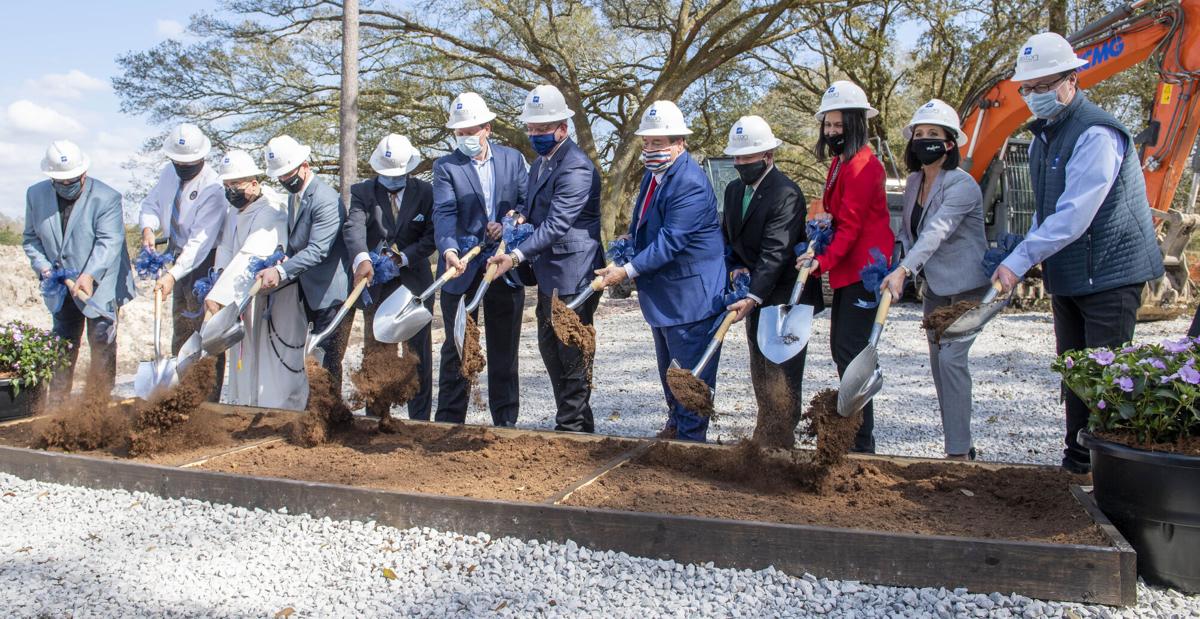 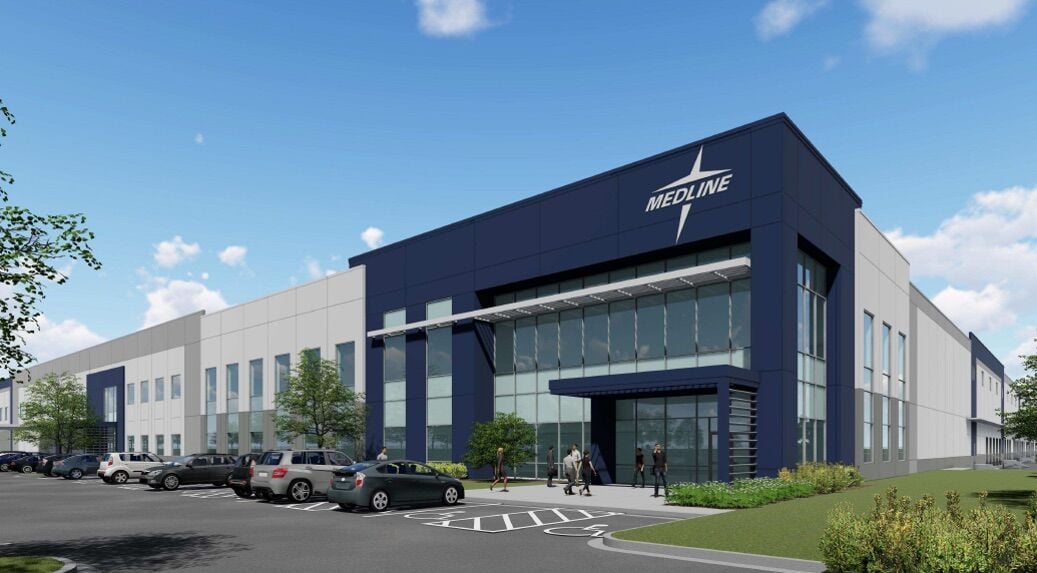 A rendering of the soon-to-be-built Medline Industries distribution center in Hammond.

Medical supply giant Medline looks to be setting up shop in Tangipahoa Parish for good after a legal battle over the company’s new Hammond distribution center fizzled out.

A lawsuit filed in state court by eight residents angry with Medline’s plan to build a 650,000-square-foot distribution plant on property near the Hammond airport alleged that the Hammond City Council acted “arbitrarily and capriciously” and violated city law when it voted last year to rezone the site, making way for the project. Officials broke ground on the site in March.

District Judge William Dykes on Nov. 4 dismissed the group’s claims against the city, Mayor Pete Panepinto and the Hammond Planning and Zoning commission, saying in a judgement that the lawsuit lacked “any rational basis” to challenge the rezoning.

Robert Ellis, the residents’ attorney, said he would not appeal the ruling.

“(My) clients are residents — they’re not funded as big industry,” Ellis said.

The decision marks an end to months of legal dispute that Medline waded through across two Northshore parishes before executives finally broke ground on the Hammond site earlier this year. The company, which makes products like bandages, masks and gloves, first tried building the facility in St. Tammany Parish but met stiff resistance from residents.

People in St. Tammany raised concerns about traffic and drainage — foreshadowing worries the project would elicit in Tangipahoa. St. Tammany residents filed suit a year ago, challenging the Parish Council’s decision to rezone a 70-acre property dedicated to the site.

Negotiations between the parish and the site’s landowner dragged on, and rather than wait for a resolution, Medline found the Tangipahoa Parish location.

The $45 million distribution site is poised to create 450 long-term jobs for residents when it reaches full operating status in January of 2022. The building will cover an area nearly the size of 5½ football fields.

That will effectively turn an area originally zoned for family dwellings into a residential park, Ellis said earlier this year, something his clients are unhappy about. Officials, though, have touted the project among a string of recent wins for the local and state economies thanks to growth from big manufacturing companies.

As he announced a $60 million expansion of conveyor belt maker Intralox’s Hammond factory on Thursday — blocks from where construction is underway on the Medline site — Gov. John Bel Edwards described the Medline project as part of a string of recent economic victories for his native Tangipahoa Parish.

“Just literally a stone’s throw from here, Medline is coming out of the ground with a distribution center that’s 650,000 square feet,” Edwards told a crowd of Intralox executives. “So this area is very hot, and I think that speaks volumes about the people, the leadership.”

The 650,000-square-foot distribution center and office space will be located adjacent to the Hammond airport on two tracts of land purchased by Medline.

Tangipahoa Parish officials likewise touted the Medline project’s economic incentives, and point to special care the company took in designing the place as evidence of a strong partnership.

The company promises to develop the property with 500-year flood protection, rather than standard 100-year protection, to build a roundabout near the site and to beautify the property to keep it from becoming an eyesore.

Construction lagged due to the heavy rains that hit the area earlier in the year, said Tangipahoa Parish president Robby Miller. Now, it’s gearing up — and local officials acknowledge that the project is in “the toughest stage,” with concrete pouring and machinery buzzing.

“The worst part of this project is the mess it’s making right now,” Miller said, “but Medline is doing the best to create as little intrusion as possible.”

Gov. John Bel Edwards on Thursday celebrated hundreds of new jobs that will soon arrive in his home parish where a manufacturing company with …

Miller assured residents that the company’s promises of flood protection and beautification for the site remain part of the project’s goals.

“It’s going to work out the way Medline promised,” he said. “We’re going to make sure of that.”

Along with the eight residents who sued the city of Hammond, over 100 people signed onto a petition opposing the rezoning last fall.

They feared the development “would produce an amount of traffic that our area cannot begin to handle as well as cause even more severe drainage issues than what we already live with,” wrote Carole McAllister, a resident of Oak Hollow Driver, in an Oct. 8, 2020, email to the Hammond City Council, as controversy over the rezoning swirled.

The lawsuit's failure may also come as a disappointment to officials in St. Tammany, where the Hammond lawsuit revived hopes that Medline might be persuaded to return to the parish to Tangipahoa’s southeast.

St. Tammany Parish President Mike Cooper reached out to Medline in the spring after news broke of the now-defunct suit, a step he saw as important in wooing the company back. Cooper did not return a phone message Monday seeking comment on the judge's ruling.

S&W Wholesale Foods said it will spend $12 million to build a distribution center near Hammond that will create 30 jobs.