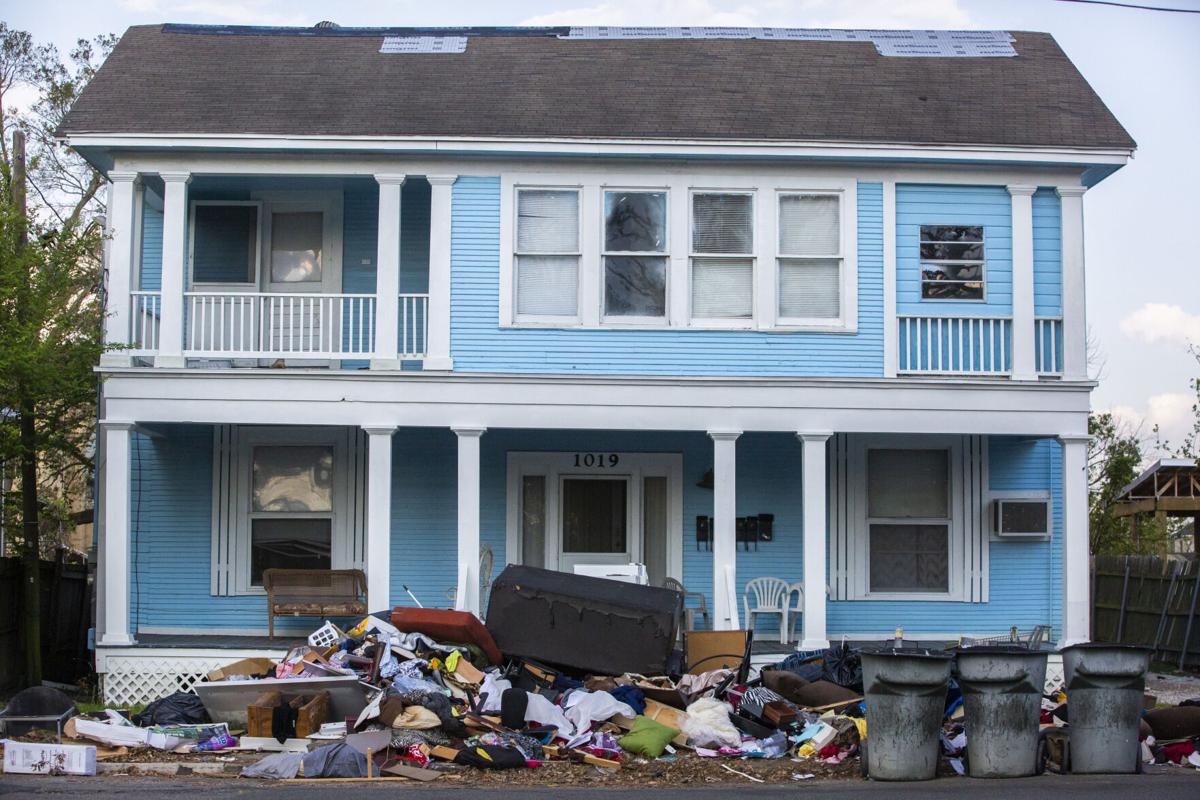 Clothing and furniture are piled up on the curb outside a home 2 weeks after Hurricane Laura in Lake Charles, La., Thursday, Sept. 10, 2020. 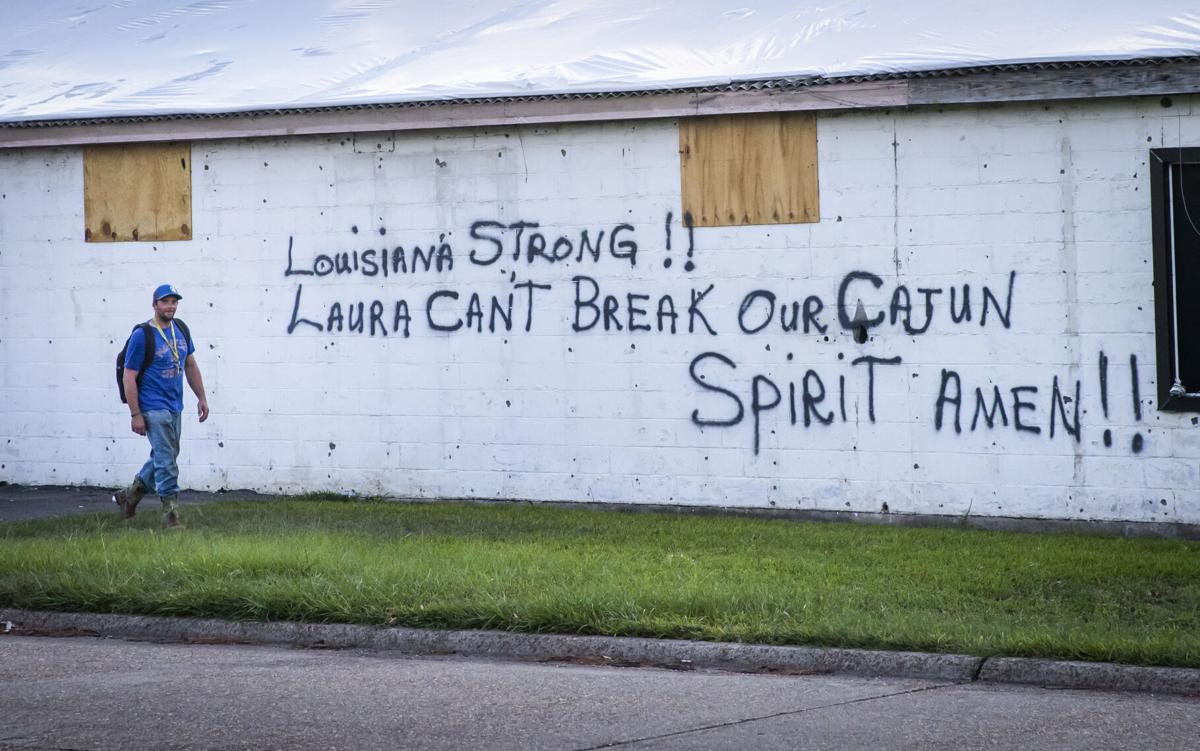 Clothing and furniture are piled up on the curb outside a home 2 weeks after Hurricane Laura in Lake Charles, La., Thursday, Sept. 10, 2020.

Reflecting more typical claims, only 1,806 first-time claims were filed at the same time last year, with only 14,794 continuing claims being paid out, according to the Louisiana Workforce Commission.

Construction sector layoffs led the new unemployment claims for the first time since the coronavirus pandemic and its related economic recession began in late March, with 2,200 workers who told the state they don't have a job.

The population of Calcasieu Parish is about 200,000 residents, compared to East Baton Rouge Parish's more than twice that figure.

The second-largest industry for new unemployment claims were accommodation and food services, 2,189, followed by 2,189 in arts, entertainment and recreation; 2,133 tied to jobs not yet classified by industry; and 1,687 from retail trade.

For those who were already unemployed and continuing to receive benefits, accommodation and food services was the largest industry cluster, with 56,160 claims, followed by retail trade, 28,245; health care and social assistance, 25,652; and construction; 23,052.

As of Sept. 9, there was $138 million in the state unemployment trust fund, down from $1 billion at the beginning of the year. The Louisiana Workforce Commission filed paperwork to potentially receive a federal Title XII loan, which can be borrowed for 0% interest but it's unclear when the money may be received.

By the end of September, the Revenue Estimating Committee is expected to determine whether employers may face a higher unemployment tax burden and claimants may see lower benefits in January 2021.

The unemployment fund has fallen to a level that will automatically trigger higher wage taxes on businesses starting in January to help replenish the fund. The same trigger also would reduce the maximum $247 unemployed workers receive weekly to $221 in January.

Even if the fund runs dry, unemployed workers would still get payments because the state is required to keep paying eligible claims.

Louisiana spends half of its $1 billion unemployment fund. So what happens in the coming weeks?

An extra $600 in weekly unemployment benefits ran out July 31.

Extra $300 in weekly unemployment benefits is about to end in Louisiana, and the rest of U.S.

The extra $300 federal boost to unemployment benefits currently being paid from national disaster funds will soon run out in Louisiana, with t…

State unemployment benefits rolls declined again last week, with 249,610 jobless claims continuing to be paid compared with 250,720 the week before.

A couple thousand more workers were on the job in July across Louisiana than in June, but there are still 138,000 fewer nonfarm jobs than the …

Louisiana unemployment claims drop below 300,000; here's how it played out

The Louisiana Workforce Commission sent out about 7,600 notices to recently unemployed people demanding they pony up sometimes tens of thousan…