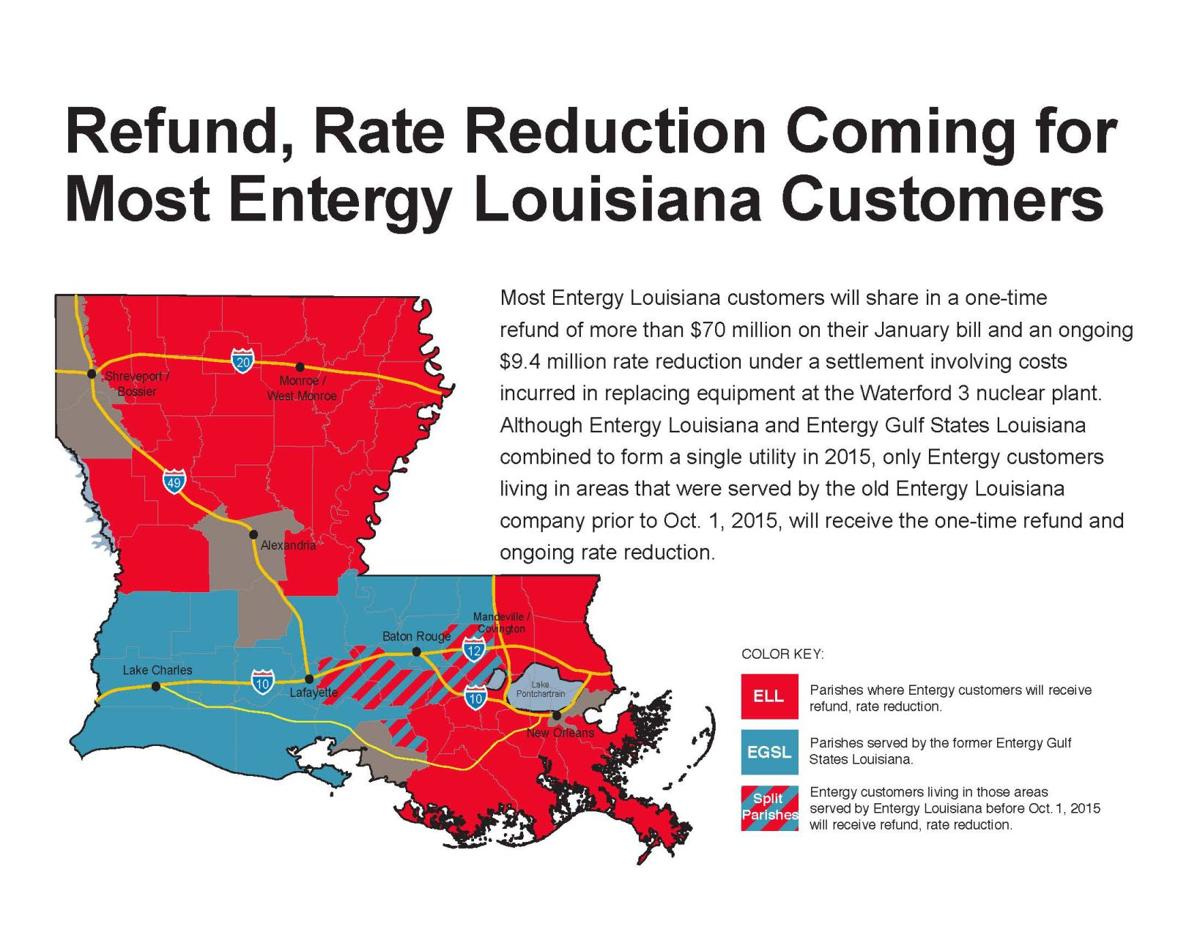 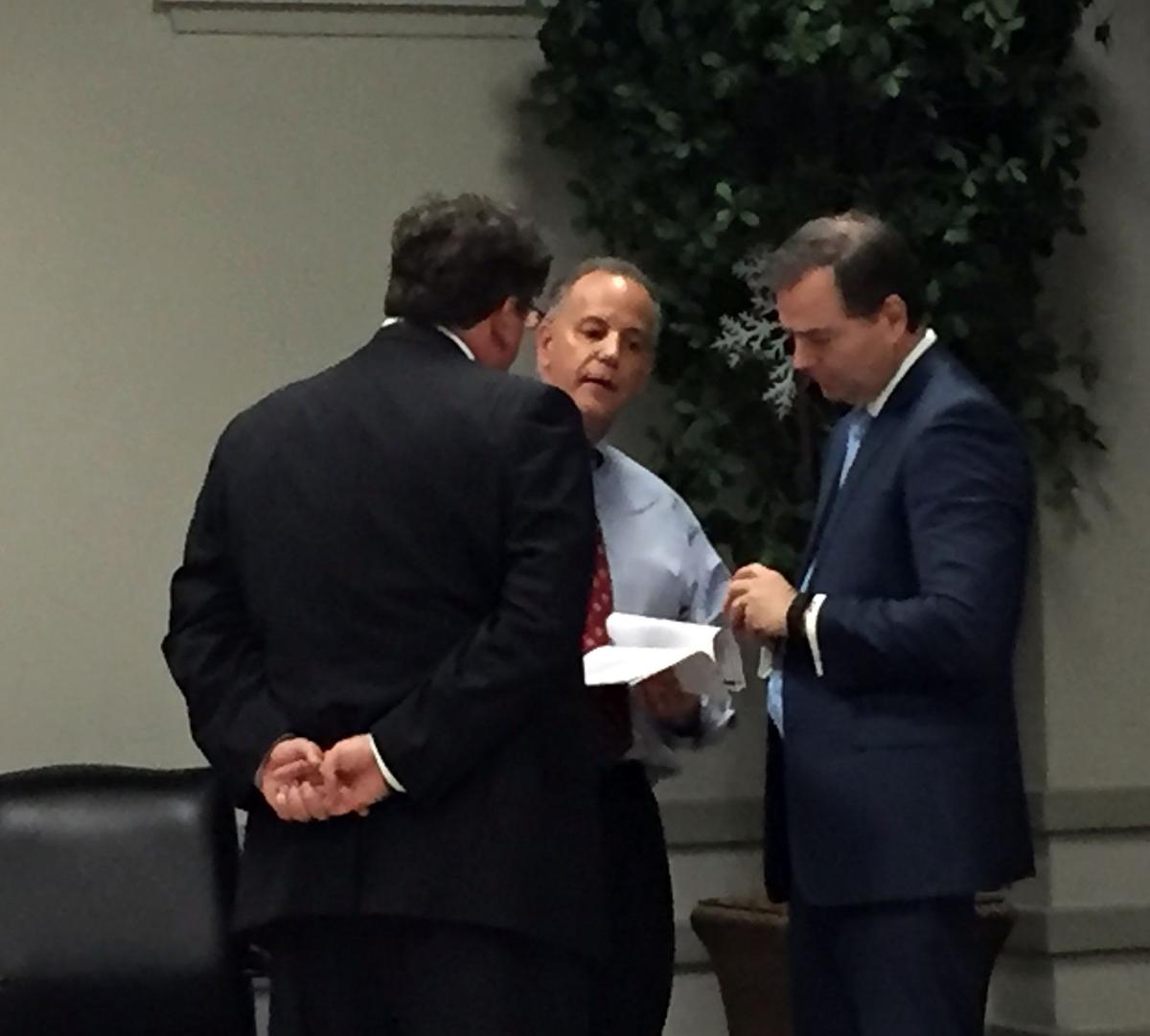 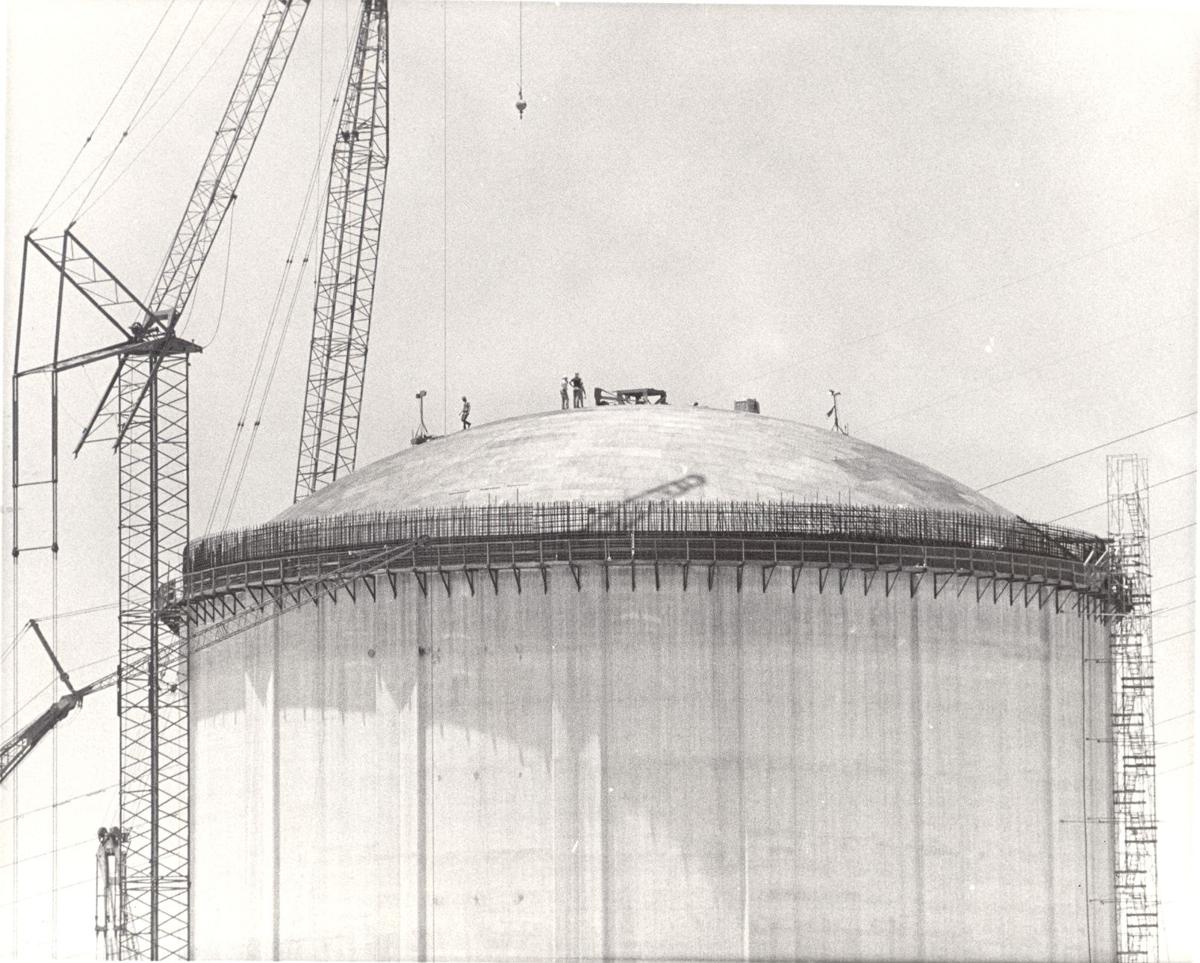 Entergy customers in most of Louisiana will receive a little something extra on their January electricity bills as the utility settled a dispute over who should pay for a $140 million mistake at the Waterford 3 nuclear power plant.

The five elected members of the Louisiana Public Service Commission, meeting at the Pontchartrain Center in Kenner, voted 3-2 to approve the deal that translates into a one-time refund of about $40 next month and a rate reduction of around 50 cents on monthly bills into the future.

Only customers living in suburban New Orleans, suburban Baton Rouge – but not in the cities themselves – and in north Louisiana are included in the credit and rate reduction.

The utility regulators said they weren’t particularly happy with the deal that basically splits the difference between what Entergy was willing to pay and what the company’s industrial customers wanted. But the pact would benefit customers and would keep the issue out of court.

The November 2010 discovery of “visible cracks and distortion” on key pieces of equipment to be installed at the Waterford 3 nuclear power plant increased the costs of an upgrade, which were put into rates in January 2013, according to the settlement agreement. The Waterford 3 unit accounts for about 30 percent of Entergy Louisiana’s total generation and began operations in 1985. Hoping to extend the plant’s lifespan to about 2045, Entergy replaced the two aging steam generators with new 720-ton, 65-foot-long units.

Fair or foul? Regulators to decide if Entergy customers should pay for $140M mistake

Entergy had argued that its customers should pay, including a profit. But Louisiana Energy Users Group, a Baton Rouge-based trade association representing most of the state’s largest industrial users of electricity, countered that the utility’s shareholders should be responsible for the overruns.

“You have a $140 million mistake and you wanted ratepayers to pay it all,” Campbell told Entergy officials at the hearing. “What you’re saying is that if we don’t accept this settlement … You go to court.”

Angelle said he was concerned that the settlement would preclude any further action if the estimated $48 million customers would have had pay regardless of the delay turns out to be more than they should have. “It is improper for us to give a certainty in return of the uncertainty,” he said. 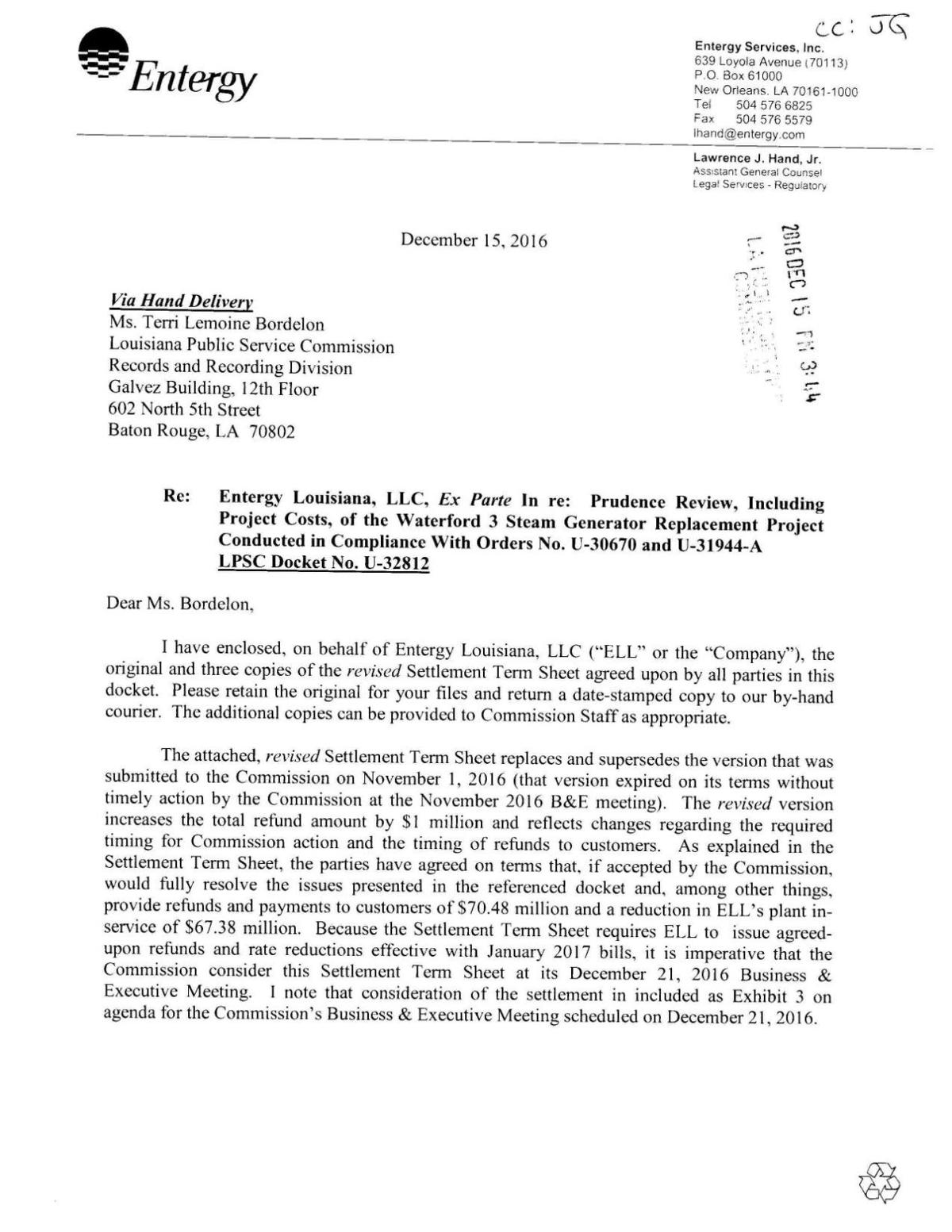 Four years in the making, Randy Young, the Baton Rouge lawyer representing LEUG, said basically it was Entergy’s willingness to pay $23 million more than what an administrative law judge had recommended that sealed the deal. The settlement includes a $69.4 million refund and a $9.44 million rate reduction.

“We believe it is a good settlement,” Young said.

Even the Alliance for Affordable Energy, a New Orleans-based group that represents the interests of everyday consumers, backed the pact, saying Entergy needs reassurance that the company can get reimbursed for upgrading nuclear plants.

“This settlement is the best deal that ratepayers are going to get,” said Casey DeMoss, head of the Alliance.

Phillip May, chief executive officer of Entergy Louisiana LLC, said he couldn’t recall the last time the Alliance for Affordable Energy agreed with the utility company. “It’s rare,” he said.

“That all the parties were for this agreement is a testament to its strength,” May said. “It was a hard fought settlement.”

Entergy says the problem was not a mistake, it was a cost overrun from a delay caused by an unforeseen circumstance. Mark D. Kleehammer, Entergy’s vice president of regulatory and public affairs, also said the $140 million figure was misleading. The actual increase associated with the steam generator replacement was about $92 million.

Because private utilities are allowed to operate as a monopoly within their territory, the Louisiana Constitution gives the PSC authority to oversee business decisions that could translate into the rates that customers pay.

Generally, utilities can charge the cost of making and transmitting electricity plus a predetermined profit of about 10 percent. Added to that “base rate” is the “fuel adjustment,” an additional charge that covers the cost of the fuel – natural gas, nuclear rods, etc. – used to run the generating plants to make electricity. That cost is passed through to the customer with no profit attached.

Entergy Louisiana customers living in 40 parishes – including Jefferson, St. Tammany, and Tangipahoa – as well as parts of Ascension, Iberville and Livingston will receive the refund and rate reduction. They paid for fixing the problem before the company merged subsidiaries.

Customers of the old Entergy Gulf States, which covers parts of Baton Rouge and Acadiana, and Entergy New Orleans are not included in the settlement.

Residential customers using 1,000 kilowatt hours, the typical measurement, of electricity per month will receive a one-time refunds of $37.73 on their January bill plus a 43-cent drop in their monthly rates into the future. Those using 2,000 kHw would receive double those amounts. A typical residence uses about 1,300 kHw of electricity per month.