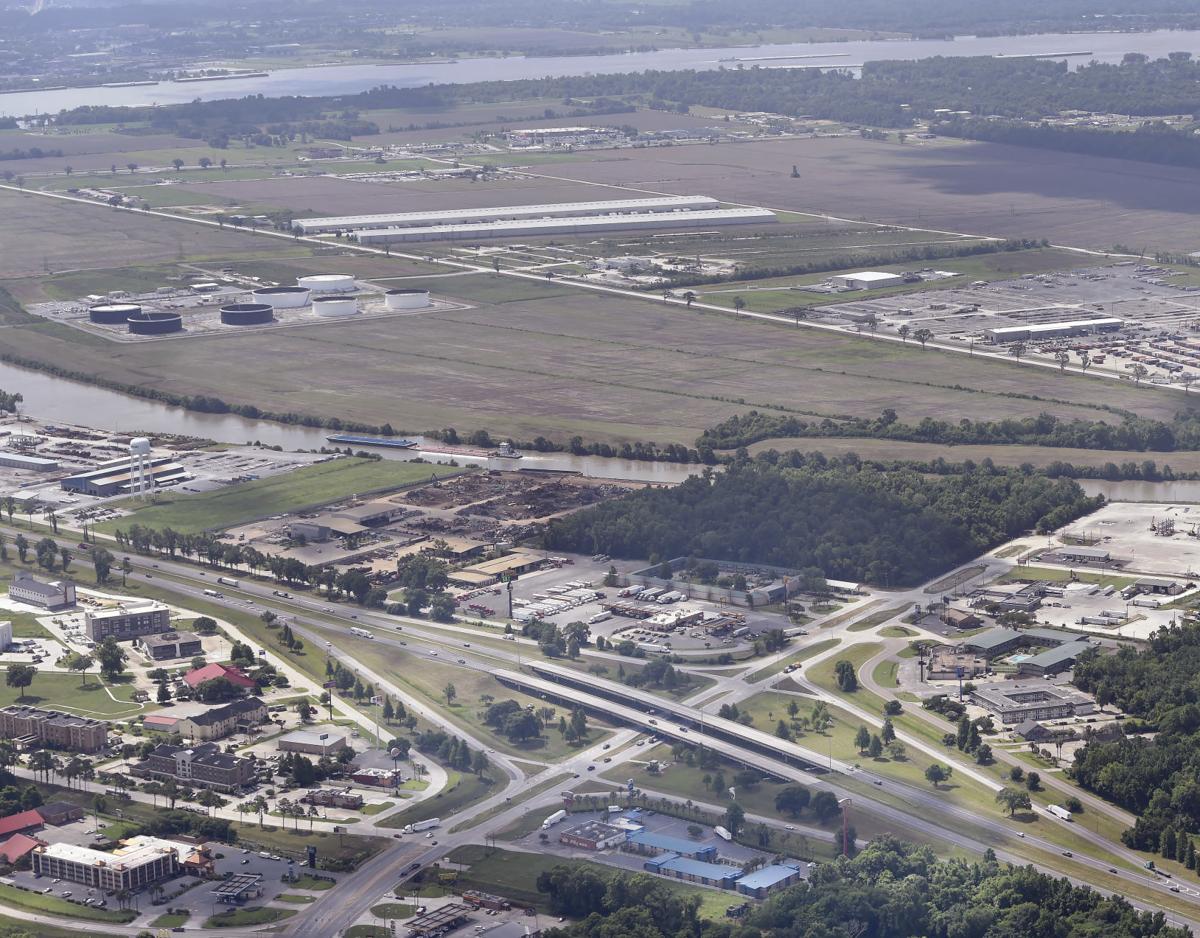 Aerial of LA-415 interchange, bottom, and where the road will run to a new bridge that will go over the Intracoastal Waterway, middle right, and continue to LA-1, top, Tuesday day May 28, 2019, in and around Baton Rouge, La. Real gross domestic product in Louisiana and across the U.S. as of third quarter 2019 was higher than the national average. 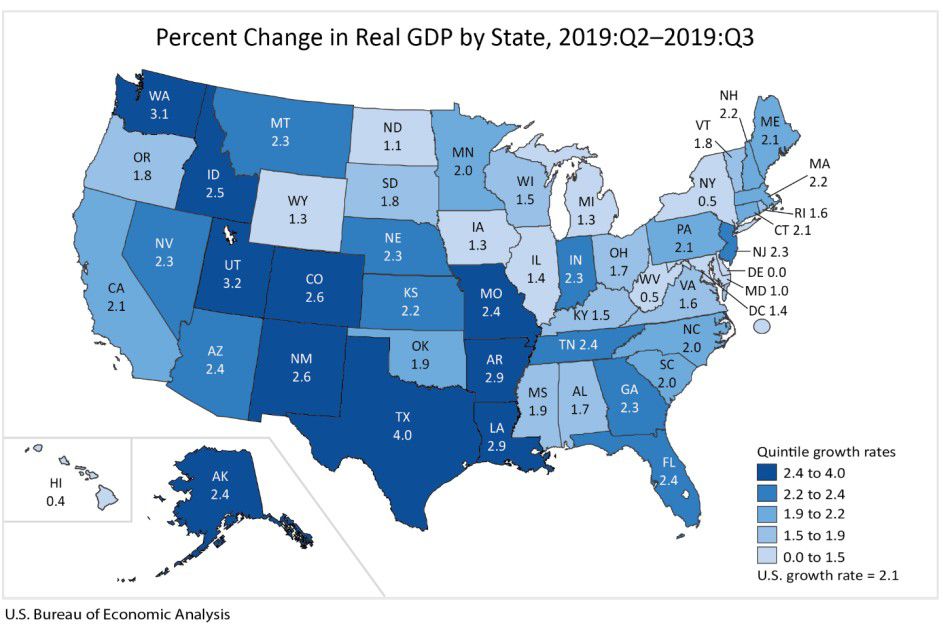 Real gross domestic product in Louisiana and across the U.S. as of third quarter 2019.

Louisiana posted growth of 2.9% during third quarter in 2019, compared to the previous quarter, slightly higher than the national average of 2.1% in gross domestic product growth.

The state was No. 4 in the nation for economic growth during the third quarter and accounts for 1.2% of total U.S. GDP.

Gross domestic product measures the market value of all goods and services produced and is one widely-used benchmark for the economy.

The U.S. Bureau of Economic Analysis data, released Friday, showed that Louisiana's economy also expanded from the previous year. During third quarter, Louisiana's GDP grew by 1.7% to $264 billion from $259 billion for third-quarter 2018.

2019: A year of business headlines

Stories ranging from a lull in industrial construction to the rise of medical marijuana captured business headlines during 2019. Here's a roun…

Down by less than 1% second to third quarter 2019 were utilities; construction; transportation and warehousing; finance and insurance; arts and entertainment; and government.

Texas had the fastest GDP growth during third quarter at 4%, followed by Utah at 3.2%, records show. Mississippi fell behind Louisiana with GDP growth of 1.9%, while Alabama grew by only 1.7% second to third quarter.

Louisiana posted growth of 1.7% in real gross domestic product during second quarter, compared to the previous quarter, which means the state …

Louisiana posted growth of 2.9% during third quarter in 2019, compared to the previous quarter, slightly higher than the national average of 2…

Update: Burger King at Johnston, Broadmoor set to open in May

Construction has begun on a Burger King in front of the Time Plaza shopping center that will open in May.

A 118-unit apartment complex in Youngsville has sold for $8.3 million, records show.

ElDorado Resorts buys Caesars for whopping $17.3B, which runs Belle of Baton Rouge