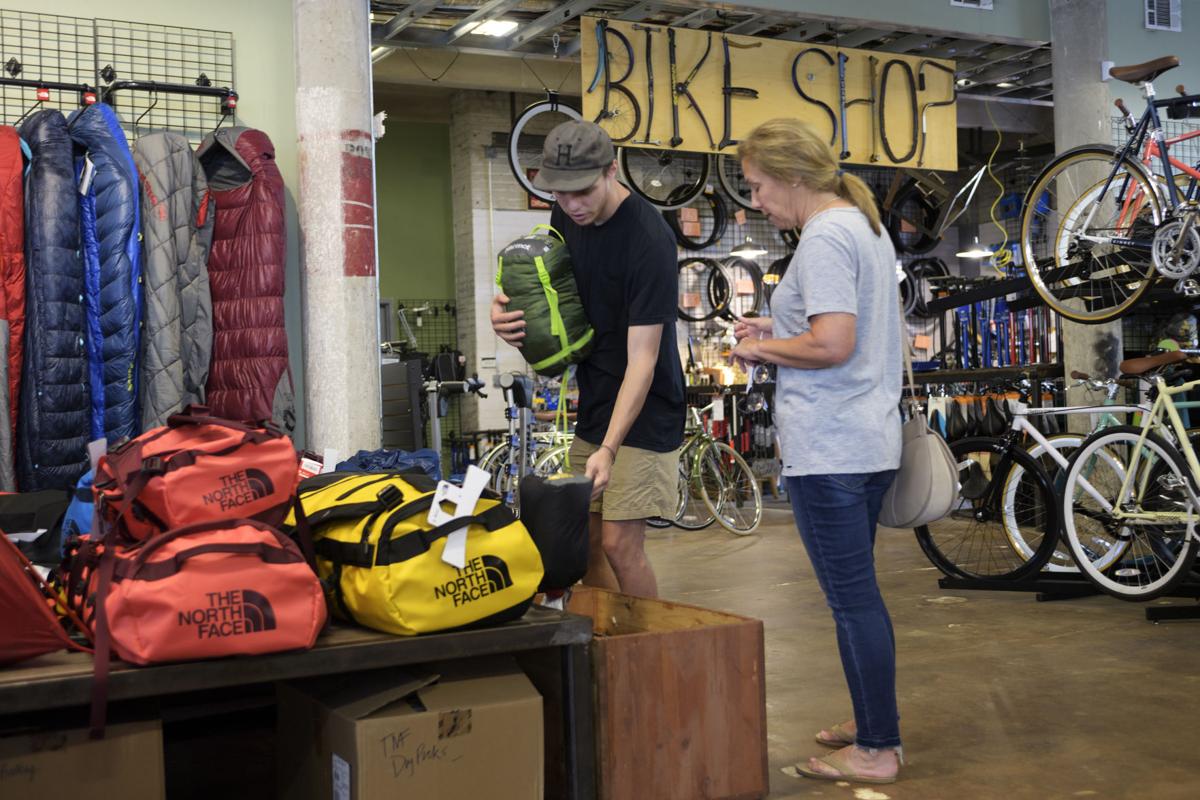 Ross Cornin, left, assists a customer at Massey's Outfitters in New Orleans. The president of Massey's teamed up with the founder of Dirty Coast, another local apparel company, to created a web-based marketplace called Locally.com to connect consumers looking to purchase goods online with brick-and-mortar stores nearby. 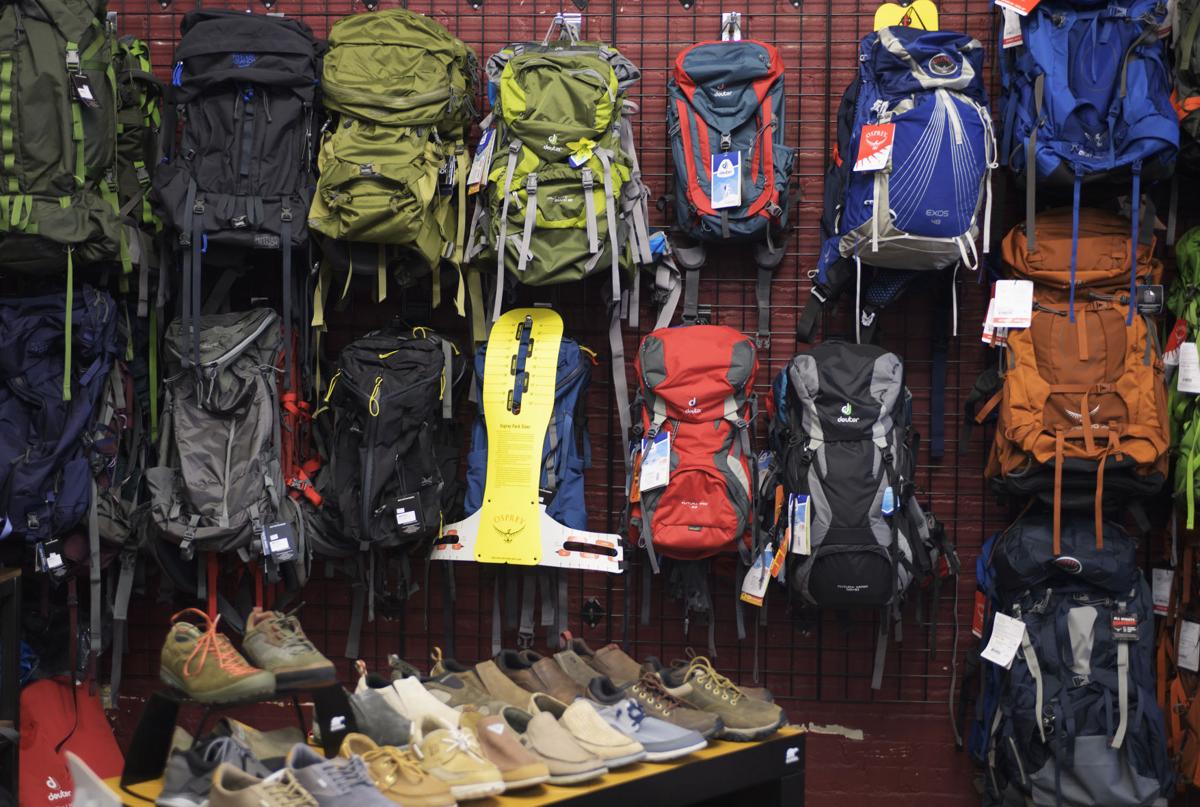 Goods for sale at Massey's Outfitters are on display at the store at 509 N. Carrollton Ave. in New Orleans. The president of Massey's teamed up with the founder of Dirty Coast, another local apparel company, to create a web-based marketplace called Locally.com to connect consumers looking to purchase goods online with brick-and-mortar stores nearby. 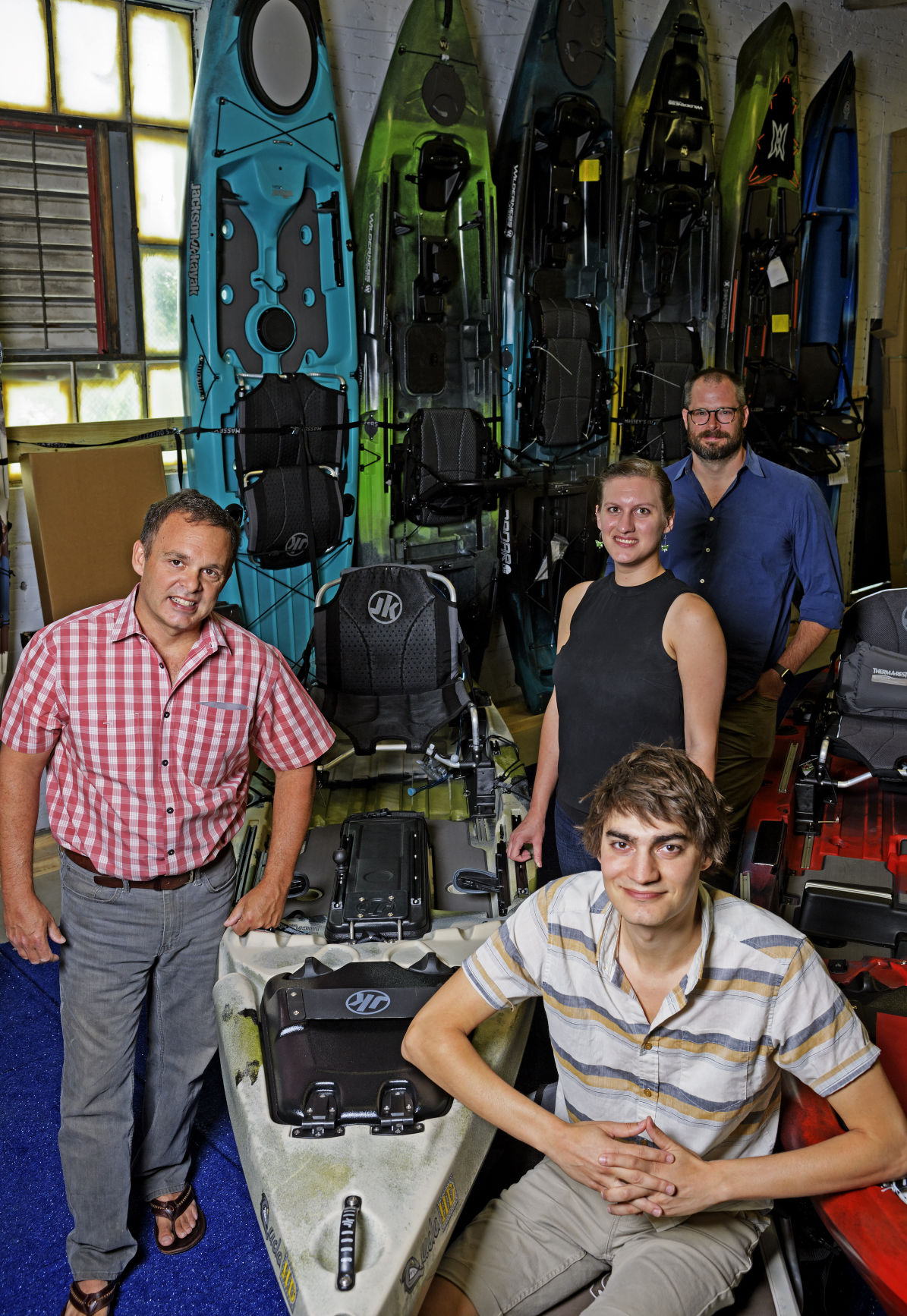 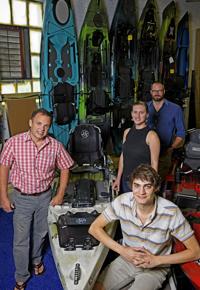 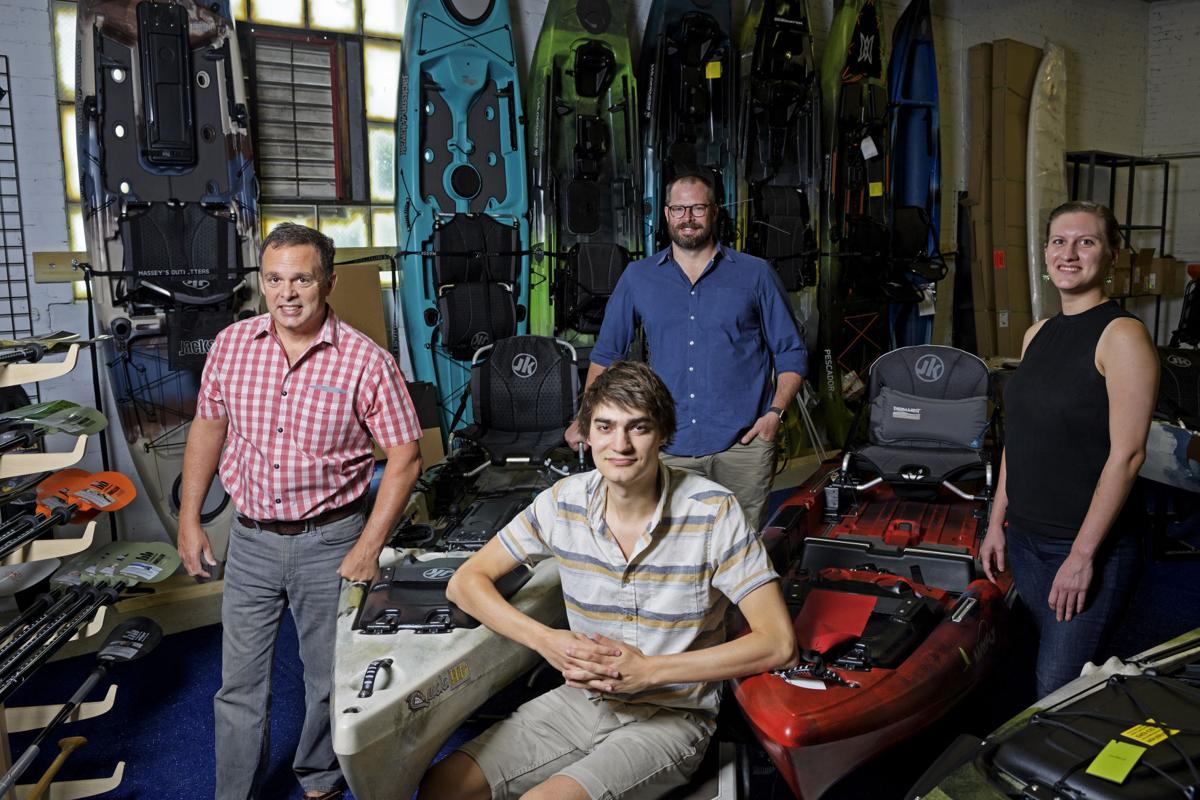 Ross Cornin, left, assists a customer at Massey's Outfitters in New Orleans. The president of Massey's teamed up with the founder of Dirty Coast, another local apparel company, to created a web-based marketplace called Locally.com to connect consumers looking to purchase goods online with brick-and-mortar stores nearby.

Goods for sale at Massey's Outfitters are on display at the store at 509 N. Carrollton Ave. in New Orleans. The president of Massey's teamed up with the founder of Dirty Coast, another local apparel company, to create a web-based marketplace called Locally.com to connect consumers looking to purchase goods online with brick-and-mortar stores nearby.

Even after more than four decades in south Louisiana, Cullen's Babyland is making sure shoppers know its name and can find its Baton Rouge and Lafayette stores and products even if they are browsing the internet.

Cullens is making that connection through New Orleans-based startup Locally, which is helping brick-and-mortar retailers list their products online in an easily searchable platform to help attract consumers to nearby stores for their purchases.

"We thought it was wonderful because it's another way for local customers to connect with us, and maybe they didn't know about us and they're searching for that product online," said Melinda Barrios, a manager at Cullen's store in Baton Rouge.

Barrios said the platform has given the business another way to "reach customers even after we've been here all these years."

It works like this: If you're searching online for a particular product, you could search for it on Google along with a location. Locally would be among the first handful of results to pop up, showing real-time inventory in nearby stores. Or, shoppers could head straight to locally.com, which works like a search engine for retail products, and enter what they're looking for.

Additionally, retailers can list inventory online through the site, which allows shoppers to search by city and brand, check the local inventory and compare prices before making a purchase online and picking it up in the store.

It's all about trying to "mimic the shopper's path," said Blake Haney, 42, a founder of Locally and its creative director.

Retailers can add a function to their website or social media handle that essentially embeds a Locally function that shows in-stock merchandise.

The company's backers, who largely have experience in retail sales, want to create a go-to site for shoppers seeking products that are in stock at nearby retailers, meaning they can make their purchase within their community.

The company, which has about a dozen employees, has signed up about 4,000 retailers in more than 800 cities, said President Mike Massey, who also owns Massey's Outfitters, which has stores in Towne Center in Baton Rouge and is based in New Orleans.

Internet retail giants like Amazon have developed newer and more cost-efficient ways to quickly deliver products, including offering same-day delivery by opening warehouses in some cities. Not to be outdone, Wal-Mart, the country's largest retailer, is testing using drones to move inventory at its large warehouses.

Locally, meanwhile, was born out of the belief that consumers increasingly want to research and buy products on their phone or tablet but are willing to drive across town to pick it up rather than wait for it to be delivered.

To Massey, 49, the new service bridges a gap between online and offline transactions, like making a dinner reservation on a computer or hailing a ride using a cellphone.

When the company was launched in 2014, "we knew that local retailers were increasingly being cut out of the decision-making process, between Amazon and brands selling direct," he said.

"Everywhere that a shopper was looking at products — which is like 90 percent of the time online from an iPad in their bedroom — there's no ability to see whether the products they're looking at are available at a local store," he added.

So far, Locally has raised "a little over $1 million" in investment, Massey said.

In many ways, the company is banking on a trend that retail experts have dubbed "web-rooming," meaning that consumers have researched a product on the web before heading to a store to purchase it. (It's the opposite of "show-rooming," when consumers look over a product at a retailer before buying it online.)

Ahead of the 2014 Christmas shopping season, a Harris Poll found that roughly seven out of 10 Americans reported "web-rooming."

"By the time (such shoppers) walk into the store, they're much further along the sales process than we used to be," said Catherine Lenihan, a visiting professor of marketing at Loyola University in New Orleans.

"That's good for a brick-and-mortar store," she said. "When somebody walks into their store, they are probably going to buy."

"We realized that what we were building was a solution for pretty much every industry in retail," Haney said. "It may not be a tool that's widely used by shoppers, retailers and brands that are selling commodity items like toilet paper or toothpaste, but anything that you want to look at, try on or learn about is fair game."

As it continues to expand, Haney, who is also the founder of Dirty Coast, a popular New Orleans apparel company, has lofty goals for Locally. He envisions it becoming "as ubiquitous as Open Table, Yelp, any of these other tools that are part of the marketing suite for retailers."

Locally recruits both retailers and brands. Some areas are naturals. For example, selling outdoors goods easily leads to other sports, like cycling or running, which tend to feature products that consumers want to see firsthand before buying.

"We are all waking up to the fact that you really can't set up a win-lose scenario with your customers," Massey said. "You need to bend the experience and give your customer the ultimate power of how they want to make the decision" on whether to purchase an item.

A recent Locally search returned four stores in New Orleans, including three Massey's locations, and also three stores in Baton Rouge, including the Massey's there. But in larger cities, like Boston or Chicago, each search turned up more than a dozen retailers.

"If you look at the density of our retailers, it's often around big cities," Massey said. "Those retailers are the ones who are feeling the most pain from being cut off from the online shopping experience."

The company collects its real-time inventory data directly from about 1,500 stores, some of which are updated in real time or daily, with Locally constantly processing the data from retailers' sales systems.

Massey said the service processes about 150 million interactions with customers each month, meaning anything from clicking over from a brand's website to making a purchase from a tool embedded on a retailer's webpage.

The volume of transactions climbed about 10-fold over the past year, he said, and the service is averaging about 1,000 transactions per month.

To sign on to the service, Locally charges brands a nominal monthly fee based on how many retailers are listed; it also keeps track of data that help spot trends in different areas. Retailers are charged a 3.5 percent transaction fee based on sales.

As consumers' habits change, Locally is aiming to bridge a gap, offering retailers an opportunity to also adjust with them.

"What's the alternative?" Massey said. "That you're going to drive around the city looking for the product, which people used to do 20 years ago? People just don't do that anymore."