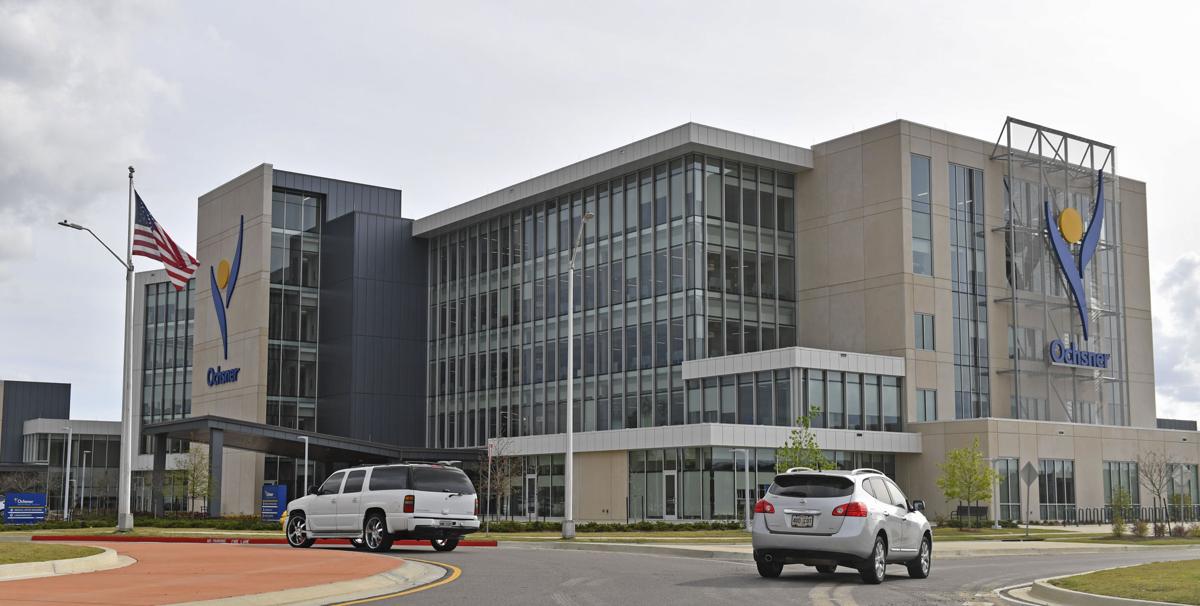 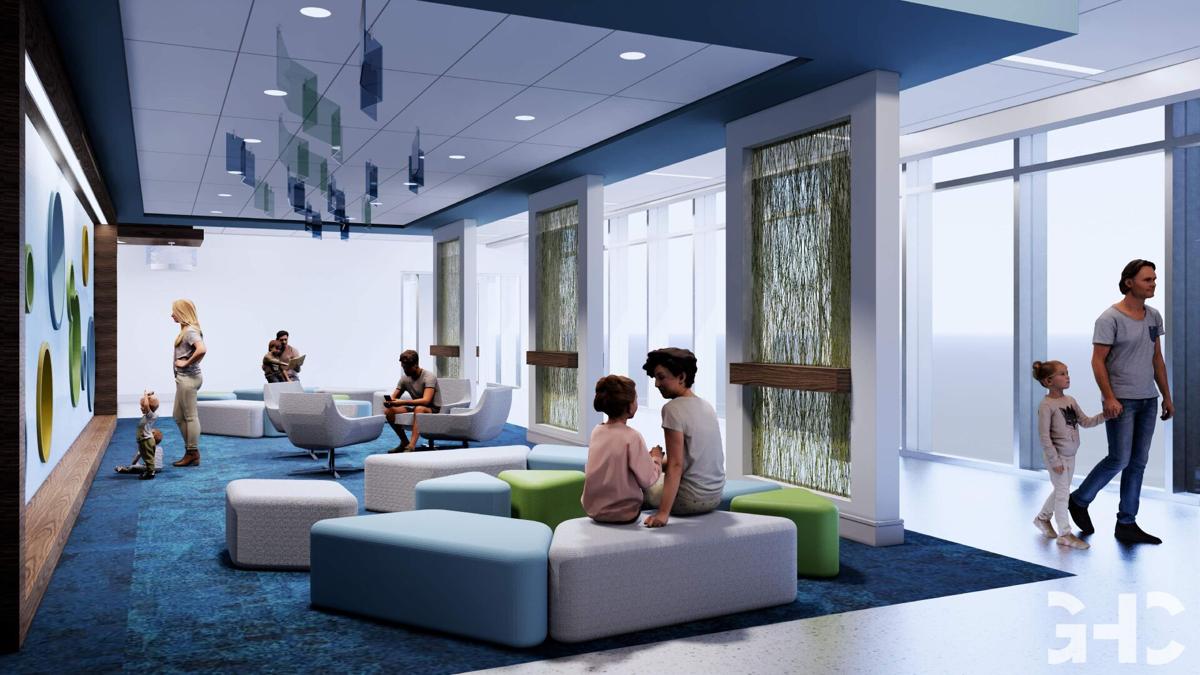 Ochsner Baton Rouge is building a new pediatric clinic at The Grove location for outpatient procedures from primary care to specialists. 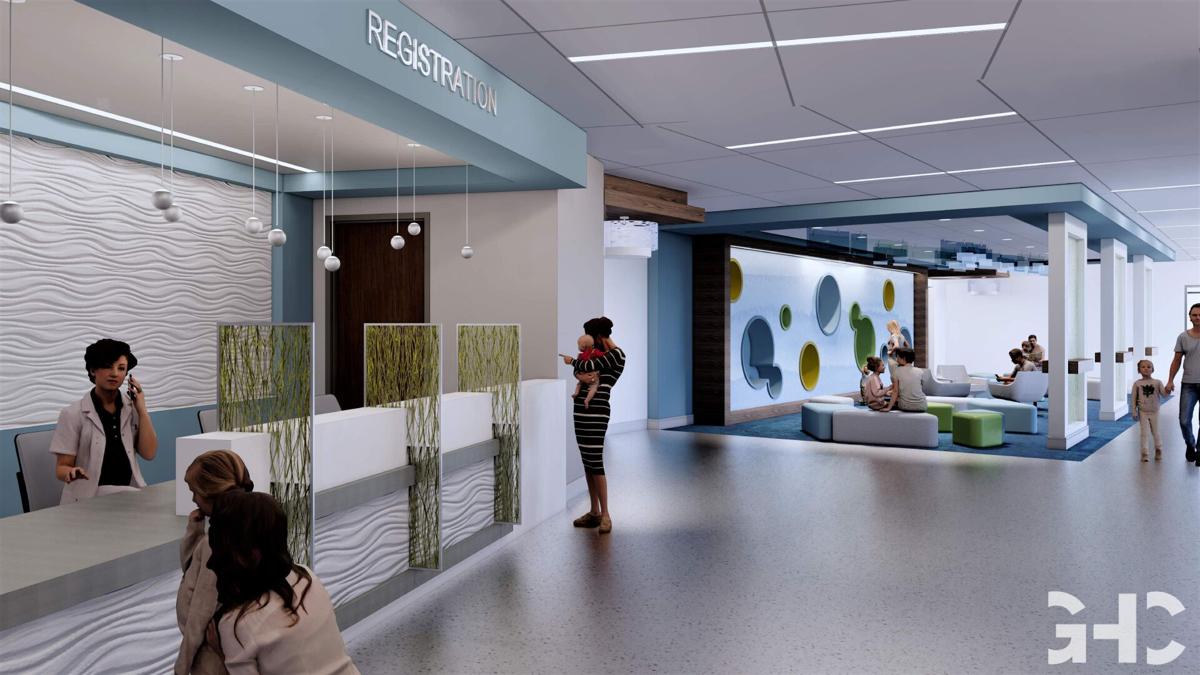 Ochsner Baton Rouge is building a new pediatric clinic at The Grove location which is expected to have 38 treatment rooms. 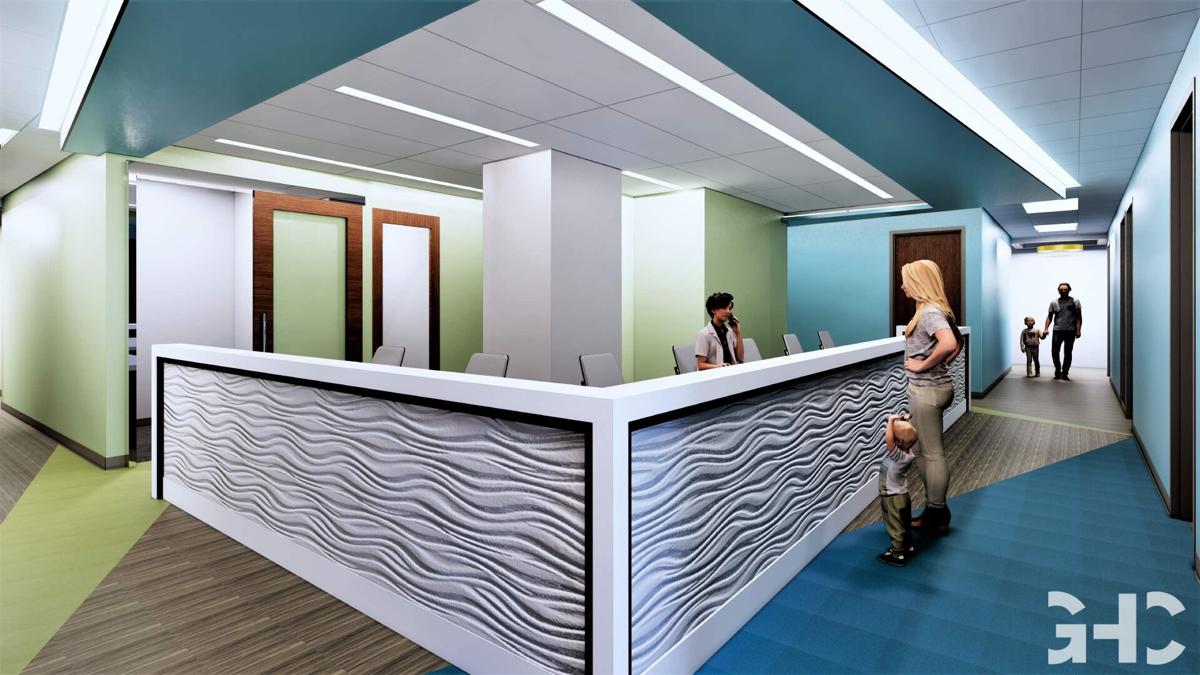 Ochsner Baton Rouge is building a new pediatric clinic at The Grove location for outpatient procedures from primary care to specialists.

Ochsner Baton Rouge is building a new pediatric clinic at The Grove location which is expected to have 38 treatment rooms.

Ochsner Baton Rouge is building out a new $6.8 million pediatric clinic that will occupy nearly a full floor of the Ochsner Medical Complex The Grove over the next six months.

The new facility, referred to by Ochsner as a super pediatric clinic, will be on the fifth floor and span 18,500 square feet, with a dedicated pediatric waiting room of 3,000 square feet. Plans also include a 3,600-square-foot child development center for physical, speech and occupational therapy. The company expects to spend $700,000 on pediatric medical equipment for the clinic.

The Grove sits just south of Bluebonnet and Interstate 10 and has been the largest investment by the Ochsner Health System in Baton Rouge to date, totaling $116 million. The Grove has a 10-bed hospital and surgical center, but also primary care and specialties such as neurosurgery, physical therapy and an infusion center — and now competing in pediatric care.

Ochsner's pediatric center will have 38 exam rooms to meet demand for outpatient services, particularly for specialists that the health care provider has been recruiting for the clinic. It already has pediatric care at clinics in Iberville, Prairieville and Zachary.

"We're combining all our current pediatric and specialty services, then adding a few new ones and putting them all together under one roof on one floor," Eric McMillen, CEO of Ochsner Baton Rouge, said Tuesday. "Our goal is to conduct nearly 200,000 pediatric visits here at The Grove in the next five years."

The $230 million Our Lady of the Lake Children's hospital was spun out of OLOL's main hospital on Essen Lane into its own stand-alone facility in 2019, not far from Ochsner The Grove. The Lake facility later opened a $3.3 million surgical neonatal unit with pediatricians who are subspecialists on staff.

In July 2020, New Orleans-based Children’s Hospital opened a pediatrics specialty center at the Baton Rouge General campus on Bluebonnet Boulevard in space previously leased by Ochsner. That children's center has 24 exam rooms, two treatment rooms and a suite for echocardiograms. The Children's Hospital opened its first clinic in Baton Rouge after Hurricane Katrina in 2005, but has had patients in the region for decades. The health care system wanted to ease the driving burden for families seeking treatment. This year the hospital expects to do some outpatient surgeries by pediatric specialists and subspecialists. Specialties range from allergy and immunology to gastroenterology and neurosurgery, among others.

Ochsner hired The Lemoine Co. as its contractor and the architect is Grace Hebert Curtis Architects. Ochsner planned to build the pediatric center before the coronavirus pandemic began and expects to have ample space for social distancing once completed, officials said Tuesday.

New Orleans-based Ochsner Health System has been investing in the Baton Rouge market since it acquired the former Summit Hospital along Interstate 12 at O’Neal Lane in 2008 and established a network of clinics.

Ochsner sought to partner with the Baton Rouge General System, but the partnership that would have enabled joint operations of three hospitals and 31 clinics was abandoned in 2016. Ochsner’s top brass evaluated its presence in the Baton Rouge market when a lease inside Baton Rouge General Medical Center on Bluebonnet Boulevard wasn’t going to be extended and decided to spend $116 million to open the medical complex at The Grove nearby.

Ochsner has been expanding its Baton Rouge metro area footprint with urgent care centers near the intersection of Highland and Interstate 10 and another along Airline Highway in Gonzales. The health care system invested in two new health centers for primary care in south Baton Rouge at Bluebonnet and Burbank and another near La. 44 and La. 30 in Gonzales. Ochsner is also renovating a 5,000-square-foot office in Howell Place in north Baton Rouge this year for the Ochsner Community Health Brees Dream Center.

In the coming months, Ochsner Health System physicians will be delivering the majority of babies born in the Baton Rouge region through an acq…