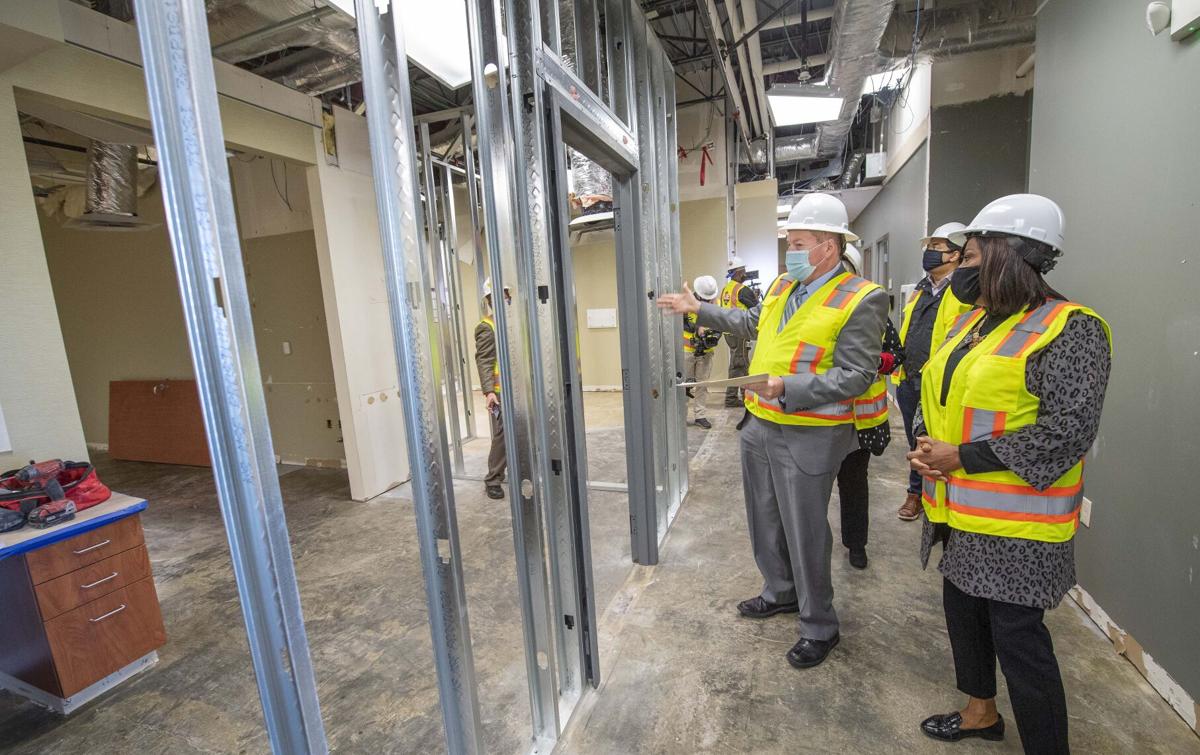 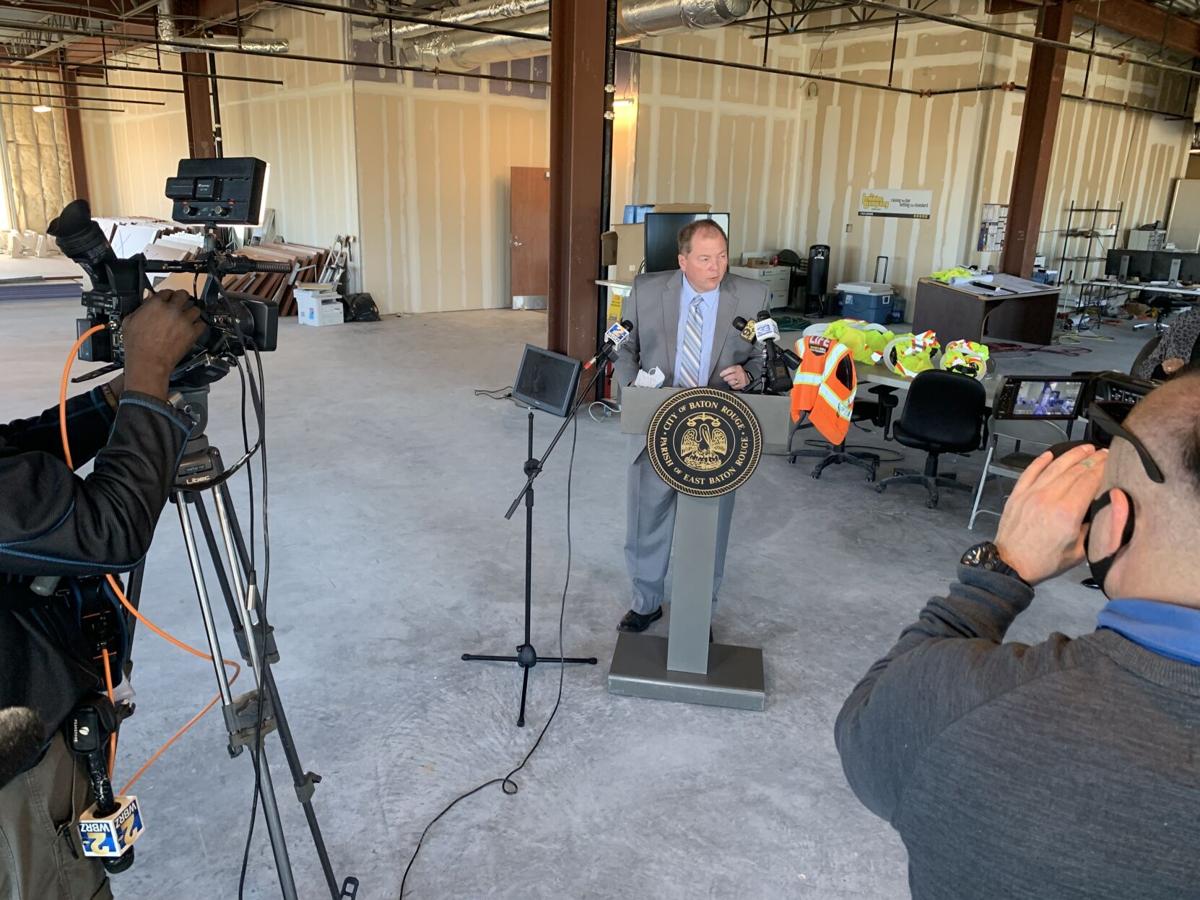 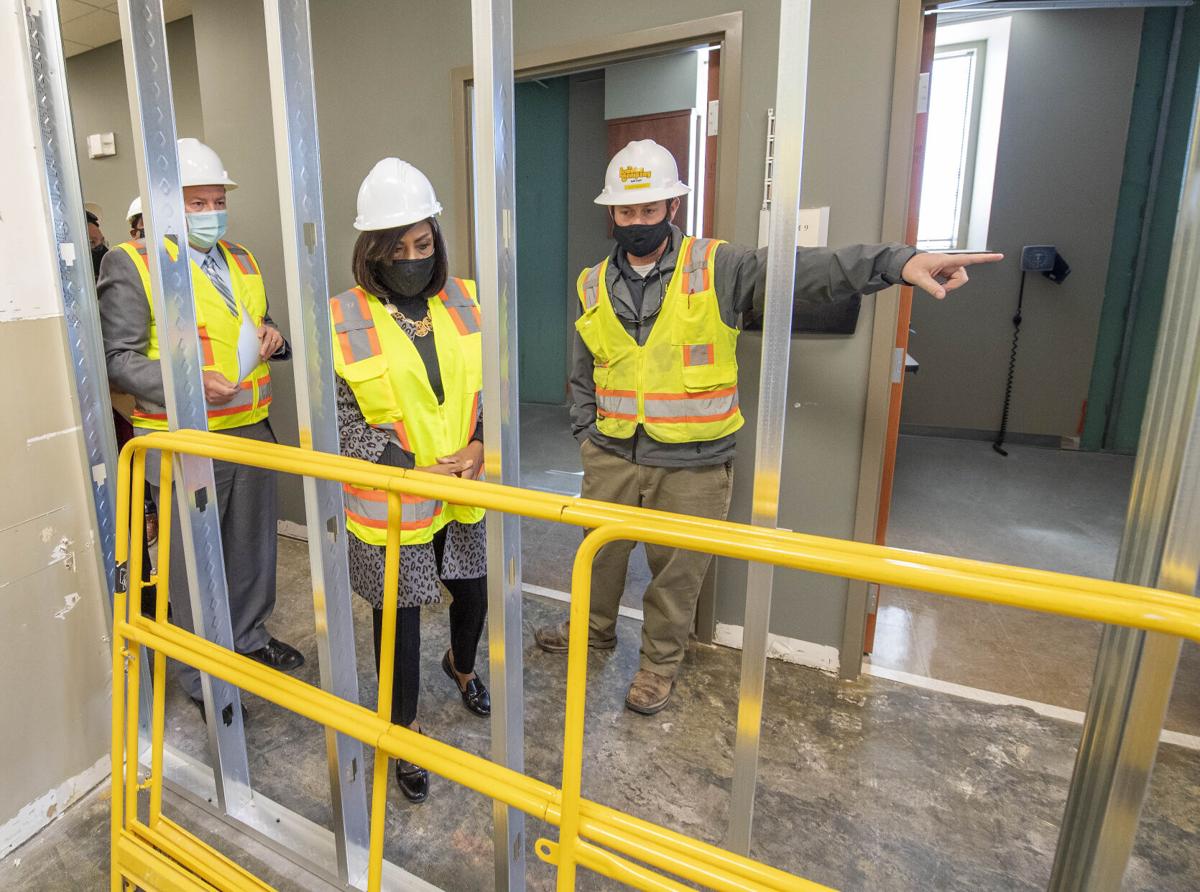 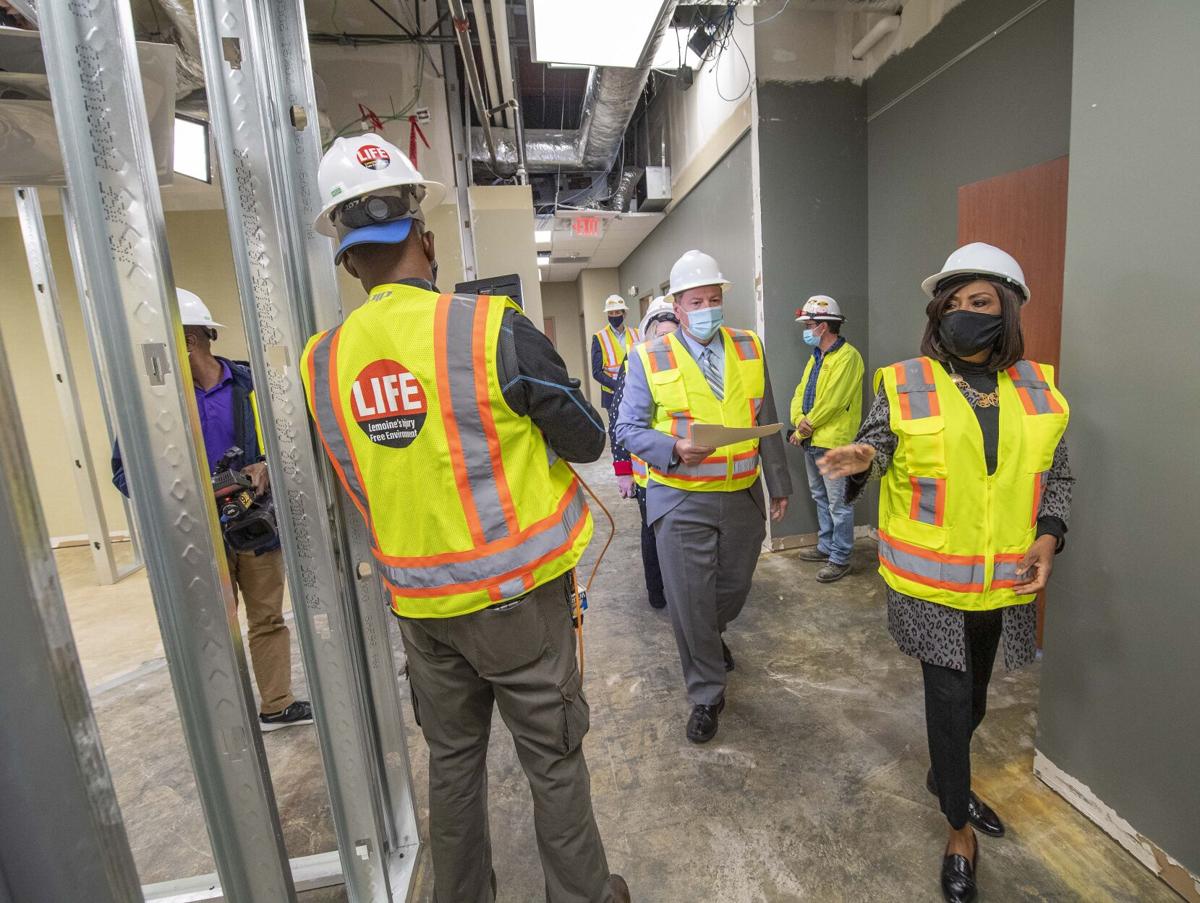 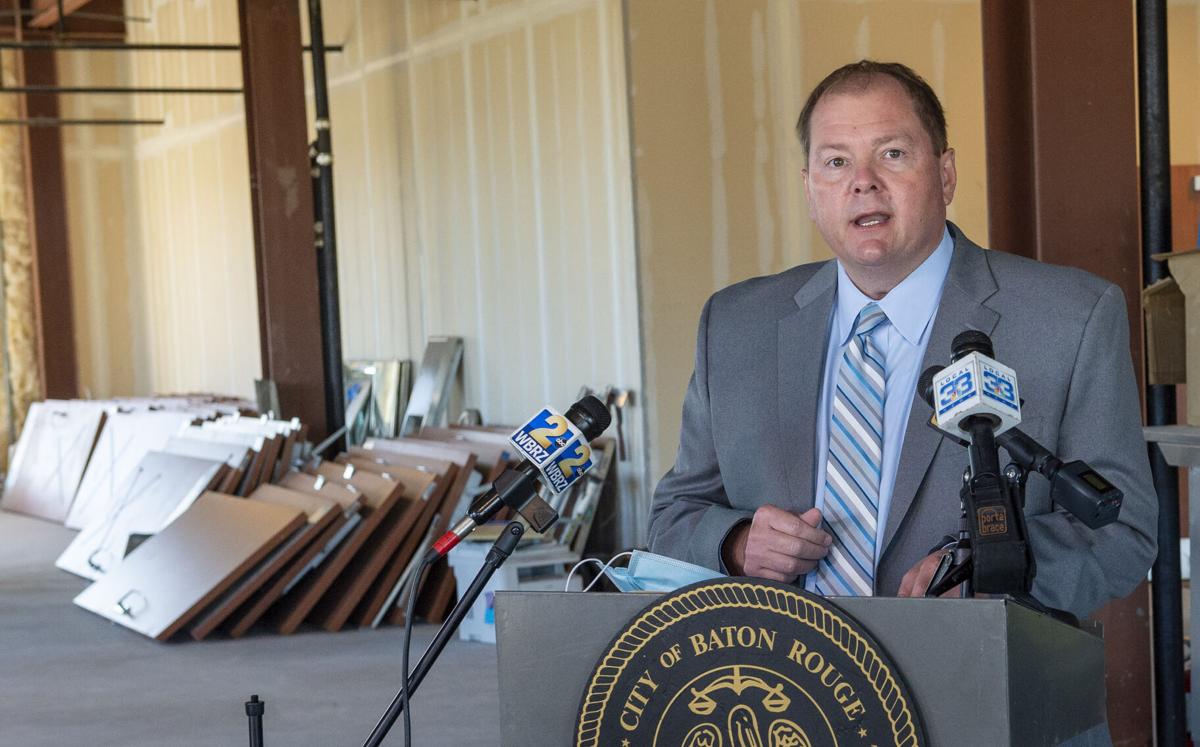 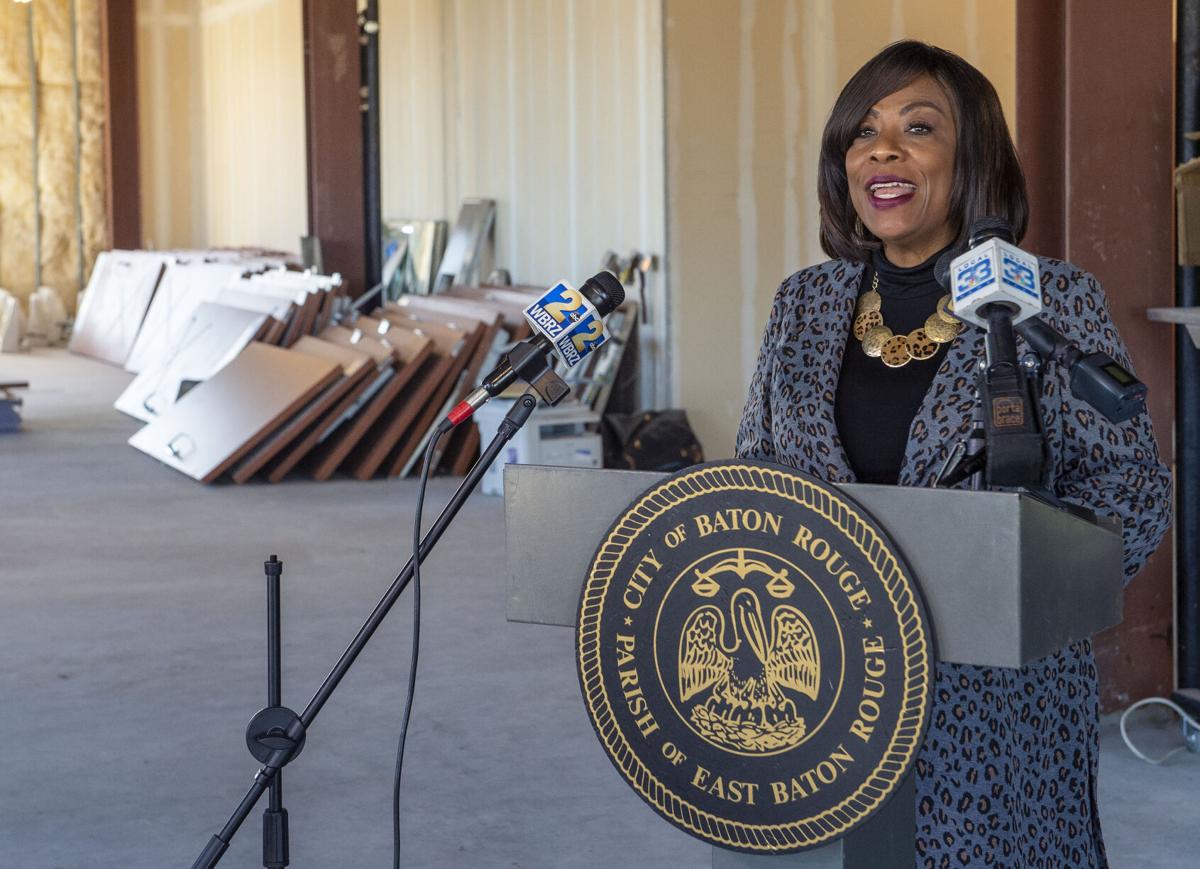 Residents in north Baton Rouge are one step closer to more access to a preventive mental and physical health center as construction crews working to renovate a former 76,000-square-foot medical center at Howell Place near the Baton Rouge Metropolitan Airport is expected to wrap up in 2021.

Medical transport vans zipped across the parking lot and patients visited the center on Monday as some of the tenants leasing space inside the New Era Medical Complex near Harding Boulevard and Interstate 110 have already moved in over the last several months.

New Era Companies, based in Grapevine, Texas, acquired the property and building for $7.2 million. Tenants are expected to invest several million more for renovations to retrofit the 15-year-old facility . The Howell Place hospital opened in 2005 and was operated by Cambridge Healthcare Management Inc. of Dallas as a 10-bed surgical hospital until 2012.

Mayor-president Sharon Weston Broome toured the construction Monday as crews worked to complete a new Ochsner clinic by the end of the first quarter. Broome described the investment as critical for the area, which has been underserved for medical care. Some of the tenants are subsidized through economic incentives approved by the Metro Council.

In 2013, LSU closed its Earl K. Long hospital along Airline Highway near Greenwell Street just east of Plank Road in north Baton Rouge. In 2015, Baton Rouge General closed its Mid-City campus emergency room, which was reopened this year during the coronavirus pandemic. In 2017, Champions Medical Center at Howell Place closed after struggling to obtain a subsidy from East Baton Rouge Parish and lack of eligibility to accept Medicaid patients alongside financial and legal issues at its Texas hospitals.

Ochsner Health System had operated Ochsner Health Center Harding, a primary care office at the Howell Place building, but it closed years ago .

“We can increase the number of individuals who are getting their flu shot each year, the number of health screenings and increase the chance of catching cancer and other diseases early and improve the quality of life for people with hypertension or diabetes with digital medicine programs,” said Christy Reeves, vice president for regional community affairs and government relations.

“When we are choosing locations we are trying to figure out where there is a gap in services when you look at the region and talking to municipalities about where they see the need as well,” Reeves said. “Primary care is always essential because you have to take care of the whole person before you bring in specialties and figure out what people need.”

Other tenants inside the New Era Medical Complex already serving customers are Capital Area Human Services and The Louisiana Center for Eyes.

The Metro Council approved a $1.4 million grant for Oceans' mental health facility at Howell Place in exchange for its investment and 85 new jobs. Oceans provides treatment for older adults and geriatric patients with acute and chronic psychiatric illnesses, and operates a local outpatient facility and a 20-bed inpatient facility, both off Florida Boulevard near Airline Highway.

Ochsner Baton Rouge is building out a new $6.8 million pediatric clinic that will occupy nearly a full floor of the Ochsner Medical Complex Th…