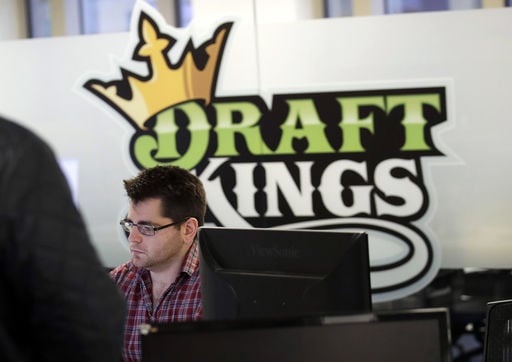 A staffer works at the Boston offices of DraftKings in January. The company became the first daily fantasy sports betting company allowed to do business in the state with approval Thursday by the Louisiana Gaming Control Board. 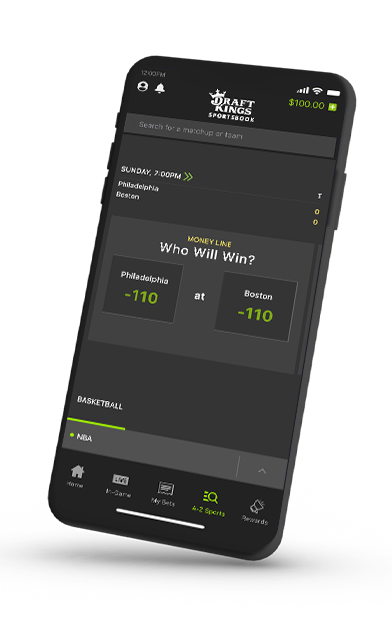 The Louisiana Gaming Control Board approved an application from DraftKings Thursday, making it the first daily fantasy sports betting company allowed to do business in the state.

A staffer works at the Boston offices of DraftKings in January. The company became the first daily fantasy sports betting company allowed to do business in the state with approval Thursday by the Louisiana Gaming Control Board.

The Louisiana Gaming Control Board approved an application from DraftKings Thursday, making it the first daily fantasy sports betting company allowed to do business in the state.

DraftKings became the first daily fantasy sports betting company allowed to do business in the state with approval Thursday by the Louisiana Gaming Control Board.

DraftKings officials said the company would be operating as soon as possible in Louisiana, hoping at the time to go live through its website and app as early as Thursday night. The board approved the company’s request for an operator’s license in a unanimous vote.

The company told Louisiana State Police gaming investigators it expects to generate $15.5 million in net revenue during its first year of operations. That would mean nearly $1.3 million in tax revenue for the state. Voters in 47 parishes, including all of metro New Orleans, Baton Rouge and Lafayette, approved fantasy sports betting in November 2018.

The Boston-based company was founded in 2013 and currently operates in 43 states.

DraftKings isn't expected to be the only daily fantasy sports company doing business in Louisiana for long. FanDuel, its main competitor, told the LSU Manship School News Service earlier this year it had submitted an application to the gaming board and hoped to enter the state in time for the start of football season.

Adam Candee, managing editor for Legal Sports Report, a Las Vegas publication that tracks sports wagering, said Louisiana should be a competitive market right out of the gate because of pent-up demand for daily fantasy sports. “Obviously, it’s been a long time coming since the law was passed,” he said.

Daily fantasy is a way for DraftKings and FanDuel to build up a customer base before sports betting starts in Louisiana later this year, Candee said.

While the application approved Thursday doesn’t call on DraftKings to have a physical presence in the state, DraftKings is expected to eventually operate sportsbooks in Louisiana. The company has branded sportsbooks wagering at 13 casinos, including Scarlet Pearl in D’Iberville, Mississippi. DraftKings also has a marketing agreement with Casino Queen, which plans to buy the Belle of Baton Rouge and Hollywood Casino Baton Rouge. That agreement already has led a riverboat casino in East St. Louis, Illinois, to be rebranded as DraftKings at Casino Queen.

FanDuel has the largest share of the online gambling market. The company has a strategic partnership with Boyd Gaming, the parent company of Treasure Chest Casino in Kenner, Evangeline Downs Racetrack & Casino in Opelousas, Amelia Belle Casino in Amelia, Delta Downs Racetrack Casino Hotel in Vinton and Sam’s Town Shreveport. Boyd has said it looks forward to introducing sportsbooks and mobile sports betting at all of its Louisiana casinos in conjunction with FanDuel.

While all of the state-licensed riverboat casinos, racinos and the Harrah’s land-based casino in New Orleans will be able to get in on the action, others have laid the groundwork to cash in as well — perhaps during the football season.

The Louisiana Lottery Corp. plans to have an online app and install up to 1,000 kiosks in bars and restaurants that serve alcohol. Nola.com and theadvocate.com, along with The Times-Picayune and The Advocate, will launch a new sports-betting website, ramp up sports coverage and create digital sports-betting shows. For nearly a year, sports talk station 104.5 ESPN has had a daily gambling show. TV station WBRZ started airing daily programming from VSiN, a Las Vegas-based sports betting network on its plus-channel.

NOLA.com, The Times-Picayune and The Advocate are excited to announce an expansion of our award-winning sports coverage this summer as Louisia…

The market for sports betting in Louisiana is estimated to be between $2 billion and $2.6 billion over the next 10 years, according to 888 Holdings, an online gaming company based in Gibraltar that also hopes to tap into the Louisiana market.

At DraftKings, people go to its website or app, pay a fee and create their own rosters online and to compete against other players elsewhere in a variety of professional sports. In addition to playing over an entire season, people can choose a slate of players for a single day of games in baseball or basketball or a weekend of games in football or a golf tournament.

During the first quarter, the company reported $312.3 million in total revenue, up from $113.4 million for the first three months of 2020.

Voters in November will decide whether to legalize fantasy sports gambling; here's how it would work

In the 1980s, baseball fans started mimicking team owners by gathering with friends to pick players from any active roster to create their own…

Will sports betting be ready for football season? 'That made me nervous,' lottery leader says

Now that sports betting bills passed by the Legislature have been signed into law, the first legal bets in Louisiana could be placed at the en…