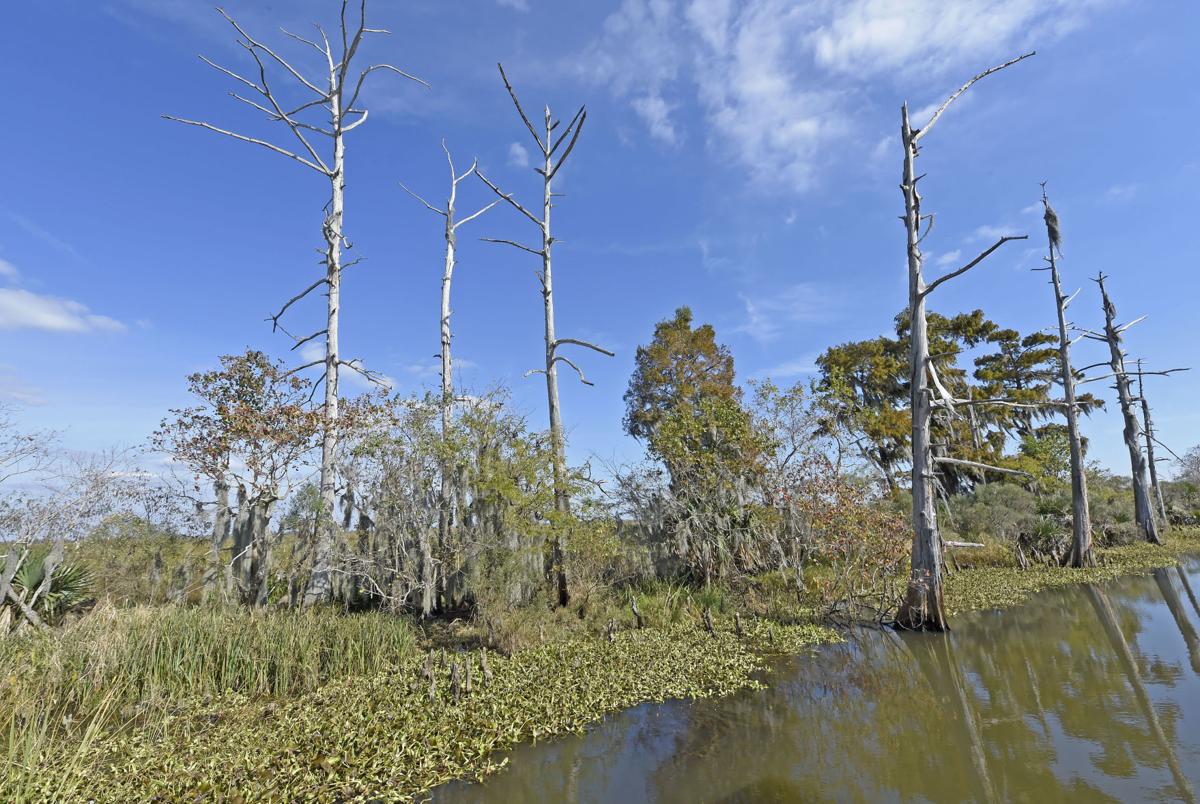 Air Products expects to capture 5 million tons each year of CO2 across several sites in Louisiana on state lands, including Lake Maurepas.

Air Products expects to capture 5 million tons each year of CO2 across several sites in Louisiana on state lands, including Lake Maurepas.

A Pennsylvania company plans to build a $4.5 billion clean energy facility in Ascension Parish that would be the state's first carbon capture project.

Air Products said it will open a blue hydrogen manufacturing complex near Burnside by 2026. Construction is expected to begin in 2022. The project would create 170 jobs with average salary of $93,000 plus benefits and support 2,000 construction jobs over a three year period. Air Products already has 18 facilities in conjunction with petrochemical companies and currently employs 300 workers statewide.

It would be among the largest carbon dioxide capture projects in the world. The company expects the complex will produce more than 750 million standard cubic feet per day of blue hydrogen.

The State Mineral and Energy Board approved the first two agreements that lay the groundwork for carbon capture in Louisiana on state lands.

The company plans to produce "blue hydrogen" which is created by extracting methane from natural gas. The carbon dioxide from that production process is captured and sent along a pipeline to a new site where it's stored about a mile underground in natural caverns. Customers would use blue hydrogen for generating electricity and powering vehicles. The product is considered to be cleaner burning as a fuel than oil or coal and storing the carbon produced by its manufacturing process reduces the greenhouse gases in the atmosphere to slow down the pace of climate change.

A portion of the blue hydrogen will be compressed and supplied to customers by Air Products' Gulf Coast hydrogen pipeline network. The network is the largest hydrogen pipeline system in the world, the company said, stretching more than 700 miles from Galveston Bay to New Orleans.

"You can decarbonize a lot of the chemical and steel plants along this vast part of the United States," Ghasemi said.

The remainder of the blue hydrogen will be used to make blue ammonia that will be transported around the world and converted back to blue hydrogen for transportation and other markets, the company said. The value of the export for this blue hydrogen would be higher than liquefied natural gas because of the carbon offset.

Sasol, the South African chemical giant that has a complex in Lake Charles, plans by 2030 to reduce its greenhouse gas emissions across its wo…

The company has already made a final investment decision to move forward with the project and has the money to make it happen.

"We're not waiting for any banks," he said.

Air Products was offered $5 million as a performance-based grant from the state to offset plant and pipeline construction costs. The company also looks to have up to 80% property tax abatement over a 10 year stretch, if approved by local taxing entities. It is also participating in the Quality Jobs Program, a cash rebate to companies up to 6% of payroll for no more than 10 years in addition to state sales and use tax rebates on capital expenditures.

About 95% of the carbon dioxide generated at the Burnside manufacturing site will be captured and transported through a pipeline to the carbon capture site 35 miles away.

The carbon dioxide captured and transported to state lands through the pipeline will then put under pressure, causing the gas to become a liquid. That liquid will then be injected deep underground using wells into rock formations such as under Lake Maurepas for storage.

Air Products would pay the state by the acre, which totals $6.1 million plus $1.50 per ton of carbon stored to the state which goes into the general fund.

Louisiana state leaders want to reduce net greenhouse gas emissions up to 50% by 2030 and hit 'net zero' by 2050. Carbon capture technology is a key facet of that plan.

The carbon capture part of the project would cost several hundred million dollars each and the cost to capture carbon per ton varies between $58 per ton and $232 per ton. The U.S. Department of Energy projected by 2030 carbon capture costs could drop to $30 per ton. There's a $50 per ton tax credit available through the federal government for carbon capture.

In Louisiana, 61% of the greenhouse gas emissions come from the industrial sector. So while other states may begin the decarbonization process tackling transportation or electricity the state is focusing on its petrochemical sector, according to the LSU Center for Energy Studies.

While consumer vehicles may transition to more electric power, the demand for liquid fuels for planes, trucks and ships is expected to continue to decades, said Greg Upton, associate research professor at LSU.

"The key here is those lifecycle carbon emissions. You could theoretically have a world where it is net carbon negative if you were to sequester enough carbon and have zero emitting fuel," Upton said.

Louisiana has attractive geologic formations underground caverns which are used for the carbon capture.

"This gives us a unique opportunity to be a hub," Upton said.

Those alternative fuels could be renewable such as hydrogen fueling stations at ports along the Mississippi River to support tugboats. The goal is to decarbonize the whole supply chain.

Governor John Bel Edwards said that there's more risk for the state not to move forward with carbon capture than there is to disrupt existing wetlands for injection wells.

"The science here we believe is sound," Edwards said. "We will make absolutely sure that the geologic formations are proper before this moves forward. I think the risk quite frankly is not doing projects of this type in terms of the economy because an energy transition is underway and we're powerless to stop it."

While the state of Louisiana already has the legal framework for carbon capture, there are efforts underway for more federal support.

U.S. Sen. Bill Cassidy, R-Baton Rouge, recently introduced a bill to promote carbon capture. The bill would offer low interest lows for carbon dioxide transportation projects, offer cost-sharing and federal support for commercial storage projects and increase funding to the Environmental Protection Agency to permit carbon capture wells. Grants would also be made to state and local governments to generate demand for products made from the carbon dioxide underground.

Louisiana is poised to be a carbon capture hub, but some climate leaders are worried about risks