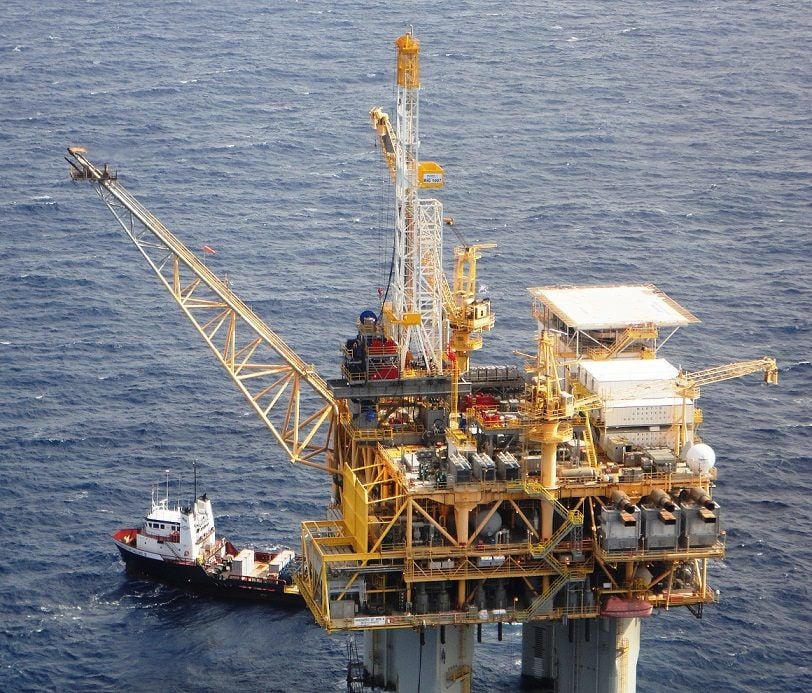 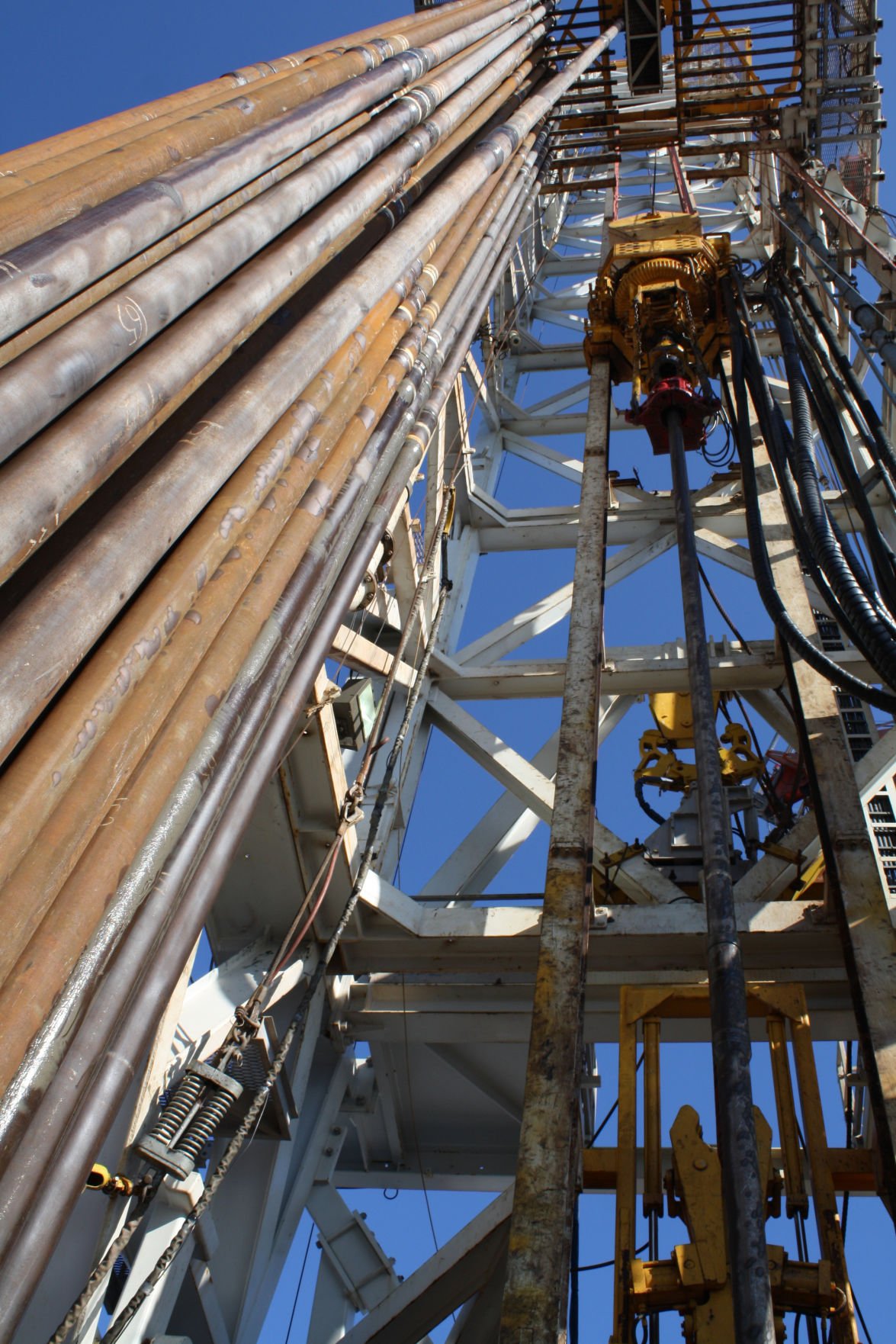 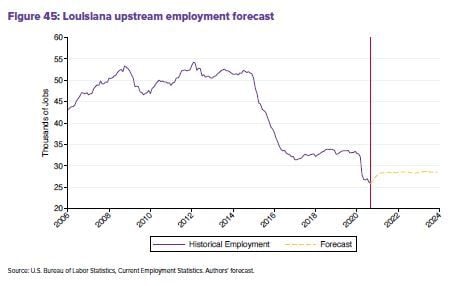 The Gulf Coast Energy Outlook is forecasting some recovery of the upstream oil and gas industry jobs in Louisiana previously lost due to the economic slowdown during the coronavirus pandemic but the job growth is modest. 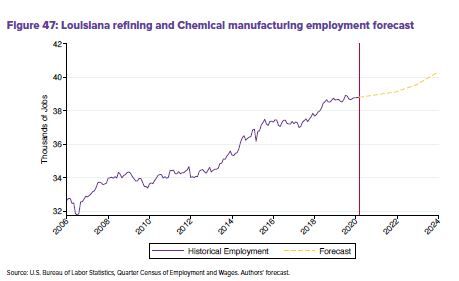 The Gulf Coast Energy Outlook is forecasting stronger recovery of petrochemical jobs in Louisiana previously lost due to the economic slowdown during the coronavirus pandemic.

The Gulf Coast Energy Outlook is forecasting some recovery of the upstream oil and gas industry jobs in Louisiana previously lost due to the economic slowdown during the coronavirus pandemic but the job growth is modest.

The Gulf Coast Energy Outlook is forecasting stronger recovery of petrochemical jobs in Louisiana previously lost due to the economic slowdown during the coronavirus pandemic.

Roughly 2,900 jobs in oil and natural gas production, oil refining and chemical manufacturing are expected to be added back in Louisiana by the end of 2021, but will still be short of employment levels seen before the pandemic began, according to the LSU Center for Energy Studies' annual report on the energy sector.

Corporations active in the energy industry, which includes oil and gas and petrochemicals, are under pressure by investors to curb or even eliminate major investments to preserve cash. Financing for aging fossil fuel infrastructure is more difficult to obtain while demand for oil and gas industry products remains much lower than before the public health crisis and related restrictions on the economy began about eight months ago.

That means the jobs outlook for oil and gas production is bleak. Also, some multibillion-dollar liquefied natural gas export terminals in Louisiana are less likely to be constructed because of contracted demand triggered by the global economic downturn.

The trajectory of the U.S. Gulf Coast energy industry relies on global demand, which has changed drastically and doesn't bode well for new investment in the state even if projects previously announced are not canceled or postponed, according to the annual "Gulf Coast Energy Outlook" compiled by co-authors David Dismukes and Greg Upton at the LSU Center for Energy Studies.

Among the top companies investing in petrochemical manufacturing sites, the average capital expenditure budgets were slashed by 25% this year. That means tens of billions less in available capital to invest in new or existing facilities in Louisiana. Exxon Mobil slashed its capital expenditures by 30% to $23 billion; Chevron by 20% to $16 billion; Royal Dutch Shell by 20% to $20 billion; Dow by 17% to $1.3 billion; ConocoPhillips by 11% to $5.9 billion; Lyondell Bassell Industries by 21% to $1.9 billion; Westlake Chemical Corp. by 22% to $525 million; and Eastman Chemical Co. by 28% to $325 million.

Shell's decision to shutter one of its Louisiana oil refineries, in Convent, was the most notable cutback. Formosa delayed construction on a $9.4 billion plastics plant in St. James Parish until a vaccine for coronavirus is distributed, but more recently the Army Corps of Engineers pulled a critical permit for review as it deals with concerns from community groups. Canadian methanol manufacturer Methanex Corp. is re-evaluating its proposed $1.4 billion plant in Ascension Parish. Meanwhile, sustainability agreements inside many institutional investment businesses are now restricting how much of a portfolio can be invested in fossil fuel infrastructure to avoid the addition of carbon dioxide to the atmosphere.

Last year's energy outlook report already projected slower growth in energy manufacturing and infrastructure as projects wrapped up after a decade of major investments and as international trade uncertainties took hold. The previous report estimated $25.2 billion in capital expenditures across the Gulf Coast, about $12.3 billion of which was tied to LNG and $12.9 billion for energy manufacturing. But the actual investment in 2020 was down by 21%, or $5.2 billion, compared to the forecast due to the coronavirus pandemic.

There was an estimated $182 billion in energy sector projects announced by companies before the global pandemic, about $116 billion of which was expected to be built in Louisiana between 2020 and 2029. Since then, a revised estimate is closer to only $104 billion along the Gulf Coast through 2029 as projects have not secured financing or were removed. In Louisiana, that means there's only $41.7 billion in the pipeline related to LNG and another $21.7 billion for other industrial projects through 2029.

"We were looking at a pretty weak environment as we moved into 2020. That had started before coronavirus began to kick in," said Dismukes, executive director for the LSU Center for Energy Studies.

For example, U.S. chemical manufacturers are expected to have surplus capacity through 2022 since production has been curtailed, but was already below capacity before the pandemic. Likewise, domestic demand for products from oil refineries has lagged and utilization rates across the U.S. hit 70%, which makes operations unprofitable. Refineries along the Gulf Coast had slightly higher utilization rates closer to 75% and up to 80% as of July, but that's still on the verge of unprofitability.

Last year, forecasters predicted that roughly one-third of the LNG projects announced would be canceled. Now about 50% of the projects aren't likely to happen. That's because the price for LNG in Japan, for example, is hovering close to how much it costs in the U.S., which is before the expense to cool and ship the product.

"The pandemic-related impacts are not over," Dismukes said, despite some normalcy in the market. "There's not going to be an equal distribution in this recovery, some sectors are going to take very long to return back to normal — think of travel and hospitality in particular, and production is going to be down."

By the end of 2021, Louisiana might recover 2,600 oil and gas production jobs lost between January and September this year. Texas is expected to add back 13,150 jobs by December 2021.

"This is driven by the current lull in capital expenditures that are expected to accelerate in the post-COVID-19 era as global demand is anticipated to return," according to the report.

But that doesn't mean that refineries and petrochemical companies didn't see job losses during the pandemic.

"When the COVID shutdown happened, the companies wanted to keep their core employees so what did they do … was laying off or not continuing a lot of the contractors," Upton said. "When you think about that industry, it definitely has been impacted by COVID … with those indirect (contractor) jobs."

Acadiana Business Today: Louisiana may have 'modest' oil and gas jobs growth by end of 2021

Sasol wraps up $12.8B petrochemical complex in Lake Charles

After several years of construction and weathering two hurricanes, South Africa-based energy and chemical company Sasol Ltd. has completed its…

The owner of the Ambassador Row Courtyards shopping center has sold part of the development.

A New Iberia company that specializes in painting aircraft will let go of 48 employees as the result of business lost during the COVID-19 pandemic.

Kalli Christ, executive director of Big Brothers Big Sisters of Acadiana, will be honored during the United Way of Acadiana’s Women Who Mean B…

This surprise bill will give Louisiana shoppers a state tax break; here's when it starts

In something akin to a secret Santa, Louisiana announced with little fanfare that consumers making purchases on Friday and Saturday won’t have…

The Louisiana Department of Wildlife and Fisheries took the first step this week in restoring public access at Lake Martin.

Hungry for a meal and great journalism? Get a free gift card with a new Acadiana Advocate subscription

Acadiana is one of the best places in America to eat. And it's also home to exceptional journalism.

It's the first increase in five weeks.

Acadiana Business Today: This surprise bill will give Louisiana shoppers a state tax break; here's when it starts