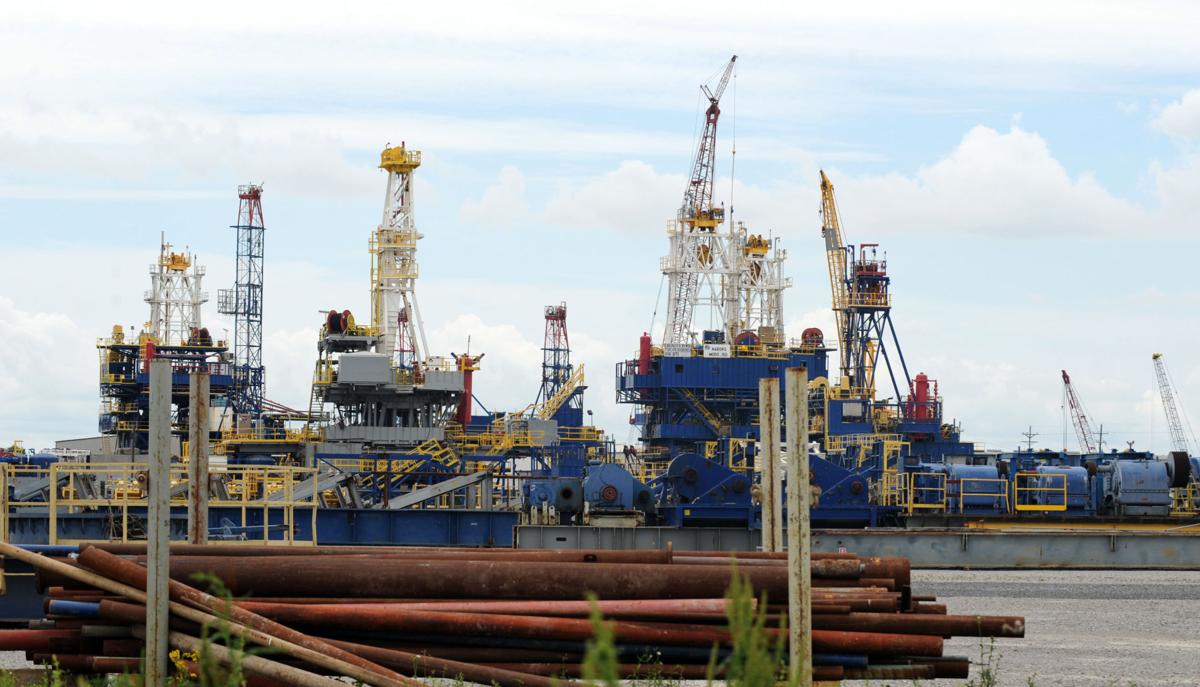 Drilling rigs stacked at the Port of Iberia in 2016. 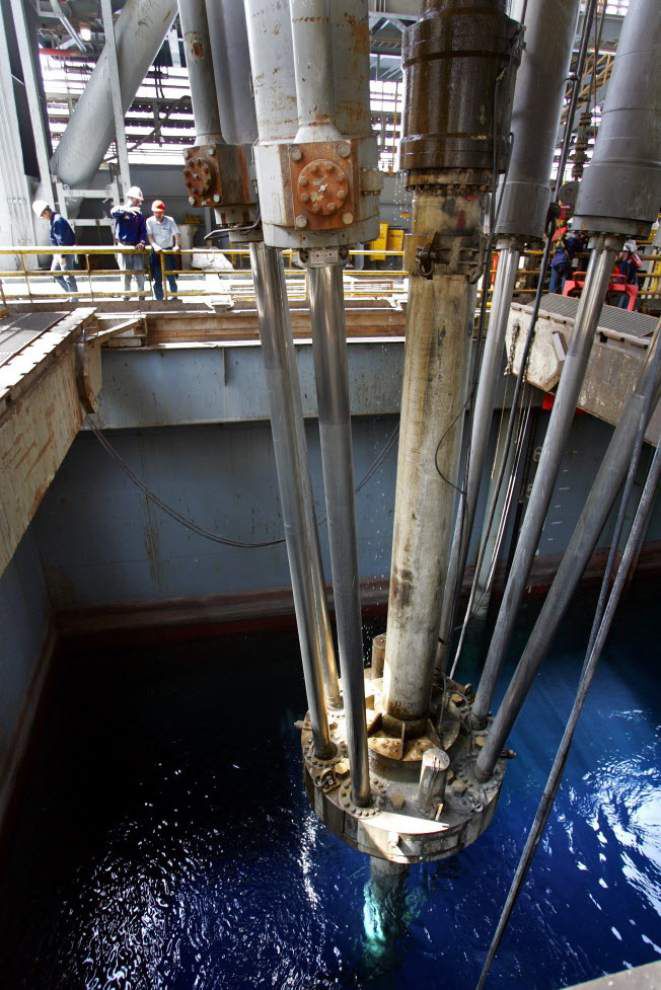 A drop to an average price in the $54 range for oil this year outlined in a U.S. Energy Information Administration report likely won’t spell doom for deepwater oil drillers, who are investing long term and have seen lower prices. It does mean benefits for petrochemical companies and refiners in Louisiana.

Drilling rigs stacked at the Port of Iberia in 2016.

A drop to an average price in the $54 range for oil this year outlined in a U.S. Energy Information Administration report likely won’t spell doom for deepwater oil drillers, who are investing long term and have seen lower prices. It does mean benefits for petrochemical companies and refiners in Louisiana.

The United States expects domestic oil production to reach new heights this year and next, and that prices — for both crude and gasoline — will be lower than they were in 2018.

Government forecasters also are sticking to their forecast that the United States — already the world's biggest oil producer — will become a net exporter of crude and petroleum products in 2020.

Most of the increase is expected to come from the Permian Basin in Texas and New Mexico, where production has been booming for several years as operators use hydraulic fracturing and other techniques to squeeze more oil and gas from shale formations.

The rising production in the Permian basin likely will continue to benefit Louisiana’s downstream sector, as petrochemical companies and refiners continue to source plentiful oil and natural gas from neighboring Texas, said David Dismukes, head of the LSU Center for Energy Studies.

Louisiana, with a major Citgo refinery in Lake Charles and other refiners' reliance on Venezuelan oil, is “disproportionately exposed” to sanc…

The flip side is that the attraction to cheaper, abundant drilling in the Permian Basin has detracted from onshore production in Louisiana in recent years. A rebound in prices from the deep slump that started in 2014 is generating a little more interest in the state's natural gas supplies in northwest Louisiana and potentially developing oil across the midsection of the state where shale formations are harder to drill than in Texas.

The shale boom has helped fuel billions of dollars in investment in Louisiana’s petrochemical sector, where companies are building large manufacturing complexes along the Mississippi River and near Lake Charles.

“People kind of forget about it now, but 4, 5, 6 years ago, people were questioning whether these were prudent investments,” Dismukes said. “As we’ve moved into this kind of revolution, that underscores this really was a good investment decision for the industry as a whole.”

Dismukes added the fact that the U.S. is becoming a net exporter of oil is a good sign for Louisiana's oil sector, which is an exporter of petroleum, especially refined products. Plus, the state's liquefied natural gas exporters will benefit, as they continue moving forward with multibillion-dollar LNG export facilities, especially in the Lake Charles region.

LSU researchers last fall cut their forecast for job growth in the oil and natural gas-producing sector in Louisiana, mainly because of geopolitical tensions and price uncertainties. Still, the LSU forecast was a “mixed bag” for Louisiana oil and gas, and projected job growth in both the production and downstream industrial sectors.

However, offshore oil producers have shifted to more efficient drilling projects that don’t require as much capital investment, he said. Dismukes noted the increased efficiencies mean not as many workers will be employed by offshore drillers.

"The U.S. energy industry continues to transform itself," said Linda Capuano, administrator of the agency, which is part of the Energy Department.

The 2020 price forecast is $3 a barrel lower than the agency had previously predicted. Capuano said strong growth in oil production worldwide would push prices lower.

That should produce nationwide average gasoline prices of $2.47 a gallon this year and $2.56 next year, down from $2.73 in 2018, according to the agency's short-term energy outlook.

Oil prices tumbled in the last three months of 2018 on forecasts that global economic growth will weaken and hurt demand at the same time that production is surging in the U.S.

Concern about oversupply led OPEC and its allies, including Russia, to agree in December to limit output during the first half of 2019. On Tuesday, OPEC reported that its member nations sharply reduced production in January.

The price of natural gas, an important fuel in power generation and home heating and source of fuel and feedstocks for many chemical plants, is expected to rise 4 percent through 2020.

Louisiana gas production rebounds to 2012 figures as drillers return to Haynesville; here's why

Louisiana’s natural gas production has quietly rebounded to its highest point since 2012, as drillers return to north Louisiana with billions …