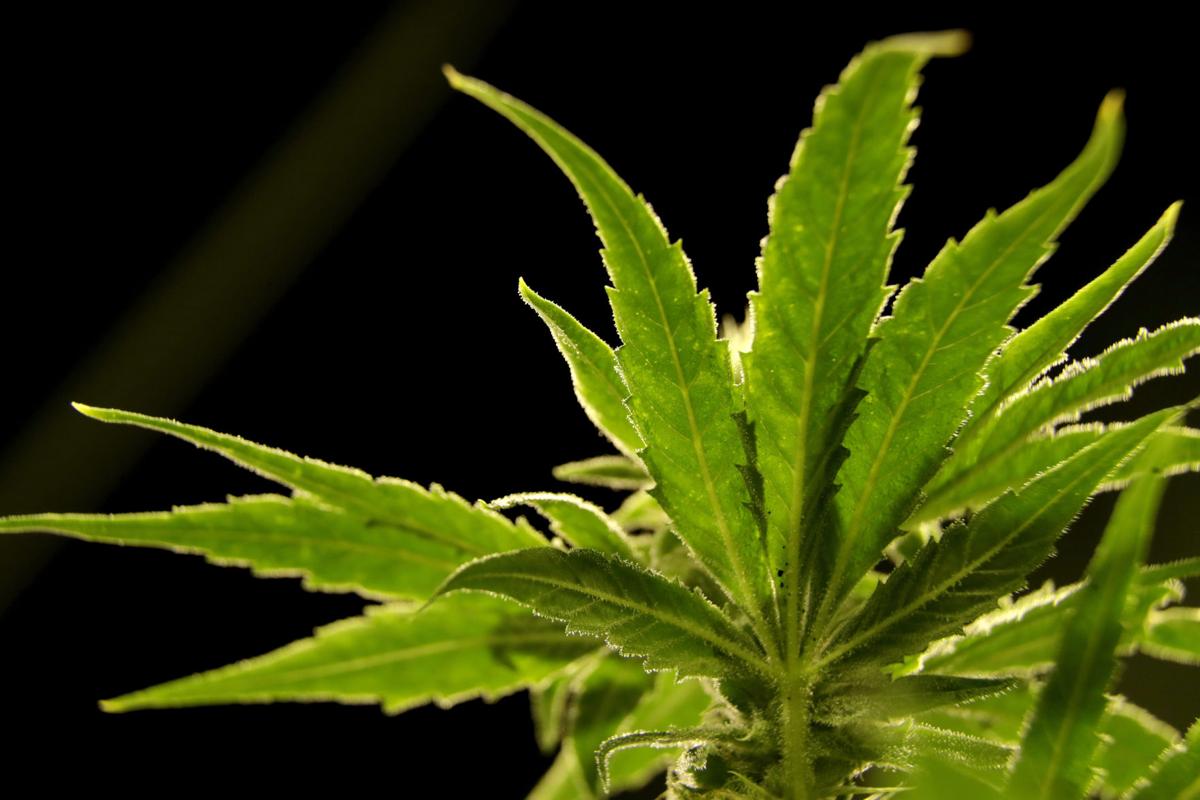 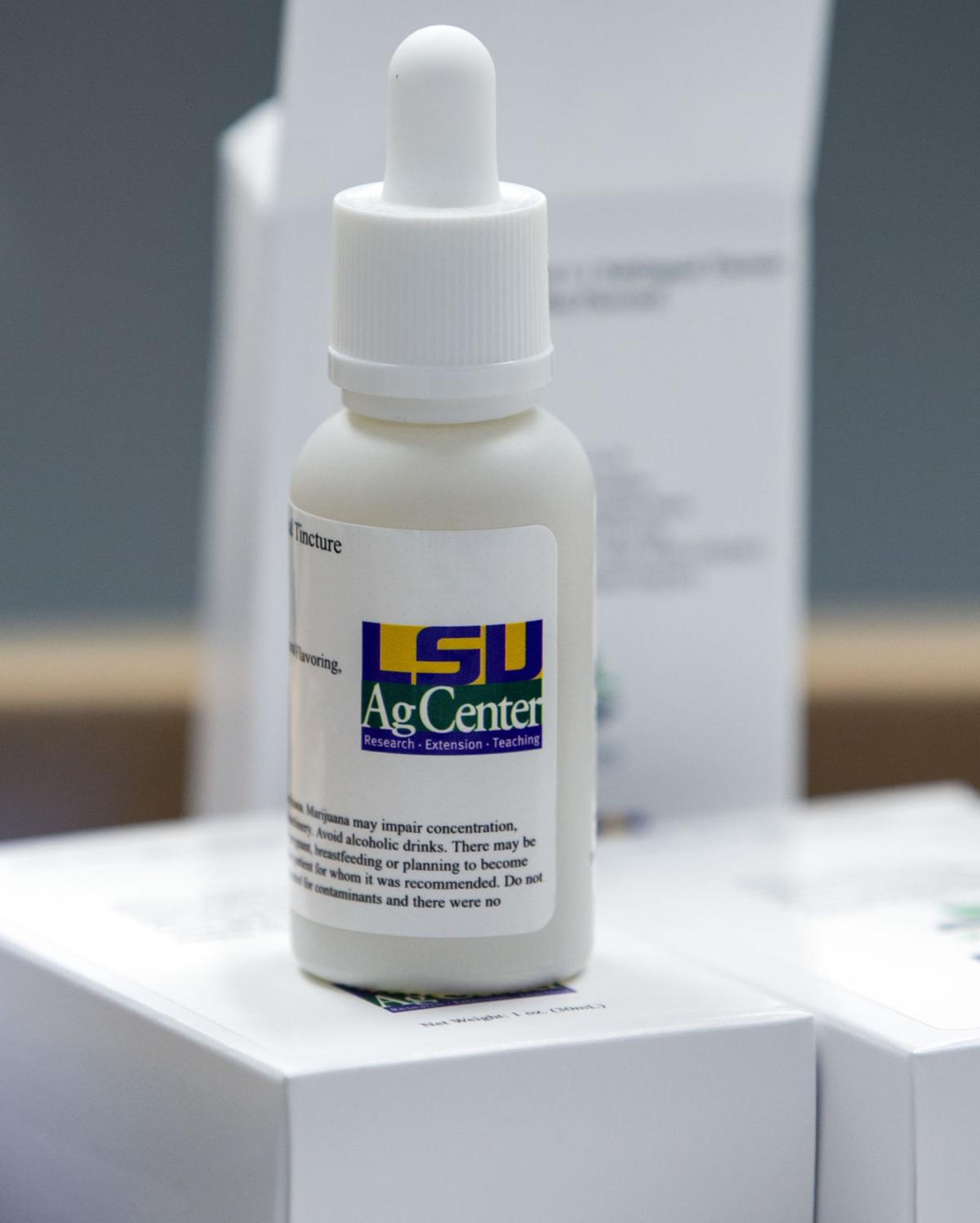 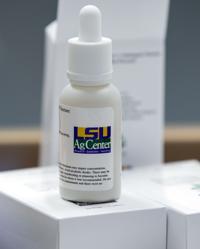 Medical marijuana  is available in Louisiana in the form of a liquid tincture, with the LSU AgCenter holding one of two state licenses to produce it. The other is Southern University, and both have contracted with companies to grow, process and manufacture medical marijuana in the state. Product from Southern isn't expected until 2020.

Medical marijuana  is available in Louisiana in the form of a liquid tincture, with the LSU AgCenter holding one of two state licenses to produce it. The other is Southern University, and both have contracted with companies to grow, process and manufacture medical marijuana in the state. Product from Southern isn't expected until 2020.

Now that medical marijuana is available to patients in Louisiana, employers in the industrial sector face a potential balancing act between workplace safety and workers' disability rights.

They might also face the challenge in the workplace of differentiating between the medically approved marijuana being used and recreational marijuana that by law is illegal.

The issue was brought to the forefront of a recent panel discussion held at the Pelican Chapter Associated Builders and Contractors in Baton Rouge for its members — many of whom contract with petrochemical facilities across the U.S. Gulf Coast to provide workers and services inside industrial plants.

Louisiana's medical marijuana program, which got started earlier this year, allows patients suffering from a limited list of illnesses, ranging from cancer to intractable pain, to obtain a "recommendation" from a doctor to receive the drug sold only as a tincture at nine state-approved pharmacies around Louisiana.

The Americans with Disability Act is a federal law prohibiting discrimination against those with disabilities on the job and in the public sphere. Louisiana disability law does not carve out medical marijuana use as protected at this time, but it may happen in the coming years, panelists said.

In the meantime, employers should apply processes already on the books for disabilities to address legal medical marijuana use, said Brian Coody, attorney at Stockwell Sievert Title LLC in Lake Charles.

“What the courts are going to want you to do as an employer is have that interactive process (about disability accommodation) just like you would with any other disability or health problem …. Nothing has really changed,” Coody said.

Employers should consider underlying abilities to determine whether employees can continue to perform essential functions of the job, even while taking medicinal marijuana, and consult with plant medical directors about options to do testing.

For example, if a worker is using medical marijuana to treat severe muscle spasms in the legs, it's not the treatment which is the issue but the disability itself, he said.

"Well that means you cannot (safely) climb a ladder," Lee said. "It's about being fit for duty with a proper evaluation. Talk to your (workplace) doctor."

"A lot of chemical companies feel an ethical responsibility not only to protect their workers but also the community," Lee said about why a crane operator working on-site would be tested for medical marijuana despite its legalization in Louisiana.

For example, the state-approved tincture bottles range in price from roughly $100 to $300 a bottle, and aren't covered by insurance. Coody said some patients might balk at the out-of-pocket price and instead buy cheap marijuana on the street, thinking their doctor's recommendation for medical marijuana will protect them in the workplace.

But there's a big difference between the tincture extract and street marijuana. If taken as directed, medical marijuana treats medical conditions but doesn't impair the employee's ability to perform routine tasks.

"You document it with a timeline, the symptom that you're noting and the time you note it. If it's concurrent with the accident, then you have proof," he said. "The reason you want the timeline is so some trial lawyer down the road who claims you just did that after the fact, you got a positive test result because you wanted to fire him in the first place."

Transportation jobs such as the trucking industry and railroads are still governed under federal law so any medical marijuana is still illegal for workers in those roles.

“The problem comes when you’re testing someone who doesn’t perform that type of job or isn’t in a safety conscious position, you need to address that in the employee handbook," Coody said.

Medical marijuana in the workplace has not been tested in the Louisiana court system but if rulings in other states are any indication courts are likely to side with employers.

In 2012, a California judge ruled that the Americans with Disabilities Act does not include protections for medical marijuana users because the ADA defines illegal drug use by federal — not state — law.

About a dozen petrochemical companies active in Louisiana did not respond to requests or declined comment about workplace policies and testing regarding medical marijuana.

However, Pulsar Informatics, a company that helps businesses measure alertness to manage workplace risk, has a testimonial on its website that shows how at least one company determines whether an employee is fit for duty.

The testimonial from an executive at ExxonMobil in Houston discusses how ExxonMobil Medical, the health care arm inside the company, uses a 10-minute psychomotor vigilance test, which is a screening for alertness deficits at refining and petrochemical plants. The mobile app was created by Pulsar Informatics. ExxonMobil could not confirm whether the testing is used in its Louisiana facilities.

Many petrochemical plants outsource medical services for expertise in testing for various types of drugs, which can parse out the difference between illicit substances and prescription medications. The fit for duty test is suggested as a tool for medical marijuana users, said Lee, of Prime Occupational Medicine.

Lee has been the medical director of the Baton Rouge-based company for 25 years and has worked as a consultant for government agencies and for major corporations. Prime Occupational Medicine sells medical exam services, random drug screening programs, telemedicine, vaccinations, offshore services, preventive screening and on-site medical care for industrial clients. The company has offices in Baton Rouge, Port Allen, Sulphur, Chalmette, Lafayette and Reserve in Louisiana. It also has operations in Texas, including in Beaumont and Baytown.

Some multistate employers in Louisiana may be in a special bind if an employee who is consuming medical marijuana legally in Louisiana cannot continue to do so on a job site in another state where it is not legal, such as Oklahoma. With Louisiana slugging through a lull in industrial construction and contractors looking elsewhere to keep employees active, the issue potentially could hurt the bottom line of businesses.

Understanding the hurdles for medical marijuana startups in Louisiana

After two decades in the industry, a local family of crawfish farmers will open a boiled seafood restaurant in Youngsville next year.

Medical marijuana in the workplace: Striking a balance between safety, disability rights

Now that medical marijuana is available to patients in Louisiana, employers in the industrial sector face a potential balancing act between wo…

Cajun Commander Cafe, the locally owned restaurant on the University of Louisiana at Lafayette's campus, will close its doors Wednesday.

Cagan Management Group, which owns five apartment complexes in Lafayette, sold one of its properties to California investors for $4.65 million…

Who's drilling where in Louisiana? Here are the well permits filed for Dec. 7-14