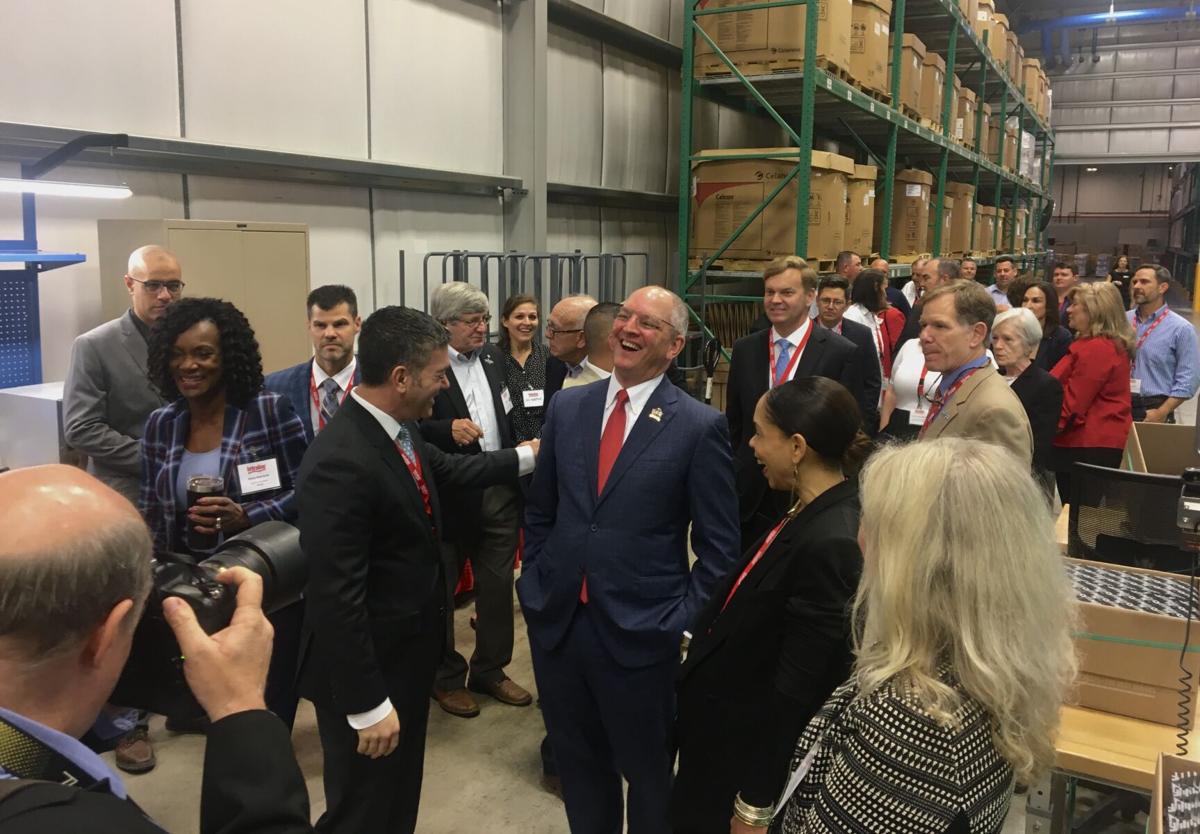 Louisiana Gov. John Bel Edwards with Intralox executives and Tangipahoa Parish officials on Thursday at a ceremony announcing a $60 million expansion of the company's Hammond facility. 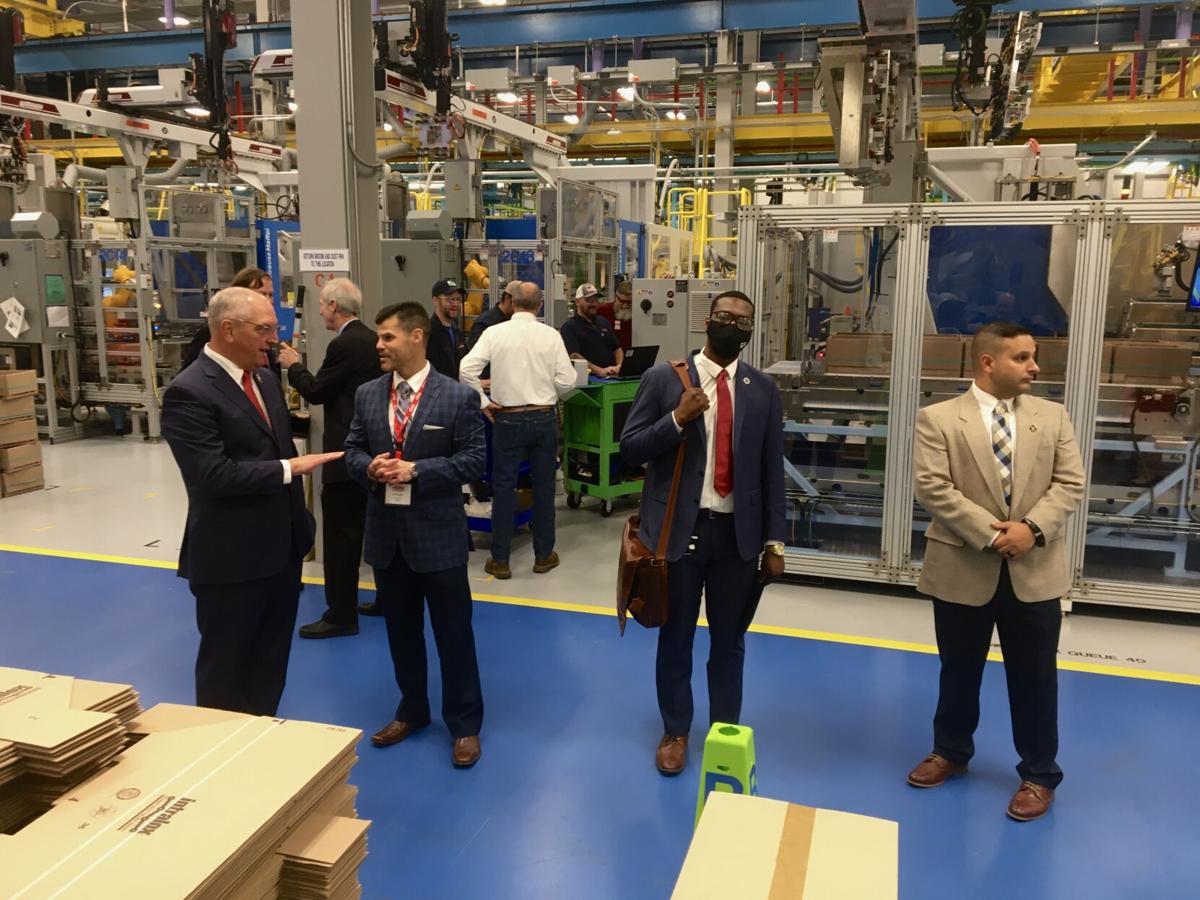 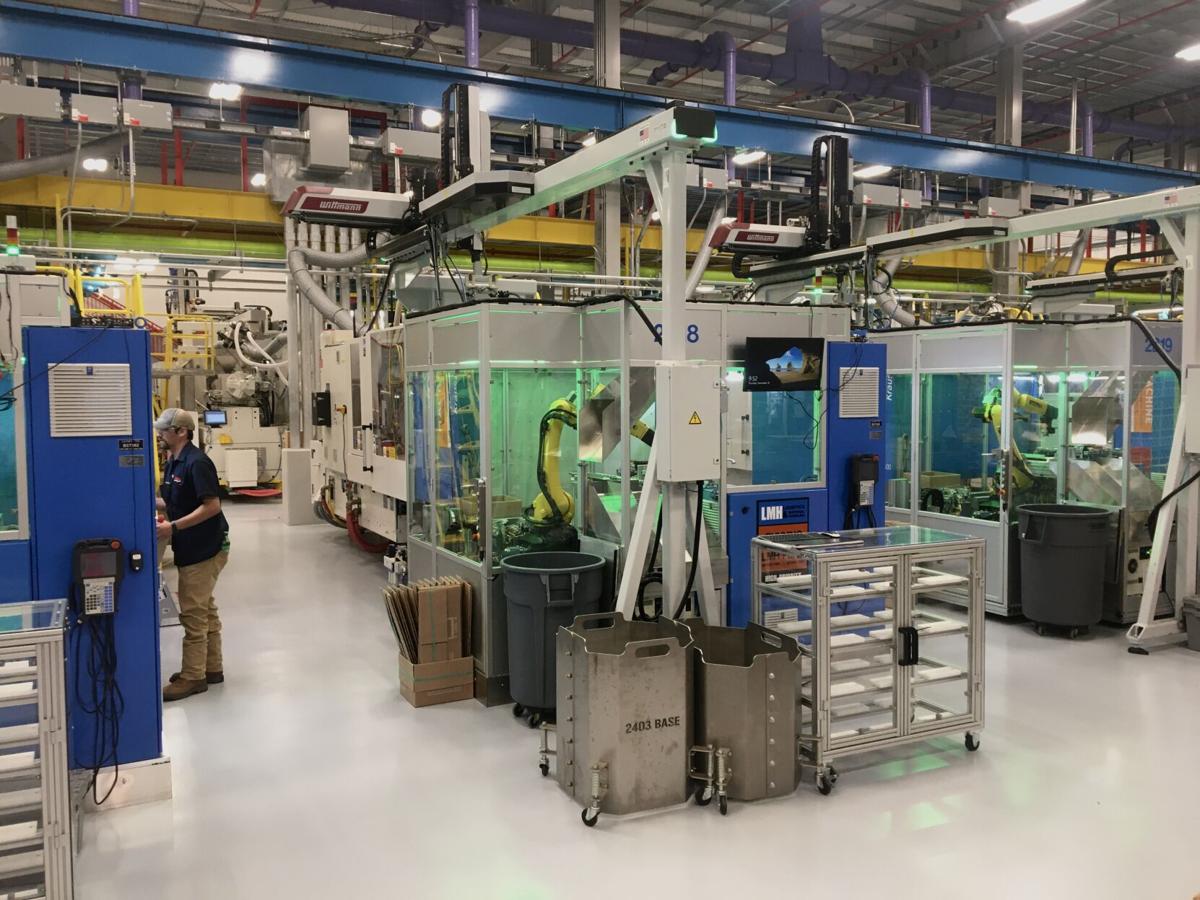 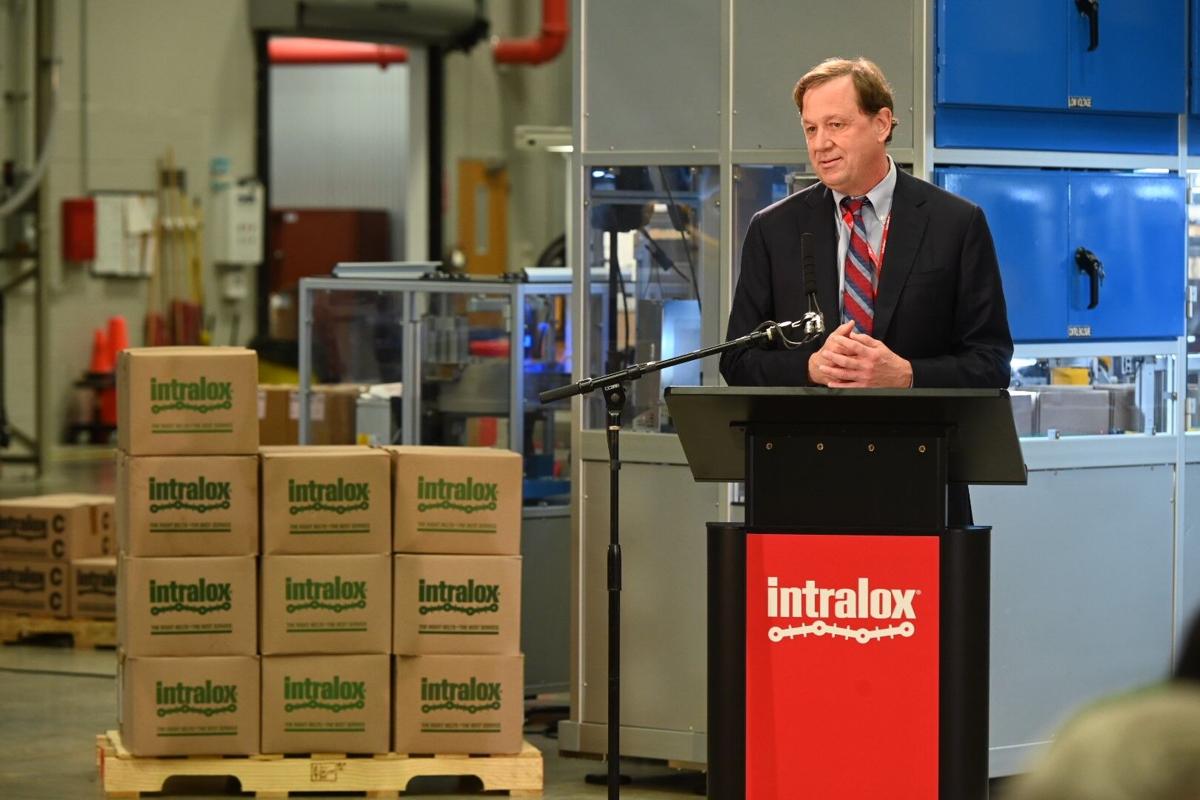 Gov. John Bel Edwards on Thursday celebrated hundreds of new jobs that will soon arrive in his home parish where a manufacturing company with an already large presence is poised to grow even more.

Intralox, the Jefferson Parish-headquartered maker of conveyor belts used by companies like FedEx and Amazon, will add 425 jobs to staff a new assembly facility at its Hammond manufacturing plant, more than doubling the number of people employed at the site.

The $60 million expansion will help the company meet rising demand for its products from e-commerce giants, whose business is up even as COVID-19-related global supply chain snags persist.

On Thursday, parish and state leaders also hailed it as a win for the local economy of Edwards’ native Tangipahoa Parish.

“I’m just as pleased as I can be,” the governor told reporters, officials and company executives gathered for the announcement. “This is a sign of confidence in Louisiana and in Tangipahoa Parish.”

It’s the Hammond plant’s third expansion since 2017. Intralox grew the plant’s molding operation that year and then added an automated warehouse at the site in 2019.

The expansion announced Thursday, which was also Intralox’s 50th anniversary, is set to be completed by 2022. It will bring the Hammond plant’s footprint to 400,00 square feet and will grow its output of conveyor belts by 50%, the company said.

Those belts are shipped to food, e-commerce and industrial customers around the world.

Since e-commerce — short for electronic commerce — exploded at the start of the pandemic, demand for Intralox’s belts has soared, too. A package from Amazon will likely have touched three of Intralox’s conveyor belts by the time it reaches a customer’s doorstep, company spokesman Brandon Campo said.

Louisiana’s insurer of last resort expects nearly half a billion dollars in losses as a result of property damage from Hurricane Ida, though i…

Intralox CEO Edel Blanks said the company considered locations around the world before deciding on Hammond in 2013.

The growth in the city of 20,000 since then is a sign of a strong relationship between the firm and the parish, said Tangipahoa Parish president Robby Miller.

“If you look at what we did in 2017, you’ve gone from 38 to nearly 638 jobs,” he said. “It’s happened because of relationships and partnership, and we’re thankful for that.”

Edwards has praised the productivity of Louisiana’s manufacturing workforce in the past, and called Intralox's expansion an indicator that companies are taking note.

Manufacturing jobs make up about 7% of Louisiana’s workforce but account for 20% — about $50 billion — of the state’s gross output each year, Edwards said Thursday. He also planned to travel to Southwest Louisiana that afternoon to break ground on a new rice mill in Jefferson Davis Parish.

He said the economic development announcements a welcome break from briefing the public on COVID-19 and impacts of Hurricane Ida.

After the announcement, he strolled around the expansive, well-lit facility with aides and company executives. Workers assembled parts and robots hummed away. The place, Edwards said, felt “sort of space-age.”

Before the tour, Edwards used Thursday’s press conference to urge Louisianans to get vaccinated against COVID-19 if they haven’t already — and to get booster shots, which the state government on Wednesday made available to all vaccinated adults.

Entergy owes up to $4.4 billion for storm repairs. Here’s what it means for customers.

Entergy Louisiana owes up to $4.4 billion for getting the lights back on after a string of storms and needs a $1 billion loan to meet those co…

Louisiana ranks 35th in the U.S. in overall cost effectiveness and highway conditions but finished in the bottom tier of most key indicators, …