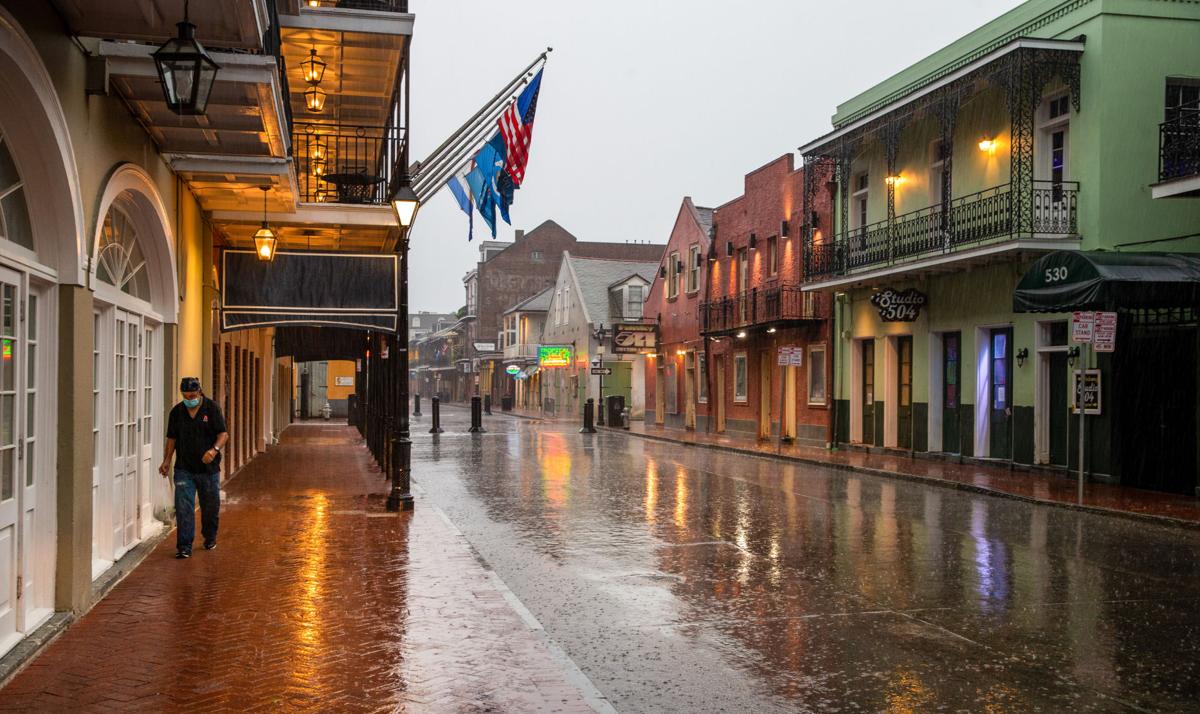 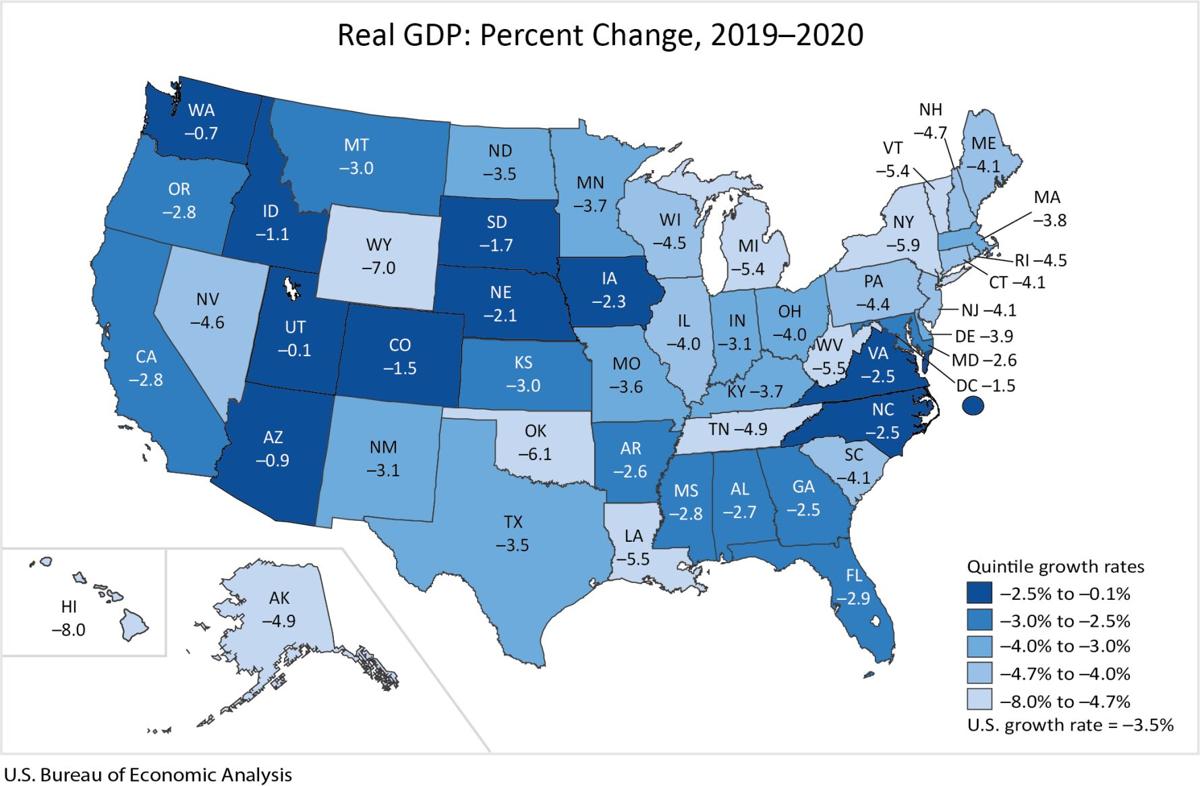 Real GDP declined across the nation during 2020 as the coronavirus pandemic shut down the global economy.

Real GDP declined across the nation during 2020 as the coronavirus pandemic shut down the global economy.

Gross domestic product in Louisiana dropped 5.5% during 2020 compared to 2019, which was worse than the national average for the pandemic-stricken economy.

The inflation-adjusted value of all goods and services produced in the country last year declined on average by 3.5%, according to data released Friday by the federal Bureau of Economic Analysis.

Minor gains in gross domestic product in Louisiana during the fourth quarter wasn't enough to pull it out of the economic recession.

Annualized GDP by fourth-quarter was $248 billion in Louisiana, down from $259 billion during fourth-quarter 2019. There was a slight uptick in GDP between the third and fourth quarter last year, a 3% increase driven by recovery of the health care and social assistance sector, which saw a less than 1% gain.

Nevada, which is similarly reliant on casinos and tourism and has tracked Louisiana, saw its GDP decline by 4.6% in 2020.

In Louisiana, farming, forestry and fishing, utilities and management of companies grew by less than 1% during 2020 compared to the year before.

Most industries contracted. Health care and social assistance GDP dropped the most, 1.23% between 2019 and 2020. Declining by less than 1% over the year were oil and gas extraction; construction; durable and nondurable goods manufacturing; wholesale and retail trade; transportation and warehousing; information; finance and insurance; real estate; professional scientific and technical services; educational services; arts and entertainment; accommodation and food services; other services; government; and administrative support.