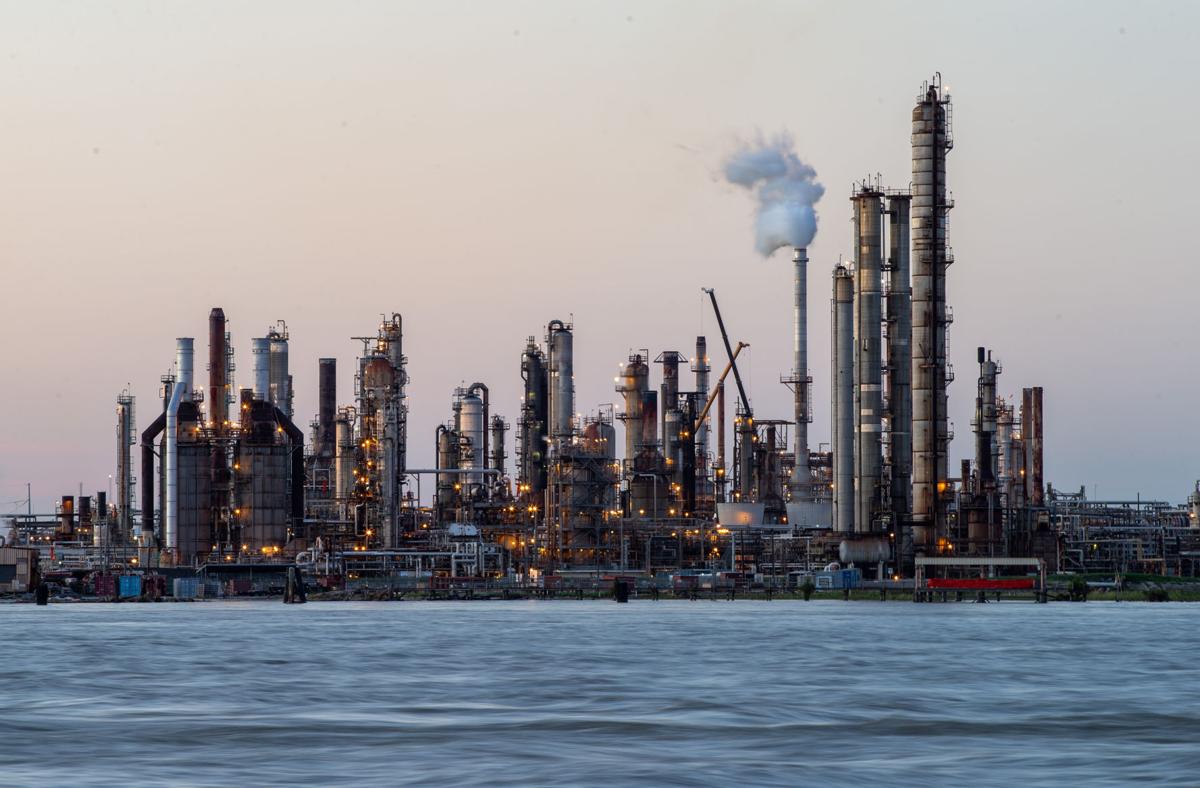 For the first time in St. James Parish, all three governments that have a say in lucrative property tax exemptions for new industrial projects have fully rejected the state exemption for a major manufacturer.

Sheriff Willy Martin Jr. capped off the trifecta earlier this month when he rejected his share of up to $24 million in local tax breaks over two five-year terms for the Linde hydrogen plant.

The $247 million plant, under construction at the Shell oil refinery near Convent, is expected to bring 15 permanent jobs and 62 indirect jobs.

"I just think that they got a sweet deal, a little too sweet for my tasting," Martin said.

Martin's decision followed similar rejections from the parish School Board and Parish Council, which, like the sheriff, have been empowered to weigh in on requests under the longstanding Industrial Tax Exemption Program.

The parish's rejections are expected to come up later this month before a state board that oversees the program, but such state oversight remains the rare case since Gov. John Bel Edwards, under pressure from critics of ITEP, decided to give local governments a say in the process that had long been only in the state's hands.

Since the start of 2017 when new rules took shape, ITEP exemption requests have been fully rejected just four other times by all three taxing authorities empowered to vote in a parish. All four have been in St. Bernard Parish, according to state figures.

In January, all three St. Bernard taxing authorities rejected multi-million dollar exemptions for a $108 million investment into the old Chalmette oil refinery and another $15 million investment to upgrade the Rain CII Carbon facility, which converts waste petroleum coke into material for aluminum smelting.

Not counted in the state's tally are two ExxonMobil exemption requests worth $2.9 million in East Baton Rouge Parish, which the oil giant withdrew in January 2019 after the parish School Board rejected them, state economic development officials said.

Don Pierson, state economic development secretary, said the vast majority of ITEP requests are approved under the new rules, which give locals a vote, new upfront tax collections on 20% of the new industrial investment, and more accountability for jobs promises.

"The Industrial Tax Exemption Program attracts investments that are contributing to our state through better infrastructure, more jobs and increased economic output," Pierson said. "Those outcomes make us more competitive as a state, and local communities share in that success."

Since 2017, some 157 requests have been approved, state figures say. ExxonMobil has had other exemptions approved in East and West Baton Rouge parishes since the rejections by the East Baton Rouge Parish School Board, state officials added.

Somewhat more common than full denials are partial rejections: 27 since 2017.

In late 2019, the St. John the Baptist Parish School Board and the Parish Council rejected requests from the Marathon Petroleum oil refinery in Garyville and the Nalco Company to exempt $33 million in combined investment. The sheriff, however, authorized them. Both projects had already been completed by the time the tax breaks were up for review.

The state Board of Commerce and Industry later overturned the Parish Council's rejections over a procedural failure that the companies appealed, but the School Board's decision remains, state minutes say.

Broderick Bagert, a spokesman for Together Louisiana, said looking only at the number of exemption rejections misses a substantive change that has happened quietly in ITEP as a result of the new scrutiny.

Based on the nonprofit group's research of top taxpayers, Bagert asserted, companies aren't seeking some exemption requests that they might have earlier pursued because they know they won't withstand public scrutiny. As a result, more value is going on the tax rolls, he said.

The group has been critical of ITEP's generosity and had advocated for giving locals a say as one check on the program.

Before Edwards changed the rules, companies could get 100% exemptions for five years with an option for a five-year renewal that was almost always granted by the state. Under the latest version of the new Edwards rules, companies get exemptions on 80% on the new investment value for up to 10 years. Local governments get taxes on 20% of the new value, but local taxing agencies also have a vote.

Under the deal St. James officials rejected, the taxing jurisdictions still would have split $6 million in revenue over 10 years even after Linde's $24 million in breaks. Instead the local governments will split the full $30 million if the decisions withstand any possible appeal to the state Board of Commerce and Industry.

As St. John and St. Bernard do, St. James Parish counts on big industries for its tax base and for direct and indirect employment, but the significant loss of new revenue that the Linde exemption presented, even under the 80/20 split, gave officials pause amid increased constituent interest in the program.

St. James Parish President Pete Dufresne and Parish Council members said that while they welcome new industry, they had also heard from residents who want officials to balance benefits and impact, not simply be a "rubberstamp."

The two parish council members who moved and seconded the unanimous resolution to deny the exemptions, Ryan Louque and Jason Amato, have spent their careers working in industry.

"This is gonna be a hard one for me because industry pays my bills, but I gotta take that hat off when I sit right here for my constituents," Louque said before moving to deny the tax break.

These officials also expressed disappointment the state wouldn't provide more cost-benefit data that might have informed their decision, while a parish analysis that looked at the cost of Linde's exemptions per job — $1.6 million per job — appeared to factor in the decision-making.

The decisions in St. James to deny also came after state officials said ITEP rules wouldn't allow a compromise parish plan that would have offered Linde tax breaks worth $21 million and given parish governments an additional $3 million in combined revenue over 10 years.

After talks that included a Zoom meeting with Edwards, parish officials and their legal adviser concluded they were required to cast up-or-down votes on the state's standard 80/20 offer. The "no" votes followed.

A similar frustration was aired in St. Bernard Parish in January when exemption requests filed for PBF Logistics LP, the current owner of the Chalmette refinery, and Rain CII Carbon were considered.

St. Bernard School Board member Joseph "Joe" V. Long told company officials in a Jan. 28 meeting that he had to keep the needs of the system's students and teachers in mind and couldn't agree to giving up that much new revenue.

School Board President Diana Dysart added in a later interview that, before the board vote, she asked several times whether the board could offer a sliding scale or some other kind of reduced exemption but was told that the board had to cast a "yes" or "no" vote on the 80/20 split.

"We were hoping that there was some compromise to say, 'OK, well, we realize you're important and we want to be good business partners, or good partners with you,' but it was either all or nothing," Dysart said Sunday.

Gov. John Bel Edwards’ administration plans to let manufacturers appeal to a state board if they are rejected by local officials for tax break…

Asked if the state should consider negotiated deals to allow local compromises, Jerry N. Jones, chairman of the state Board of Commerce and Industry, said the 80/20 split is that compromise.

"In my mind, that was the middle ground compared to where we were before," Jones said.

Gary Perilloux, spokesman for the state Department of Economic Development, said Linde may still have the option of seeking what's known as a payment in lieu of taxes agreement, or a PILOT. The alternative to ITEP allows industries and local governments to negotiate their own tax payments.

PILOTs have been used for years across the state, but a constitutional amendment on the ballot Nov. 3 would ease their use for industrial facilities, especially existing ones.

Local governments would still have to vote publicly on the agreements. The idea has drawn opposition from critics of industry.

Steve Nosacka, the St. James Parish economic development consultant, said the idea of a PILOT had not come up as parish officials discussed Linde's exemptions. Linde officials declined to comment previously and did not return a recent email for comment.

Dysart said St. Bernard officials haven't talked about a PILOT for PBF Logistics or Rain CII since their "no" votes.