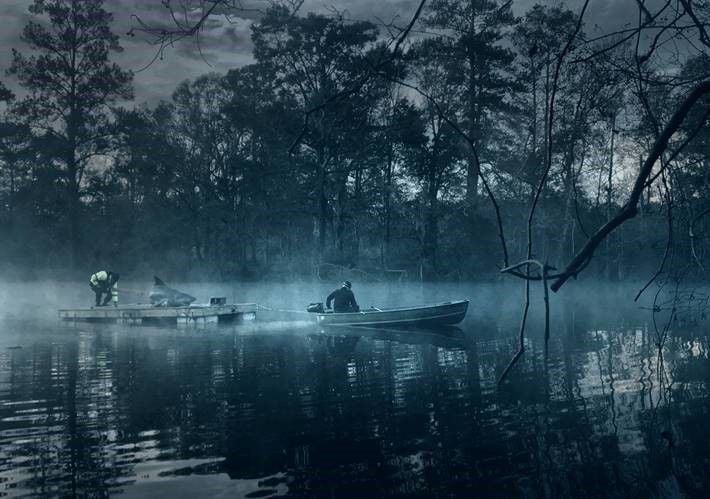 A still is shown from "Ozark Sharks," a Syfy TV movie that VFX Producer Sam Claitor and VFX Supervisor Kolby Kember of Crafty Apes did visual effects work on. While shooting on movies and TV programs has been temporarily halted worldwide because of the coronavirus pandemic, the Baton Rouge office of Crafty Apes is staying busy and coming up with solutions to allow for filming even with social distancing rules in place. 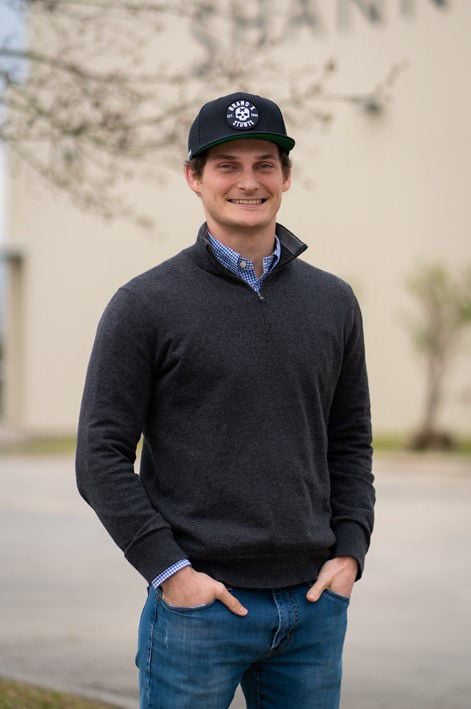 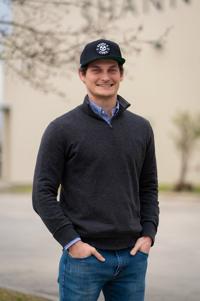 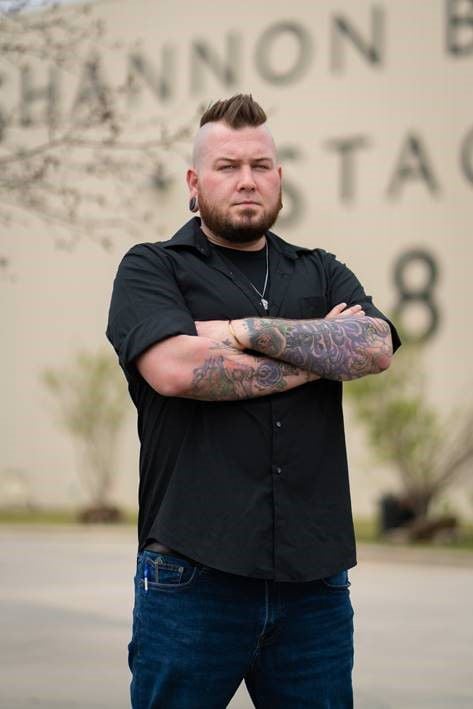 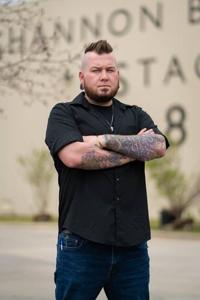 A still is shown from "Ozark Sharks," a Syfy TV movie that VFX Producer Sam Claitor and VFX Supervisor Kolby Kember of Crafty Apes did visual effects work on. While shooting on movies and TV programs has been temporarily halted worldwide because of the coronavirus pandemic, the Baton Rouge office of Crafty Apes is staying busy and coming up with solutions to allow for filming even with social distancing rules in place.

While shooting movies and TV programs has been temporarily halted worldwide because of the coronavirus pandemic, a visual effects company with offices in Baton Rouge is staying busy and coming up with solutions to allow for filming even with social distancing rules in place.

Crafty Apes, which opened its Baton Rouge office in January, is looking at things such as crowd duplication, which uses computer effects to create the illusion of large groups of people watching an event, and using technology to merge multiple takes of a scene, to make it look like multiple actors and actresses are in a shot.

One of the things that Crafty Apes is most excited about is the concept of “virtual productions” in which actors are filmed in front of LED video walls that display moving 3D backgrounds. This fusion of filming and video game technology was used in the much-buzzed about Disney+ series “The Mandalorian."

“It looks like you’re driving through or flying over a landscape,” Claitor said. “This would allow you to film on a soundstage in Baton Rouge and have it look like Iceland, for example.”

Kolby Kember, VFX supervisor for Crafty Apes, said the images on the LED screens are tied to the motion of the camera. It’s a high-tech version of techniques used in filmmaking decades ago, when a car would be placed on a treadmill and a painted backdrop would roll in the background to create the illusion of movement.

“We’re evolving back to the old-school methods,” he said.

Kember has shot-test footage locally using a virtual production and has talked to several productions about using the method once shooting resumes.

Crafty Apes opened its Baton Rouge office in January in the Celtic Media Centre. The firm, which was founded in Los Angeles and has offices in Atlanta; New York; Vancouver, British Columbia; and Albuquerque, New Mexico, has worked on movies and TV shows such as “Stranger Things," “Jumanji: The Next Level,” “Westworld” and “Watchmen."

The Baton Rouge office was just getting established when the coronavirus pandemic hit, forcing the six employees to work from their homes. It took a few days to set up the system to allow employees to work from home, which was made more challenging because of the sensitive nature of the visual effects Crafty Apes does.

“We had to make sure IT verified what our home workplace looked like,” Claitor said. “We couldn’t have monitors next to open windows. They had to be in closed rooms with limited access.”

In some cases, though not on any of the projects the Baton Rouge office was working on, the Crafty Apes employees had a camera on them the whole time they worked.

The employees have been busy working from home during the pandemic. Even though filming on movies or TV shows wasn’t going on, there was still a need to create visual effects to merge with footage already shot. Productions were scrambling for ways to use digital effects and characters to make up for things they weren’t able to shoot before the shutdown.

Not only that, because so many people were staying at home and binging on streaming platforms such as Netflix, Hulu and Amazon, those companies were scooping up TV shows and movies that were stuck in postproduction because the money wasn’t there to complete them. So Crafty Apes employees were getting extra projects now that the streaming services were bringing those projects back.

“We’re looking to do hiring,” Claitor said. The pandemic has made it difficult to train new hires, so that has slowed the process. “We’re trying to grow to 10 people right now.” Crafty Apes would like to boost its Baton Rouge workforce to 20 or 30 people in the near future.

Movie and TV filming is taking the first steps toward resuming in the aftermath of the pandemic. There are active discussions going on between production teams, unions and film offices, Claitor said. While there are no clear paths set for picking up productions again, the discussions involve having small groups of workers and keeping people separated by social distancing.

“There are several projects waiting to get the green light from the state film commission,” he said. “We’re talking to several productions, and they’re ready to shoot as soon as it is safe.”