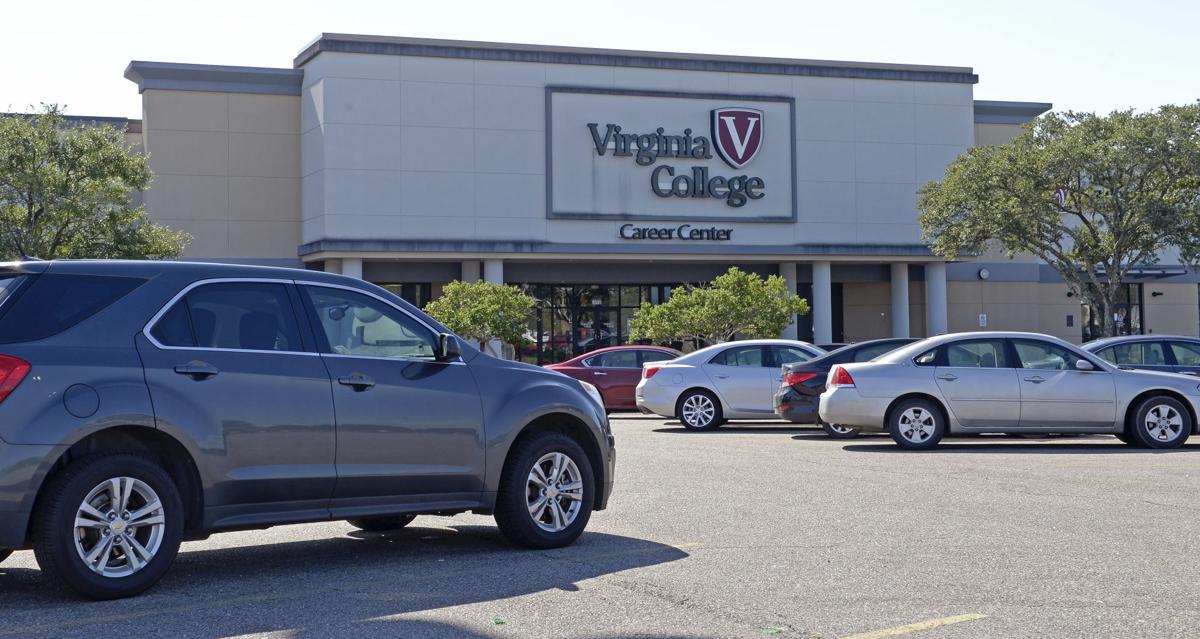 Virginia College at Cortana Mall is among more than 75 campuses being closed within two weeks by Education Corporation of America. The Baton Rouge campus had been scheduled to close in July 2019. 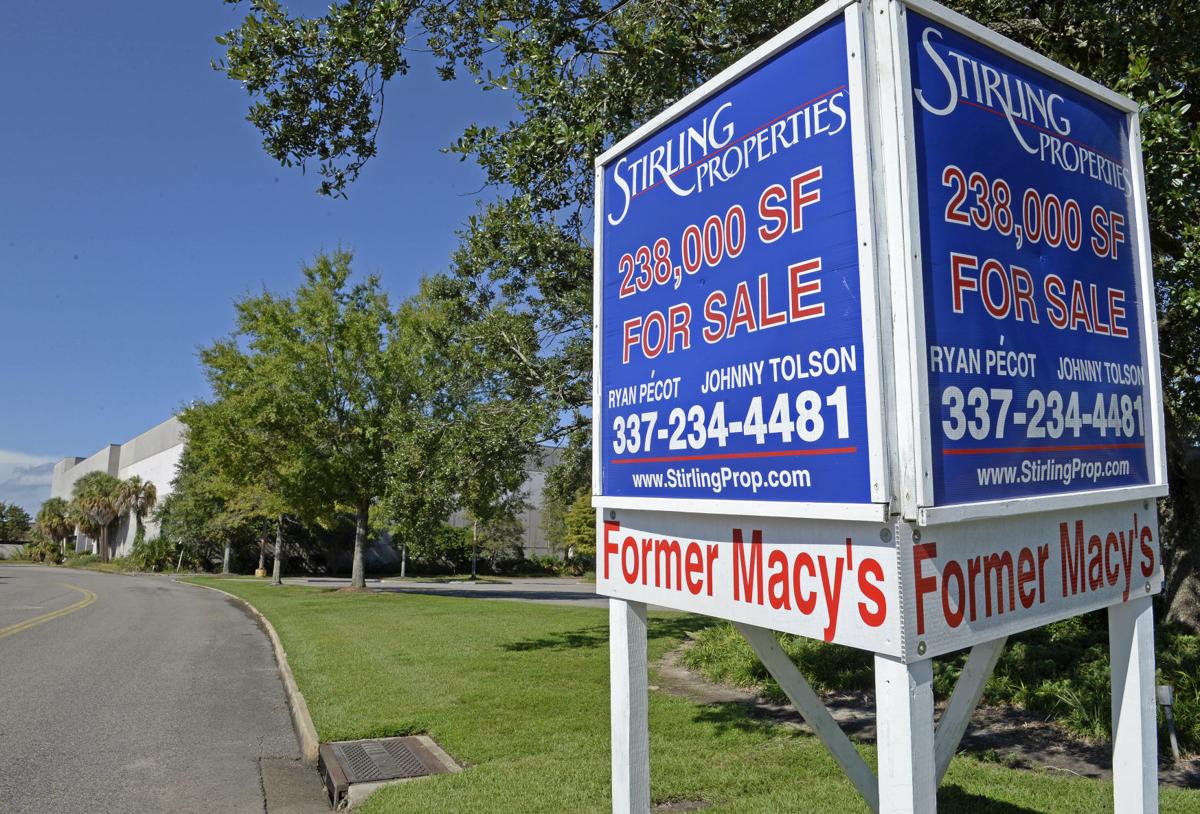 A sign touting the former Macy's building for sale at Cortana Mall reflects the loss of major department stores at the shopping center in recent years. 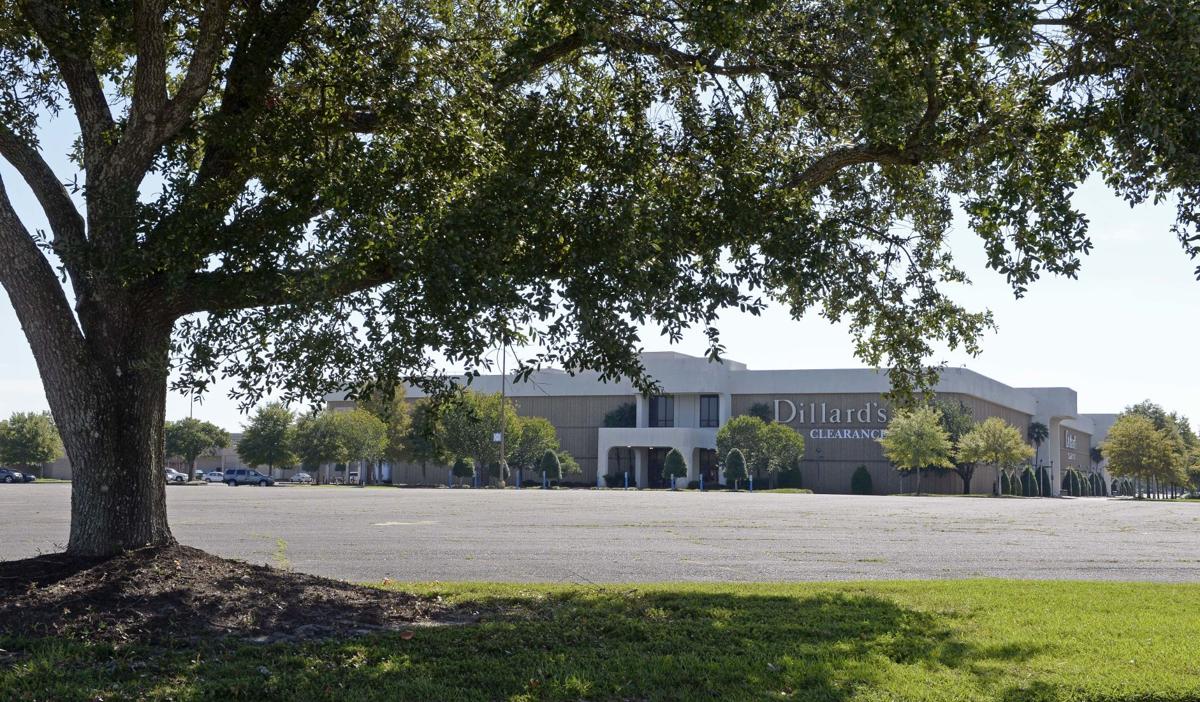 Dillard's Clearance Center, occupying one floor of the retailer's store at Cortana Mall, will be the lone anchor remaining if vacancies aren't filled before Virginia College closes its Cortana location in July 2019. 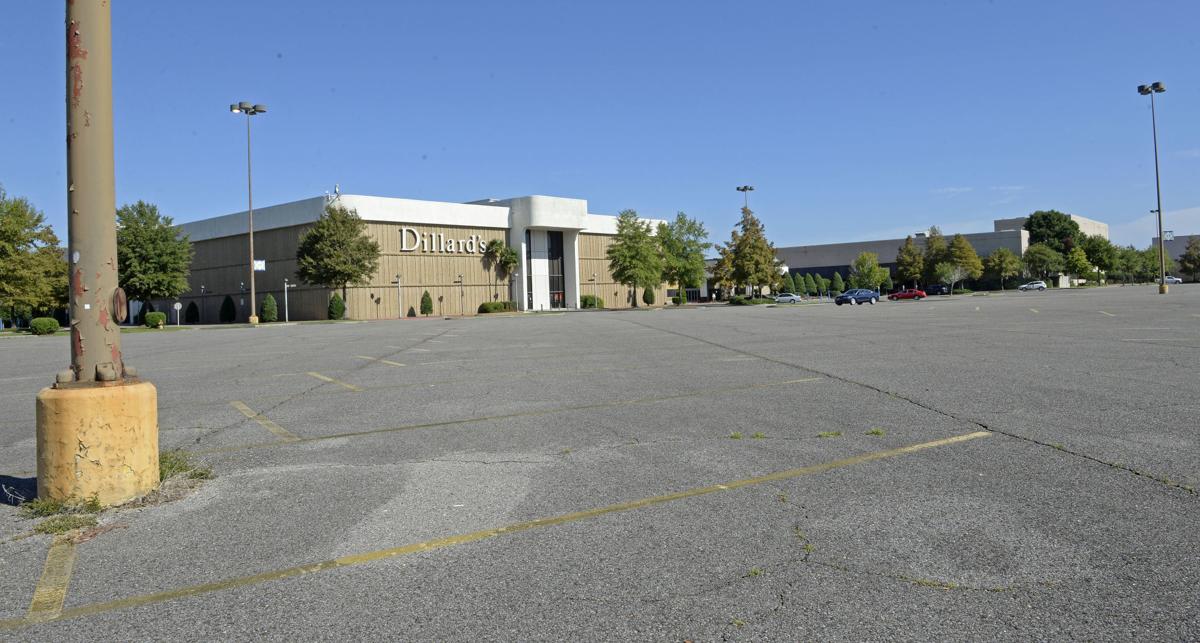 Dillard's Clearance Center, left, is next to the vacated J.C. Penney building at Cortana Mall. Dillard's will be the lone anchor remaining at Cortana if vacancies aren't filled before Virginia College closes its location there in July 2019.

Virginia College at Cortana Mall is among more than 75 campuses being closed within two weeks by Education Corporation of America. The Baton Rouge campus had been scheduled to close in July 2019.

A sign touting the former Macy's building for sale at Cortana Mall reflects the loss of major department stores at the shopping center in recent years.

Dillard's Clearance Center, occupying one floor of the retailer's store at Cortana Mall, will be the lone anchor remaining if vacancies aren't filled before Virginia College closes its Cortana location in July 2019.

Dillard's Clearance Center, left, is next to the vacated J.C. Penney building at Cortana Mall. Dillard's will be the lone anchor remaining at Cortana if vacancies aren't filled before Virginia College closes its location there in July 2019.

When Virginia College announced in 2010 it was opening a Baton Rouge location in an empty anchor store space at Cortana Mall, local retail and real estate experts hailed the move.

The for-profit college said it expected to bring in between 1,000 and 1,200 students, who would enroll in programs that would lead to careers in health care, medical office, business and cosmetology. Cortana officials said this would provide a major new customer base for all of the mall's stores and restaurants.

“We are thrilled that Virginia College will be joining our mall and helping us evolve into a multifaceted center,” former Cortana General Manager Percy Singleton said in a news release.

But the projected boom from the school never happened. Cortana continued to shed tenants, as national chains focused their attention on the Mall of Louisiana, Baton Rouge's dominant retailer. Since January 2016, Macy's, Sears and J.C. Penney closed their anchor locations in Cortana. The only anchors remaining are a Dillard's clearance store, which takes up only the first level of the store, and the now short-lived Virginia College.

Virginia College is closing both of its Louisiana locations next year, part of a plan by the parent company of the for-profit college to shut …

This exodus of anchors has taken its toll on the mall, leaving large vacant swaths in the shopping center. During a summer visit to the property, only about 25 businesses were still open. Virtually all of them were small locally owned businesses.

Part of the reason retailers bailed on Cortana may be that Virginia College never hit the enrollment numbers that were forecast. When the school announced earlier this month that it will shut the local campus in July, officials with the Louisiana Board of Regents said enrollment at Virginia College was 268 students.

Although the impending closure of Virginia College is a blow toward ongoing efforts to turn Cortana into a center for mixed-use development, some officials are seeing signs of hope. The property is in the geographic center of Baton Rouge at the intersection of two major roads: Airline Highway and Florida Boulevard.

Veneeth Iyengar, who handles economic development issues in his role as assistant chief administrative officer for East Baton Rouge Parish Mayor-President Sharon Weston Broome, said he’s seen an uptick in interest in the area around Cortana from companies in the distribution and retail sector.

“The mall represents an important economic asset to the community, and we will engage more with the different ownership groups to understand their plans and look at identifying tenants in the health care, e-commerce, retail, distribution industries, and we are optimistic that investments will be secured in the near future,” he said.

Officials with Moonbeam Leasing & Management, the Las Vegas-based company that owns Cortana, did not respond to repeated phone calls and emails. Moonbeam has had Cortana on the market for more than a year, with an initial asking price of $4 million. Moonbeam bought Cortana and the former Mervyn's store in 2013 for a combined price of $6.15 million.

In contrast, in February 2003 when Cortana's former owner Flor-Line Associates sold a 21-acre tract on the mall's ring road so Walmart could build a Supercenter there, the land went for nearly $4.2 million.

Ryan Pecot, of Stirling Properties, has marketed the 243,000-square-foot anchor space formerly home to Macy’s for much of the past two years, since that retailer shut down its Cortana location. Last year, an investor was under contract to buy the space, with plans to repurpose it into another use. Experts suggested it could turn into a space for entertainment, office, warehouse or a food hall.

That sale never came to pass, Pecot said. In part, it’s because of restrictions on the uses for the Cortana properties, baked into the decades-old agreements inked by Cortana's owners and developers when it opened in 1976. Those agreements restrict the types of uses for the mall’s properties, making it difficult to get permission to pivot away from retail.

“It’s a daunting endeavor” to make a move on the Macy’s space, Pecot said. “Those documents really need to be unwound for there to be some real traction.”

Still, there are some promising signs for the area, Pecot said. Sam’s Club abruptly shuttered its location on the outer ring road at Cortana in January, laying off 176 employees as part of a national closure of dozens of stores. Although the company indicated it would turn some of those into distribution centers, a company spokeswoman said that’s not happening in Baton Rouge.

When Pecot began marketing the Sam’s Club location for sale earlier this year, he had four “very strong offers” in the first two weeks of the property hitting the market. Now, it’s under contract for a “quasi-retail, quasi-distribution” use, at a strong price point.

Other spaces in Cortana could also be repurposed into distribution centers, he suggested, fulfilling a need among retailers nationwide for “last-mile” delivery and fulfillment services on customer orders.

Mall repurposing has become a common topic of discussion nationally, as online retailers continue to soar and several major traditional retailers have fallen by the wayside.

But mall space is still being occupied at a 96 percent rate nationwide, according to Brian Landes, director of geographic information services and location intelligence at Transwestern. Class A malls are doing well, while class B and C malls, especially in “challenged locations” are struggling, he said. Cortana is considered to be a class B mall because it has a good location, but it has lost stores. A class C mall has an undesirable location and a lack of tenants.

Although there’s no “panacea,” Landes said mall owners are finding some success in leaning more heavily on restaurants or selling part of the property for redevelopment. Mixing in “daily needs” users and experiential retail is also showing promise, and mixed-use adaption has accelerated in recent years.

“A number of centers have not been effectively updated since the 1990s or beyond,” Landes said. “Simply re-tenanting a mall that is functionally outmoded will not be sufficient and owners may need to consider alternate uses such as residential, health care, hospitality or education.”

Malls aren’t easy to repurpose, though. Haley Blakeman, vice president at the Center for Planning Excellence in Baton Rouge, noted malls are built for a specific purpose, with a unique footprint, immense square footage and a lot of parking.

Because Cortana is such a large structure and is surrounded by pavement, Blakeman said it is going to take a developer who is “committed to turn it back into an anchor for the surrounding community again.”

“It is a great chance to redevelop a huge piece of land in the center of Baton Rouge,” she said. “I would rather wait and get it right than rush it.”

Mark Hebert, of Kurz & Hebert Commercial Real Estate in Baton Rouge, said earlier this year he was working to land a soccer franchise at Cortana Mall, a deal that would see the state partnering with the group to build a multipurpose stadium that could be used as a concert venue.

That group appears to have moved on. But Hebert thinks it will take a group to come in and “wrestle away” all the different components of Cortana from the various owners in order for a large-scale redevelopment to take place. Moonbeam owns the interior stores and a big-box structure formerly home to Mervyn’s, but the tenants and former occupants own the other anchor stores. Pecot echoed the idea that a user could come in and redevelop a large chunk of Cortana into something “grand” but said it would take the willingness of Moonbeam to work with the developer on the restrictions.

Regardless, Hebert noted this conversation is not limited to Cortana and is being had all over the country.

“A lot of smart people are thinking about how to reuse these properties,” Hebert said. “Someone just hasn’t come up with the right use at the right time in Baton Rouge.”