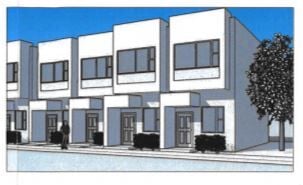 Baton Rouge developers Sura Family LLC want to build a 60-unit condominium complex off La. 44 near La. 42, as seen in this architectural rendering. 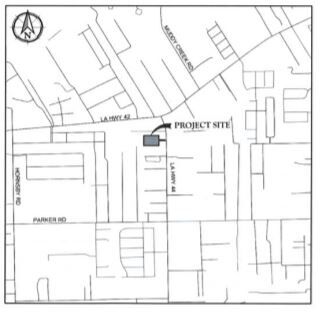 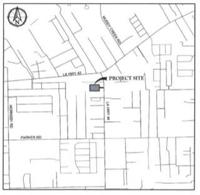 The Lakes at Henderson Bayou condominium complex would built off La. 44 just south of La. 42 in Prairieville. The project still needs final approval from the Parish Council for required zoning.

Baton Rouge developers Sura Family LLC want to build a 60-unit condominium complex off La. 44 near La. 42, as seen in this architectural rendering.

The Lakes at Henderson Bayou condominium complex would built off La. 44 just south of La. 42 in Prairieville. The project still needs final approval from the Parish Council for required zoning.

GONZALES — A retired Baton Rouge doctor is proposing a 60-unit condominium complex in the La. 42 corridor of Prairieville where a handful of other townhome-style projects have been built in recent years.

The two-story condominiums of the Lakes at Henderson Bayou would be built west of La. 44 just south of La. 42. That's near the eastern end of the nearly $28 million state construction project to widen La. 42 from two to four or five lanes.

The highway courses through a growth area in northern Ascension Parish and has been under one phase of construction or another for about six years for the widening job. It is expected to be finished by year's end.

Under the administration of former Parish President Kenny Matassa, developers pushed through a series of single-family neighborhood projects a few years ago in roughly the same area south of La. 42. Those projects spurred significant concerns about traffic and drainage, and the resulting controversy sparked changes in the way the parish handles challenges to Planning Commission decisions.

The push also helped fuel politics that sparked a major change on the council and in the administration last year.

But builders have also started to pursue smaller tracts with more intensely developed attached housing. Two major examples in recent years are the 92-unit Oak Grove Townhomes, where units are being leased, and the 54-unit Villas at Rosewood.

Both are in the La. 42 corridor, like Lakes at Henderson Bayou.

Located at the corner of La. 42 and La. 73, the Oak Grove Townhomes, which faced considerable opposition a few years ago, are on the opposite end of the state widening project from the Lakes at Henderson Bayou. The Villas at Rosewood aren't far from the new condominium proposal and are along La. 44 east of La. 42.

GONZALES — The Ascension Parish Council, for a second time in five months, has asked its appointed Planning Commission to reconsider a previou…

Engineers working for the developer of Lake at Henderson Bayou said high land costs and some market interest in homes needing less maintenance than traditional family homes are driving demand for the new town homes.

Beth Alford, a real estate broker in Ascension for more than 20 years, said Thursday she wasn't yet familiar with that project but agreed that rising land values have made it more expensive to build, in addition to construction costs and other factors.

But Alford added that, over the past nearly 20 years, town home and similar projects have had mixed success in Ascension. She said a price point below $200,000 per unit has been a critical factor in success.

Dr. Ashwin Sura, who is developing the Lakes at Henderson Bayou through a corporation, didn't return several calls seeking comment on Thursday. Joe Labbe, who works for Quality Engineering and Surveying, Sura's consulting engineers, told the parish Planning and Zoning Commission on Wednesday night the developer plans to sell the units.

The condominium project received an early nod from the commission Wednesday night in a 4-2 vote after a recommendation from the parish staff. The proposal still needs backing from the Parish Council.

Sura is seeking what is known as a small planned unit development, a special regulatory path that combines a zoning change and a preliminary plat or site plan. The property is currently zoned mixed use 2. The switch to a SPUD would allow greater housing density.

In plans presented to parish officials, the engineers promoted the 4.74-acre project as meeting the parish's goals of "walkability," or having projects that allow people to walk to some of their other needs instead of driving.

The area where Lakes at Henderson Bayou would go is home to a Walmart Neighborhood Market and some lower-impact commercial properties, including a Sonic drive-in, the Color Wheel child care center and a seafood restaurant. The condos would also be just south of the Pin Oak neighborhood.

The condos would access La. 44 next to the day care center.

The condos would also have a walking trail around two storm water detention lakes, a playground and a fitness area, plans say.

A resident who lives in the Pin Oak subdivision, Joe Rizzo, questioned the commissioners Wednesday about the project's traffic and drainage impact. A portion of Henderson Bayou goes through the wooded condo site, which has wetlands and holds rainfall runoff, and then ties into Pin Oak, plans show.

In a later interview, Rizzo and his wife, Darcy, said heavy rains in July nearly flooded some homes in Pin Oak. They showed pictures of what they said were insufficient drainage pipes in a ditch leaving their subdivision that held up rain fall runoff.

"I just want to make sure it's going to be responsible," he said.

Earlier, Matt Pryor, chairman of the planning panel, told Rizzo housing projects are supposed to be designed with detention ponds so post-development runoff does not exceed the natural runoff. Labbe also told commissioners that the developer was required to study drainage impacts all the way north past La. 42 and along Bayou Henderson southeast past La. 44.

Deric Murphy, president of Quality Engineering, said the property is already above the 100-year flood plain and will need no more than two feet of dirt to raise the homes to meet new, higher parish flood insurance rules.