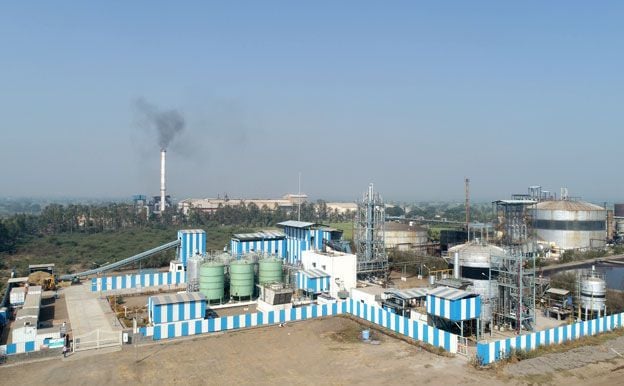 Praj Industries operates a second-generation ethanol production plant that can produce about 264,100 gallons each year from sugar cane bagasse. The plant is in India and can also process corn, rice, wheat and cotton stalks. 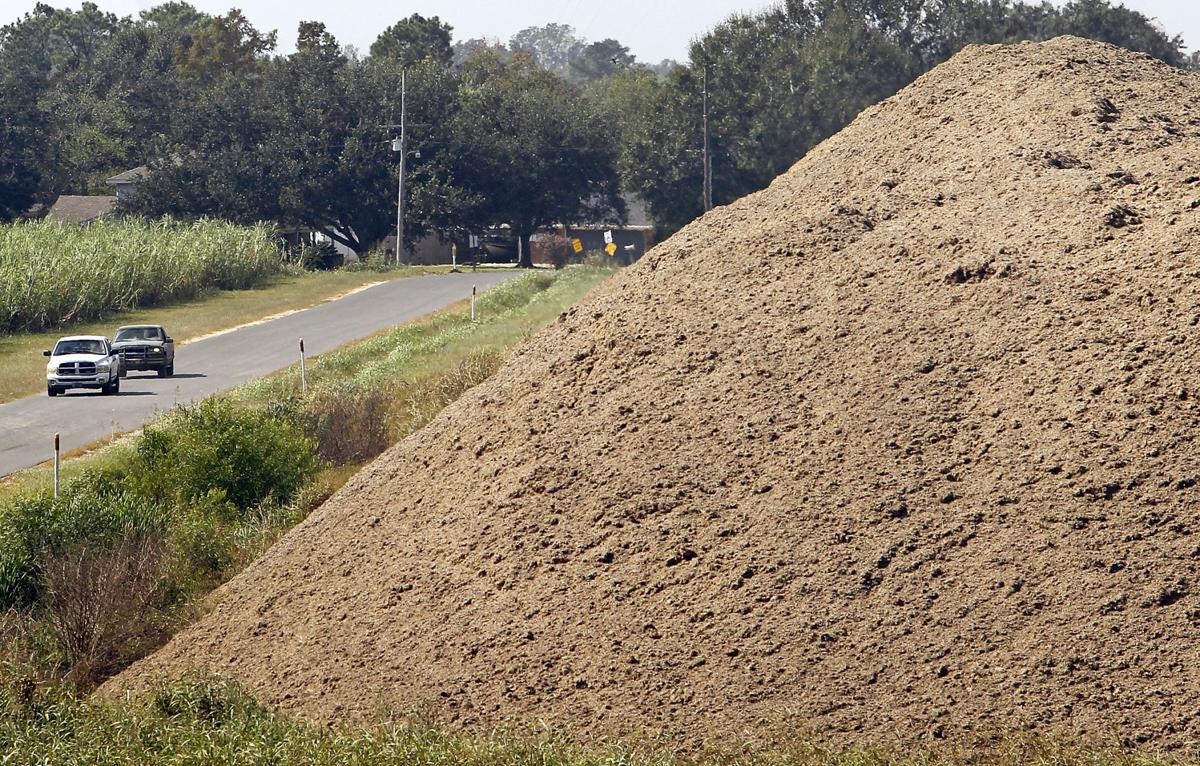 Bagasse, the waste from sugar cane processed at sugar mills, is used as a fuel. Mills burn about 90% of the bagasse for boilers, but the remainder creates a costly storage problem. Finding a use for excess bagasse would be a big win for farmers and sugar mills.

Praj Industries operates a second-generation ethanol production plant that can produce about 264,100 gallons each year from sugar cane bagasse. The plant is in India and can also process corn, rice, wheat and cotton stalks.

Bagasse, the waste from sugar cane processed at sugar mills, is used as a fuel. Mills burn about 90% of the bagasse for boilers, but the remainder creates a costly storage problem. Finding a use for excess bagasse would be a big win for farmers and sugar mills.

Praj Industries, a publicly traded bioenergy engineering business with headquarters in India, is laying the foundation for a $100 million plant in Louisiana that would use sugar cane bagasse as a fuel and raw material for making ethanol.

The project, which could still be three years out, is driven by its U.S. subsidiary in Houston, Praj Americas, in partnership with Miami-based Omega Energy USA as the developer. The companies said bagasse, the waste from sugar cane, will come from a sugar mill operated by the Louisiana Sugar Cane Cooperative, or LASUCA, in St. Martinville.

The company's goal is to sell the ethanol to gasoline producers looking to meet the renewable fuel standard, which outlines federal requirements to blend biofuel with gasoline.

The plant is expected to draw from excess bagasse within a 30-mile radius. In 2013, Omega Energy USA acquired 5,000 acres in Jefferson Davis Parish. It was not immediately clear if the plant would be built on that property, which is about 60 miles from the LASUCA mill. Omega Energy declined comment. LASUCA referred questions to Praj Industries.

The project would be significant for sugar cane farmers and mills who must store any excess material after the milling process.

"Mills burn about 90% of the bagasse produced as fuel for boilers, a green biofuel," said Kenneth Gravois, LSU AgCenter sugar cane specialist. "The remainder is a costly storage problem. Finding a use for excess bagasse would be a big win for everyone."

Sometimes bagasse is hauled away to a landfill or spread in fields and allowed to decompose, and its value as future fuel diminishes the longer it stays in storage. Large decaying piles of bagasse could spontaneously combust. Bagassosis is a disease caused by moldy bagasse getting into the lungs of individuals exposed to it.

"Excess bagasse is a major burden for mills that do not burn all of it to produce process steam in their boilers," said Charles Schudmak, chief operating officer of Cora Texas Manufacturing Co., which is a sugar mill in White Castle. "It costs a couple dollars per ton every time the bagasse is touched by heavy equipment to store in piles."

Cora Texas Manufacturing Co. burns about 75% of the bagasse during its milling process and has about 100,000 excess tons of the material each year. It can cost up to $500,000 per season to manage and store the bagasse in piles on site, Schudmak said.

In 2018, Louisiana harvested about 16.9 million tons of sugar cane. Each ton of cane can produce about 270 pounds of bagasse. That means there was about 4.6 billion pounds - or 2.3 million tons - of bagasse for fuel last year across the state.

"This is an environmental solution that adds value to the bagasse that gets dumped by the sugar mill," said Jayant Godbole, president of Praj Americas. "It will be a very green renewable energy plant."

There have been other efforts to use bagasse commercially in recent years, not all successful.

A now-defunct biofuels pilot plant was built in Jennings in 2008. It was owned by BP and Verenium and generated ethanol from bagasse. The plant has since been shut down and its equipment is being auctioned off by the end of December.

One plant is using bagasse, but for something other than biofuels. A $60 million plant in Raceland, owned by Finnish business Stora Enso and located near Raceland Raw Sugars, extracts xylose, which is later converted to xylitol and used in chewing gum.

Nearly all of the ethanol produced in the U.S. comes from corn. There are more than 40 ethanol biorefineries that use corn in Iowa. Heavy rains earlier this year caused the price of ethanol to spike temporarily, but some producers claim demand has subsided despite federal requirements for renewable fuels.

One threat to the ethanol industry is the growing number of small refineries getting exemptions that enable gasoline producers to skirt ethanol blending requirements due to financial hardship. As a result, three biorefineries — one in Indiana and two in Iowa — have idled operations in recent months.

Some challenges to producing ethanol from sugar cane bagasse is that it's a seasonal operation and most ethanol manufacturing plants require year-round operation to be profitable. Likewise, bagasse has a high moisture content, which means it's more difficult to burn as a fuel, and the harvesting process causes some straw to be wasted.

Still, Praj Industries is bullish about its opportunity to sell bagasse-based ethanol.

"There is interest from oil and gas companies to reduce the carbon intensity of the fuel; we are talking to some companies to buy the ethanol," Godbole said.

The parent company of Omega Energy, which is expected to develop the ethanol plant, is in the oil and gas exploration and production business in Columbia.

Praj Americas expects the biorefinery to spend about three years in development from permitting to financing and construction. The biorefinery is expected to produce between 10 million and 15 million gallons of ethanol each year, along with renewable natural gas and other products such as lingo-sulphonates, all fueled by the bagasse alone.

Praj Industries began piloting biorefineries more than a decade ago. In 2016, the company constructed a commercial demonstration plant next to a sugar mill in India that uses both bagasse and rice straw. Since then, it has been hired by oil and gas companies to use its technology at four similar plants across India using rice straw.

The proposed Louisiana plant is considered a full-scale commercial operation, according to the company.

Acadiana Business Today: Houston-based company planning $100 million plant in St. Martinville that would use sugar cane waste to make ethanol; Forever 21 to close up to 178 stores after filing for Chapter 11 bankruptcy

Praj Industries, a publicly traded bioenergy engineering business with headquarters in India, is laying the foundation for a $100 million plan…

Here's more bad news from the retail fashion industry: Forever 21, which has a store in the Acadiana Mall and eight in Louisiana, and has file…

How I Got Here with Kyle "Skip" Boudreaux: Lafayette, state have 'an incredible amount of momentum right now'

Harmony Rochon has been named as the South Louisiana Community College assistant dean of allied health, strengthening the partnership between …

Bagasse, the waste from sugar cane, was the second-most popular biopower feedstock through mid-year, according to Global Energy World, which t…