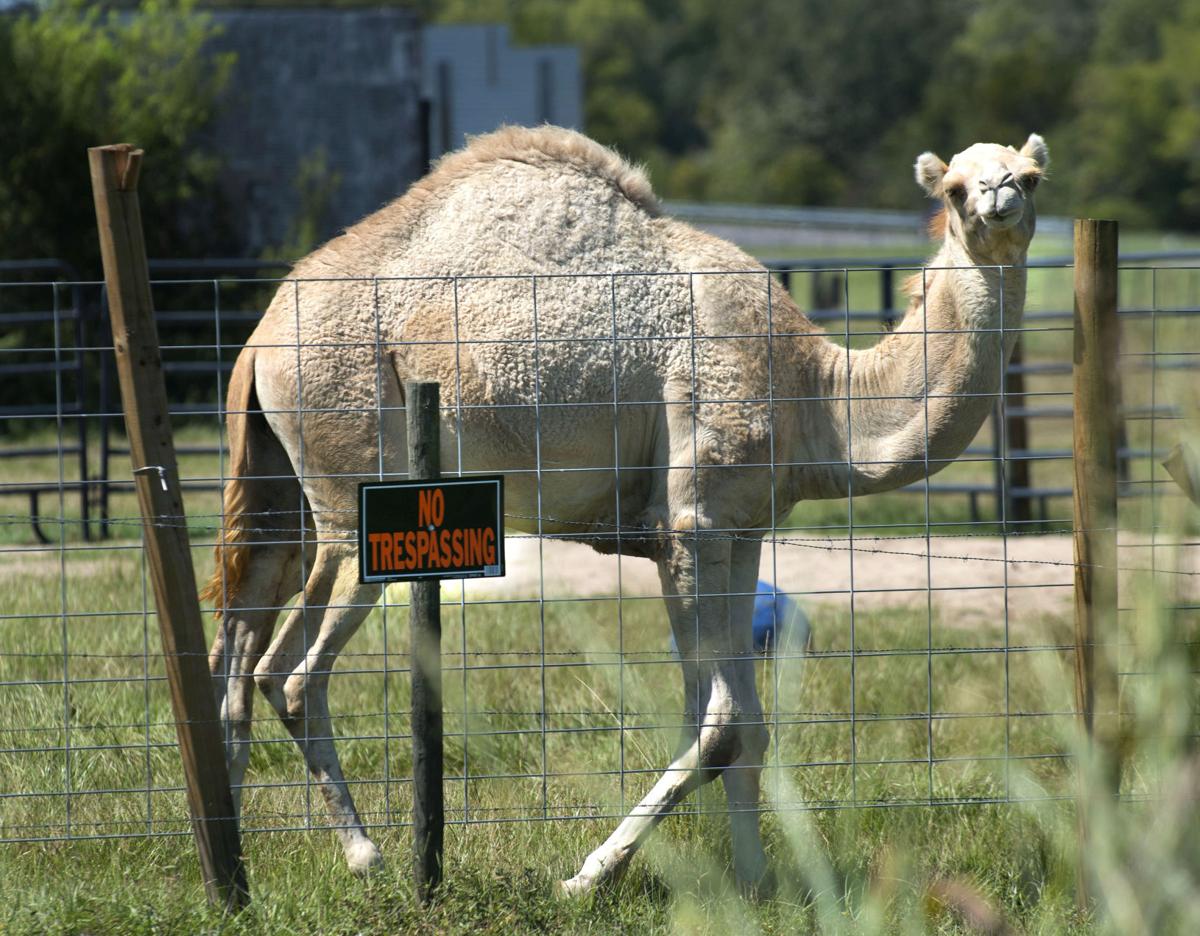 Tiger Truck Stop's Caspar the camel, one of the animal attractions at the truck stop, looks no worse for wear, seen Sunday, Sept. 22, 2019 in Grosse Tete. Last week when a Florida truck driver and her husband crawled into a camel's enclosure at the truck stop, the camel sat on the woman, who used her teeth to bite the camel's testicles to escape. According to the Iberville Parish Sheriff's Office, the woman's husband threw doggy treats under Caspar the camel's fence, which is about 6 feet high. The lady encountered trouble after entering the enclosure to retrieve the dog. ORG XMIT: BAT1909221543140784 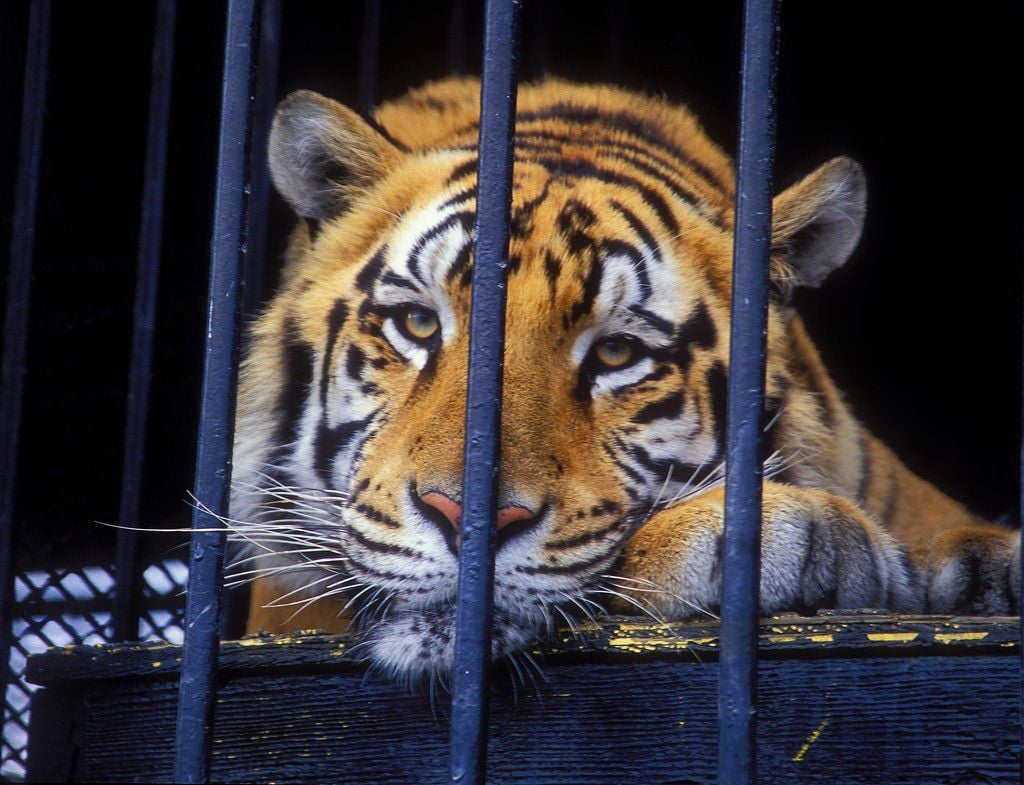 Tiger Truck Stop's Caspar the camel, one of the animal attractions at the truck stop, looks no worse for wear, seen Sunday, Sept. 22, 2019 in Grosse Tete. Last week when a Florida truck driver and her husband crawled into a camel's enclosure at the truck stop, the camel sat on the woman, who used her teeth to bite the camel's testicles to escape. According to the Iberville Parish Sheriff's Office, the woman's husband threw doggy treats under Caspar the camel's fence, which is about 6 feet high. The lady encountered trouble after entering the enclosure to retrieve the dog. ORG XMIT: BAT1909221543140784

A Grosse Tete truck stop that drew national curiosity last year after a Florida woman bit a camel's testicles when it sat on her no longer will display its menagerie of exotic animals now that the business has changed hands.

For nearly two decades, the animals at the Tiger Truck Stop have been its mainstay, drawing visitors to the roadside attraction along Interstate 10 by featuring a collection of quirky animals, including for a time a 550-pound Bengal tiger named Tony. More recently, the main draw was a camel called Caspar.

The petting zoo area that housed other animals, including a kangaroo, goats and Central American raccoon relative called a coati, has been removed after the truck’s stop’s now-former owner Michael Sandlin sold the business when he retired in June.

After euthanizing the 17-year-old tiger because of its age-related health in 2017, Sandlin said he became less involved with the business.

“When Tony passed and there was no longer a tiger living in Grosse Tete, I pretty much partially retired then,” he said. “My heart wasn’t in it.”

Some of the critters, including the coati, ducks and chickens, have been staying at Sandlin’s home near the truck stop since they were moved. The camel and the kangaroo were taken to the Alexandria Zoological Zoo.

The camel gave the rest stop a boost in attention last fall when a Florida couple entered the animal’s pen to retrieve their deaf dog, which had scurried under a fence and into the enclosure. The 600-pound dromedary, startled amid the commotion, knocked the woman down and sat on her. She said she had to bite one of the camel's testicles to get him to move.

Lancaster told The Advocate in a later interview that she didn’t blame the camel for her injuries. The animal “was taking care of his territory,” she said, while adding she would “do it again” while recalling the camel’s weight crushing her body.

In the first month since the truck stop changed hands, new owner James Jarreau, 37, said the reach of the camel-biting incident still amazes him, even with the camel gone.

“Everyone knows us,” he said, recalling a recent call to a truck stop in Bismarck, North Dakota, that drew questions about the camel. “It definitely was a strange thing to happen.”

Jarreau said he believed that keeping the animals would exact a financial and time-consuming toll. With no experience in how to care for them, he and his business partners decided not to continue animal attractions.

The tiger and other animals at the truck stop became a frequent target over the years for animal rights groups who sought to remove them. Legal fees racked up to more than $1.2 million, Sandlin said, and his battles with state regulators and lawmakers in that time were exhausting.

At times, the truck stop had billboards noting that Tony had lived long in captivity, and after the camel incident encouraging highway travelers to "Stop in for a BITE."

When he bought the truck stop more than 30 years ago, Sandlin had about $1,100 to his name. He knew how to install pumps and started with a pair of them before slowly expanding and adding more.

The animals came later as a way to draw visitors when he acquired Tony the tiger in 2001. It eventually paid off, Sandlin said.

Though animal activists have railed on the truck stop for keeping wild animals, arguing the truck stop isn’t a suitable environment for animals, Sandlin noted the connection people experience when seeing a tiger in close proximity is vital to preserving them in the wild.

“If people can’t get up close and personal and interact with these animals, how are they going to ever be interested enough to save them from extinction?” Sandlin asked. “These (animal rights) groups are kind of defeating their own purpose whether they know it or not.”

Jarreau, along with his business partner Johnny Ewing, their wives and families, bring to Grosse Tete a combined 40 years of experience in the fueling business and business know-how from running a number of LA Express stations.

Their plans for the Tiger Truck Stop include renovating the showers and other areas and also building a casino.

“It’ll be something we don’t really have out here,” Jarreau said.

Sandlin, meanwhile, says he’s debating dropping his lawsuit against the state arguing he has a right to get another tiger in response to a 2006 law blocking private ownership of big cats.

A later law, in 2014, that allowed him to keep the tiger he had was challenged by the Animal Legal Defense Fund, a national organization that argued it was unconstitutional.

The lawsuit has been on hold for years but is now moot since the Grosse Tete menagerie is gone. Still, those experiences among others while keeping Tony the tiger will provide fodder for a book he’s considered writing during his retirement.

“I already thought of the title,” Sandlin said, with a chuckle: “The Million Dollar Tiger.”

Acadiana Business Today: With jobless rates rising again in Acadiana, federal unemployment benefit to expire soon; Red Lerille: 'We must comply and do our part' against COVID by wearing masks

As jobless rates rise in Acadiana, $600 federal unemployment set to end; 'It won't be good if that goes away'

When people talk unfavorably about unemployment benefits, Mona Brasseaux tries to set the record straight with what she saw in Tennessee.

Red Lerille: 'We must comply and do our part' against COVID by wearing masks

The owner of Lafayette’s best-known gym is pleading with members to wear their masks — for their sake and his.

More than 25 complaints were registered about Lafayette Parish businesses allowing customers inside without wearing masks, possibly in violati…