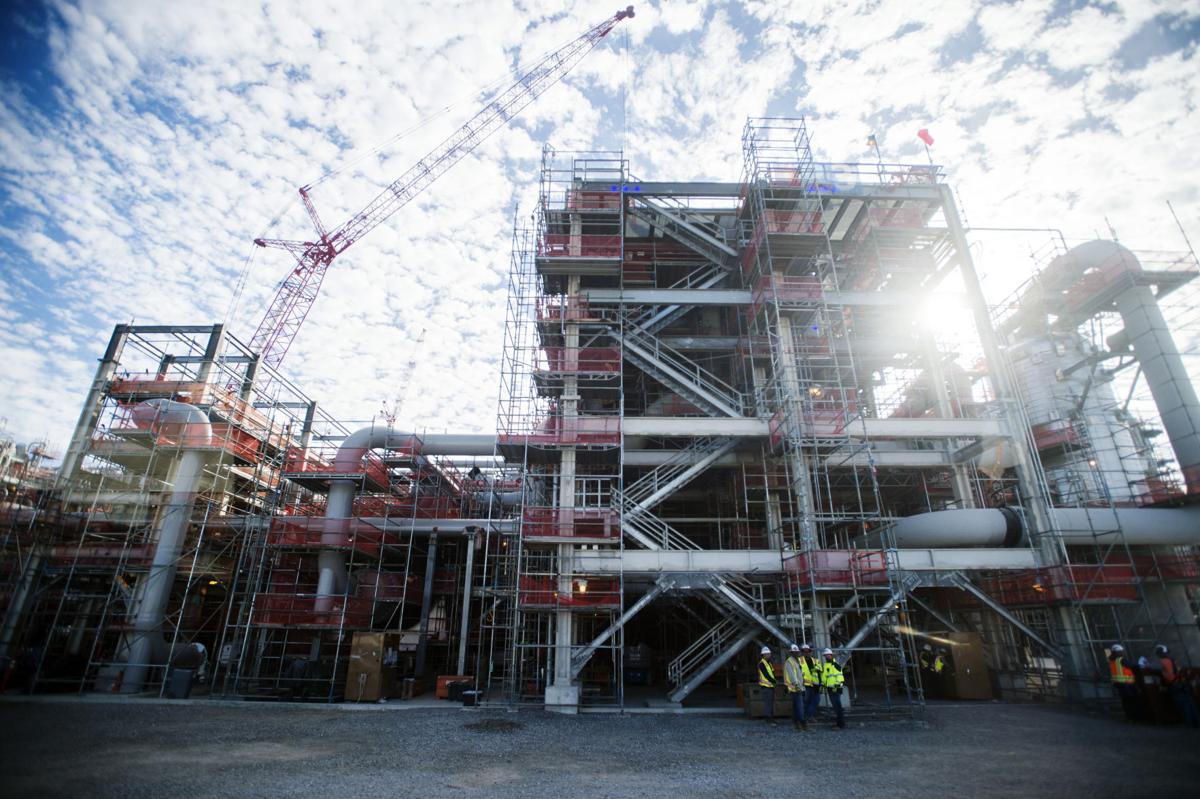 McDermott International and joint venture partner Chiyoda International Corp. have provided the engineering, procurement and construction for the Cameron LNG project since the project's initial award in 2014. McDermott is in the process of restructuring its business.

McDermott International and joint venture partner Chiyoda International Corp. have provided the engineering, procurement and construction for the Cameron LNG project since the project's initial award in 2014. McDermott is in the process of restructuring its business.

Houston-based McDermott International Inc. — a company with historical ties to New Orleans and Baton Rouge — said Tuesday it was submitting a prepackaged bankruptcy filing that will eliminate more than $4.6 billion in debt.

The company said more than two-thirds of its creditors back the restructuring plan. McDermott it expects to get approvals from a Houston bankruptcy judge in two months.

All of McDermott's businesses are expected to continue to operate normally during the restructuring. McDermott expects to continue to pay employee wages and benefits, and to pay all suppliers in full.

McDermott has about 4,000 employees across Louisiana, mostly in the Lake Charles area.

The company was once a premier presence in New Orleans during the oil and gas industry's boom times.

The energy services and engineering firm, following the paths of other local oil and gas companies, moved its headquarters from New Orleans to Houston in 2005 before Hurricane Katrina and closed its last remaining office in the city in 2013.

In 2017, McDermott acquired CB&I, which had purchased the Baton Rouge-based Shaw Group in 2013. The McDermott and CB&I merger was a $6 billion all-stock transaction. CB&I had paid $3 billion for The Shaw Group.

The CB&I acquisition lifted the debt burden up to about $4.3 billion at McDermott, which has been under financial pressure after years of low oil prices. The CB&I acquisition also saddled McDermott with two big liquefied natural gas construction projects — the Cameron LNG facility in Hackberry in southwest Louisiana and the Freeport LNG facility in Freeport, Texas. Those projects have been plagued with cost overruns that caused more headaches for McDermott. In November, the company said it lost nearly $1.9 billion in the third quarter of 2019.

McDermott's restructuring will be financed by a $2.8 billion debtor-in-possession financing plan. McDermott said that will enable it to stabilize its cash flow, continue normal business operations and fulfill its commitments to customers, suppliers, joint venture partners, business partners and employees.

As part of the restructuring, subsidiaries of McDermott have entered into a share and asset purchase agreement with a joint partnership between The Chatterjee Group and Rhône Group, two New York-based investment firms. The joint partnership will serve as the "stalking-horse bidder" in a court-supervised sale of Lummus Technology, a McDermott subsidiary that serves the petrochemical and refining industries.

The partnership has agreed to acquire Lummus for $2.7 billion. McDermott will have the option to retain or purchase a 10% ownership interest in the entity purchasing Lummus. McDermott expects to hold an auction in a month and a half to solicit higher bids for Lummus. Either the partnership or the winning bidder at the auction will purchase Lummus.

Proceeds from the sale will pay off the debtor-in-possession financing and provide cash for long-term liquidity. The company expects to exit Chapter 11 with about $500 million in funded debt.

"McDermott will emerge a stronger, more competitive company with a solid financial foundation, and we will build upon our reputation as a premier, fully integrated provider of technology, engineering and construction solutions to the energy industry," said David Dickson, president and chief executive officer.

As a result of the filing, McDermott said it expects to be delisted from the New York Stock Exchange within the next 10 days. The stock will trade in the over-the-counter marketplace during the Chapter 11 proceedings, but the shares are proposed to be cancelled as part of the company's restructuring.

The Worthmore Five and Dime store, which first opened in downtown Rayne over 80 years ago, will close in mid-February, the owners announced.

Houston-based McDermott International Inc. — a company with historical ties to New Orleans and Baton Rouge — said Tuesday it was submitting a …

Jeremy Conner, head chef at Spoonbill Watering Hole and Restaurant, will be among the featured chefs at a dinner Saturday at the James Beard H…

After over four years in Grand Coteau, Chicory's Coffee & Café will move into the historic Palace Cafe building in Opelousas, 135 W. Landry St.

Every department of Lafayette Consolidated Government is being considered for possible reorganization to maximize efficiency, newly seated Laf…

Plans were approved Tuesday for an 111,000-square-foot distribution center in Baton Rouge proposed by an Atlanta-based developer that has buil…