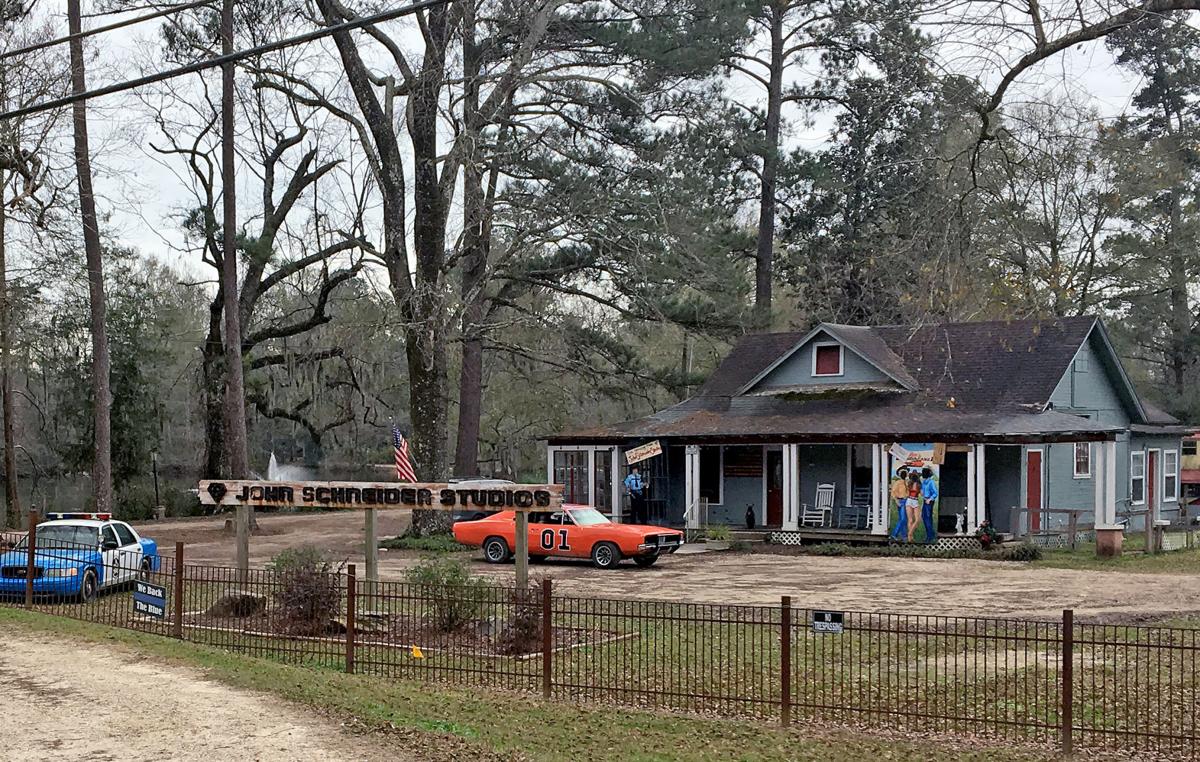 The John Schneider Studio property is located on LA 190 near Holden. 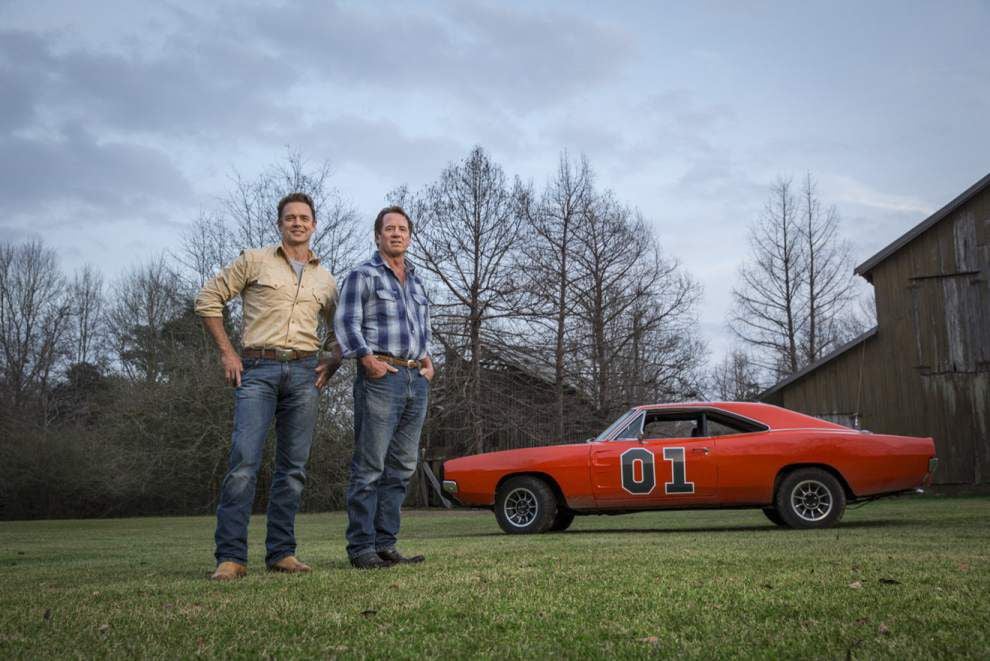 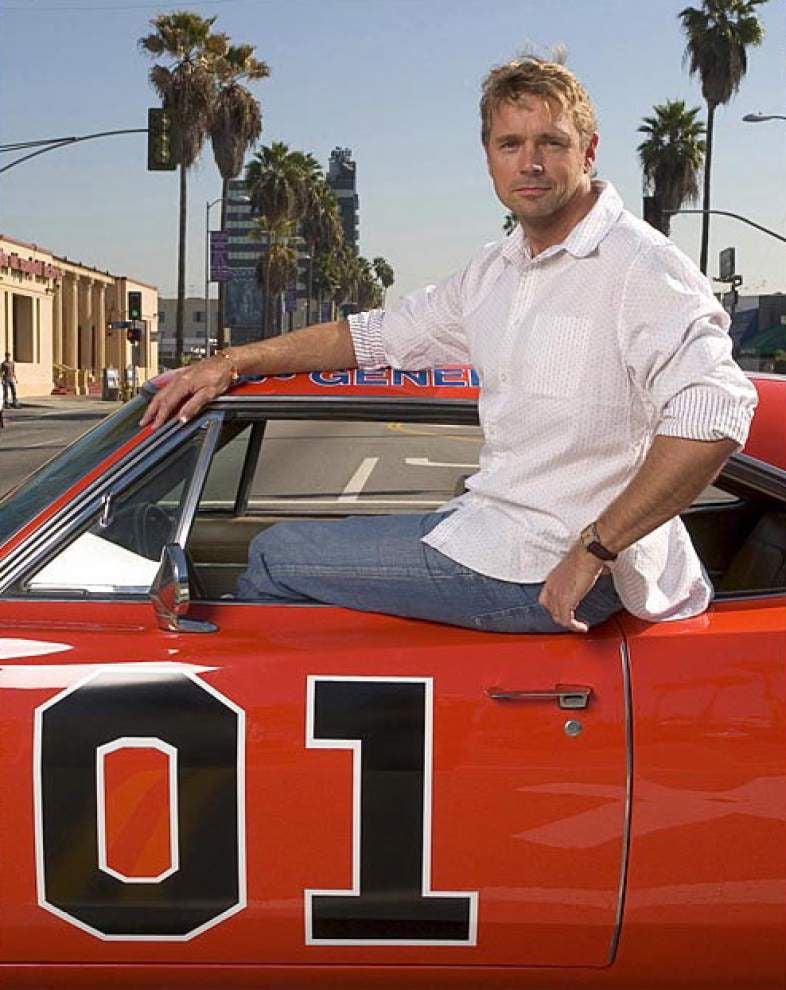 Actor John Schneider, posing with one of the 'General Lees' -- the car made famous in the original 'Dukes of Hazzard' television series -- will ride in Orpheus on Monday.

The John Schneider Studio property is located on LA 190 near Holden.

Actor John Schneider, posing with one of the 'General Lees' -- the car made famous in the original 'Dukes of Hazzard' television series -- will ride in Orpheus on Monday.

Paul Ferachi, owner of Capitol City Produce, purchased the Holden tract at sheriff's auction for $385,000 after a bidding war in a crowded jury holding room at the Livingston Parish Courthouse.

"I just figured there was a good story behind the property," Ferachi told reporters outside the courthouse.

Ferachi said he learned of the opportunity from a local news account and never actually saw the property abutting the Tickfaw River in person. He planned to go for a visit on Wednesday.

"I just figured it would be a nice piece of property to have, it was right there on the river," he said.

Ferachi said he was interested in working out a deal with Schneider that would allow him to maintain access and continue filming movies there.

"I think at the end of the day, it may be a win-win for both of us," Ferachi said.

Schneider expressed a mix of relief and sadness after the purchase went through.

"Oddly enough, it feels great," Schneider told reporters before pausing and tearing up. "I can't help but feel a bit like a failure, because I'm 58 years old, and I just basically lost something I've been dreaming about since I was 8."

Schneider said he's glad Ferachi is willing to talk about allowing him to film movies there.

Schneider played Bo Duke in the popular 1980s television show "Dukes of Hazzard." After that, he became a country music singer and movie producer.

The tract of land is located at 16050 Florida Boulevard in Holden. According to the studio's website, it houses sound stages, a lake, editing suites, a baseball field, two houses and five acres of Southeast Asia-like giant bamboo.

But Schneider described the buildings on site as "old structures and two 5,000-square-foot tin buildings." The property flooded in August 2016, which Schneider has previously blamed in part for his financial struggles.

The Livingston Parish Sheriff's Office seized it in November as a result of a lawsuit between the actor and First Guaranty Bank.

The bank filed the lawsuit in October claiming that Schneider had not made his monthly payments on the property since July 28, leaving an outstanding balance at the time of filing of $242,803 in principal, interest and late fees.

The property was subject to additional mortgages worth $1.1 million, a federal tax lien worth $160,000 and past-due property taxes of $10,000, according to the auctioneer. Autumn Payton, a spokeswoman for the Sheriff's Office, said the buyer does not assume those debts.

The actor has been embroiled in a contentious divorce with estranged wife Elvira “Elly” Castle, who filed for divorce in 2014 after 21 years of marriage. In June, Schneider served five hours of a three-day sentence in Los Angeles County Jail for failure to make alimony payments, according to The Associated Press.

Payton confirmed Ferachi paid in full for the property on Tuesday afternoon.

Bidding for the property started at $262,000. About 30 bids were entered before the winning one was cast.

The auctioneer said the property was appraised at $380,000, although Schneider had a separate estimate that valued it at $225,000.

"If I have to win this because I'm an amazing dancer, that ain't gonna happen."

Dealing with a government agency like FEMA, you're sure to get "your skirt a little ruffled." Hence, the name of John Schneider's new album, "…

Actor and singer John Schneider's turning 58 on Sunday, and that calls for a party.

The party's still on.