With the Dillard's Clearance Center to the right, a car zips by the marquee sign for Cortana Mall, which frames the closed Virginia College building. 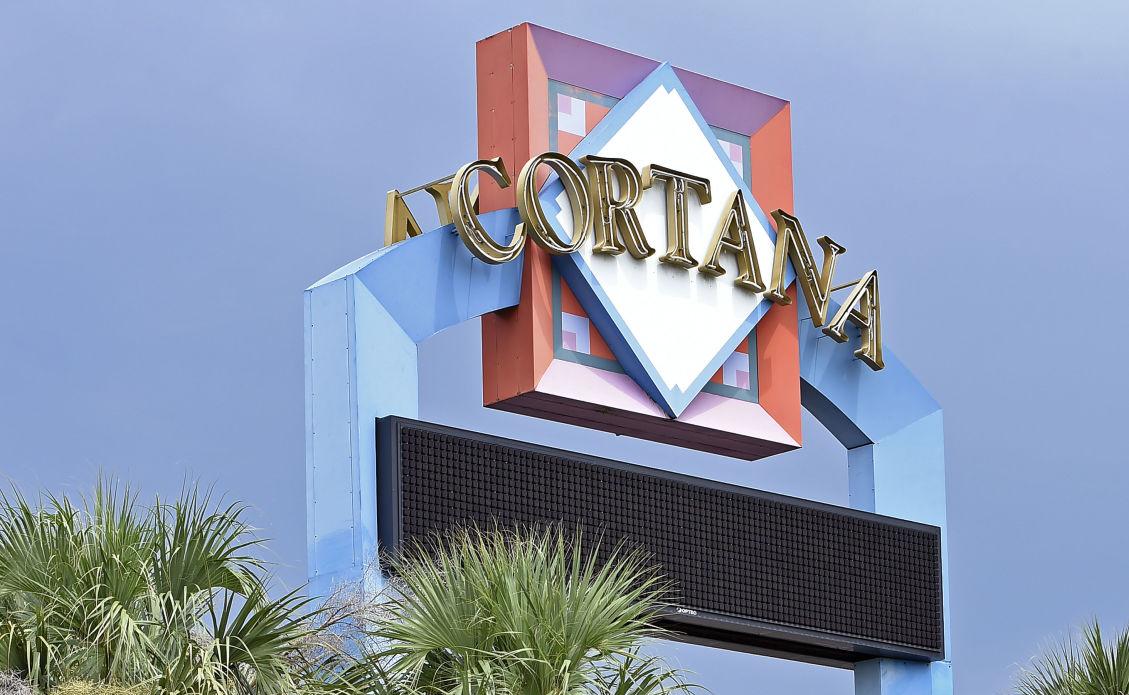 A car zips by the marquee sign for Cortana Mall, framing the closed Virginia College building. A firm with ties to Amazon has filed a request with the East Baton Rouge Parish Planning Commission to turn Cortana Mall into a 2.9 million square foot distribution center. 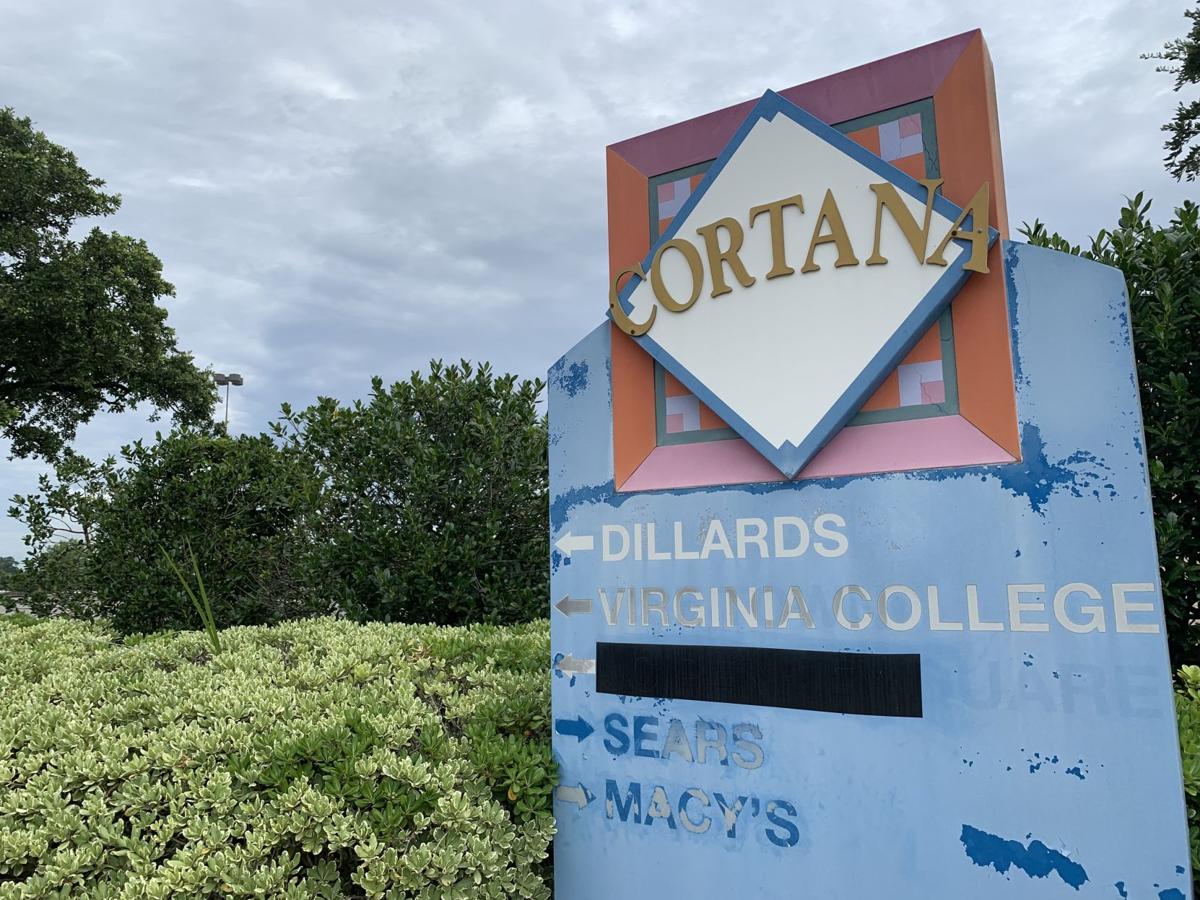 A faded sign near the entrance of Cortana Mall.

With the Dillard's Clearance Center to the right, a car zips by the marquee sign for Cortana Mall, which frames the closed Virginia College building.

A car zips by the marquee sign for Cortana Mall, framing the closed Virginia College building. A firm with ties to Amazon has filed a request with the East Baton Rouge Parish Planning Commission to turn Cortana Mall into a 2.9 million square foot distribution center.

A faded sign near the entrance of Cortana Mall.

With Cortana Mall already nearly empty, at least two tenants are being told by mall management to leave in a move that makes it unclear as to whether the shopping center may be shutting down or a sale is pending.

Officials with Moonbeam Leasing & Management, the Las Vegas-based company that bought the internal sections of Cortana and the vacant Mervyn’s anchor store in 2013 for $6.15 million, did not respond for comment. Moonbeam had Cortana on the market for several months in 2017 at an asking price of $4 million.

Jonathan Walker, an agent with Maestri-Murrell Real Estate who tracks the Baton Rouge retail market, said the move to push the few remaining tenants out of Cortana shows one of two things: either the mall has been sold to someone who plans to convert it to another use or Moonbeam is shutting down the operation.

Baton Rouge North Economic Development District Executive Director Jerry Jones Jr., who spearheaded efforts to designate Cortana as an Enterprise Zone to entice redevelopment of the property through tax credits, was not aware of any plans at Cortana Mall. Donnie Miller, director of business development for the Baton Rouge Area Chamber, who has been working with Moonbeam for business retention, is not familiar with any plans for the site.

In addition to having just a handful of tenants inside, Cortana is down to one of its five large anchors: a Dillard’s clearance center that takes up only one floor of the two-level space and no longer has a connection directly into the mall. Dillard's owns the property, so it can continue operating regardless of what happens to the mall.

Namisha Patel, president of the Junior League, said the organization received a letter last week informing it that Cortana is exercising an option to terminate its lease. Under the terms of the lease, the organization needed to be out in 7 days. It had leased a 3,800-square-foot space in Cortana for the past three years, operating its diaper bank from there.

The Junior League was able to secure an extra week and will leave Cortana on Sept. 5. “We do not know what is going on, but we are packing up and figuring out where we will set up shop next,” Patel said.

Employees of the Heart 2 Heart Care Clinic in Cortana said it has been asked to leave by Sept. 18.

The best-case scenario, and one that’s long been discussed, is turning the mall site into a distribution hub or an entertainment facility, Walker said. “Repurposing Cortana is not a bad thing,” Walker said. The mall is no longer a viable retail site because the city’s population has shifted south in recent years. And with the rise of online shopping, stores don’t need to have a physical presence in every retail center in a city.

The worst-case scenario is that Moonbeam has decided the property is too expensive to keep operating. “Shutting a property down is cheaper than operating,” he said, by eliminating the cost of utilities, ground maintenance and other expenses.

The fear is that having a big vacant space at the intersection of Airline Highway and Florida Boulevard could lead to vandalism and crime, Walker said.

Mathew Laborde of Elifin Realty, who has a listing for nine outparcels around Cortana, said he’s “heard a lot of chatter” about what will happen with the interior of the shopping center, but nothing solid. Laborde said he doesn’t have an active deal for the outparcels, which range in size from 1 acre to 7.2 acres.

The Junior League and Heart 2 Heart are among just a handful of tenants still in Cortana. The mall website lists 20 tenants, but that includes businesses that have left the center recently, such as Bath & Body Works, and Virginia College, which shut down operations in December.

The UpStage Theater Co. moved out last week and into a space on Wooddale Boulevard. The U.S. Army recruiting station in the mall will move into a new location on Airline Highway Wednesday.

Both Ava Brewster-Turner, director of UpStage, and Adam Garlington, head of public affairs for the Baton Rouge Recruiting Battalion, said they left Cortana because foot traffic at the mall has gone down.

“We’ve been trying to get out for about two years now,” Garlington said. “We wanted to get into a better location.” The Army recruiting station will now be located at 10330 Airline.

A trip to Cortana at lunchtime Monday found virtually all of the retail space was vacant, with signs removed from most storefronts. There were about as many mall walkers hiding out from the August heat and a summer shower as there were businesses open.

There were weeds growing in parts of the parking lot and only two entrances were open. An alarm was ringing in the empty Virginia College space, but no one was paying any attention. A sign on the outside said the mall now closes at 5 p.m.

Cortana has been open since August 1976 and was the place to shop in Baton Rouge until the Mall of Louisiana, which opened in 1997, eventually wrested away the title.

Macy's closed its Cortana location in early 2016. That was followed by the news in January 2017 that Sears would leave the mall and then an announcement in March 2017 that J.C. Penney would shut its store. All three of the chains have been under financial pressure, and the Cortana stores were among scores that were identified nationally for closure to reduce costs. Virginia College, a non-retail occupant of a former department store space, closed at the end of 2018. All those properties — like Dillard's — are owned individually and separately from Moonbeam.

Dillard's corporate office did not respond to a request for comment about its operations. When the local store was reached by phone on Monday, a manager said there were no plans to close that location and it regularly gets shipments of clothes.

Another mall Moonbeam bought in 2013 has been in distress over the past year.

Century III Mall PA LLC, a subsidiary of Moonbeam, filed for Chapter 11 bankruptcy protection in September 2018 for a 1.3 million-square-foot mall near Pittsburgh. Several months later, Moonbeam gave tenants of the mall 30 days notice to vacate the property. Most of its anchor tenants, like Dick's Sporting Goods, have moved out but J.C. Penney remains.

Moonbeam wants to reorganize and redevelop the site as a mixed-use development but the subsidiary has not yet exited bankruptcy.