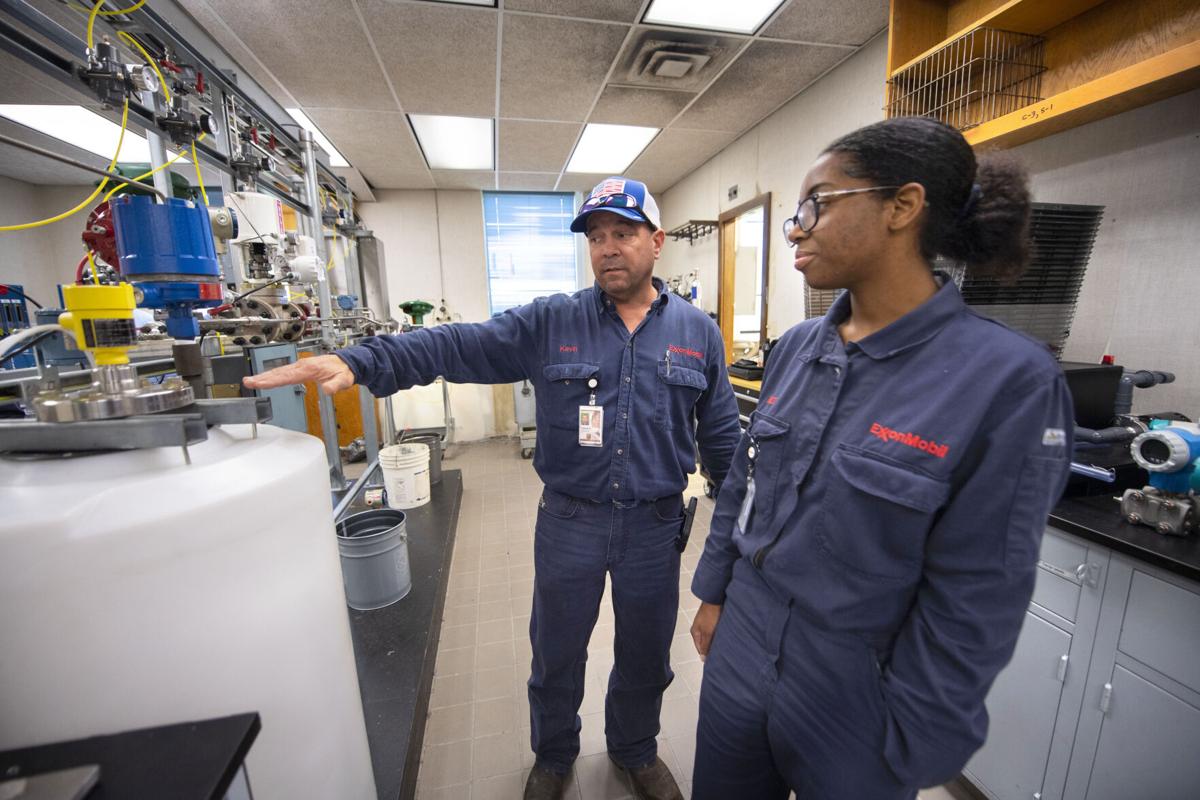 ExxonMobil instrument specialist Kevin Gouedy, left, talks in a lab with high school intern Kaylie Smith, 18. Smith is one of a half dozen students who spent several weeks this summer behind the fence line at ExxonMobil Baton Rouge for a new internship program. 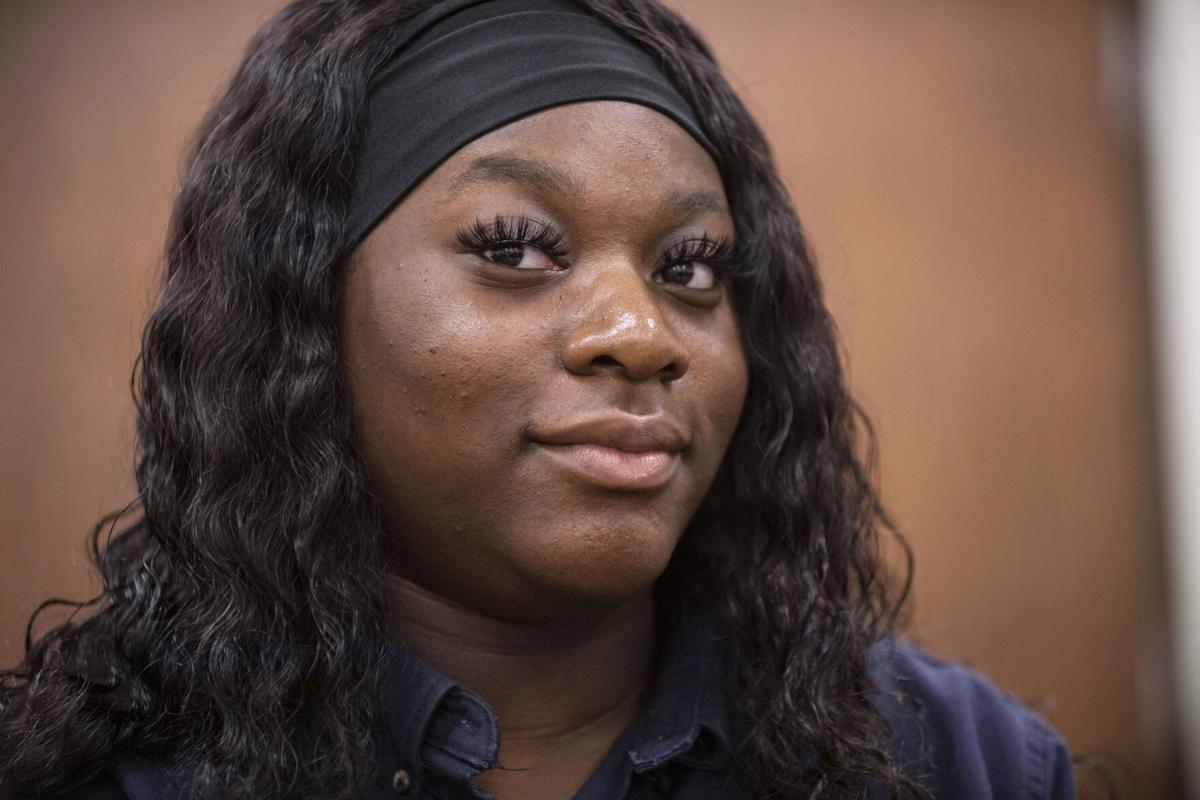 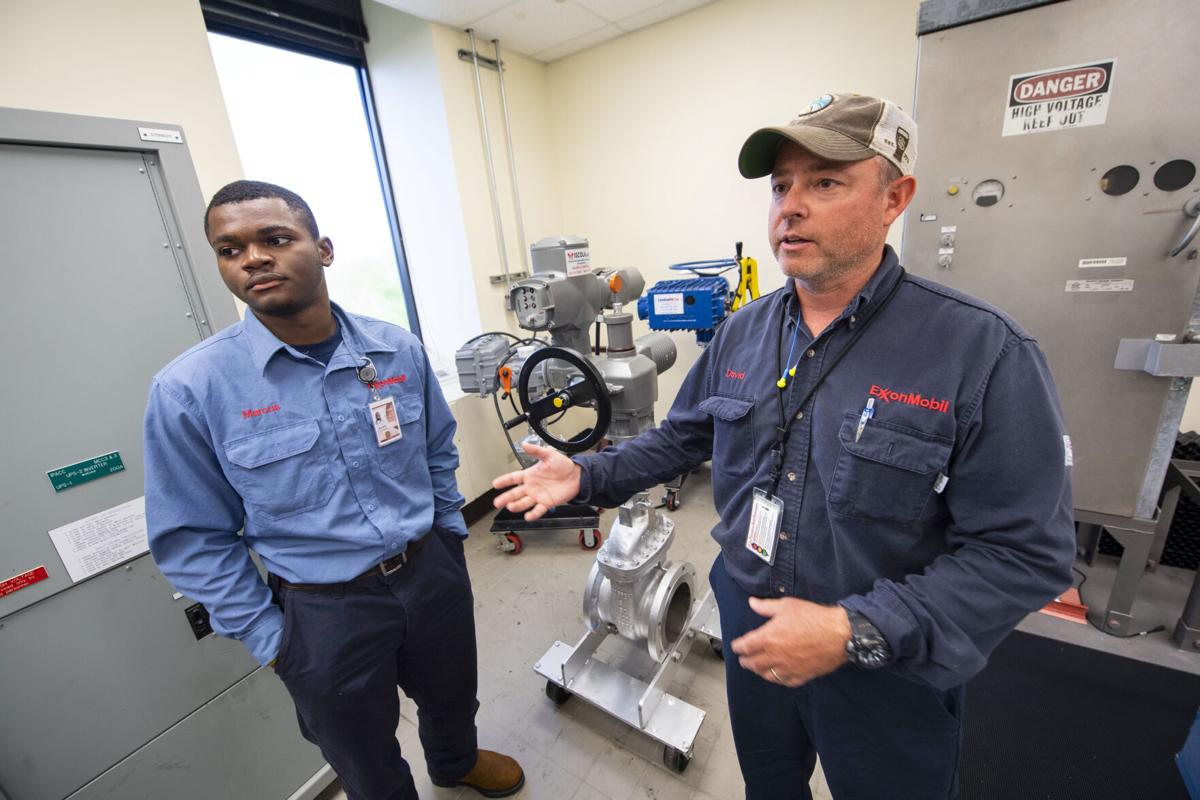 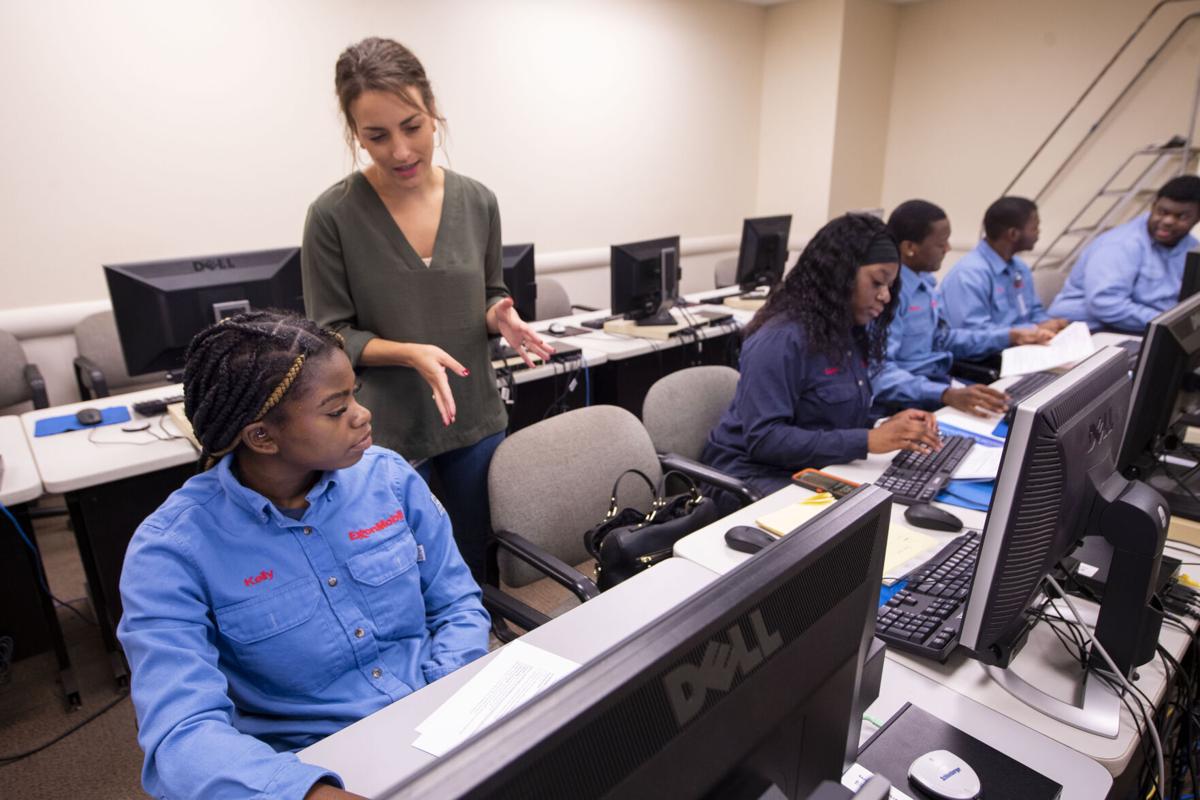 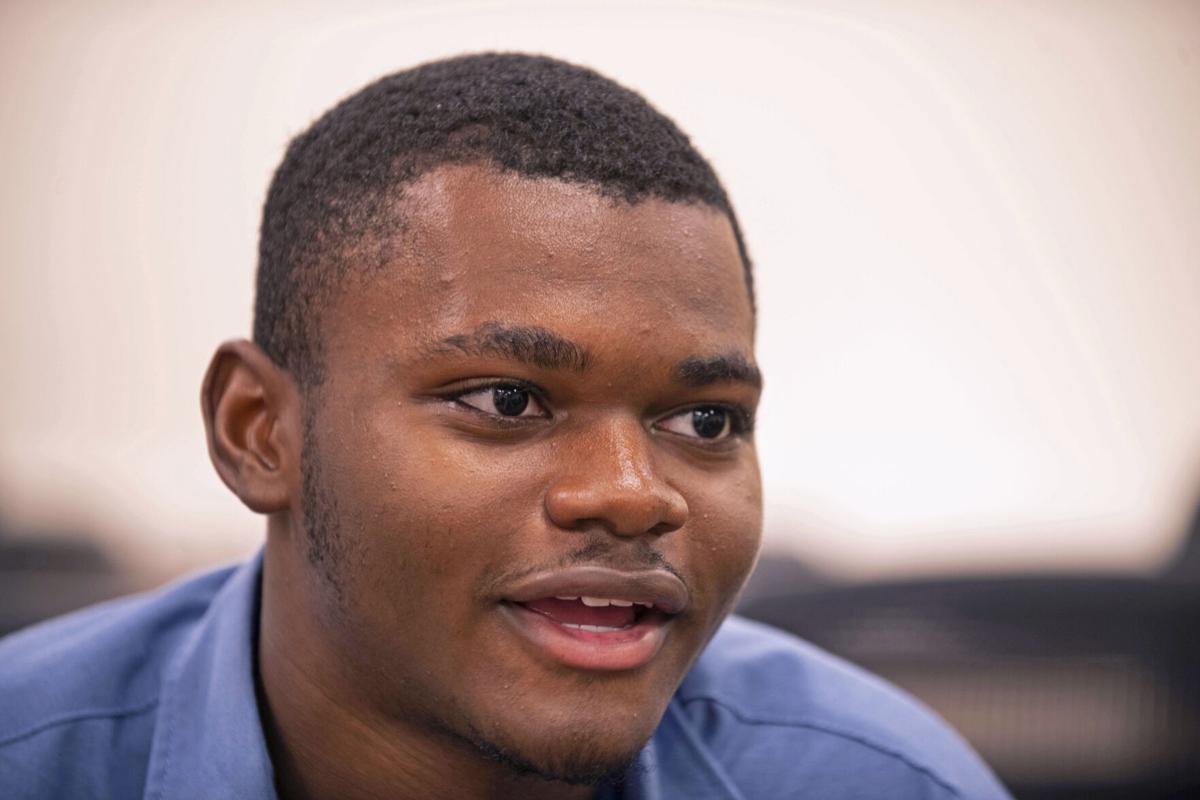 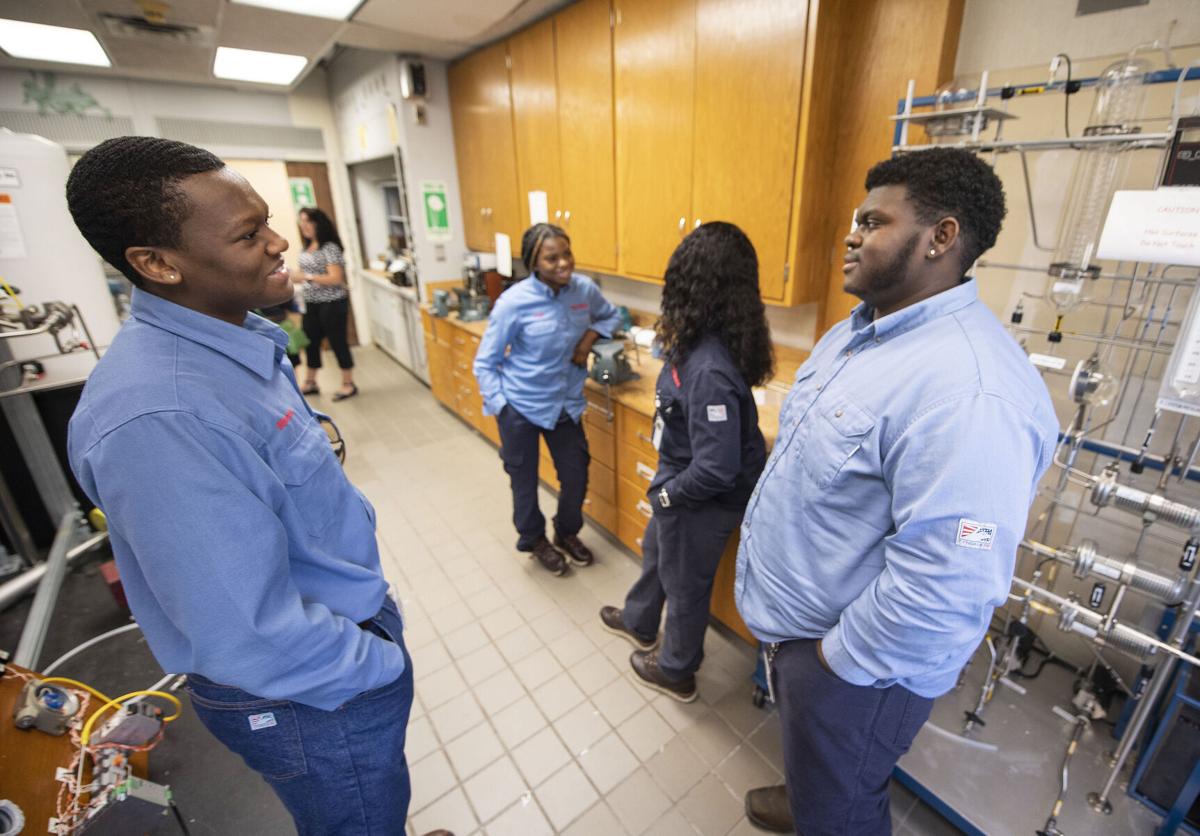 ExxonMobil instrument specialist Kevin Gouedy, left, talks in a lab with high school intern Kaylie Smith, 18. Smith is one of a half dozen students who spent several weeks this summer behind the fence line at ExxonMobil Baton Rouge for a new internship program.

Jayden Moody, now in her senior year at Istrouma High School, considered becoming a nurse, but now she's leaning toward engineering — either audio or mechanical.

Moody, 18, is one of a half-dozen students who spent several weeks this summer behind the fence line at ExxonMobil Baton Rouge for a new internship program.

"I like to be hands-on and build things," Moody said. "Everybody wants to do nursing, but then I thought about it, and that's not what I really want to do. My dream is to be in the music industry. I want to produce my own music."

But in the meantime, Moody plans to pursue a degree in mechanical engineering at Baton Rouge Community College while working at ExxonMobil. Moody said she was attracted by Exxon's offer to chip in for tuition.

The program was established to build the pipeline of potential workers at the plant. The company is considering starting similar internship programs at other ExxonMobil plants along the Gulf Coast.

"We have a lot of local talent right here," said Jeff Blohm, Baton Rouge mechanical manager who led the program.

Each intern was matched with an ExxonMobil employee as a mentor who offered insight into what various vocational careers in skilled trades do during the workday. The students spent time with millwrights, electricians, pipe fitters, welders and process technicians to learn about those careers.

Kaylie Smith, 18, a senior at Glen Oaks High School, was the only female in her class at BRCC to learn about electrical work. Her dream is to design cars for a manufacturer, but she's leaning toward mechanical engineering as well.

Smith said that having a mentor was "very significant," especially to answer all of her questions about the field.

Allen Stewart, 18, recently graduated from Episcopal High School and is headed to Tulane University this fall where he plans to get a law degree.

"My whole life I wanted to be an attorney," said Stewart. "This gave me a chance to see what's in the oil and gas industry. I like the business aspect of it. I thought it was just engineers and people with a trade, but it's so much more."

As part of the internship program, the company uses a training laboratory, which features clean machinery, connected to power but not petrochemicals. Specialist David Staid went through the process to start up the electrical system, which supplies power to the control room. This allows operators to oversee the various units that refine crude oil.

"This is an important piece of equipment for the operations out here, making sure the units are reliable," Staid said. "We can plug it in, operate it and troubleshoot it for training purposes."

On an average day, which usually runs from 6 a.m. to 4:30 p.m., Staid oversees nine electricians across the Baton Rouge complex.

Staid is the third generation in his family who have worked for ExxonMobil. He began working at the refinery complex as a contractor at 19 years old and worked his way up to become a supervisor over the years.

"I don't think either one of my daughters would come out here, but I would definitely recommend it; it's a great opportunity and career. The products that we make out here are used in every aspect of your daily life," he said.