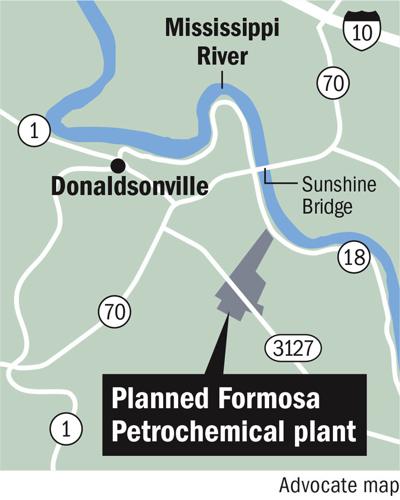 State and local governments in Louisiana have offered an estimated $1.5 billion in incentives to persuade a Taiwanese company to locate a $9.4 billion plastics complex along the Mississippi River upstream from New Orleans, Louisiana's secretary of economic development said.

The package includes about $1.4 billion in local property tax exemptions for the Formosa Petrochemicals Corp. subsidiary that would build and run the plant, Secretary Don Pierson said in a statement.

Louisiana's Board of Commerce and Industry approved the property tax break Wednesday without objection. Gov. John Bel Edwards' spokesman Richard Carbo said the governor intends to sign off on fully exempting the plastics complex from local property taxes for a decade. Such long-term exemptions are now against the rules, but this one could be grandfathered in because it was initially offered when the Formosa subsidiary first proposed the plant in 2015.

Edwards changed the property tax program's rules in mid-2016 to allow five years of full exemptions and three of 80 percent exemptions, saying he wanted limited tax dollars to be spent wisely. He earlier required tax breaks to be tied to job creation and retention and required local governments to be consulted. Some groups wanted more changes to reduce tax breaks.

An analysis made for Formosa subsidiary FG LA LLC by economist James Richardson estimates that the project will generate $675 million in new state and local taxes through 2035. His report estimated that, including ripple effect jobs, the plant will also bring $4.7 billion in new personal earnings and $18.5 billion in business spending statewide during the same period.

Aside from the industrial tax exemption program, other estimated incentives add up to about $146 million: $125 million over 10 years in rebates for well-paid jobs; $12 million in a performance-based grant; and $9 million for a state job training and recruitment program.

The Louisiana Environmental Action Network has criticized the project, saying it and other plants will increase air pollution in St. James Parish.

Formosa Petrochemical Corp. announced Monday that is has selected St. James Parish for a $9.4 billion chemical manufacturing complex. Here are…

Formosa Plastics Corp. USA plans to invest $332 million at its Baton Rouge facility in an expansion that will create 15 new jobs with annual s…